How VR and Artificial Skin Can Aid in Rehabilitation

How VR and Artificial Skin Can Aid in Rehabilitation 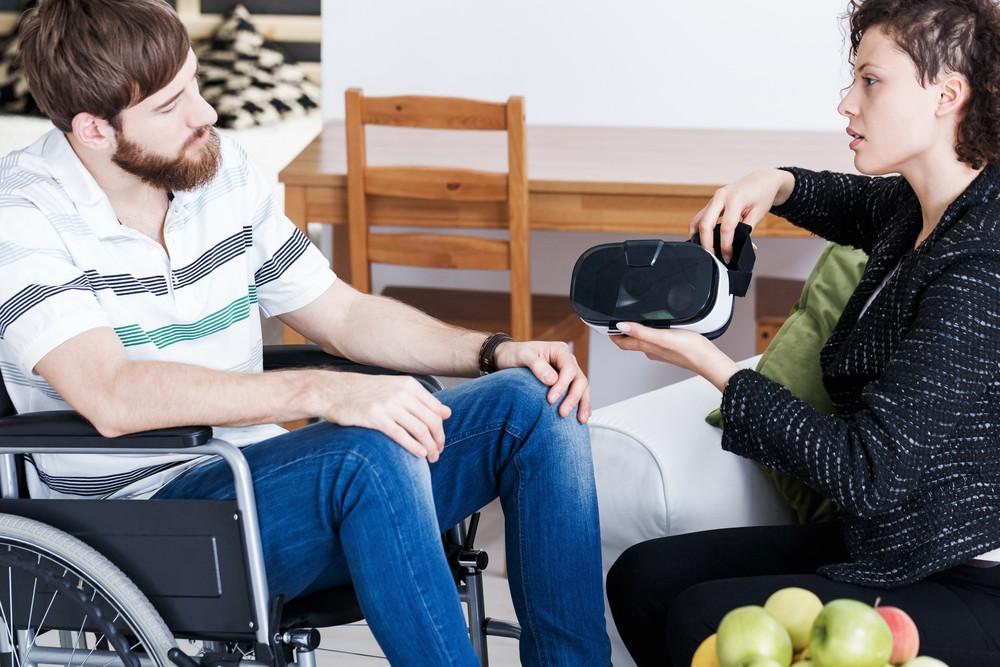 Conventional methods of rehabilitation and VR are used in tandem since the emergence of VR in the healthcare industry to accelerate recovery processes, and now artificial skin can take the treatment process to an entirely new level.

Since the very emergence of VR, the healthcare industry has adopted it to leverage the benefits that have the potential to reshape the industry. VR can help in physical rehabilitation by improving motors skills and aiding muscle recovery. Furthermore, VR can create a virtual world of all the memorable moments of the patient to improve the process of mental rehabilitation. Until now, patients were only able to see those moments. But now, a soft wearable interface with high-fidelity tactile feedback can help feel the artificial world of VR and relive past moments. A group of researchers from robotic laboratories, situated in SWISS, created artificial skin that can allow the patients to touch the objects of the virtual environment and feel them.

The Functioning of Artificial Skin to Benefit Rehabilitation and VR

The system used to operate the artificial skin consists of soft sensors and soft pneumatic actuators (SPAs). The soft sensors and actuators can provide feedback in the form of vibration and pressure. The feedback provided is then adjusted in real time to give a sense of touch that can be as realistic as possible, to the rehab patient. The integration of sensors and actuators gives close control to modulate the vibration stimulation felt by the patient. The artificial skin is made of silicon and electrodes. The skin comprises a membrane and a sensor layer. By pumping air into the membrane of the artificial skin, it can be inflated. The inflammation can be tuned to varying pressures and frequencies ranging from 0Hz to 100Hz. The sensor layer is based on solid gallium and a mix of liquid that can convert mechanical stress to change in electrical resistance. The membrane layer of the artificial skin starts vibrating when it is inflated and deflated rapidly. The liquid-solid gallium mixture electrodes of the sensor layer measure the vibrations continuously and send the data to a micro-controller. The micro-controller uses the haptic feedback to fine-tune the sensation transmitted to the artificial skin according to the movement and changes of external factors.

The artificial skin developed by the researchers at robotic laboratories is the first time anyone has created a wearable that can give a sensation of touch. Even at this early stage of development, artificial skin has the ability to be stretched up to four times its original size. The stretching ability gives artificial skin the potential to adapt to the patient’s movements instantaneously.