Will Blockchain Help us Avoid the Next Financial Crisis?

Will Blockchain Help us Avoid the Next Financial Crisis? 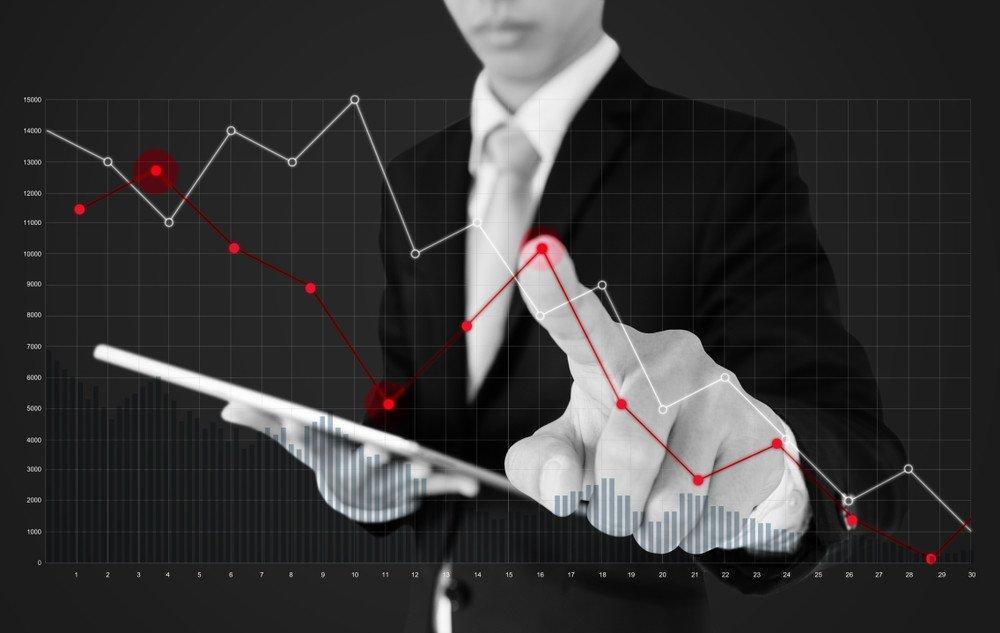 The global economy can avoid a financial crisis with blockchain’s increased transparency, improved security, and decentralized ledgers for everyone on the network. 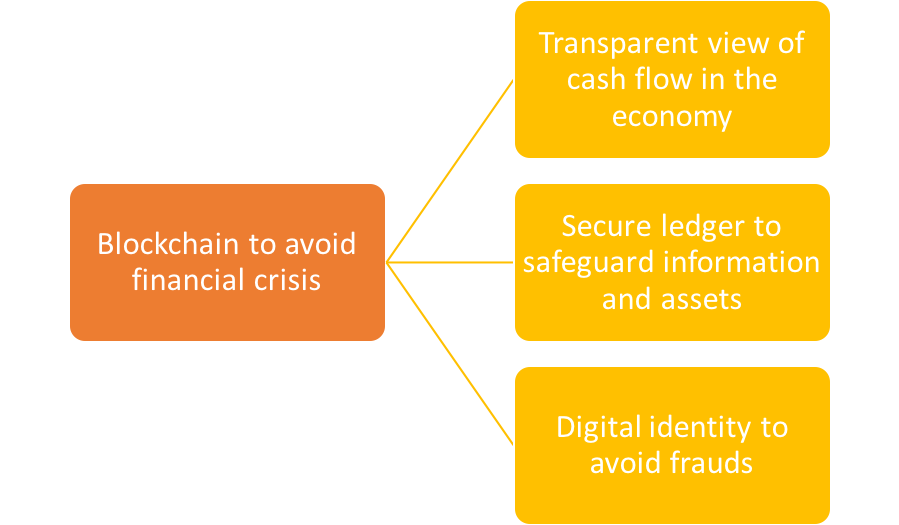 When regulatory authorities or central banks get a clear view of the financial transactions going on in the economy, they can gauge any discrepencies if any. This tracking of cash flow assists in understanding if there are any threats to the economy because of a bank’s faulty policies or operations. Furthermore, regulatory banks can also understand whether a financial agency requires support in their operations or if they need to be brought under control.

With the help of blockchain technology, banking authorities can get a clear picture on the performance of their monetary policy. Moreover, regulatory banks will also get to understand if they should increase or decrease the lending rates at any point in time. Well thought through measures like these will help banks inspire confidence from the customers.

Blockchain’s security is much talked about. The reason for this is the use of cryptographic ledgers with blockchain. With cryptographic ledgers, information is secured using cryptography. To access information you need the right key, which is available only to the owner of the information. If a hacker intends to attack a blockchain network and access classified information, she has to breach every system connected on the network. As this task is extremely difficult, blockchain is considered to be extremely secure. So, banking authorities can rest assured that no unauthorized individual can hack into the system and attack their resources.

Blockchain powers smart contracts and digital identities. A smart contract is an electronic agreement between two individuals. When used in the banking sector, a smart contract can be used to file an agreement or a deal between the various financial institutions and the central bank and between the banks and the customers. Moreover, to avoid loan frauds, financial firms can introduce digital identities to ensure that their customers are trustworthy and are eligible for a loan. This would drastically lower the chances of a bad debt.

Banking authorities can take a look at how Singapore’s regulatory bank is leveraging blockchain technology. They can also keep track of extensive researches being carried out in the banking sector to maintain economic stability. A financial crisis is a remote possibility with blockchain and the technology can help central banks withstand the storm if the need be.

View all
This is How Machine Learning Can Solve Your PR Problems
Why the Best Leaders Are Authentic Even When It’s Uncomfortable
Identifying Weak Spots in Your Business: What You Should Be Paying Attention to
How Brand Strategy Can Help You Identify Your Purpose & Values
Calculated Risks and the Missing Competency of an Anticipatory Mindset
5 Money-Saving Tricks to Remember When Building an Ecommerce Website
5 Companies Committed to Hitting Net Zero in 2022
6 Ways to Control Erosion at Construction Sites
Is Deep Learning Useful For Disaster Management?
Energy Crisis: An Unexpected Ally Saved Europe From a Great Blackout
The Negative Environmental Impact Of Robotics
Electrical Engineering & Substation Training Using Virtual Reality
How A Russia-Ukraine Conflict Could Affect Commodities
5 Steps That Will Help You Towards a Safe, Secure, and Fun Retirement
4 Practical Ways to Streamline Your Company's FP&A Workflows
The Value of Gold During the COVID-19 Pandemic
4 Ways IoT is Revolutionizing The Finance Industry
The U.S. Federal Reserve Feeds Cryptocurrency Volatility
Sectoral Training: Does it Work?
How Interest Rate Hikes May Trigger a Recession
Public Opinion on Capitalism and Socialism
Why Football Needs a Revolution? Introducing Football 4.0
Central Bank Digital Currency: The Fed Speaks
Who Benefits from Canceling Student Loans?
Is Artificial Intelligence Fueling a Nuclear Arms Race?
Dubai Becomes World’s First 100% Paperless Government
Is Social Media the Breeding Ground For Fake News?
Why Countries Need A National Artificial Intelligence Strategy
Money versus Currency: How Governments Steal Wealth
Eric Zemmour Officially Announces His Candidacy For French Presidency
Using AI and Computer Vision to Reduce Misinformation on the Web
A Robot Performs Laparoscopic Surgery Without Human Help
How Augmented Reality is Helping Disabled People
The Forgotten Pandemic: The Shortage of Nurses
Pandemic Risks, Responses & Responsibilities: A Tale of Four (Bungled) Phases
Why Do Space Agencies Want to Bring 3D Metal Printing to Space
Tip Toeing Through the Tulips?
Content Marketing in 2022: Old School In A New World
How to Make Yourself Indispensable at Work
How to Manage Your Nerves Before a Big Speech
Generate New Ideas From A Cluster of Strangers
How to Get Your Garden Ready For Spring
How Blockchain is Helping with Procurement in Organizations
3 Best Practices For Predictive Data Modeling
Is the Blockchain Technology Doing Any Good to the Transportation Industry?
Is The World Ready for Instant IoT?
How Design Thinking Can Reboot Your Life & Career During A Crisis
Rethinking Data Science and Engineering: Data Sets and Time Series