The Highs and Lows of Indian Real Estate in 2018

The Highs and Lows of Indian Real Estate in 2018 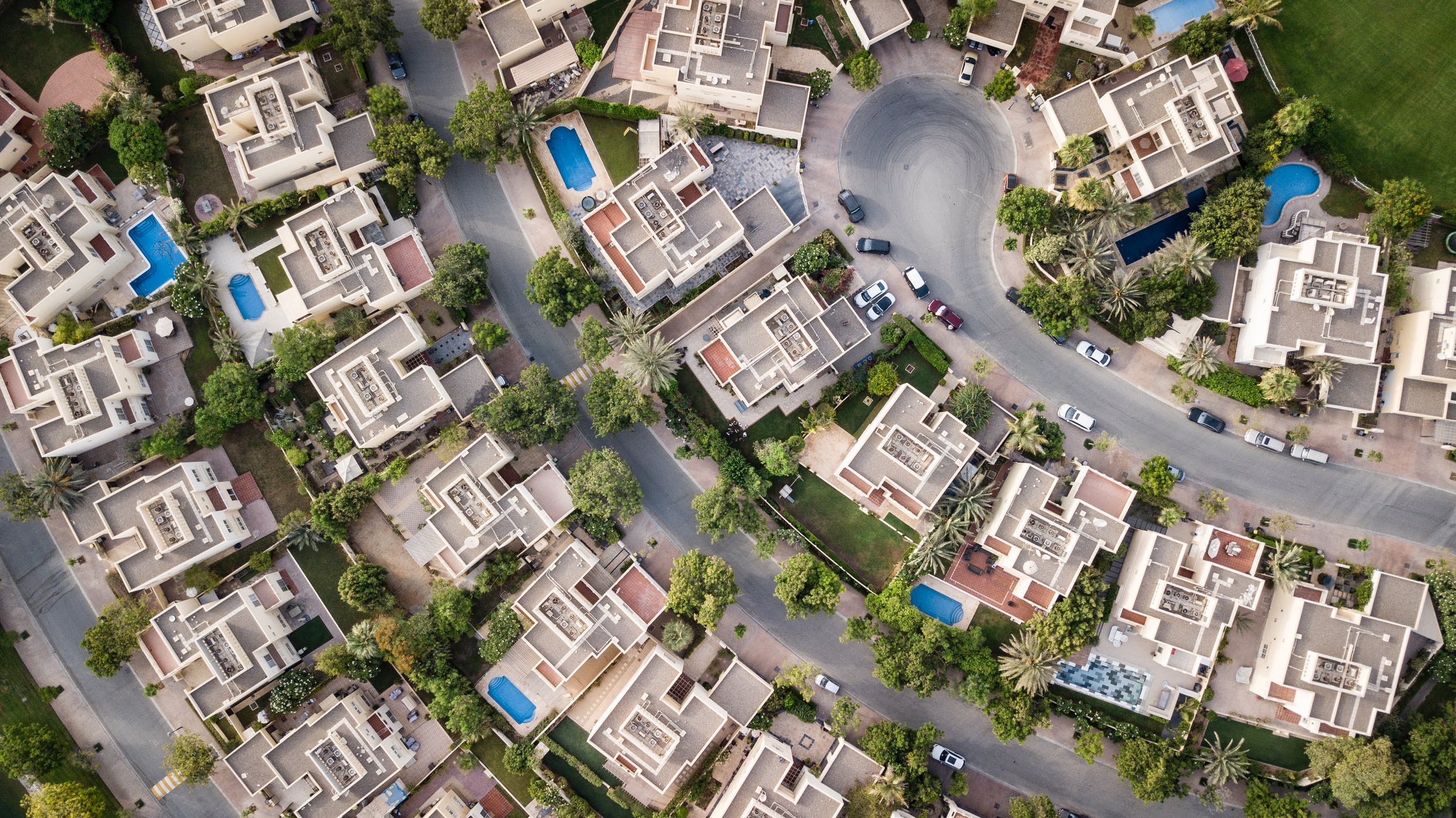 2018 was a veritable roller-coaster ride for the Indian real estate. Despite signs of recovery across segments, the liquidity crunch – further exacerbated by the NBFC crisis – put all industry stakeholders on tenterhooks. Consolidation via mergers and acquisitions was rife in all sectors, completely redefining the concept of ‘financial health’ among players and drawing clear lines on who will survive the heat. This process will continue throughout 2019, as well.

Despite all odds, economic indicators remained positive with India’s GDP growth rate pegged at 7.3% in 2018. CPI inflation, a major concern in the past, remained reined in at a manageable 4.8%. GDP growth and contained inflation are generally considered panacea for most real estate woes. However, it took a lot more than that for real estate to retain even a semblance of an even keel in 2018.

The initial agony of policy overhauls like RERA and GST faded, leaving in its wake a reluctantly more transparent and efficient real estate market environment. While affordable housing took centre-stage in residential, co-working emerged as the new poster boy of commercial real estate. Logistics and warehousing saw significant growth. Despite minimal new supply in 2018, the retail real estate sector held its own on the back of conducive FDI norms.

Coming as it did almost at the end of the year, the NBFC crisis put an entirely new spin to India’s 'cautiously optimistic outlook' and as of now, it shows no signs of relenting. The Indian real estate sector enters 2019 with a gun to its head. Strong intervention from the Government and RBI is definitely called for.

In terms of market traction, commercial real estate retained its status as the most buoyant sector in 2018 across major cities. Demand for Grade A office space saw new highs and vacancy levels declined in prime locales.

India’s first REIT listings, now expected to happen in early 2019, will result in massive liquidity infusions into commercial office spaces. This, in turn, will prompt commercial property developers to focus more on this segment to fulfil demand from occupiers across the IT/ITeS, BFSI, manufacturing and co-working sectors.

Big-bang boosters like the start-up revolution and Smart Cities scheme helped create a lucrative environment for businesses to work and expand, inevitably increasing demand for office spaces. Proactive Government policies further increased the ease of doing business in India, revving up the confidence of global entities.

Concurrently, office real estate in most Tier I cities emerged as strong investment options for producing higher yields than the other segments of real estate. The increasing presence of institutional investors in India’s commercial real estate space helped improve governance, making it more structured and transparent.

Bengaluru retained its top position in 2018, with more than 8 mn. sq. ft. of new supply in 2018. Office absorption in Bengaluru is expected to cross 11 mn. sq. ft. by the end of Q4 2018, denoting a massive annual increase of 37%. The city’s large talent pool, its vibrant start-up culture, ample Grade A office stock, relatively affordable rents and steady demand from the IT/ITeS sectors, BFSI and co-working spaces prompted this growth.

2018 saw further liberalization of FDI policies, repositioning Indian retail on the global investment map and attracting a large number of global retailers into the country. In H1 2018, private equity investments into Indian retail swelled to over $300 million, denoting a bracing growth of 54% over the previous year.

Worryingly or encouragingly (depending on one’s viewpoint) online retail also witnessed exponential growth in 2018. In fact, online retailing is now expected to be at par with physical retail over the next 5 years. With India positioned to become the world’s fastest-growing e-commerce market, online retail in the country is driven by robust investments and deepening internet penetration in the country.

Saturation of the metros due to limited space availability, mounting rental values and escalating infrastructure issues fuelled retail growth in smaller cities like Ahmedabad, Bhubaneshwar, Jaipur, Lucknow, Thiruvananthapuram, etc. New malls that became operational in the smaller cities in 2018 range from anything between 200,000 to 18,00,000 sq. ft. in size, amply vouchsafing the increasing appetite for organized retail in the hitherto underserved cities.

In response to the huge potential in these markets, both domestic and international brands made deep forays into them via the online route, followed by more gradual offline presence. This disparity is hard to ignore and sends out a clear signal to investors and mall developers – physical retail deployment must pick up considerable pace in these smaller markets in the coming years.

The fallout of RERA and GST was still very visible in 2018, but the dust began to settle. With developers and brokers accepting the new market realities and beginning to fall in line, the residential sector began to regain visibility and viability. Transparency and accountability – never the defining characteristics of Indian real estate – became the 'new normal' this year, and the market reacted positively. 81% respondents in ANAROCK’s Consumer Survey, which covers both resident and non-resident Indians (NRIs), believe that Indian real estate has become more credible and efficient.

Even though sales and new supply picked up q-o-q across the top cities, the issue of stalled projects showed few signs of resolution in 2018. However, a number of landmark court judgments strongly indicated that the Indian legal system is awake and aware of the problem. 2018 was a year where consumers, previously held hostage by lack of efficient regulation, finally felt that they are being heard and represented. As is always the case, the process of resolving a problem starts with acknowledging that a problem exists.

At a city-level too, average property prices hovered mostly around the same levels in 2018 versus last year. Q-o-q trends also suggest that there was no headwind change across cities – remaining well within 3%.

Affordable housing, backed by a series of government sops during 2018, kept the residential supply momentum ticking. In sharp contrast to earlier years where the ‘affordable’ tag was considered down-market and avoidable, 2018 saw almost every real estate developer – regardless of market footprint and previous category orientations – eager to take a bite out of the affordable housing pie.

India’s ever-growing middle-class, rapid infrastructure development, rise in foreign tourists and the provision of the e-Tourist visa facility to nearly 164 countries gave a major boost to the hospitality industry in 2018. Technology played a vital role, with 2018 seeing a significant rise in the number of online bookings via mobile devices and apps. Social media platforms also drove significant footfalls.

Branded budget hotels emerged as the flavour of the year for Indian hospitality. Demand for hotel rooms continued to be driven by the meetings, incentives, conferencing and exhibitions (MICE) segment, further underscoring the benefits of India’s improved ease of doing business rankings.

Nevertheless, 2018 saw at least one major setback for the hotels industry - the 28% GST on luxury hotels gave India the dubious distinction of being one of the world’s most taxed hospitality markets.

Innovation was the key word for the hospitality sector in 2018, with most player re-inventing their strategies and designing customized products to attract tourists. The retention and acquisition of key assets made for a lot of headline reportage, but the stronger, though subtler ‘vibe’ emanating from the hospitality industry was the struggle against becoming obsolete and irrelevant.

The logistics & warehousing sector transformed rapidly in 2018 after the Government granted the coveted infrastructure status to logistics in November 2017. In fact, warehouse stock supply is expected to see substantial increase over the next two years owing to implementation of GST, the Government’s determined infrastructure push and increased interest from national and international investors. Overall, strong economic fundamentals, proactive reforms and increasing use of technology will continue to boost the sector.

Besides conventional sectors, 2018 also saw the emergence of alternate asset beyond senior living. Student housing and co-living, barely mentioned or considered in previous years, drew considerable interest not only from industry watchdogs but also institutional funds.

Fast Forward: Trends That Will Shape 2019