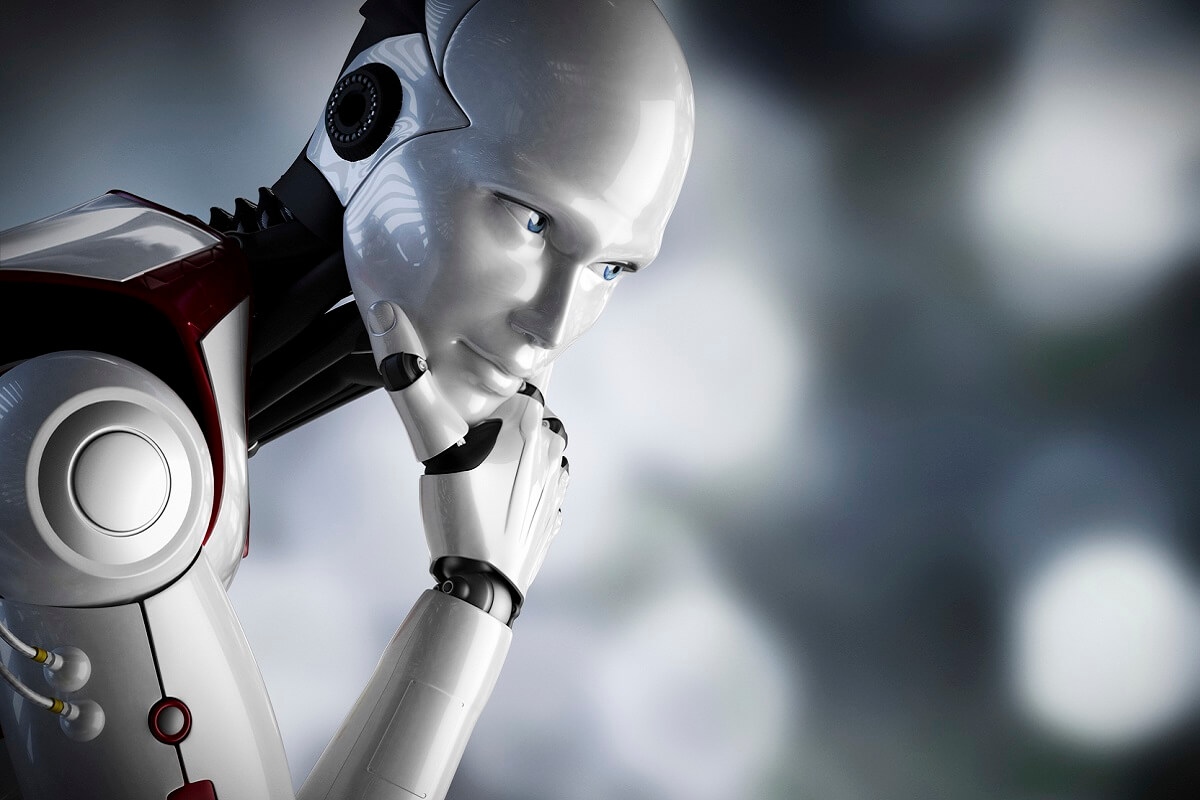 Artificial intelligence (AI) leverages computers and machines to mimic the problem-solving and decision-making capabilities of the human mind. 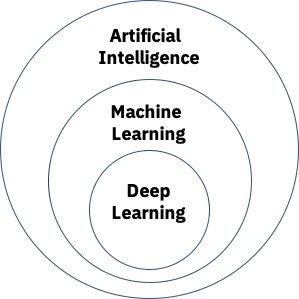 Artificial intelligence is the science and engineering of making intelligent machines, especially intelligent computer programs. It is related to the similar task of using computers to understand human intelligence, but AI does not have to confine itself to methods that are biologically observable.

Tesla CEO Elon Musk, the second richest in the world, even stated: "We’re headed toward a situation where AI is vastly smarter than humans. I think that time frame is less than five years from now.”

What Are the Three Types of Artificial Intelligence?

What's the Difference Between Artificial Intelligence and Machine Learning

Despite the similarities, artificial intelligence (AI) and maching learning (ML) are different. Machine learning is a subset of artificial intelligence. AI is a bigger concept to create intelligent machines that can simulate human thinking capability and behavior, whereas, machine learning is an application or subset of AI that allows machines to learn from data without being programmed explicitly. 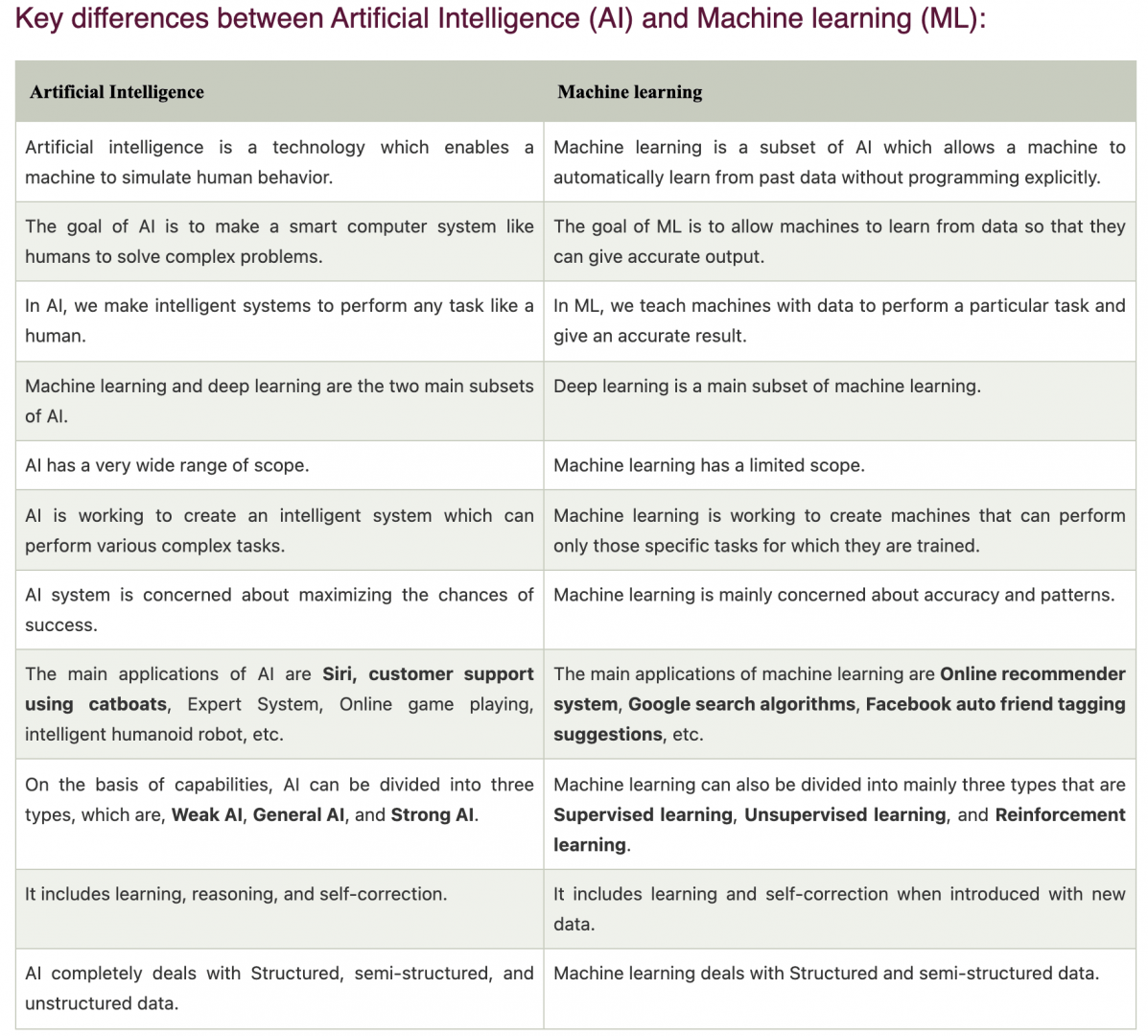 
Here are some common machine learning applications you may be familiar with:

What's the Difference Between Maching Learning and Deep Learning?

[Real] AI is the study of intellectual principles, phenomena and functions, as cognition, intelligence, intellect, reasoning, learning and understanding, in machines and computer systems, to effectively interact with the world.

The field of Machine Learning was supposed to seek to answer the question:

“How can we build computer systems that automatically improve with experience, and what are the fundamental laws that govern all learning processes?”

In fact, Machine learning is the study of computer algorithms building mathematical models from input data based on sample data, known as "training data", in order to curve-fit, interpolate or extrapolate.

It is a method of data analysis that automates analytical model building. Using these technologies, computers can be trained to accomplish specific tasks by processing large amounts of data and recognizing patterns in the data.

Machine learning is automation and iterative processes, statistical learning and statistical computing or predictive analytics. It has nothing with real learning, as acquiring new understanding, knowledge, skills, values, and behaviors.

To proceed, one needs to master some maths – statistics, probability, linear algebra, functional analysis and calculus, added with programming language and data modeling.

Again, deep learning sets up basic parameters about the data and trains the computer to curve-fit automatically by interpolating data patterns using many layers of processing as well as the backpropagation and optimization algorithms.

Neural networks are computing systems with interconnected nodes loosely mimicking neurons in the human brain. Using ML/DL algorithms, they can compute some patterns and correlations in raw data, cluster and classify it.

All in all, the possible future scenarios, if we further proceed with such a fake AI/MLDL/NN, are vividly pictured as below. 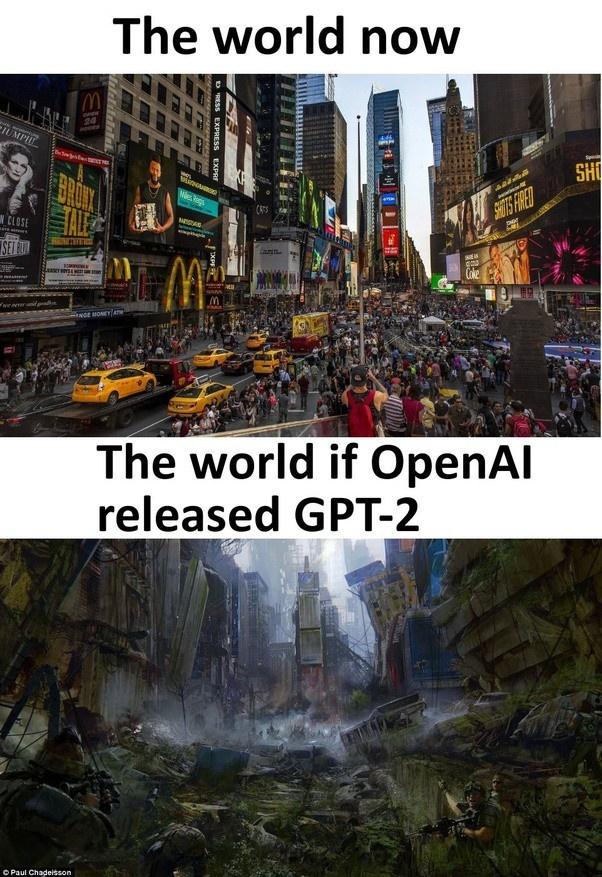 AI with Automation and Robotics emerge as the genuine General Purpose Technology for the all previous ones: the power engine, railroad, interchangeable parts, electricity, electronics, mechanization, control theory (automation), the automobile, the computer, the Internet, nanotechnology, biotechnology, and machine learning.

Real AI development has all the power to transform the world and upend all human institutions. Its socio-political and economic impact could be more than the first nuclear bomb, the Sputnik 1957, and the first man in space 1961.

The purpose of our project is the [Real or General or Universal] Artificial Intelligence Model designed, developed, deployed, and distributed as globally intelligent systems.

Findings: It is developed the first model of the most sought-after technology, Global AI & ML, as including the following elements of the Universal Intelligent Platform, named I-World:

As part of Global AI4EE initiative, the Universal AI & ML Model is to be open for the international organizations and leading high-tech corporations and national governments, as the EU, Russia, USA, China, as well as the UN as promoting 17 Sustainable Development Goals.