Edge AI: The Next Step In AI Evolution

Edge AI: The Next Step In AI Evolution

Artificial intelligence (AI) has been a steady presence in businesses around the world for quite some time now.

The transformative powers and abilities of AI have boosted the ease of business operations as well as the ROI for organizations. Now, edge AI represents the next phase of the technology’s development.

Most filmmakers and authors face a problem commonly known as the sophomore slump while attempting to create a follow-up to their first movie or book. The dreaded slump is associated with the inevitable dip in quality that usually accompanies their second film or novel, especially if the debut effort was genuinely amazing. After all, how do you top something that was (and continues to be) loved by the masses and critics alike? It is hard to improve a project or concept that is near-perfect in every way. A concept that has changed the game with its levels of innovation and ingenuity. In other words, a concept such as artificial intelligence. Despite its few weaknesses, AI continues to have a positive impact on the work quality and productivity in several organizations around the world. Automation on a large scale can be achieved by AI-powered systems in any industry, be it healthcare, national defense, or e-commerce.

So, what is edge AI? It consists of AI models and algorithms that process data locally on a standalone hardware device. In short, AI technology is local, smaller in size, and more accessible for common people. The AI algorithms in such devices use data generated locally for real-time machine learning purposes. The data to be processed locally is sent and received through transmitted signals and sensors on such devices. Such 'endpoint' AI systems do not need to be digitally connected to a cloud for performing tasks and operations locally. Instead, they possess the ability of processing data and making decisions independently. As stated earlier, edge computing, which brings the powers of AI to your personal devices, needs the presence of inbuilt microprocessors and receptors to attain processable data. 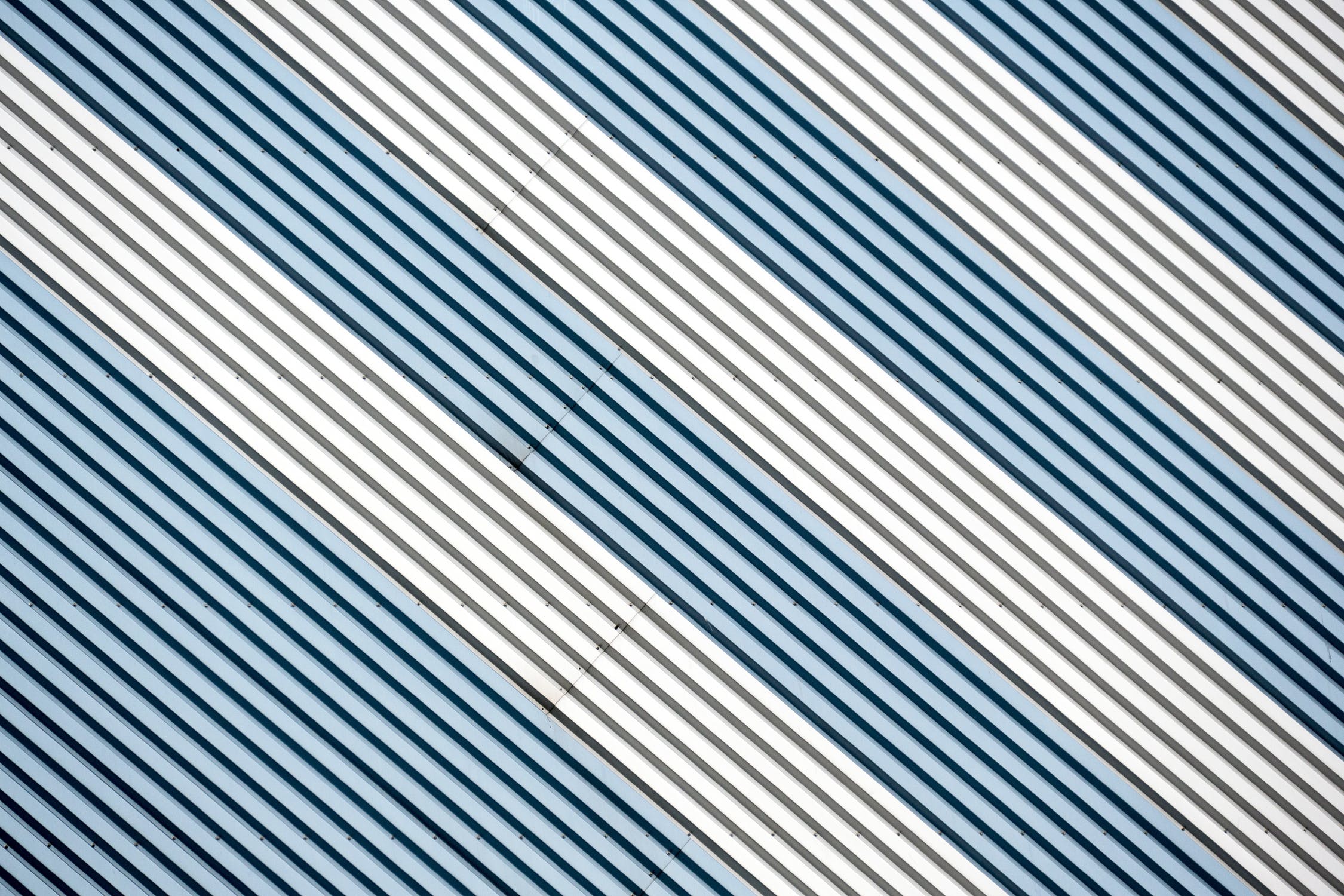 Whether edge AI is better than its regular counterpart is debatable because they both perform slightly different tasks with the seamless efficiency and speed that we associate with AI. So, comparing them may not be a straightforward task. Most importantly, edge AI is an evolved version of its elder sibling. Here, we will see some of the main qualities of edge AI.

a) Reduced Expenses and Bandwidth Requirements

Cloud-based AI systems use plenty of data for their operations and need large bandwidth to function normally. As a result, the costs related to data and bandwidth usage are generally high for organizations that depend heavily on AI for their daily functioning. Edge AI keeps data processing local to a device. Accordingly, the bandwidth usage for edge AI-powered devices will not be as high as those using traditional cloud AI. As a result, the bandwidth costs can be kept in check. What's more, edge AI users get their results faster too as the network traffic is low for their networks and devices.

b) Greater Autonomy and Performance in Endpoint Devices

One of the main characteristics of edge AI is the increased independence it provides to all endpoint devices. As specified earlier, such devices need not be connected to a central server for their functioning. As a result, the speed and efficiency of such devices is consistently high. An example of this quality is an autonomous driving system present in a car on a busy road. The AI within such a system is highly automated and makes corrections and adjustments on the fly while motoring an unmanned vehicle through any type of road, regardless of external factors. Machine learning in edge AI devices is achieved usually in real-time.

Additionally, edge AI-enabled devices show greater responsiveness and performance levels than the devices powered by standard AI. As we know by now, edge AI computers process data locally, thereby eliminating the lag the comes with sending data back and forth from a cloud-based infrastructure. As a result, the endpoint performance is stronger with minimal lag.

It goes without saying that data privacy and security are important parameters in modern computing. The likelihood of losing data that is being transmitted through various communication channels in a cloud computing network is always there. The main causative factor for a data breach in such cases is the sheer distance between two or more data points. Therefore, organizations using cloud-based computing and AI solutions need to go to great lengths to ensure the effective protection of their data. Edge computing, in general, reduces the chances of breach or leakage due to the local processing of data. In addition to this, users can set limiters on who can access the data stored within their personal devices. Therefore, edge AI acts as a safer option for user data processing.

Now that we have seen the benefits of edge AI solutions in comparison with traditional or cloud-based computing systems, here are some of the common real-world applications of edge AI possible today: 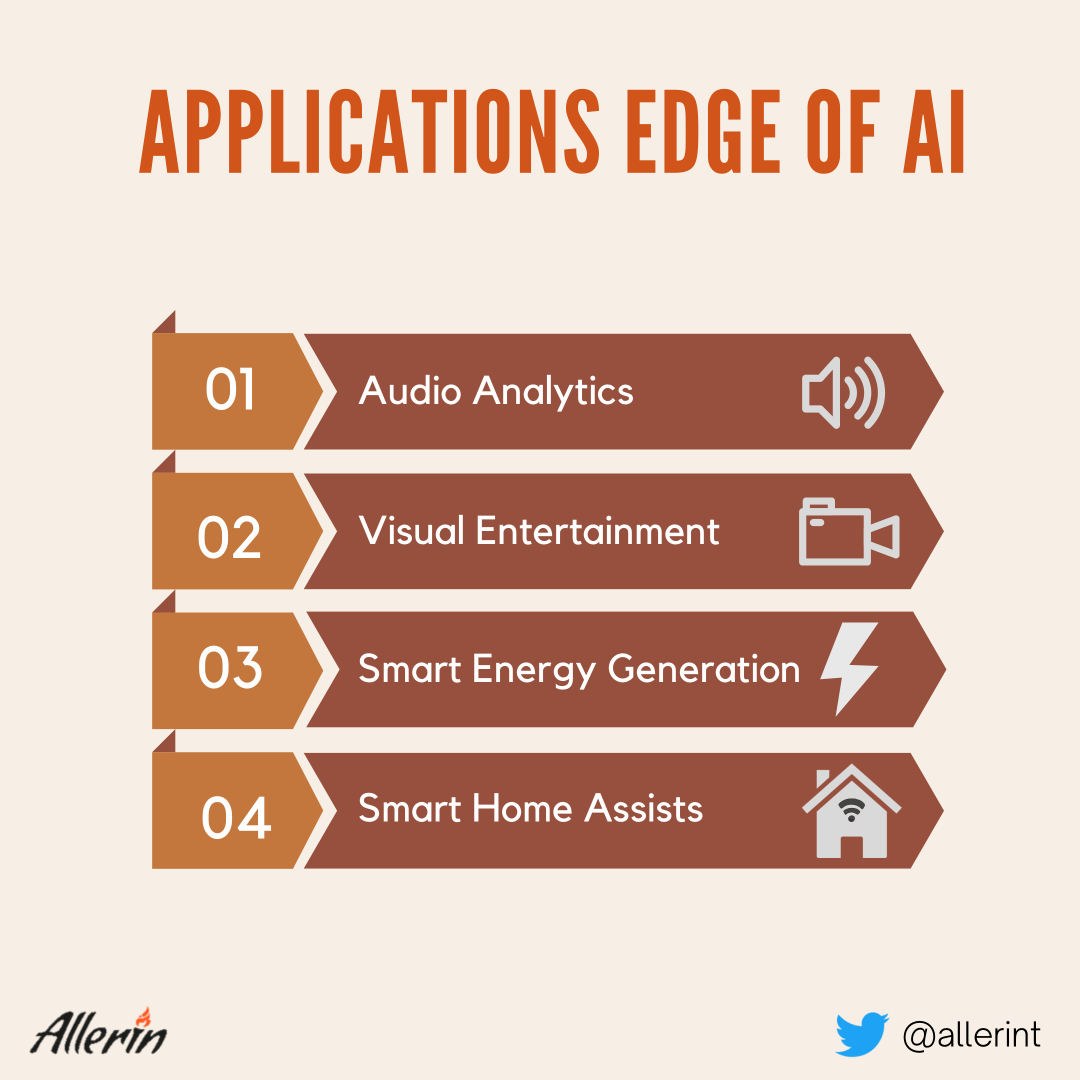 The recognition of audio inputs and processing the data found in them are two critical requirements in several devices today. Audio analytics can be used for various purposes, such as Identification and Access Management (IAM) or voice recognition-driven commands in mobile phones or luxury vehicles. Deep learning and edge AI are applied in noise-canceling devices to assist the system with closely analyzing various sound triggers and nullifying them. Another example of AI influencing audio analytics is accident prevention systems installed in automobiles that can detect approaching vehicles with computer vision-based visuals as well as sounds (even amidst heavy disturbance and background noise) and take preventive actions to protect the people in the vehicle. Additionally, human-speech analysis is an important part of audio analysis. Artificial neural networks and Natural Language Processing (NLP) tools can be configured to train edge-based AI models in language and keyword recognition. This feature is useful to carry out voice command requests made on these devices. Apart from that, applications such as text-to-speech conversion and vice versa can be achieved in edge AI systems too. Finally, audio analytics of edge AI is used in AI-powered chatbots too.

Applications such as interconnected wind farms can be conceptualized and implemented seamlessly with edge AI. Generally, the cost of running such systems will be sky-high if cloud-only systems were used for the purpose. In contrast, the costs of data procurement, management, and processing can be kept in control even if a combined cloud-edge system is used for computing operations. Wind farms need endpoint-based solutions as they use several surveillance cameras, access sensors, biometric security sensors for employees working near the wind turbines. These devices and sensors must operate efficiently and process data at lightning-quick speed for the other wind farm operations to be successful. Therefore, edge AI solutions are useful for cutting down the costs in wind energy generation systems as well as reducing the overall processing time and volume of bandwidth used.

Edge AI is extensively used in modern visual entertainment systems involving Augmented Reality, Virtual Reality and Mixed Reality. For these types of systems, it is essential that data processing and AI analysis is done on a local basis so that time and costs are saved. As we know, AR systems need users to wear virtual reality or 3D glasses for fully enjoying their visually immersive experience. Edge computing and AI make it possible for the size of the glasses to be reduced since computing mechanisms are handled offline through specialized edge servers.

Microsoft's Hololens is an application of edge AI and computing being used in AR-related entertainment. Hololens includes a holographic computer incorporated into a wearable headset to make the AR-viewing experience truly memorable for users. The Hololens is Microsoft's interpretation of edge AI (or edge computing) to be applied for futuristic gaming, data analysis, and even medical imaging purposes.

Smart home assistants such as Amazon’s Alexa and Google Home are in vogue in today’s AI-dependent world. As you may expect, such devices and systems use edge AI’s enhanced speed and data mobility to make the concept of smart homes more viable and implementable.

As stated at the beginning, AI is nearly perfect for any kind of digital operation. Edge AI takes AI’s concepts and improves the technology in several different ways. As the next evolutionary phase, edge AI promises to make the technology even more ubiquitous than it is now.

Top Tips That Will Help You Gain Control of Your Bank Account Again
Do You Sound Like a Leader?
A Lateral Way To Expose War Crimes and Fight Disinformation
Labor Economics | Future of Work | Supply Squeeze | Manufacturing
How AI Can Assist Law Enforcement Agencies with Nabbing Online Slanderers