How Are Scientists Controlling a Robot on Mars?

How Are Scientists Controlling a Robot on Mars? 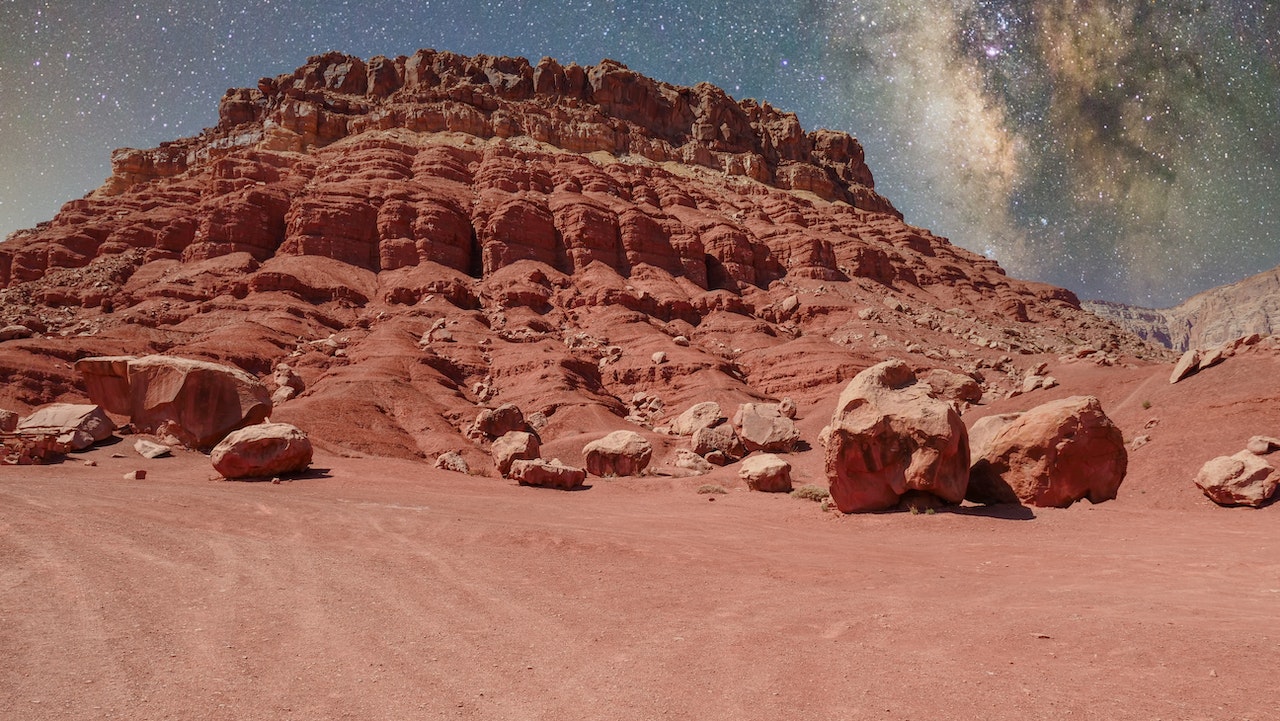 As far as the eye can see, the landscape is littered with formidable red rocks.

On the desolate dunes of a distant planet, a robot roves in search of life, past or present, navigating the treacherous terrain unscathed. As it turns out, controlling a robot isn’t as simple as driving a car or even remotely operating an unmanned vehicle earthside, but the machine does much of the navigation itself. How does it work?

The first thing you should understand is that there’s a significant radio signal delay between Earth and Mars. It takes five to 20 minutes to communicate between the two planets, making it virtually impossible to control the rovers in real time.

Controlling a robot on Mars while watching it on a screen would be an exercise in extreme patience, as it would take 20 minutes for your command to register with the vehicle. For comparison, communications with the men on the moon only had a two-second delay, not much worse than a slow phone signal.

Additially, Mars rovers are exceptionally slow. The Perseverance, for example, clocks in at only 0.1 km per hour, with its calm, measured pace safeguarding it against damage.

Instead of issuing real-time commands, scientists usually send a Mars rover a programmed series of commands at Martian dawn. The machine then uses AI to execute those actions on its own — often adding its own decisions along the way, such as navigating carefully around unexpected rocks — and by the following Martian nightfall, the rover radios back its results and gives a status update.

The Curiosity rover employs several techniques to traverse the sandy, rocky dunes of Mars’ surface without constant human intervention. It has computer vision capabilities to let it avoid obstacles and navigate autonomously, much like self-driving cars do on Earth. Its algorithms can also analyse distant images from cameras mounted on the mast, allowing it to estimate how far it’s travelled and monitor progress toward a visible goal in the distance.

It also has six wheels and a complex suspension system that enables it to roll over rocks up to 20 inches tall. It automatically tries to navigate around larger obstacles, such as boulders or cliff faces, using computer vision data from live video feeds in both its rear- and front-facing cameras.

Spirit and Opportunity both tested early forms of this type of automatic navigation, visual scanning and obstacle avoidance. But the Curiosity rover is larger and more technologically advanced, letting it travel longer distances without human interference.

A Game of Telephone

Like controlling a robot remotely on Earth, driving a Mars rover relies heavily on radio signals. Mars has a swarm of satellites in its orbit, called the Mars Relay Network, to communicate with rovers. On Earth, massive satellite dishes in Goldstone, California, Madrid, Spain and Canberra, Australia communicate back and forth with the Mars Relay Network. Regardless of which way the Earth is facing, it will always be able to get signals from Mars.

On the Red Planet, the rovers are equipped with antennas for communication. Perseverance, the most advanced robot to ever land on another planet, has three: one that sends signals to the satellites overhead, one that transmits data directly to and from Earth, and one that just receives data from Earth.

This gives scientists numerous ways to transmit and collect data to and from the rovers. That’s how scientists control them all the way from their office at NASA, or even from the comfort of their homes as they did during the pandemic.

The Timeline of Mars Rovers

Controlling a robot on a distant planet may seem like a recent development, but it actually goes back several decades. The first five rovers sent to Mars were NASA-operated, with the sixth managed by the China National Space Administration.

The first rover, called Sojourner, touched down on Mars in 1997. Next came Spirit and Opportunity in 2004, twin robots that landed on opposite sides of the planet to look for signs of water. Curiosity made its debut in 2012 and is still actively trawling the planet’s surface. In 2021, both Perseverance and Zhurong joined the group, bringing the current total of active Mars rovers to three.

Perseverance is tasked with looking for signs of life in what was once a vast body of water. It has extracted several rock core samples so far. However, it can’t get them off the planet, meaning a return lander will have to pick them up and bring them back to Earth for analysis in the future. Any organisms — or traces thereof — are likely to be microbial, but it would still be a breakthrough of enormous proportions.

Curiosity is also looking for life on the Red Planet. Unlike Spirit, Opportunity and Sojourner, Curiosity isn’t solar powered, but instead uses a radioisotope thermal generator for power. This will hopefully allow it to work throughout the year, rather than going dormant in the dark Martian winters. The rover also has instruments to analyze rock samples and look for carbon, water and other biologically significant findings. This will provide clues about previous life on Mars, as well as whether any martian materials could support future human life on the planet.

Throughout history, many scientific findings have sparked identity crises: the discovery that apes use tools, that invisible germs cause illness, that the Earth isn’t the centre of the universe. But if a rover found evidence of alien life, it would shatter the order of science as we know it, forcing humanity to grapple with the fact that maybe Earth isn’t so unique after all.

Controlling a Robot on Another World

Scientists control Mars rovers by programming them to perform a complex set of commands once per day, then checking back later to see if the robot performed the actions correctly. It may be years before a human lands on Mars, but with the use of remotely operated, AI-equipped rovers, scientists can gather valuable data about the soil, temperature, water and potential signs of life on the Red Planet. Rovers pave the way for advanced planetary exploration.