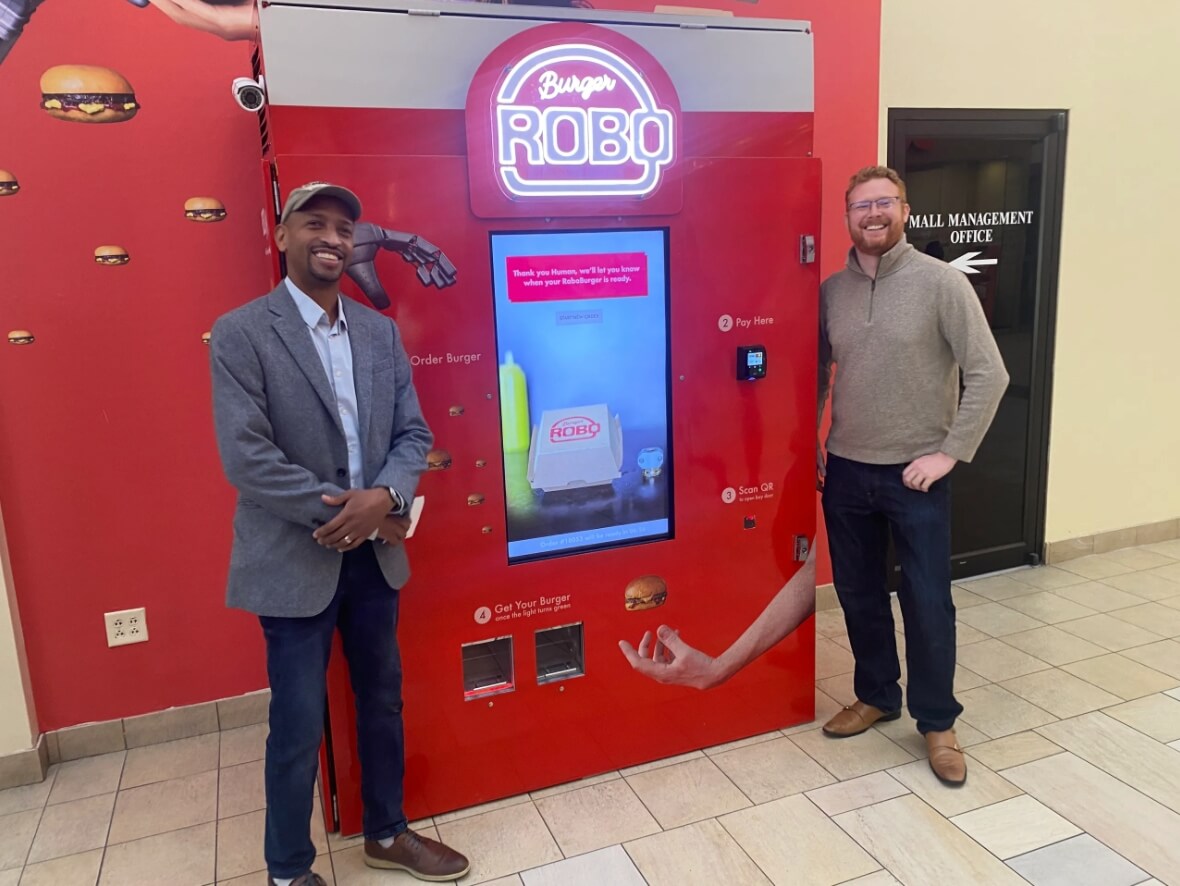 RoboBurger is revolutionizing the fast food industry with no human contact needed.

The future of fast food is a 12ft-square robot vending machine.

In yet another worrying sign of our increasingly automated future, fast food is now being served via vending machines.

Over in New Jersey in the US, a shopping mall has installed the first ‘RoboBurger’ outlet.

RoboBurger is one of the biggest innovations in hot food vending since the invention of the microwave.

The machine plugs into a regular wall socket and has a built-in refrigerator, automated griddle and a cleaning system.

Like other automated processes, it can operate 24/7, never takes a sick day and doesn’t ask for a pay increase.

It’s been installed in the Newport Centre mall, but the company behind it hopes to expand to airports, colleges, offices, factories and military bases.

We could be looking at the future of fast food service.

Audley Wilson, CEO of RoboBurger which was founded in 2019.

When a burger is ordered, an automated griddle grills a grass-fed Angus beef, antibiotic-free, patty and toasts a locally made potato bun. Customers can also customize their order with ketchup, mustard and cheese. RoboBurger is also outfitted with a built-in cleaning system, rated to the standards of the National Sanitary Foundation.

Accepting both Apple Pay and Google Pay, RoboBurger aims to launch other automated machines at other malls, airports, colleges and more.

The innovative burger costs $6.99. The patty cooked inside the big red box is 100% Angus pasture-raised Pat LaFrieda beef that rests on a potato bun toasted to order. The cheese is aged Wisconsin cheddar.