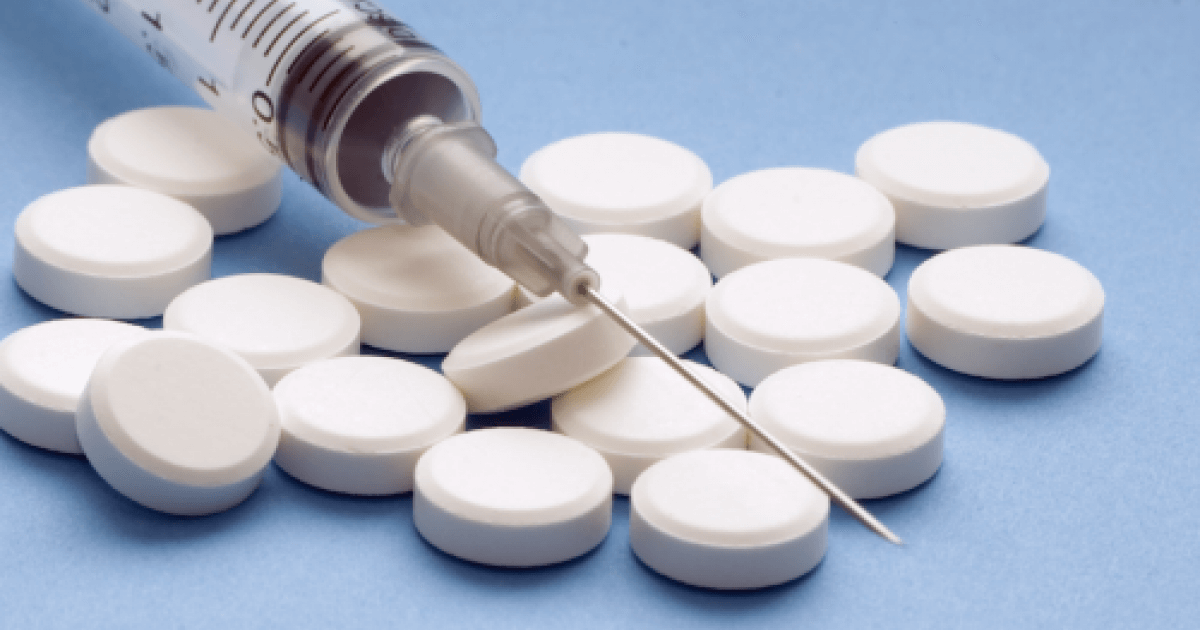 Deaths from overdoses, especially opioids, are getting worse.

David M. Cutler and Edward L. Glaeser offer a primer on how we got here in their article in the Fall 2021 issue of the Journal of Economic Perspectives: “When Innovation Goes Wrong: Technological Regress and the Opioid Epidemic.” (Full disclosure: I’ve been Managing Editor of this journal since the first issue in 1987. On the other side, all JEP articles have been freely accessible online for a decade now, so any personal benefit I receive from encouraging people to read them is highly indirect.)

Here’s an evolution of the problem in one graph. The blue line at the top is drug overdoses from all causes since 2020. The red dashed line shows overdoses just from opioids: the red line tracks the blue line, showing that the problem is fundamentally about opioids. The yellow dashed line shows overdoses from prescription opioids, and you can see that for about a decade after 2000, this was the main problem. Around 2010, when efforts were made to crack down on overprescribing prescription opioids, overdoses from heroin take off. Not long after that, overdoses from synthetic opioids like fentanyl and tramadol take off, and have been the main source of opioids overdoses in the last few years. The opioid epidemic began with the availability of OxyContin in 1996. OxyContin was portrayed as a revolutionary wonder drug: because the painkiller was released only slowly into the body, relief would last longer and the potential for addiction would decline. FromCutler and Glaeser tell the story this way:

1996 to 2011, legal opioid shipments rose six-fold. But the hoped-for benefits proved a mirage. Pain came back sooner and stronger than expected. Tolerance built up, which led to more and higher doses. Opioid use led to opioid abuse, and some took to crushing the pills and ingesting the medication all at once. A significant black market for opioids was born. Fifteen years after the opioid era began, restrictions on their use began to bind. From 2011 on, opioid prescriptions fell by one-third. Unfortunately, addiction is easier to start than stop. With reduced access to legal opioids, people turned to illegal ones, first heroin and then fentanyl, which has played a dominant role in the recent spike in opioid deaths.

How did Oxycontin get such a foothold? There’s plenty of blame to pass around. First, the government regulators who approved the drug deserve a slice of blame. The theory of oxycontin was that slow release would require less medication, and thus pose less harm. But as Cutler and Glaeser point out: “At the time of FDA approval and even after, no clinical trials backed up this theory.” Instead, the FDA relied on evidence that hospital inpatients didn’t tend to become addicted, without asking if the same would apply to outpatients. Cutler and Glaeser note:

The FDA generally requires at least two long-term studies of safety and efficacy in a particular condition before drug approval, but for OxyContin, the primary trial for approval was a two-week trial in patients with osteoarthritis. Even with this limited evidence, the FDA approved OxyContin “for the management of moderate to severe pain where use of an opioid analgesic is appropriate for more than a few days”—with no reference to any particular condition and no limit to short-term use. … Two examiners involved in OxyContin’s approval by the Food and Drug Administration went on to work for Purdue. When the FDA convened an advisory group in 2002 to examine the harms from OxyContin, eight of the ten experts had ties to pharmaceutical firms.

I’d also say that some of the doctors who overprescribed these medications deserve their share of the blame. There’s lots of evidence of how a big marking effort by Purdue encouraged doctors to prescribe oxycontin, but at the end of the day, it’s the doctors who actually did the prescribing, and some of them went far overboard. Cutler and Glaeser cite evidence that the top 5% of drug prescribers accounted for 58% of all prescriptions in Kentucky, 36 percent in Massachusetts, and 40% in California. The medical profession is well-aware that people have been getting addicted to opioids in various forms for centuries, and some greater skepticism was called for.

Roughly 700,000 Americans have dies of opioid overdoses since 1999. The isolation and stresses of the pandemic seems to have made the problem worse. It feels to me as if it’s become a cliche to refer to opioid overdoses as a “crisis,” but it’s a crisis that doesn’t seem to be receiving a crisis-level response. Cutler and Glaeser go into some detail on demand-side and supply-side determinants of the crisis, but I’ll let you go to their article for details. They conclude this way:

Past US public health efforts offer both hope and despair. Nicotine is an extremely addictive substance and yet smoking rates have fallen dramatically over the past five decades, because of both regulation and fear of death. On the other side, the harms of obesity are also well-known and average weights are still increasing. We cannot predict whether opioid addiction will decline like cigarette smoking or persist like obesity.

The medical use of opioids to treat pain will always involve costs and benefits, and the optimal level of opioid prescription is unlikely to be zero. The mistake that doctors and prescribers made in recent decades was to assume overoptimistically that a time release system would render opioids non-addictive. Thousands of years of experience with the fruits of the poppy should have taught that opioids have never been safe and probably never will be.

The larger message of the opioid epidemic is that technological innovation can go badly wrong when consumers, professionals, and regulators underestimate the downsides of new innovations and firms take advantage of this error. Typically, consumers can experiment with a new product and reject the duds, but with addiction, experimentation can have permanent consequences.