In 1952, C. Chapin Cutler proposed predictive coding — interpreted as the brain using an internal model to make guesses about the external world.

This has since dominated brain sciences. It preceded the Atkinson-Shiffrin memory model in ’68 that said environmental input, sensory memory, then short-term memory and long-term memory and the Aaron T. Beck’s cognitive model ’64 that said external circumstances, then automatic thoughts.

There are often remarks by neuroscientists that the brain makes guesses, or generates predictions, gets inputs, then updates until there’s no prediction error. But the jump, of exact details, is similar to Beck’s model — indispensable for cognitive behavioral therapy, but skipped on how anything became an automatic thought.

Also, environmental input does not become sensory memory neither do short-term and long-term appropriately explain how the memory works.

Brain labels or references don’t exactly lay out details of what should be understood, especially in a time of distending mental health and addictions. Still, the decades-old theories are prevalent.

Normally, sensory inputs go to the thalamus. Smell goes to the olfactory bulb. Sensory inputs don’t go directly to brain centers, but first to where they would be integrated before relay. The reason for these relay centers or changing stations is so that they can get in uniformity [of a construct] to proceed to be known, then for feeling and reactions. 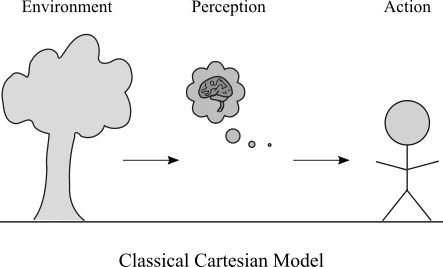 It is this uniform unit that goes first, to the memory, where it is capsuled into a store that then visits different groups before it leaves for destinations of feeling effects, such as pleasure, fear and so on. After this, are reactions: parallel or perpendicular.

For external senses, like words, sight of damage, and others they mostly go straight to feeling effects, without base feelings. This makes mental health more complicated, because food can take the base feeling and feeling effect of hunger and anger away, but words may linger.

The memory makes lots of determinations for what comes after, by what groups stores visit. It is often explained that there are interconnections in the memory, where one word brings others or there is a [cable] area that then brings things relating to that cable.

Those frames, concepts or categories are fine explaining words, but that is not how the memory works — since repetitions would be overcrowding, and it does not apply across senses.

Memory stores are in the smallest of units. They transport to groups as directed automatically or controlled — internally or from the external. So instead of having one word with seeming attachments, that word has a store that transports across groups of times, locations, types, synonyms and so on.

It is also how it also works for referred pain, where pain is elsewhere because of a group, similarly also, to phantom pain, because of group visit, even if the limb is missing.

Memory stores give from groups often, in what may seem like predictions, but mostly a service to lower processing power, or serve active thoughts faster.

Every store has a default group according to recent function, common function or the most incredible function—positive or otherwise. It is this default group a store visits first, which by doing so becomes how an initial interpretation is made.

A new input may send to another group, in what may seem like prediction error or correction, but basically a mode of memory operations. Predictions are not exactly wrong, just the first thing anything means, before seeking out others.

All supposed predictions are in the form of thought—from memory. What is labelled predictions occurs for internal senses—not random—but according to default groups.

Thoughts, are proposed and emerged from sensory integration. Memory has stores, which are grouped. Feelings are base and effect. Reactions are parallel or perpendicular.

Neurons construct what is used to interact and experience the world. The construct of neurons has rules. Thoughts are these construct-bearing sensory equivalents. This is a path to progress in brain science particularly for global mental health research.