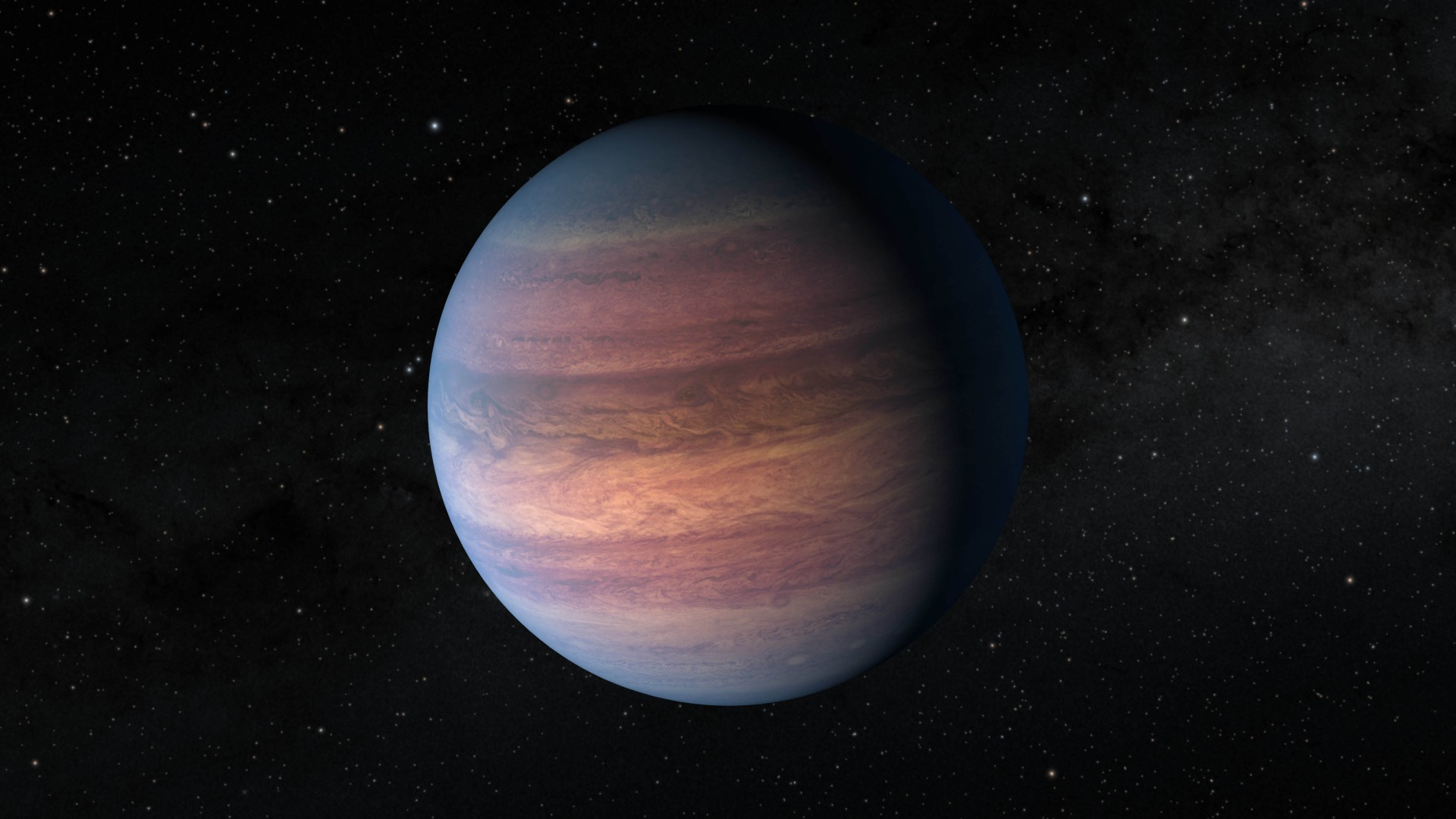 Scientists have observed an enormous planet about nine times the mass of Jupiter.

The new planet is at a remarkably early stage of formation. The recent discovery challenges the current understanding of planetary formation.

The researchers used the Subaru Telescope located near the summit of an inactive Hawaiian volcano and the orbiting Hubble Space Telescope to detect and study the planet, a gas giant orbiting unusually far from its young host star.

Gas giants are planets, like our solar system's largest ones Jupiter and Saturn, composed mostly of hydrogen and helium, with swirling gases surrounding a smaller solid core.

Although more than 5000 exoplanets have been discovered, only a few tens have been imaged directly, and none in the act of being born. This one, called AB Aur b, is among the largest. It is approaching the maximum size to be classified as a planet rather than a brown dwarf, a body intermediate between planet and star. It is heated by gas and dust falling into it.

The exoplanet is embedded in an expansive disk of gas and dust, bearing the material that forms planets, that surrounds a star called AB Aurigae located 508 light years - the distance light travels in a year, 9.5 trillion km - from Earth.

Almost all known exoplanets have orbits around their stars within the distance that separates our sun and its most faraway planet Neptune. But this planet orbits three times as far as Neptune from the sun and 93 times Earth's distance from the sun.

Its birth appears to be following a different process than the standard planetary formation model.