Slime Robots Could Be the Next Big Thing in Surgeries

Slime Robots Could Be the Next Big Thing in Surgeries 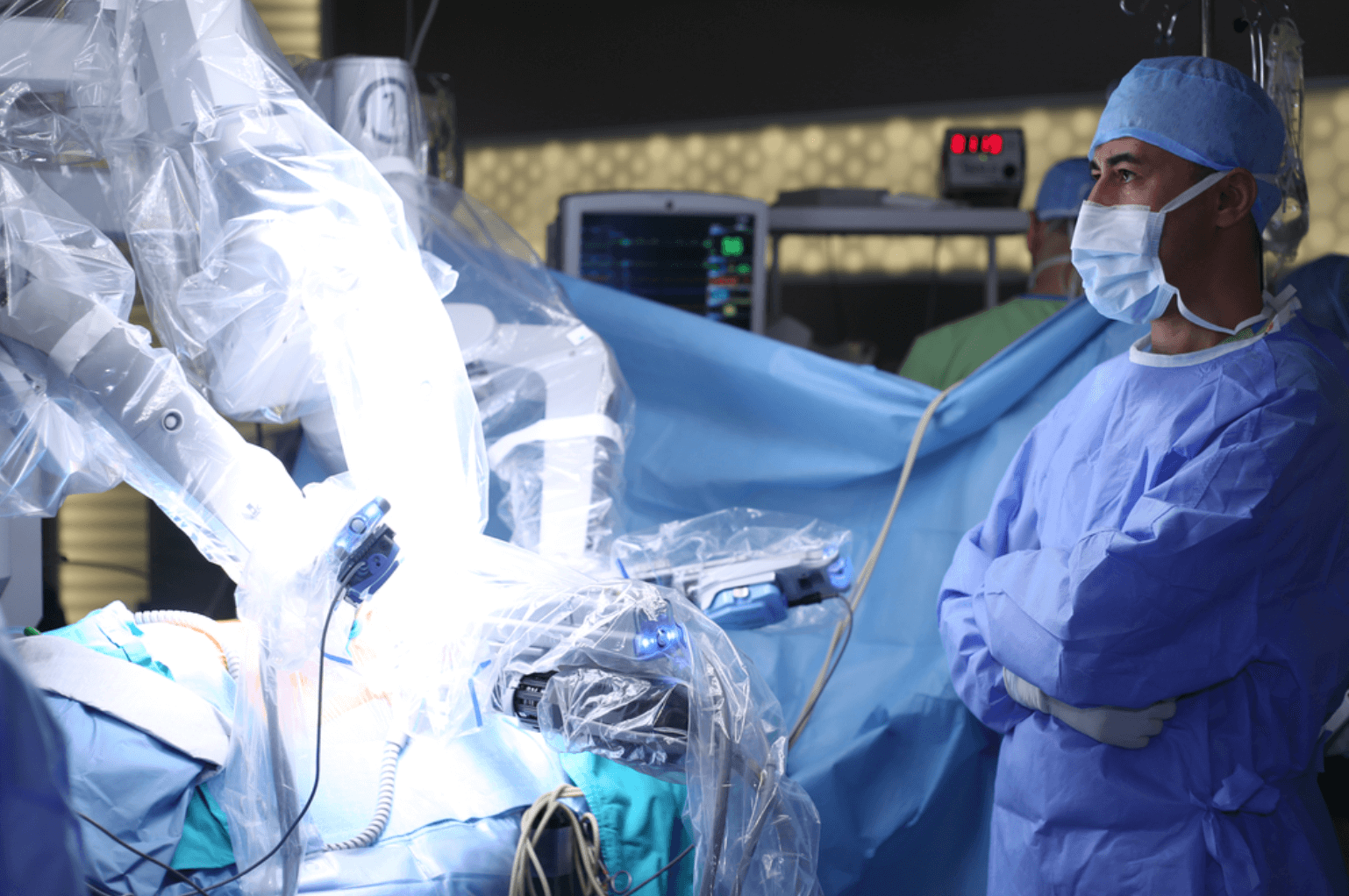 Today, we are surrounded by technology and the most efficient industry to adopt tech into everyday operations is healthcare.

Technology and robotics in surgery have had an exciting twist with the invention of the slime robot, whose navigational features might be a big stepping stone for surgeons and healthcare professionals.

Healthcare digitalization is changing how we communicate with medical professionals, share medical information and make decisions about ourselves. There are numerous instances that demonstrate how healthcare has actively adopted AI and technology into the industry. Through integrating web and mobile experiences, healthcare innovation like robotics in surgery seeks to improve patient outcomes, reduce human error, streamline the work of medical professionals, and optimize medical software systems. The fundamental goal of surgery has been to repair the damage in a minimally invasive manner, and the slime robot, which was recently developed, is capable of achieving this purpose efficiently.

What is a Slime Robot?

Magnetic in nature, the slime robot is made of polyvinyl alcohol, borax and neodymium magnet particles. It was recently developed by a Chinese university in Hong Kong and is noted for its navigational skills and ability to grasp. It can move through gaps or openings as small as 1.5 millimeters and has the potential to change medicine and electricity in the near future. 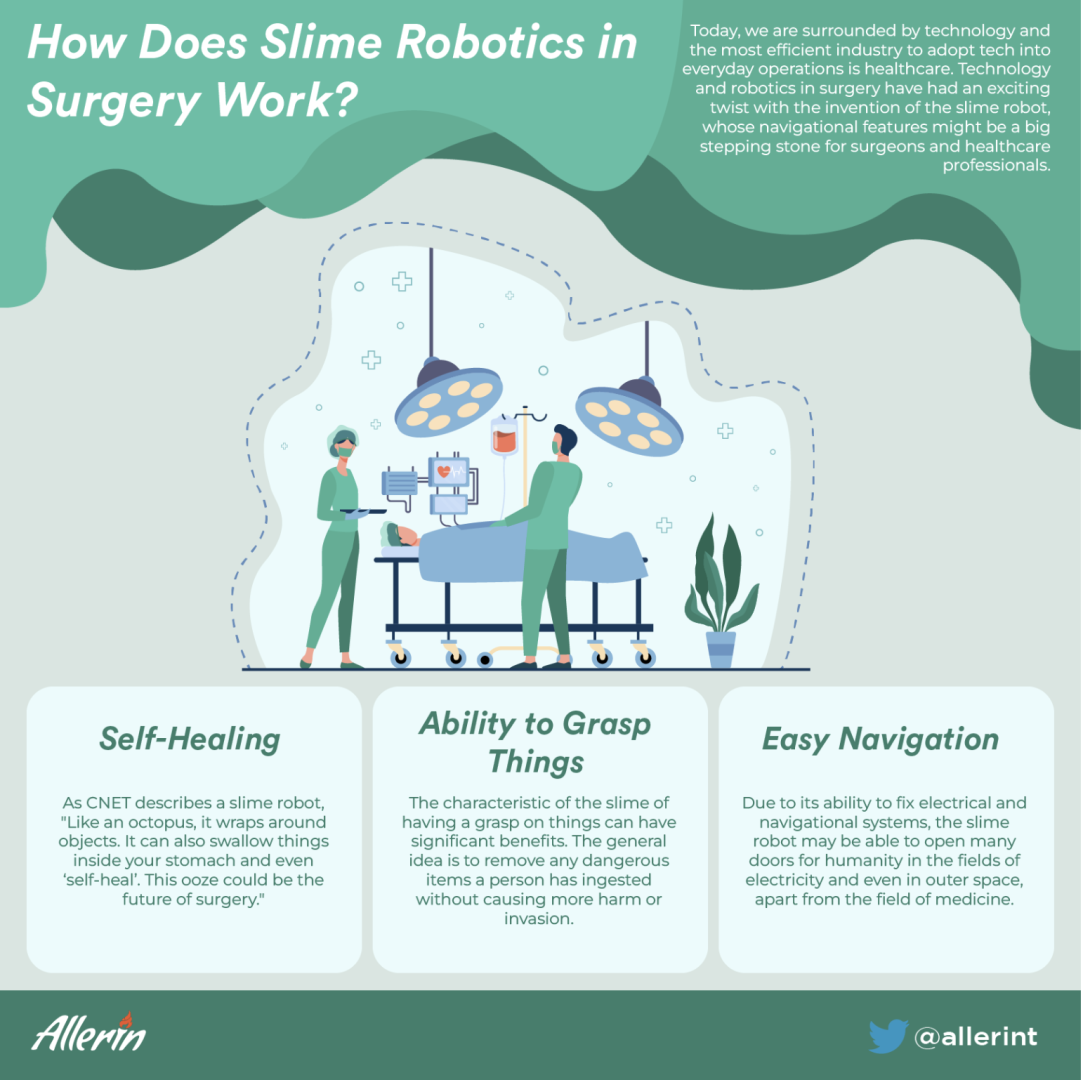 How Does Slime Robotics in Surgery Work?

"Robotic surgery" quickly conjures images of robot-controlled arms or other surgical tools. Hence, the introduction of slime into the picture looks a bit unreal. While its name may suggest otherwise, the slime robot isn't technically a robot yet but rather controlled by using magnets. Medical specialists would use imaging to find the object and direct the slime robot in the right direction.

This robot, which has been developed, can be put into the human body to retrieve objects without requiring surgical invasion. But since the slime has magnetic components that can harm the body, it can be covered by silica to protect the human body. As CNET describes a slime robot, "Like an octopus, it wraps around objects. It can also swallow things inside your stomach and even ‘self-heal’. This ooze could be the future of surgery."

The characteristic of the slime of having a grasp on things can have significant benefits. The general idea is to remove any dangerous items a person has ingested without causing more harm or invasion. Since the slime is a magnet-controlled gel-like substance without sharp edges, it may be utilized for this purpose without endangering the individual’s life or harming their bodies.

The slime robot can be employed in a gastro-intestinal context, possibly for areas of the body like the small intestine that are more difficult to access. It might also be used to remove objects from the body that are not supposed to be there. It can rescue allergic items that need to be retrieved immediately or assist with children who swallow batteries, legos or other hazardous materials.

Due to its ability to fix electrical and navigational systems, the slime robot may be able to open many doors for humanity in the fields of electricity and even in outer space, apart from the field of medicine. But let's leave the hard-core magnets, medical treatments, robotics in surgery and other scientific applications to the professionals. Only capable hands should handle magnetic robots, leading them into a tech-friendly and safer future.