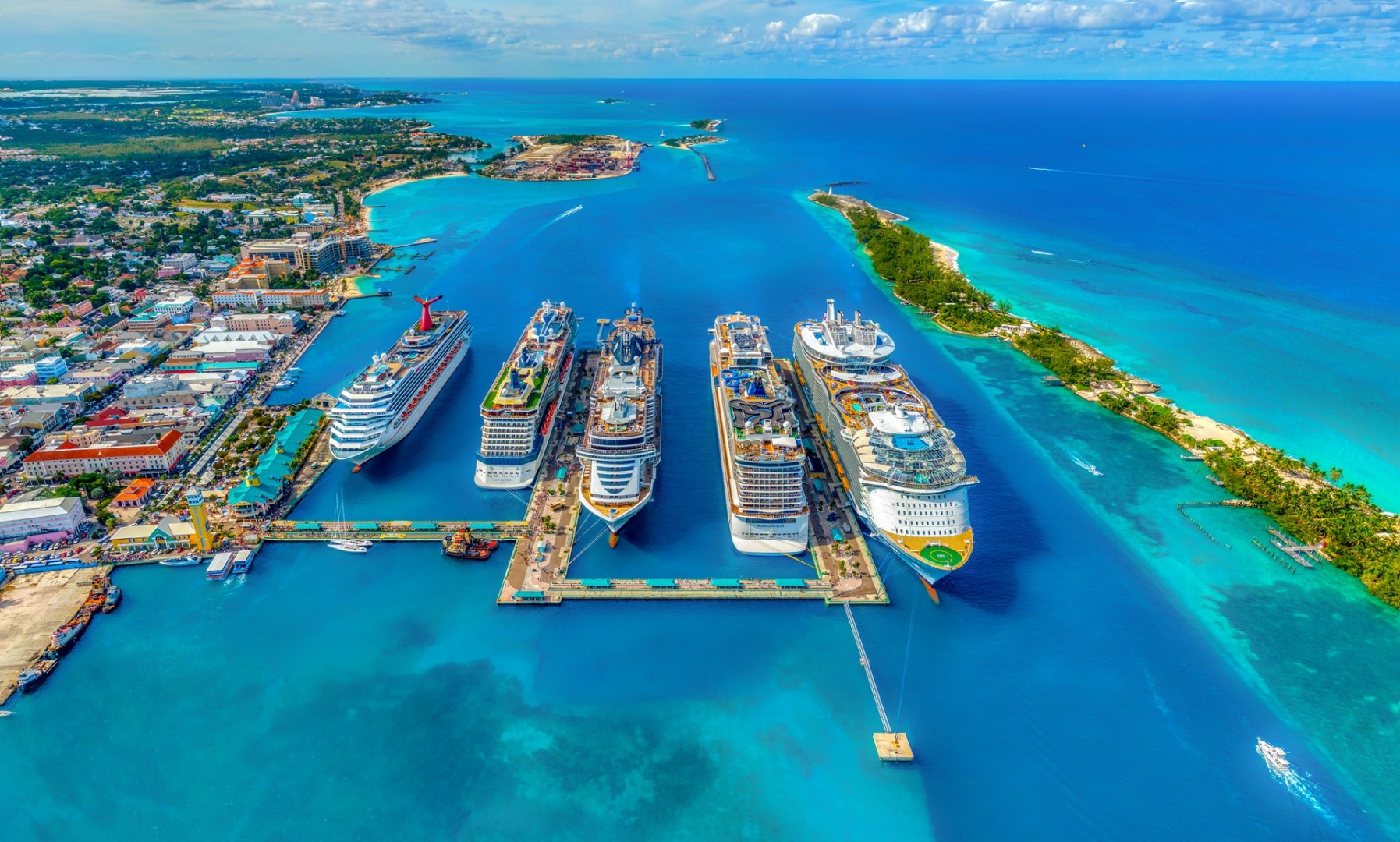 How do ships that weigh upwards of 200,000 metric tons stay above water?

Cruise ships carry thousands of passengers and crew members, everyone’s luggage, food for all aboard, entertainment and shopping sites, swimming pools filled with water and the equipment it needs to function. Often rising 60 or more metres above sea level, these ships are a miracle of modern engineering.

So how do ships float? The answer comes down to the physics of fluids and density, first developed in Ancient Greece. The engineers who design today’s mammoth cruise ships are masters at utilising these laws of physics to create floating cities at sea. The core principle behind how flotation works is called buoyancy. One of the laws of physics, known as the Archimedes Principle, states that any object submerged in water will receive an upward force equal to the weight of the water it displaces. That force is buoyancy.

Essentially, this law means that when a boat is sitting in water, the water will push back on it. The ship is moving water aside, or displacing it, when it is submerged. The weight of this water does not necessarily equal that of the boat, however. This is where density comes into play.

Density is the key to what allows something to float. One of the basic conclusions of the Archimedes Principle is that floating objects must be less dense than the fluid it is submerged in. Density is a measure of how much "stuff" fills an object. For example, a balloon has a very low density because it is full of air. On the other hand, a rock is solid and has a much higher density, which is why stones sink in water. Anything denser than water will sink.

The great thing about density is that it doesn’t necessarily depend on volume. For example, a lead weight is far heavier than a cardboard box four times its size. The box is empty, and even its material is largely made of air. However, the lead weight is solid. An object with more weight crammed into less volume will be denser than a hollow object the same size.

This means that boats must be less dense than the water they are floating on. Their hulls must also be large enough to displace an amount of water that weighs as much as the ship and everything it’s carrying. This is made possible by manipulating the ship’s density. Cruise ships are some of the largest vessels on the sea. At a glance, they look like long, narrow logs precariously balancing on the water. Most have no more than around 9 metres of their hull submerged, which seems like a tiny fraction of the ship’s enormous size. It is easy to wonder, “how doesn’t more of the ship go underwater?”

The basic answer is that the ship's weight is spread out over such a great volume that it's less dense than the water it's floating on.

There are a couple of factors that go into a ship’s balance and buoyancy. Despite how heavy the boat and everything aboard is, most of the vessel is air. This explains why ships sink. Once water gets inside, it pushes out all that air and makes them too dense to float. Consequently, engineers and construction crews put extensive time and care into inspecting the ship's hull materials and ensuring there’s no risk of cracks or fractures.

Cruise ships’ low centre of gravity helps, as well. All the heaviest equipment that keeps the boat running is kept at the bottom of the hull, sort of like something to weigh down the rest of the vessel against any winds. Among this heavy equipment are the ballast tanks, which are filled with water and located on each side of the ship. Water can be moved between the two tanks to balance the boat’s weight and keep it from tipping over.

The wide, rounded shape of the hull, or body, of a cruise ship serves two essential functions. It provides a smooth surface to roll over the water, greatly reducing the likelihood of motion sickness for passengers. It also displaces the water that keeps the ship afloat. Cruise ships are so long and wide that they don’t need to submerge much of the hull’s height underwater, which explains why only 9 or 10 metres is plenty for most ships.

These features are the result of hundreds of hours of careful design and calculations from trained engineers. Ship captains must also have a firm understanding of how the physics of their vessel works and the science of the ocean surrounding them. Passengers can rest assured that when they board a cruise ship, experts are behind its construction and navigation.

Science on the Seas

Sprawling cruise ships, some even containing parks and neighbourhoods, roam the world’s oceans every day. While these marvels of engineering may seem impossible, the principles behind why ships float goes back to the earliest days of science. It doesn’t take much to appreciate the fascinating science that keeps these massive vessels afloat.