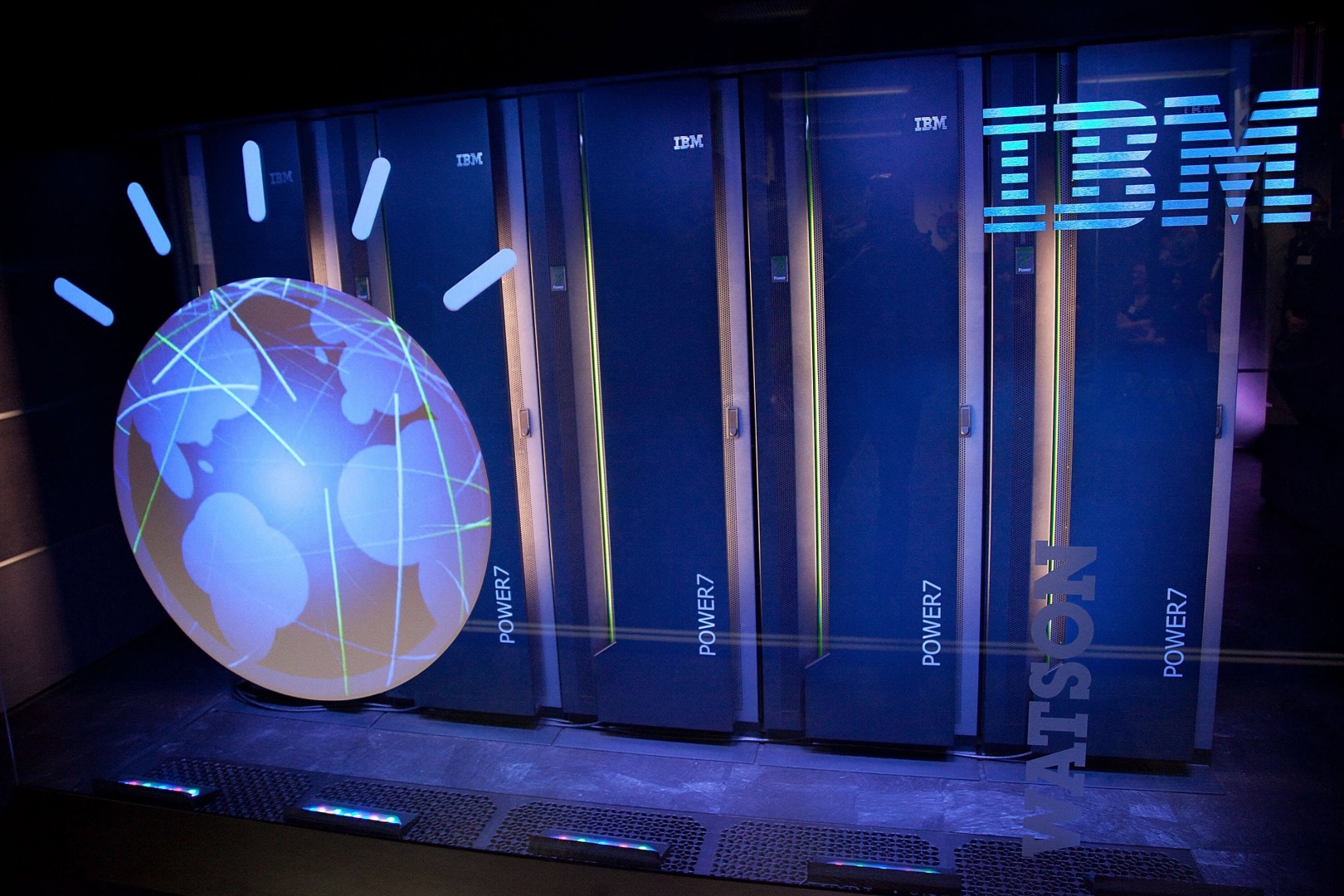 IBM poured millions of dollars to revolutionise healthcare, but the experiment turned out to be far more difficult and time-consuming than expected.

What is Wrong with IBM Watson?

IBM Watson is not living up to the hype, like other big tech Narrow AIs, which statistics-driven, non-real, black-box ML/DL platforms are no big use for real world applications, ending up over-promising and under-delivering.

On the surface, things do not look as bad as one might think. IBM’s Watson still enjoys #1 Ranking in IDC’s AI Market for 2020 market share; 70% of global banking institutions use Watson; 13 of the top 14 systems integrators use Watson. It has +100 million users “infusing Watson’s AI into their applications to make more accurate predictions, automate decisions and processes”.

But from a business perspective, Watson has failed to turn a profit for IBM, and the company is looking to sell Watson Health, while “IBM spent several billion dollars on acquisitions to build up Watson [Health], … a unit whose marquee product was supposed to help doctors diagnose and cure cancer … A decade later, reality has fallen short of that promise.”

IBM initially created Watson to be an AI tool capable of a wide variety of applications, starting with answering questions. In January 2011, Watson made headlines when it defeated previous Jeopardy champions on the popular television game show. After its triumph, IBM announced it would transition Watson for use in medical applications and promoted it as a major resource to help improve medical care and support healthcare professionals in making automated diagnoses.

IBM was overly ambitious and overreached with Watson Health and ended up over-promising and under-delivering.

Its Narrow AI was wrongly trained and developed primarily learning from synthetic cases, not real-life cases, without any explanation. Today’s Narrow/Weak ML/DL/AI can work well when there is uniformity and large data sets around simple correlations or associations.

So, IBM’s marketing campaign exceeded the product’s design capabilities, and its hype got ahead of the engineering.

AI in Healthcare: What is Wrong and What is Good?

AI in healthcare involves ML/DL algorithms and software to mimic human cognition in the analysis, presentation, and comprehension of complex medical and health care data, approximating output-prediction-classification as conclusions based solely on extensive amounts of input data.

The primary aim of healthcare narrow AI/ML/DL applications is to analyze statistical relationships between prevention or treatment techniques and patient outcomes.

The use of AI is predicted to decrease medical costs as there will be more accuracy in diagnosis and better predictions in the treatment plan as well as more prevention of disease.

Other future uses for AI include a Brain-Computer Interface (BCI), or neural control interface (NCI), mind–machine interface (MMI), direct neural interface (DNI), or brain–machine interface (BMI), which are predicted to help those with trouble moving, speaking or with a spinal cord injury. The BCIs will use AI to help these patients move and communicate by decoding neural activities, repairing or augmenting sensory-motor or cognitive functions.

Many automobile manufacturers are beginning to use machine learning healthcare digital services in their cars.

Artificial intelligence has led to significant improvements in areas of healthcare such as medical imaging, automated clinical decision-making, diagnosis, prognosis, and more. Although AI possesses the capability to revolutionize several fields of medicine, it still has limitations and cannot replace a bedside physician.

Such algorithms are different from human's thinking: (1) algorithms are static: once a goal is set, the algorithm learns exclusively from the input data and can only understand what it has been programmed to do, (2) most advanced deep learning algorithms are black boxes; algorithms can predict the future with great accuracy, they won’t say what will cause an event or why, offering no comprehensible explanation to its decisions aside from the data and type of algorithm used.

Given the medical AI state of affairs, a real/causal AI running causal algorithms is in great urgency here. Developing a mobile omniscient AI chatbot or knowing-all virtual assistant which gives insights to any questions as associated with healthcare, including deadly coronavirus, could be the first great step.

View all
Why Workplace Injuries Can Happen Even in Offices and How to Reduce the Risks
Roof Maintenance Tips for Businesses: How to Keep Company's Premises Safe
How Working With A Marketing Company Can Improve Your Business
6 Ways to Future-Proof Your Business
Why You Need Product Marketing People To Turbocharge Your Business Growth
The Importance of Data Culture in Digital Transformation
Green Blockchain Plays a Major Part in Fending Off Climate Change
8 Great Ways to Help You Save Energy
How Blockchain Technology is Reinventing The Power Grid
How Blockchain and IoT Collectively Reshape Food Production
4 Ways To Make Sustainability A Part Of Your Everyday Life
Are Mushrooms the Future of Fashion?
Understanding Personal Financial Management: What You Need To Know
Venture Capital: Size and Focus
How To Build a Recession Proof Business
Leveraging Computer Vision To Optimize Property Valuation
4 Ways IoT is Revolutionizing The Finance Industry
Helpful Things You Need To Know About Before Starting A Career In Trading
Some Human Capital Controversies and Meditations
US Unions and Alternative Voices for Labor
Core Inflation Soars, Retail Sales Weaken
Labor Economics: Quiet Quitting, Firing, Mental Health and Productivity
The Slowdown of U.S. Productivity Sector
Work From Home: Disrupting the Unwritten Labor Market
76 Theses on American Patriotism
Why Are More People Becoming Right Wing?
A New Law That May Impact Prince Andrew, Princess Beatrice and Prince Harry
King Charles Meets Northern Ireland's Political Leaders During Historic Visit
The Role Machine Learning in Tracing Historical Events
King Charles III Addressed the Nation for First Time
What Should Hospitals Add To Ensure Maximum Patient Comfort
Learn How To Look Healthy And Fresh No Matter Where You Are
How To Obtain Safe & Secure Equipment For Your Lab
What is the Difference Between Baidu and Tencent in Terms of AI Technology?
Data Science vs Data Analytics: What Are The Similarities & Differences?
Infection Control: What Can Primary Care Staff Do to Prevent C. Diff?
6 Amazing Places You Must Check Out In Turkey
Toward a More Spiritual You
Who Do You Call, And In What Order, After You've Been Injured
Taking a Break: Ways to Relax During Your Business Travels
The Best Careers to Seek as a Music-Lover
Recharge Yourself to Be More Productive
The Main Reasons Why People Choose To Buy An E-Bike
How Robotics Can Make Oil And Gas Production Safer
The Internet of Things is Improving Security Systems for Commercial Buildings
Top Ways Smart Tech Solutions Can Help Businesses Protect Their Databases
3 Ways In Which IoT Reliability Can Be Improved
How Big Data, IoT, Robotics and Modern Tech Are Revolutionizing the Retail Industry

Understanding Personal Financial Management: What You Need To Know
Why Workplace Injuries Can Happen Even in Offices and How to Reduce the Risks
The Main Reasons Why People Choose To Buy An E-Bike
Roof Maintenance Tips for Businesses: How to Keep Company's Premises Safe
6 Amazing Places You Must Check Out In Turkey