Are Autonomous Flying Taxis The Future of Transport?

Are Autonomous Flying Taxis The Future of Transport? 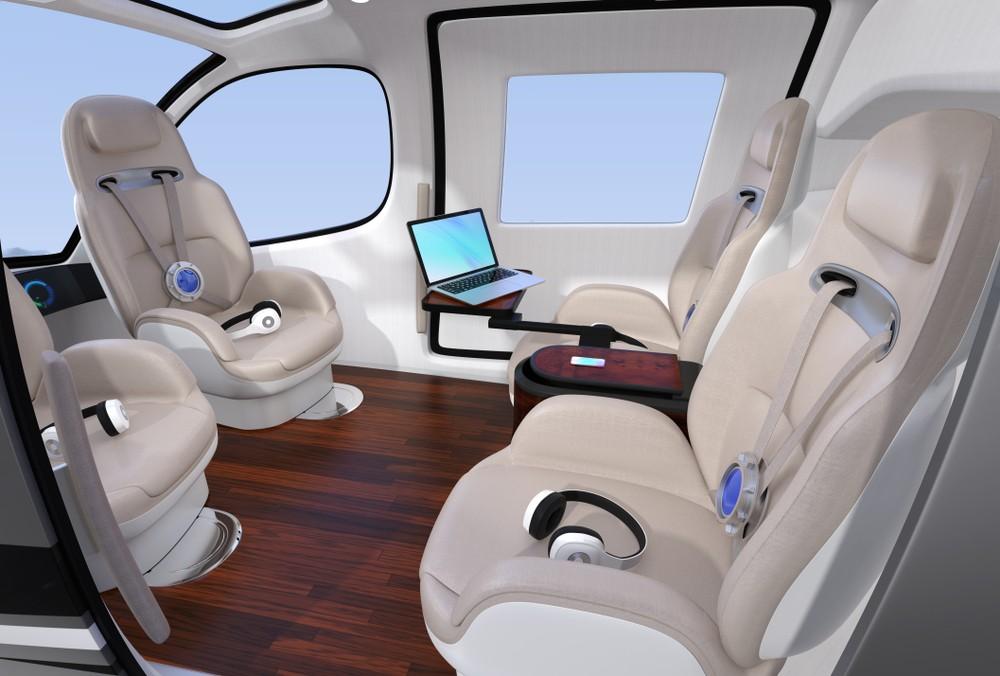 Drone taxis can provide an innovative mode of transportation and revolutionize short-distance commute.

People across the globe face major traffic issues, especially in urban areas. And, the increasing global population is making the situation even worse. Commuters have to spend hours in traffic, which causes significant delays on a daily basis. Hence, governments and citizens need are seeking feasible solutions for traffic congestion. Industries like agriculture have been using drones to simplify many of their core tasks. However, agriculture is not the only area where drones can be used. For instance, Dubai is testing drone taxis that can carry passengers to their desired destination. Such drone taxis can solve traffic issues and become a standard form of transport in the future.

What are Drone Taxis?

Drone taxis are basically autonomous electric drones that can fly passengers to their destination. Passengers just have to input their preferred destinations in the system of a drone taxi. Such taxis use ‘skyports’ that can be set up in different areas. Skyports are platforms that are designed specifically for take-off and landing of flying taxis. Passengers can board and get off drone taxis through these skyports. Drone taxis are expected to carry two to four passengers in one vehicle. With a large number of such taxis, short-distance commute can become quite accessible for passengers.

Why are Drone Taxis Revolutionary?

Drone taxis can provide a feasible solution for the current traffic woes. And, air travel is obviously much quicker than road travel. By combining these factors, one can understand that drone taxis can offer the public a quicker commute.

Almost 4 million children suffer from asthma every year due to vehicle pollution. And, everyone knows for a fact that the greenhouse gases released by vehicles that use fossil fuels worsen the impact of global warming and climate change. Hence, vehicle pollution is a major concern. Drone taxi manufacturers will use electricity to power their vehicles. Hence, drone taxis will not emit greenhouse gases. Hence, these taxis can help in reducing the impact of climate change.

Although the technology used in drone taxis may sound expensive, it may not be so in reality. Drone taxi manufacturers anticipate that these taxis may cost as much as conventional ride-sharing options. And, with further development of self-piloting technologies and mass production of drone taxis, the prices may drop further. Also, drone taxi companies may offer pooling options, which can further reduce the commute cost for passengers. Hence, drone taxis can eventually become a common mode of transport for passengers.

What are the Barriers in the Adoption of Drone Taxis?

Companies have to decide on the location of skyports for drone taxis. These skyports will require a significant amount of space for charging, taking-off, and landing drone taxis. And, finding such large spaces can be quite challenging in urban areas.

Companies developing drone taxis will overcome these challenges and we may soon witness these aircraft flying right above us. Hence, drone taxis will revolutionize transportation and make commutes much more convenient. These taxis will turn the sci-fi dreams of ‘Jetsons’ flying cars into a reality.

The Growing Role of Machine Learning in Fraud Detection
What Are The Health Benefits of Using a Large Room Humidifier in Your Home?
Leader of the Band: 6 Key Traits for the Performance-Driven CFO
6 Things to Have in Mind When Choosing a Lawyer for Your Case
How to Use Objectives and Key Results to Drive Business Growth