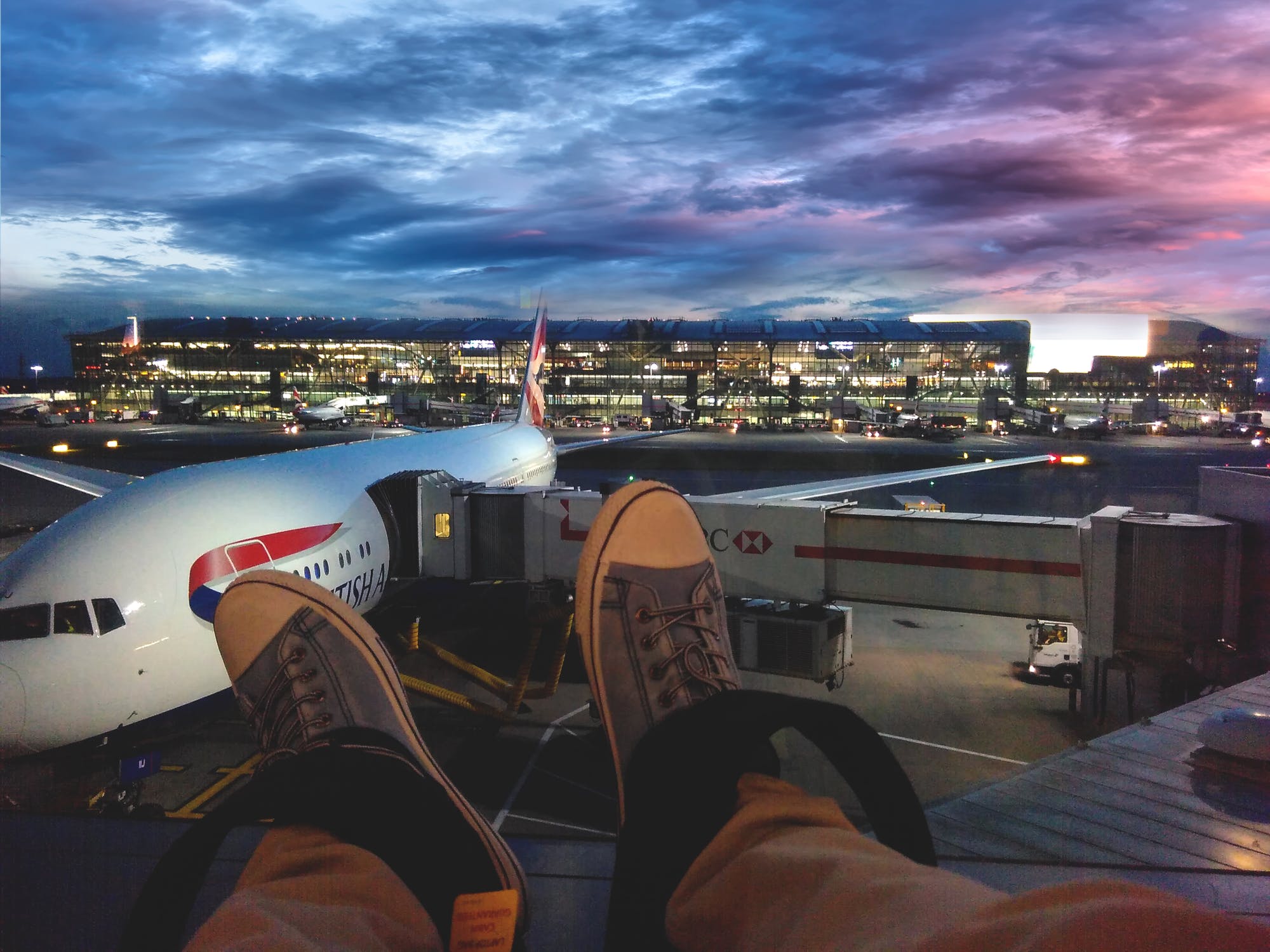 Brant Rubin adjusts uncomfortably, a three-year-old toddler is kicking the back of his paper-thin seat back, on his three-hour Ryanair flight from London’s Stansted Airport (because Heathrow is far too bourgeois) to Hamburg to meet a potential client.

The bone-crunching, soul-crushing flight is an exercise in human endurance. Ryanair, a budget airline whose sole mission is to make money by herding as many passengers into the cabin as the United Nations Human Rights Council will allow and depriving them of as many comforts as the United Nations Convention Against Torture will permit, is a far cry from his previous station in life.

At 39, Rubin joins a growing list of former hedge fund managers who have struck it out on their own, only to realize that starting a hedge fund shop isn’t all that it’s cracked out to be. Gone are the five-hundred-dollar bottles of Dom Perignon and dinners at The Aviary in New York.

Today, hedge fund startups such as Rubin’s are increasingly finding that they’re flying budget airlines and crashing at AirBnbs. Rubin quit his job at London’s Luxor Capital in 2017, where he was picking European internet companies, during a period of exceptional growth for the class.

But striking it out on his own has proved to be a lot more challenging. Raising almost US$50 million from family, friends and a few former clients, Rubin soon discovered that his fundraising barely covered his overheads and his corner of the market was increasingly falling out of favor with potential clients as well as being squeezed by new and onerous regulatory burdens from European financial watchdogs.

“It’s not as lucrative anymore. Burning money is uncomfortable, particularly as we don’t have unlimited money to burn. But I believe in our business.”

But it’s not just startup funds like Rubin’s that are struggling with costs and diminishing returns.

The theme runs across the entire hedge fund industry.

Thanks to the twin trends of low-cost investing and index funds which charge zero or low fees, as well as high-frequency trading algorithms which have essentially traded out alpha in the markets to almost zero, the hedge fund industry has had a rough decade since the financial crisis.

According to one hedge fund manager at a medium-sized, technology-themed boutique outfit,

“In many ways active strategies are a lot less productive than they used to be. Beta has made a resurgence and alpha is getting beaten.”

“We’re not even matching the index let alone beating it.”

But in a quiet corner of the investment world, some active managers are witnessing an upswing in assets under management.

Investments Not for the Faint-Hearted

From whiskey funds to fine art funds and collectibles, funds managing a variety of alternative assets in Asia, including cryptocurrencies are seeing a surge of interest.

According to one manager at an alternative asset management firm based in Hong Kong,

“Family offices are not like pension funds. They’ve got more leeway to select investment vehicles and they have longer time horizons.”

“They also have wider mandates, unlike pension funds.”

Pensions in Asia (outside of Japan and China) are not common and as such, pension funds are also not as influential in the region. Instead, wealth has been tied to Asia’s most entrepreneurial families.

Asia has been on the rise and continues to be one of the world’s most rapid growing regions and its wealthiest families have benefited greatly from it. At the end of 2017, Asian billionaires made up almost 38% of the world’s billionaires.

And with family offices being a relatively new concept in Asia, with less than 500 such entities, compared to thousands in Europe and the United States, their potential for growth and their appetite for risk have risen hand-in-hand.

Many of Asia’s wealthiest families are rags-to-riches stories, with their tenacious and entrepreneurial founders demonstrating an appetite for going against the grain and thinking out of the box.

According to one manager at the family office of a prominent real estate magnate from Malaysia,

“They (wealthy families) enjoy the personalized attention (of family offices) and appreciate that they are able to have a bigger say in their wealth management.”

It also helps that costs in Asia are still relatively low for family offices. Prime office space in both Hong Kong and Singapore, two of the region’s most important financial centers are high, but still much cheaper than New York and London.

And because taxes in both Hong Kong and Singapore are low, with the absence of capital gains taxes in both territories, family offices are finding setup and operating costs extremely reasonable.

Both Hong Kong and Singapore are former British colonies as well, with strong rule of law, adding to the regulatory certainty which wealthy clients appreciate and enjoy.

As a new generation of Asians grow in wealth, second and third generation scions of some of Asia’s most storied families are on the lookout for the “next big thing,” of which cryptocurrencies have appeared on the radar.

Despite falling over 80% from its high, cryptocurrencies continue to draw interest from Asia’s wealthiest families.

And cryptocurrency hedge funds offering their highly specialized expertise to family offices have been able to charge a premium.

While most typical hedge funds today struggle to charge clients 1% management fees and 15% performance fees, cryptocurrency hedge funds are in some cases charging fees as high as 4% for management and 30% for performance.

According to one manager at an algorithmic cryptocurrency hedge fund based out of Hong Kong,

“Clients recognize that they are paying for certain ‘knowledge’ advantages over traditional hedge funds. So they accept that the fee structures cannot be typical as well.”

Indeed, cryptocurrency hedge funds are able to charge higher fees precisely because of the heavier and more specialized burdens that they bear as well as the unique nature of the expertise they offer.

Custodian and fund administration costs are generally higher for cryptocurrency hedge funds, but these higher costs have also been matched with higher profits.

Unlike quant funds in traditional markets, much of the trading data in cryptocurrency markets are relatively immature. Market data is also piecemeal, with many cryptocurrency hedge fund shops possessing their own proprietary research advantages.

According to one owner of a fragrance business in Indonesia who is keen on cryptocurrencies,

“In Indonesia, if you setup a bubble (boba) tea shop in a medium-sized town, you might be the only shop there for years, allowing you to earn monopoly profits.”

“Information doesn’t travel fast or easily in Indonesia, we can make money here.”

Similar gaps in information and data are what has drawn many Asian family offices to cryptocurrencies as well, they see similarities in how they made their first fortunes with the rise of this new asset class.

Data is sparse and competitive advantages when discovered, can be maintained for longer periods, as opposed to the traditional markets, which is ironic considering that cryptocurrencies were meant to foster transparency and openness of information.

Whereas a regular hedge fund would be ecstatic with a return of 10% year-on-year, cryptocurrency hedge funds with active strategies have generally been able to deliver between 30% to 50% with some outperforming to 60% and 80%.

“You can’t just be a banker or trader type. You need to understand computing, decentralization. Have a feel of the (cryptocurrency) community as well as an ear on the ground.”

Besides publications like The Wall Street Journal and Financial Times, cryptocurrency hedge fund traders are on exclusive slack channels, Reddit groups and other forums like those where the mother of all cryptocurrencies, Bitcoin, was born.

Besides a strong grounding in computer science, traders also need to understand market psychology, the psyche of other traders and have the ability to construct the algorithms that actively trade cryptocurrencies in order to generate alpha, but with limited market data to work with.

Towards the end of 2017 and at the height of cryptocurrency mania, many long-only cryptocurrency hedge funds were born, but many have since shed over 70% of their value.

Those that have continued to persist generally have active trading and management strategies, with typical holding periods anywhere from seconds to weeks.

Against this backdrop, it is entirely understandable why clients, especially Asian family offices are willing to pay premium fees for cryptocurrency hedge funds with active trading strategies.

According to the Hong Kong-based manager,

“Fees are only one thing that family offices are looking at. When you consider that these are the same offices that are open to fine art investing, especially imperial Chinese-era art work and investments in alcohol, cryptocurrencies are not such a stretch of the imagination.”