Blockchain 3.0 and the Internet of Value

Blockchain 3.0 and the Internet of Value 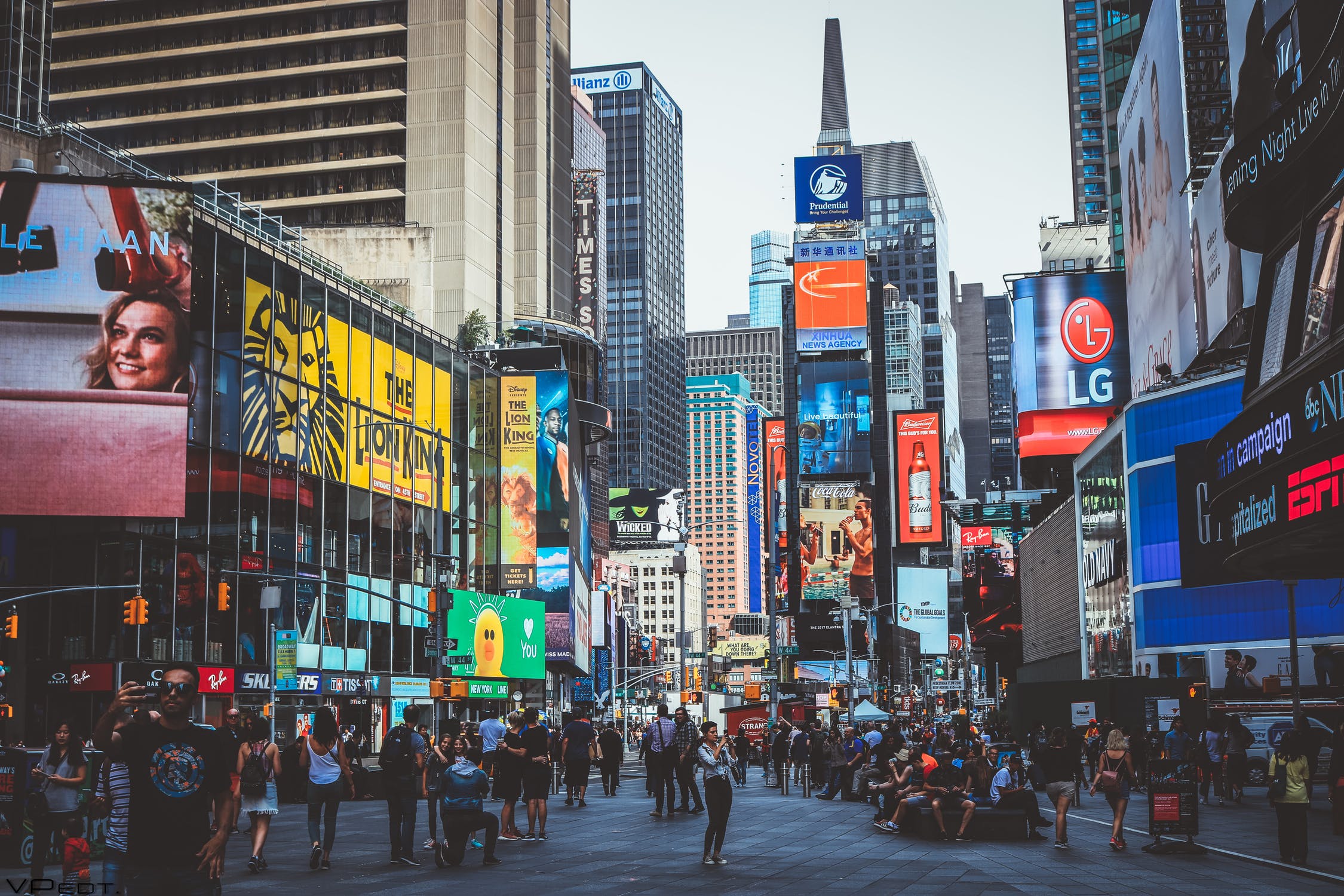 “Blockchain is a strange thing – it is the most overhyped, least understood and most disruptive technology of our time.”

Speed and scalability are currently the biggest challenges facing blockchain startups in relation to mainstream adoption of blockchain.

There are countless blockchain startups that are developing all kinds of blockchain protocols using on-chain, off-chain and side-chains with the single purpose to increase blockchain speed and scalability, the ultimate goal and “holy-grail” of blockchain development.

Established companies such as Visa and Mastercard have already filed several blockchain patents to build a blockchain based financial systems that would enable these payments companies to be able to process millions of transactions using blockchain. However, due to “constrained” transaction speed – every transaction has to be validated by the network participants – blockchain in its current form is not viable or usable for multi-million transactions per minute which global commerce requires to safely and securely process financial transactions world-wide.

One of the main reasons for immutable and transparent blockchain usage is to fight fraud, which costs these credit card behemoths a fortune each and every year.

Banks, financial institutions and other online payment companies such as “PayPal” face similar problems of fraud and are also actively pursuing blockchain solutions to combat fraud and cyber security threats.

However, even that blockchain is an advanced technology and progressively developing protocol, it’s still nascent and underdeveloped in many ways.

It’s only a matter of time before blockchain will be able to process the vast amount of data to support and expand the global financial networks and usher in a new era of secure transactions using blockchain.

Internet 3.0 – The Internet of Value

Concurrent with the development of blockchain, the internet as we know it today will soon be replaced by blockchain protocol and create the “Internet of Value” that enables and allows for the exchange of value.

The legacy protocols of TCP/IP (Transmission Control Protocol/Internet Protocol) of the 1970s and the ground-breaking HTTP (Hypertext Transfer Protocol) - created by world-wide-web pioneer Sir Tim Berners-Lee in March of 1989 – that still powers the internet today will slowly but surely be replaced by blockchain protocols of a new kind.

Scalable protocols that will increase speed and provide a much more secure and transparent internet that can be used without intermediaries but through peer-to-peer validated and immutable transactions.

In theory, at least as it was originally conceived, the internet is a democratic space where knowledge can be freely shared. In reality, its a heavily controlled and monitored cyber-space owned by companies that sell your data and personal information to the highest bidder; it is anything but democratic. The blockchain era promises to change all that, which is why people who are passionate about blockchain love to talk about its politics.

Bureaucracy may not be sexy, but it does allow for certain benefits that anarchy does not.

Aerum – a promising Czech startup – is building the next generation decentralized infrastructure that will be fully compatible with the current leading blockchain protocol Ethereum - to develop ultra-fast blockchain protocols which can be used to launch dApps and many other applications that require speed and scalability.

In the hyper-connected world, internet speed is crucial to develop platforms that will provide valuable services to the mass market and global internet users by bypassing the legacy tech giants that “controlled” the world-wide-web up-to-now.

These so-called “free” services by the likes of “Google”, “Facebook” and “Twitter” were actually a means to the practice of data mining and extraction as well as storage in proprietary data silos, owned and controlled by these tech titans. Storing, controlling and selling this data to advertisers (and other less visible third-parties such as “Cambridge Analytica”) resulted in a “goldmine of endless profits”, catapulting “Google” to the top spot of publicly-traded tech companies that will soon join the “Trillion Dollar Club” that currently includes Apple and Amazon.

Tech activists, cypherpunks and rebellious hackers want to bring an end to this shamelessly abuse of the internet and profiteering from user data by big tech companies such as Google and Facebook. These advocates and activists for a “free and uncontrolled” internet are using “crowd” resources in an open infrastructure to create an internet “of the people, for the people and by the people” (to borrow from a quote by once US President Abraham Lincoln). Using strong cryptography and privacy-enhancing technologies such as blockchain, this “free internet for all” movement is quietly gaining ground to achieve global social and political change.

The Blockchain Protocol to Rule Them All

Just like Netscape vs. Internet Explorer and IOS vs. Android, blockchain is being challenged from every side with newer, better and faster protocols using on-chain, off-chain, side-chain and every other chain developers come up with. And the battle for blockchain supremacy is global and fierce.

The fundamental blockchain protocol and distinguishing characteristics of open, decentralised, transparent, time-stamped and tamper-proof data transfer is what makes blockchain so valuable and the ground-breaking technology of the future. It will profoundly affect every aspect of trade, commerce and networks that in a few years time, the TCP/IP internet as we know it will become obsolete and a fading technology, even if it may linger in the tech world for years to come just like “COBOL” computer programming language is still around after decades of continuous tech development.

But the ordinary internet user is not concerned about which protocol is powering his internet, the main concern is speed. Nobody likes a slow internet, let alone one that can be hacked and data stolen using simple hacks. Blockchain will make it increasingly difficult and in most cases impossible because all transactions are validated by a network of incentivised participants that will immediately detect a deviation, hack or cyber attack.

Blockchain ensures that all blocks in a chain can only be validated through the simultaneous updating of the entire network that makes it immutable and by having the incentive mechanisms of verification grounded into the blockchain code itself, it means that these protocols are “self-sustaining’.

Quantum computing – which is computing at ultra-fast speed coupled with incredible power - could render blockchain protocols obsolete or vulnerable to cyber attacks and now there’s talk of  “quantum immune” (meaning 100% secure) and “quantum resistant” (meaning not 100% secure) blockchain. Only time will tell what happens next in the quantum computing and blockchain space, however because of the rapid development of blockchain technology, the solution will always be somewhere down the line.

Decentralisation – Power to the People

The dynamics that drives blockchain development at a superfast pace is the willingness of an army of coders, developers and computer science volunteers that continuously improve blockchain protocol and the applications layer on top of blockchain.

Up until now, tech titans the likes of Google, Facebook, Apple, Alibaba and Amazon, Baidu and Tencent aggregated and captured the value of data and stored it in their own proprietary data silos, unwilling and outright refusing to share it unless paid for.

Today’s internet is composed of a “thin” protocol and a “thick” application layer where the true value is created by internet users around the world of which the resulting data is then stored and controlled by the tech giants of the modern world.

Blockchain flips the equation, it’s a “thick” protocol layer and a “thin” application layer which is the exact opposite of internet protocol.

Unlike today’s internet, blockchain is open source and a decentralised network of nodes on which the storage and replication of all user data is transacted across the protocol itself as opposed to data this is stored in “corporate tech silos” and can only be accessed through applications that is layered unto the internet protocol.

In simple terms, all data on today’s internet is stored and controlled by private companies in proprietary silos whereas on blockchain, all data becomes publicly accessible and that’s the beauty of blockchain. It makes data available to everyone that then can be used to develop new applications and eco-systems to the benefit of the general public at large.

The ultimate aim of blockchain developers - as well as the true believers of “net-neutrality” – is for a genuinely “free” internet that is available to all without constraints or profiteering by big tech. We are now only short distance away from blockchain becoming mainstream and replacing the “controlled’ internet as we know it today. And that means more power to the people.