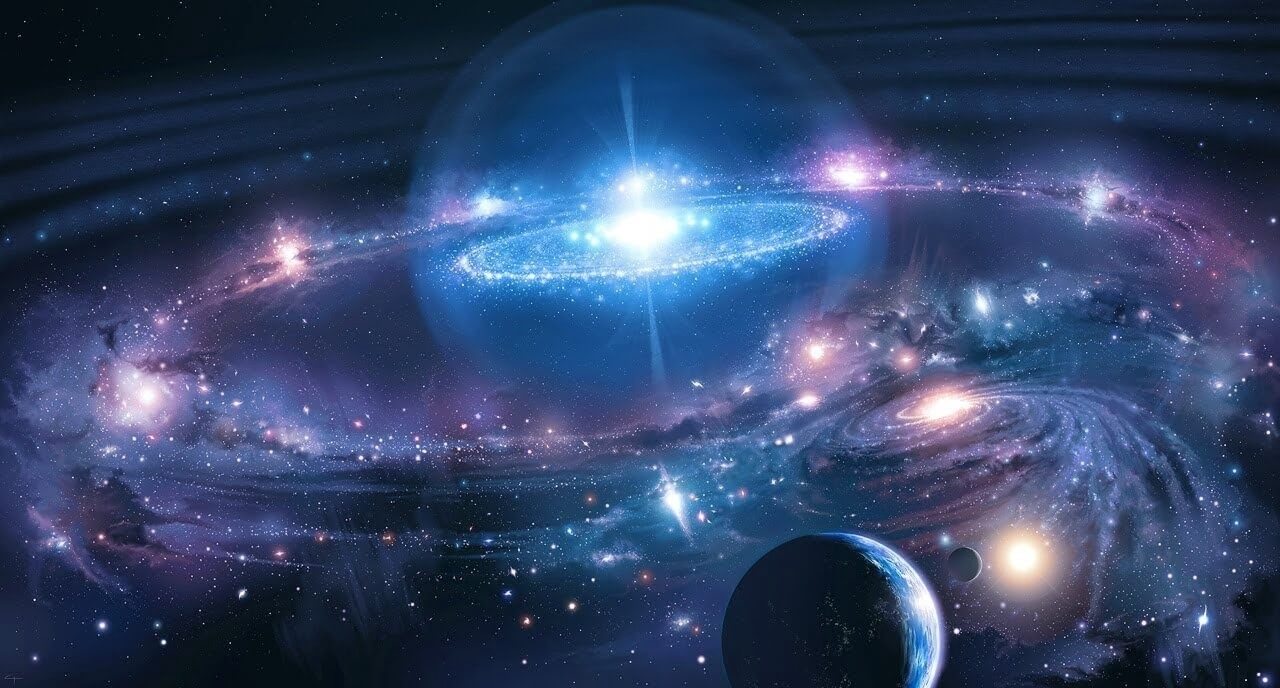 The multiverse was coined by American philosopher William James in 1895.

Artificial intelligence (AI) supports the idea of parallel universes beyond our own.

However, more research is needed in order to discover the hidden secrets of the multiverse and know more about the origin of our species. Source: How It Works

The multiverse is a theory in which our universe is not the only one, but states that many universes exist parallel to each other. These distinct universes within the multiverse theory are called parallel universes. A variety of different theories lend themselves to a multiverse viewpoint. The term multiverse  is a hypothetical collection of potentially diverse observable universes, each of which would comprise everything that is experimentally accessible by a connected community of observers.

Advances in AI have allowed us to make progress in all kinds of disciplines – and these are not limited to applications on this planet.

There are 3 types of AI:

The observable known universe, which is accessible to telescopes, is about 90 billion light-years across. However, this universe would constitute just a small or even infinitesimal subset of the multiverse. The multiverse idea has arisen in many versions, primarily in cosmology, quantum mechanics, and philosophy, and often asserts the actual physical existence of different potential configurations or histories of the known observable universe.

A related idea is that of the baby universe, in which a quantum gravitational process would create a new region of space-time that would bud off and potentially disconnect from its parent universe. This would lead to a “tree” of universes unlikely to interact after their formation. The process has been speculated to occur in the interiors of black holes. The connected multiverses could arise from processes in quantum gravity, a hypothetical theory that would unite Einstein’s theory of general relativity with quantum mechanics.

Cosmologists have found signs that a second type of dark energy — the ubiquitous but enigmatic substance that is pushing the current Universe’s expansion to accelerate — might have existed in the first 300,000 years after the Big Bang.

Data from the Atacama Cosmology Telescope suggest the existence of two types of dark energy at the very start of the Universe. This is key to understand the concept of the multiverse in our timeline. Artificial intelligence (AI) is useful in space exploration by processing satellite images as well as discovering other planets and galaxies. It can reduce the time required for initial mission design which otherwise takes many human work hours. AI can also help humans solve problems faster. In this manner, scientists can carry out effective and quicker inspections of our universe.

AI is capable of analysing data received from satellites to detect any problems, predict satellite health performance and present a visualisation for informed decision making. It is also being used to navigate spacecraft, probes and even rovers.

Our desire to further explore the final frontier seems to be growing each day. Perhaps the development of artificial superintelligence in the near future is crucial to discover the secrets of the multiverse.