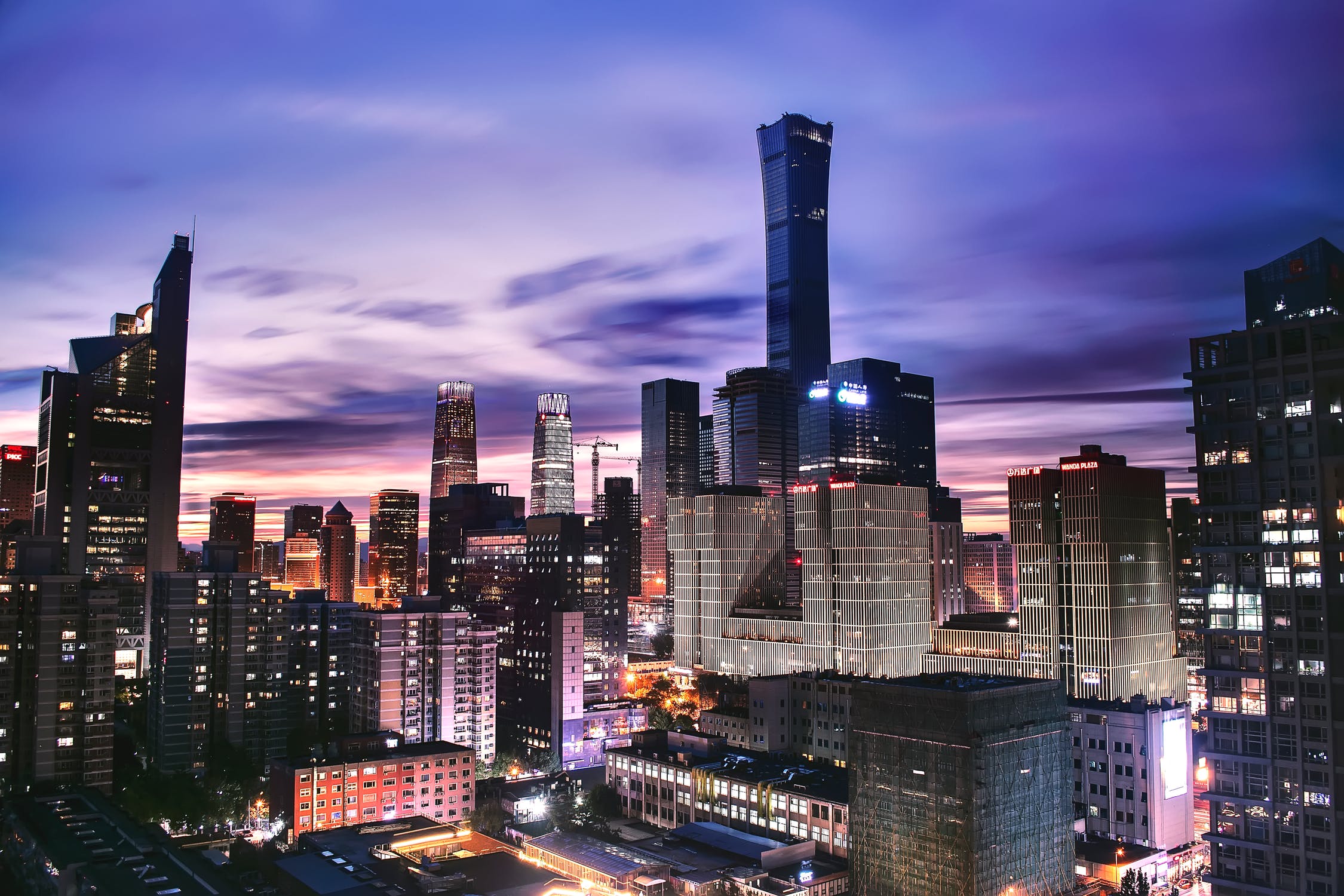 Despite being the world’s second largest economy, the Chinese yuan is painfully far behind in its share of global transactions — a digital yuan is unlikely to change that.

Thomas Fillmore was quietly fuming. His body language made it obvious he was upset, but to his three friends seated at the table with him, they either couldn’t care less, or hadn’t noticed his folded arms and furrowed brow.

Noticing their indifference, Fillmore cleared his throat loudly as he inspected the bill that had been presented by the waitress,

“Now see here gents, I don’t see why we should be splitting this bill four ways.”

“I only had a beer, Doug here had a burger and two beers, Jim had the nachos and a beer and Frank had a hot dog and a beer, it’s not fair.”

A collective, yet resigned groan emanated from the trio seated at the table. Doug interjected,

“Fine, what do you suggest then?”

Fillmore whipped out his smartphone and started hammering away on his calculator app,

“Well, including tax and tips, my total amounts to seven bucks forty-seven, Doug, yours amounts to…”

And for the next five minutes, Fillmore, almost gleefully, broke down the amounts owed by each individual on the bill, right down to the last cent.

For Fillmore, it wasn’t so much having to pay for food and beverage which he had not consumed, it was more the inequitable distribution of an economic burden which irritated him. To his mathematically inclined mind, shouldn’t the person consuming more pay more?

Yet for all intents and purposes, China’s rise as the world’s second largest economy, has not been accompanied by a similar rise in the use of the Chinese yuan as a vehicle to facilitate international commerce.

Not too long ago, when Japan was the world’s second largest economy, the Japanese yen rose alongside with Japan, as one of the world’s major currencies, traded alongside pairs such as the dollar, the euro and the Swiss franc and touted as an alternative to the dollar for invoicing global transactions.

Yet somehow, the presence of the Chinese yuan in the global financial markets has been muted at best.

According to a recent survey by the Bank for International Settlements, in terms of foreign exchange market turnover, the yuan is the eight most traded currency, with a share of only 4.3%, ranking just after the Swiss franc.

It’s Not The Size That Matters, It’s How You Use It

As China has been expanding economically, one of the key issues facing Beijing is whether or not the yuan can eventually enjoy the same currency status as its economic power.

To be sure, the gap between a country’s currency share and the size of its economy is not a new phenomenon. It took decades before the dollar was able to replace the British pound as a key international currency.

And becoming a key international currency is not without costs as well — as Japan in the 1980s, an ascendant economic power, demonstrated in its reticence to internationalize the yen.

But there are key benefits to a domestic currency becoming a key international currency.

First, there is significant seigniorage to be had from the difference between the cost to print and issue money, to the things that that money can buy globally.

Then there’s how a country’s monetary policy has additional room for maneuvering when its currency is a global, even when interest rates are at or near zero, because policy moves by a country’s central bank can have huge ramifications across the world.

And when a country’s national currency achieves global currency status, it allows banks headquartered in that country to conduct their global banking business more easily. It’s no surprise that all of the world’s major banks are represented in a few square miles surrounding lower Manhattan.

Finally, global currency status allows a country to use its currency as a weapon to add sting to unilaterally imposed sanctions, as well as to project soft power in urging countries to get in line with its foreign policy objectives.

The benefits of a country’s national currency becoming the dominant global currency are myriad and well documented and so it should come as no surprise that China would harbor such ambitions that the yuan could one day assume this role as well.

For after all, what value is a blue water navy, if you need to use dollars to refuel and resupply in a foreign port?

There’s a reason why dollars are so dominant. From Laos to Lithuania, dollars are accepted where other currencies would receive a puzzled look — network externality matters.

Which is why there is so much regulatory opposition to Facebook’s proposed Libra cryptocurrency — Facebook already has substantial network externality and combining Instagram and Whatsapp to that ecosystem, could well be on its way to creating an international financial hegemony without so much as a national border or a navy.

Two Sides Of The Same Coin

Facebook and China’s approaches to digital currency represent the dichotomy of visions as to what an international currency could one day look like.

If Libra becomes a reality, it might mean a gradual shift of international currencies towards a multi-polar world order, one that is led by private initiative and one that would also usher in the potential for non-governed cryptocurrencies such as Bitcoin to enter the fray.

Given that Libra is expected to be backed by a basket of short-term government securities and bank deposits from major economies, it has the potential to substantially undermine a dollar-dominated international financial system.

China’s vision of a global currency led by the digital yuan is different. Top down, the digital yuan can simultaneously be an instrument for surveillance and oppression. Chinese citizens looking to avoid governmental overreach may then be forced to delve underground into alternative mediums of exchange, such as Bitcoin and other cryptocurrencies.

But the digital yuan is likely to have far less reach, perhaps confined to those countries which are dependent on China’s trillion-dollar Belt and Road infrastructure initiative, or supporting global retail payments via WeChat Pay or Alipay.

Because what’s holding the yuan back from its status as a international currency is not technology.

The basic three functions of money are as a store of value, a medium of exchange and a unit of account — all three functions are important and interrelated when internationalizing a national currency.

If a currency is a medium of exchange, it can be used as an invoicing currency in international trade, which facilitates growth of a country’s financial market to facilitate hedging and funding of that currency, which in turn, enhances its role as a store of value.

Just Like Gold, It Must Be Tested In Fire

In a crisis, who would provide liquidity for a global stablecoin such as Libra? Would the Federal Reserve be expected to bail out Libra because Facebook is an American company?

Similarly, if China’s digital yuan were to achieve international currency status, would China be able to cope with a liquidity crisis on a global scale? Does it possess the wherewithal to do so?

Using technology alone is not a magic pill that can convert a national currency into an international one.

Because technology in and of itself does not solve the fundamental issue of liquidity provision, without which an international currency could not properly function, it is like sticking a Mercedes hood ornament on a lousy car — it becomes obvious when you drive it.

Take for instance the U.S. Treasury Department’s response to the 2008 global financial crisis — a depression was in all likelihood averted by Washington’s action to pour liquidity into the American financial system, calming markets and shoring up banks.

The strength of America’s institutions went on display during the global financial crisis, despite the crisis itself being very much a creation of the American financial system.

The difficulty with liquidity lies in the fact that the world is not yet truly global.

Technology in and of itself cannot solve the complicated problems of liquidity provision that are currently managed by a combination of various imperfect mechanisms.

Against a backdrop of half measures, the dollar still stands out as the least objectionable among other currencies, which allows the United States to continue to enjoy global financial hegemony.

Just because the yuan becomes digital, doesn’t necessarily mean that it will become international.

China’s cryptocurrency may end up becoming precisely that — China’s.