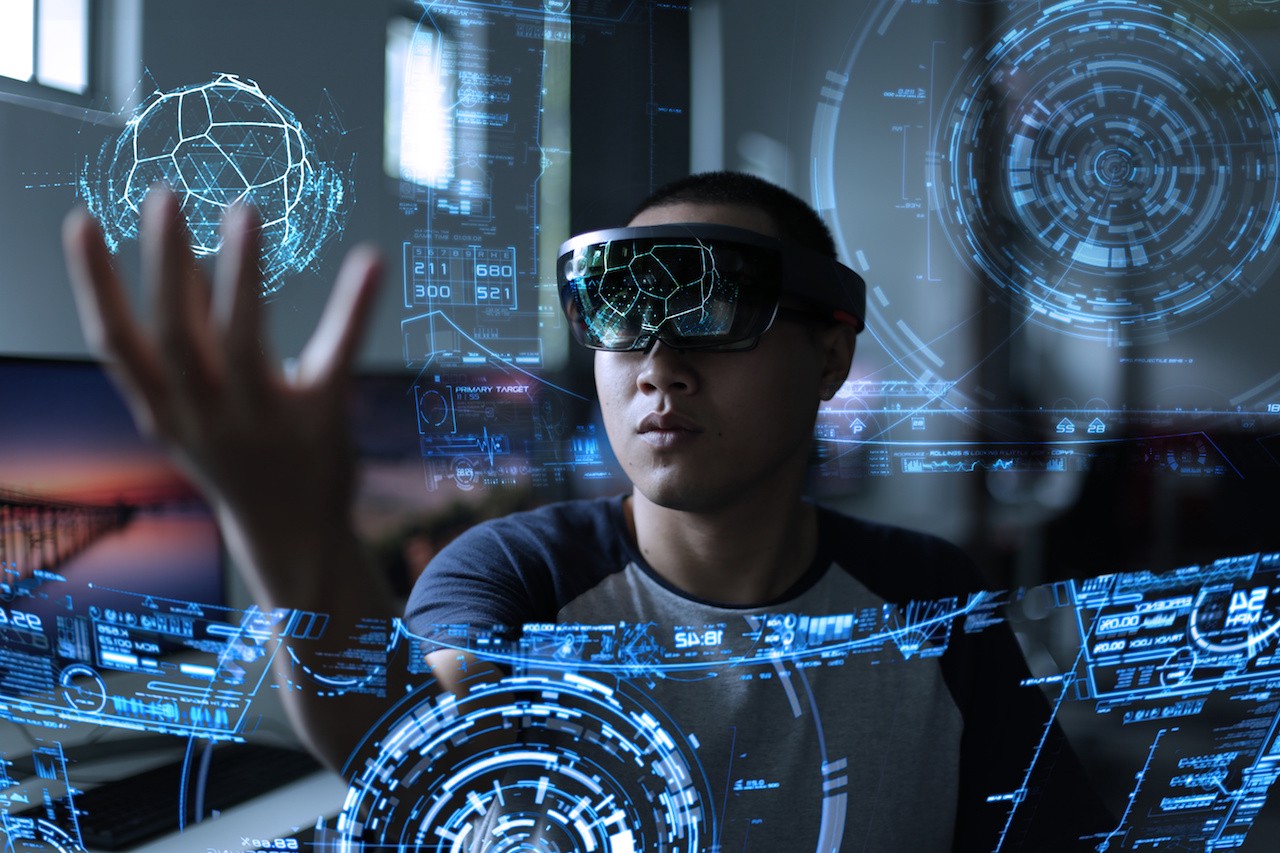 As the metaverse unfolds and more and more companies are looking to join the fray.

We are seeing the progression of development life cycles of various hardware and software.

Virtual reality headsets are getting smaller, faster, wireless, and more portable than ever before. As the hardware advances, we are also seeing a seamless transition on the software side to OpenXR.

The Future of Virtual Reality

As headsets evolve, the likes of Quest 1 & 2 and the upcoming project Cambria will all look to build upon the OpenXR standard framework. The multi-billion-dollar wager on the future of XR tech by Meta proves that this industry is here to stay — hence standards need to be set and built upon for cross-platform redundancy. In a virtual roundtable discussion with reporters, Meta’s own Mark Zuckerberg announced the latest in a series of prototypes that will be paving the way for the future of XR. 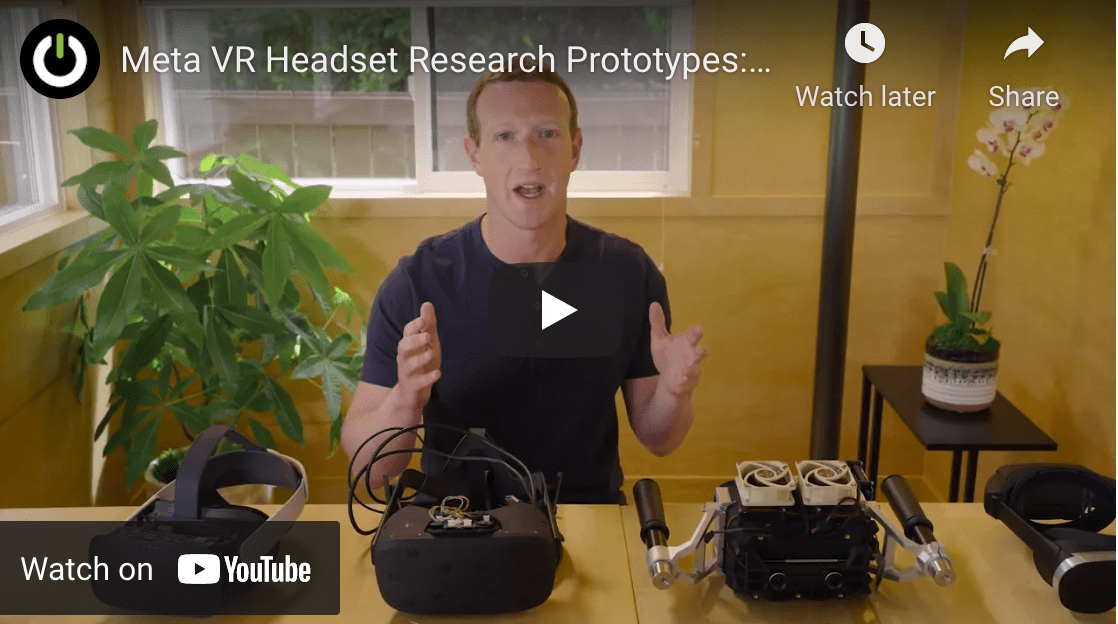 Meta is looking to innovate in massive ways as it looks towards a consumer-based future in the metaverse where users will bask in full XR glory for media consumption, shopping, entertainment, and more.  While this will unfold over the next decade or so, the reality is that we are in the very early days of both augmented and virtual reality technology and will continue to see incremental improvements over time. 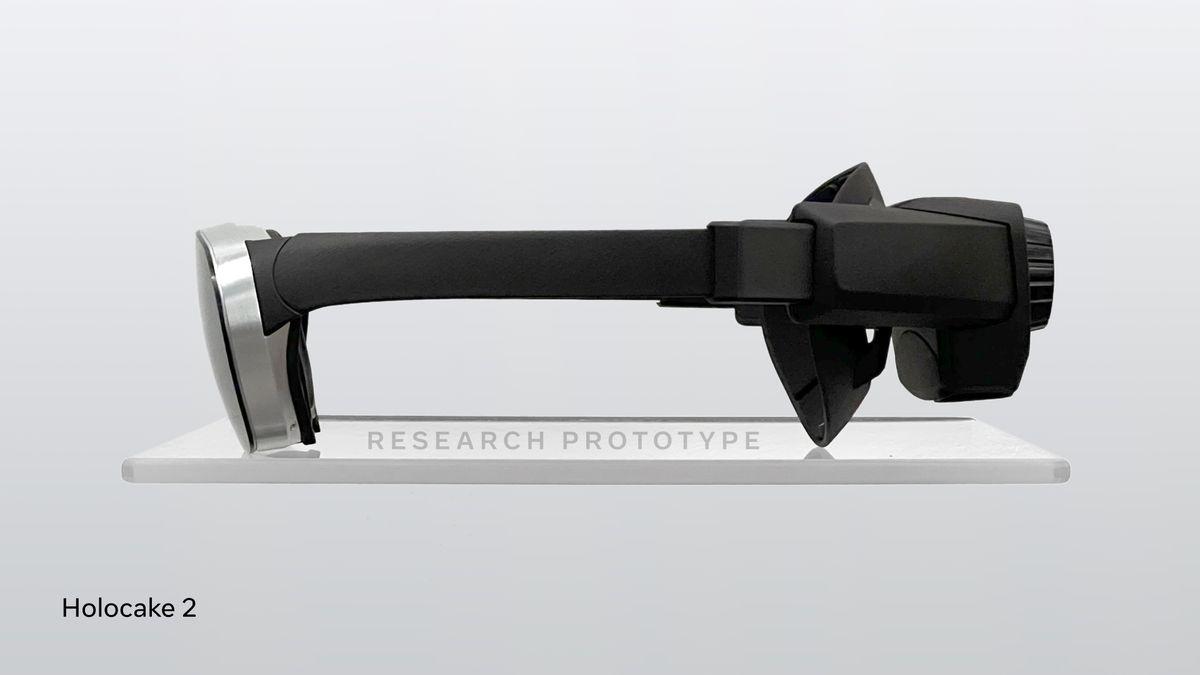 Other hardware suppliers like Pico and HTC will also look to move forward with the same standard. HTC is one of the earliest adopters of OpenXR portability and had already built out developer resources well before their counterparts, however, as of this writing, it appears Oculus has followed suit and surpassed them in terms of support on the development side.

A number of leading organizations and companies have also come together to create the Metaverse Standards Forum, which is being created to foster interoperability standardization for an open metaverse.  Simply put, this will be a consortium to collaborate on a standardized framework, the likes of which OpenXR has already developed and deployed at least for the XR industry.

OpenXR is an open, royalty-free standard for access to virtual reality and augmented reality platforms and devices. It was first introduced by the Khronos Group back in 2017 at the annual Game Developers Conference (GDC). It was later released as a professional version for developers in March of 2019, and that’s when we first got our hands on it. OpenXR was created to form a baseline for development across virtual and augmented reality devices. 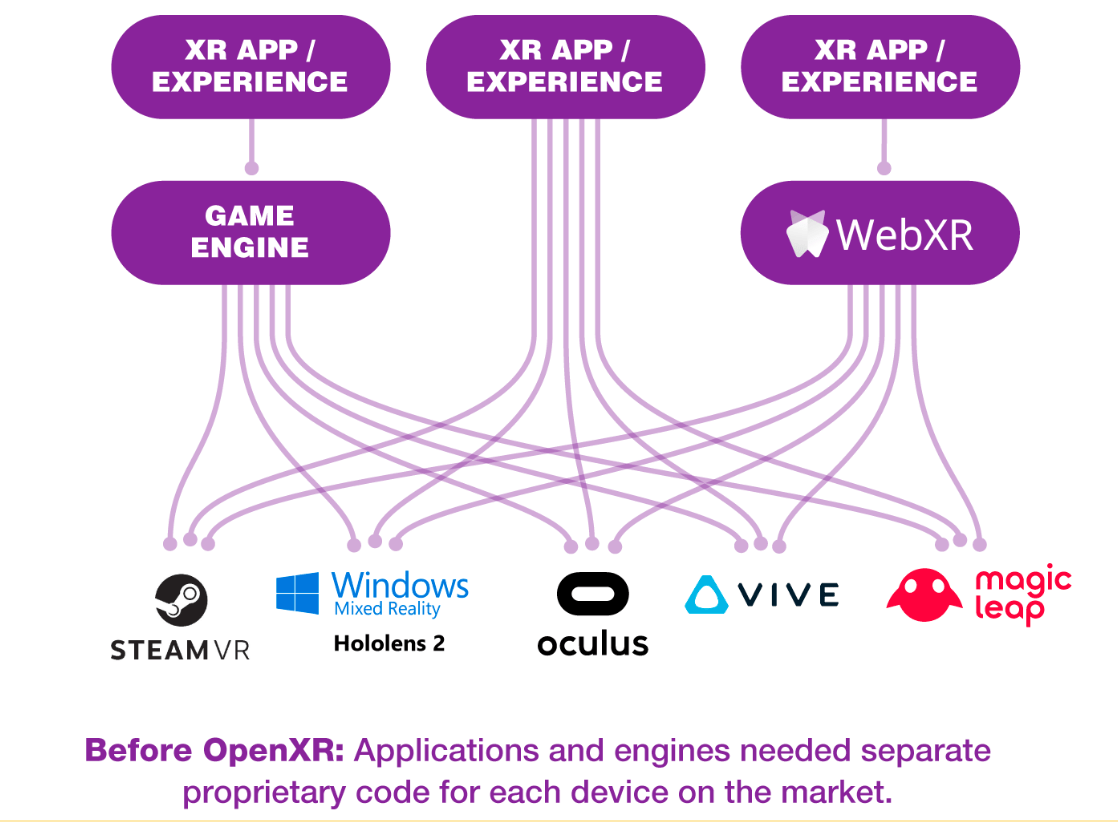 What does OpenXR mean for the future?

As mentioned earlier, OpenXR will evolve as a standard in place for the development of virtual and augmented reality applications. We will begin to see applications using similar frameworks for development which will create apps that are device agnostic and can be run on any device. Similar to how we have games for both Xbox, Playstation, and PC – We will begin to see uniform applications for all major hardware platforms and device types (Pico Neo 3, Quest 2, HTC Vive Focus 3).

This will also apply to PC-powered VR devices as well as AR headsets in the same way as the current standalone ones. This means current AR devices like the Microsoft Hololens 2, and even legacy VR devices like the tethered Oculus Rift S. The OpenXR cross-platform standard will get full support from others in developer preview form, with extra backing from the key chipset and XR accessory makers.

This might not seem that impressive to the layman, but the reality is that supporting all these devices meant that both Oculus and Microsoft had to release OpenXR compatible runtimes for both Intel and ARM architectures. This means that for both developers and businesses alike, the same applications will be able to run across PC-powered headsets, standalone Android-based headsets, and even HoloLens mixed reality goggles – all of which will save a ton of time and money in the development of universal virtual experiences.

Developer previews are also underway for two other high-end devices on the market; The Valve Index – a SteamVR-based headset and Varjo, an immersive mixed reality headset that focuses on ultra-high-resolution simulations. With all of this adoption and industry support ramping up from all sides, we can expect to see more and more adoption as momentum builds for the OpenXR standard.