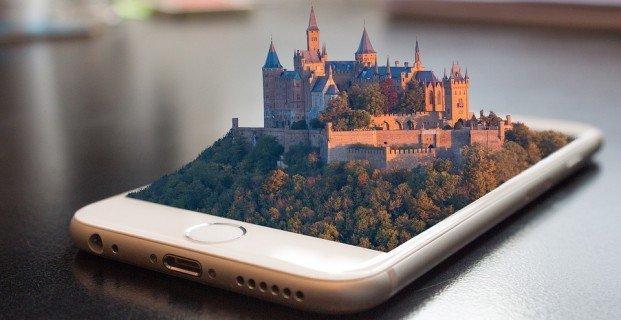 Virtual reality (VR) and augmented reality( AR) have drastically evolved throughout time. Virtual reality (VR) is an artificial, computer-generated simulation or recreation of a real life environment or situation. It immerses the user by making them feel like they are experiencing the simulated reality first, primarily by stimulating their vision and hearing. Augmented reality (AR) is a technology that layers computer-generated enhancements atop an existing reality in order to make it more meaningful through the ability to interact with it. AR is developed into apps and used on mobile devices to blend digital components into the real world in such a way that they enhance one another, but can also be told apart easily.

Virtual and augmented reality apps have earned a lot of media attention and are promising tremendous growth. Both technologies will likely disrupt the ecommerce industry with its ability to personalise and enhance the shopping experience for customers. According to CNN, approximately 40% of consumers would be willing to spend more on a product if it offered an augmented reality experience. Thus, putting retailers who offer augmented reality features online at a competitive advantage that’ll likely increase sales, conversion rates and number of products sold for their online store.

Innovation has become a disruptor among retailers, differentiating those who commit to investing in tools that better engage their consumers and those who stick to more traditional practices. The rapid evolution of ecommerce has allowed retailers to focus on creating a strong online presence, not just enhancing their in-store journey. Not only has ecommerce been profitable for business but also convenient and pleasing for consumers. Yet, despite the opportunity intrinsic to online retail and shopping, there are also some daunting challenges that companies must overcome in order to successfully sell online. As mobile commerce grows, merchants still struggle to come close to the conversions of desktop. There are a couple factors to which retail insiders attribute this disparity between desktop and mobile conversion rates:

Intent – With the majority of ecommerce sales being performed through desktop devices, consumers who shop on mobile more frequently have an intent to browse catalogs rather than buy.

Mobile friction – Most mobile devices weren’t intended for online shopping, and the smaller screens and (often) slower load times make it difficult for users to complete their purchasing decisions as easily, especially when it comes to entering information and comparing products. This often results in cart abandonment.

The convenience of shopping online, especially through mobile, faces tough obstacles that augmented reality is directly addressing. Being that AR is mostly seen through smartphones, it’s improving the ecommerce experience through both product visualization and making mobile shopping an engaging throughout the decision making process. Augmented reality is encouraging shoppers to spend more time visualizing and configuring products in the real world, and they are no longer left with doubts about their online purchases.

Captured reality is scanned to identify and define the exact position where the virtual content should be embedded.

This position could be identified either by markers (visual tags) or by tracking technologies such as GPS, sensors, infrared, or laser.

As the scene becomes clearly recognized and identified, the corresponding virtual content is requested, typically from the Internet or from any kind of database.

Finally, the AR system produces a mixed image of the real space as well as the virtual context. The two are combined and come together as one. Augmented reality works effectively in that it blurs the line between an imagined world and the reality. With 37% of the world’s population now active social media users, brands understand the need for social media presence. They rely on it to advertise products and services, as well as use it for daily interaction with consumers. But as more brands use social media in the traditional form we are all accustomed to, the big giants are slowly incorporating AR to stay ahead.

Simply imagine a consumer experience where shoppers are able to try your products and make a purchase without ever walking into your store. More people would proceed to cart as they’d be more decisive, leading to an increase in sales and growth in customer loyalty. There is no doubt that people are fascinated by the appearance of unprecedented objects in their own reality. And it’s this kind of fascination that would drive brand sales if the tech was to reach a wider audience: Think social.

Augmented Reality works effectively in that it blurs the line between an imagined world and the reality. AR incorporation by brands is still at ground level, with only the big names like Microsoft, Facebook and Apple in the playing field. If more brands can go all in to implement AR in future solutions like Apple is doing, we can expect a huge market for businesses to leverage.

AR gives us the power to increase our scope of visibility by sensing things that were never seen before. It will definitely make our cities smarter and our shopping experience more vivid. Our eyes being the sharpest sensing organs are the next battleground for all tech companies, disrupting the status quo like never before.