How Deep Learning Has Proved to Be Useful for Cyber Security

How Deep Learning Has Proved to Be Useful for Cyber Security 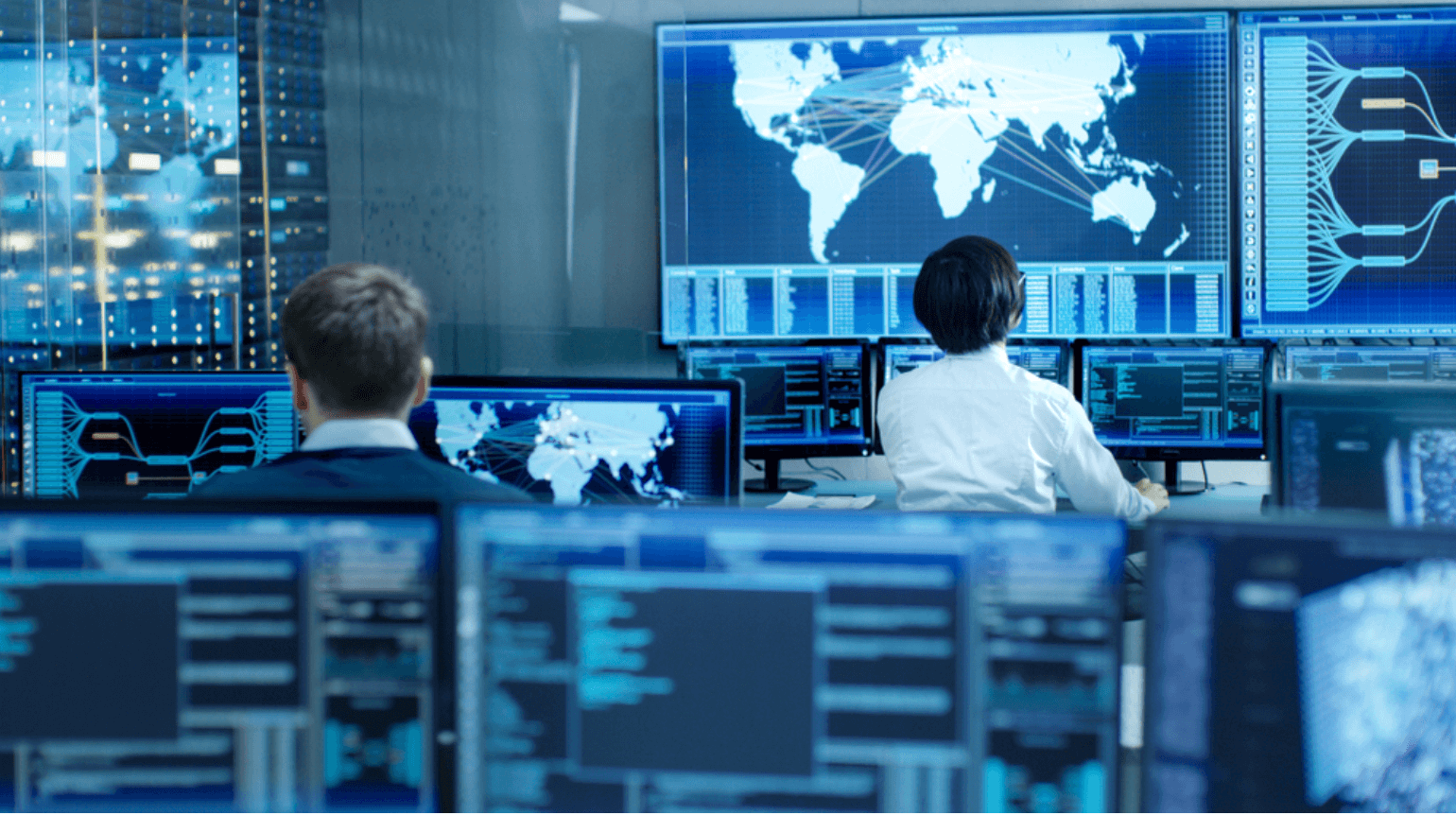 The threat of cyber attacks has recently increased dramatically and traditional measures now appear to be insufficiently competent.

Because of this, deep learning in cyber security is rapidly gaining ground and may hold the key to solving all your cybersecurity issues.

With the advent of technology, there is also an increase in threats to data security and the need to protect an organization’s operations using cybersecurity tools. However, companies are struggling due to most cybersecurity tools being dependent. They rely on signatures or evidence of compromise for the threat detection capabilities of the technologies they use to safeguard their business. Because they are only useful for identifying risks they are already aware of, these technologies are useless against unknown attacks. Here is where deep learning in cyber security can alter the course of events. Deep learning, a branch of machine learning, is excellent at using data analysis to address issues. By subjecting the deep neural network to a vast quantity of data, which no other machine learning in the world can handle, digest, and crunch, we are mimicking the brain and how we operate. 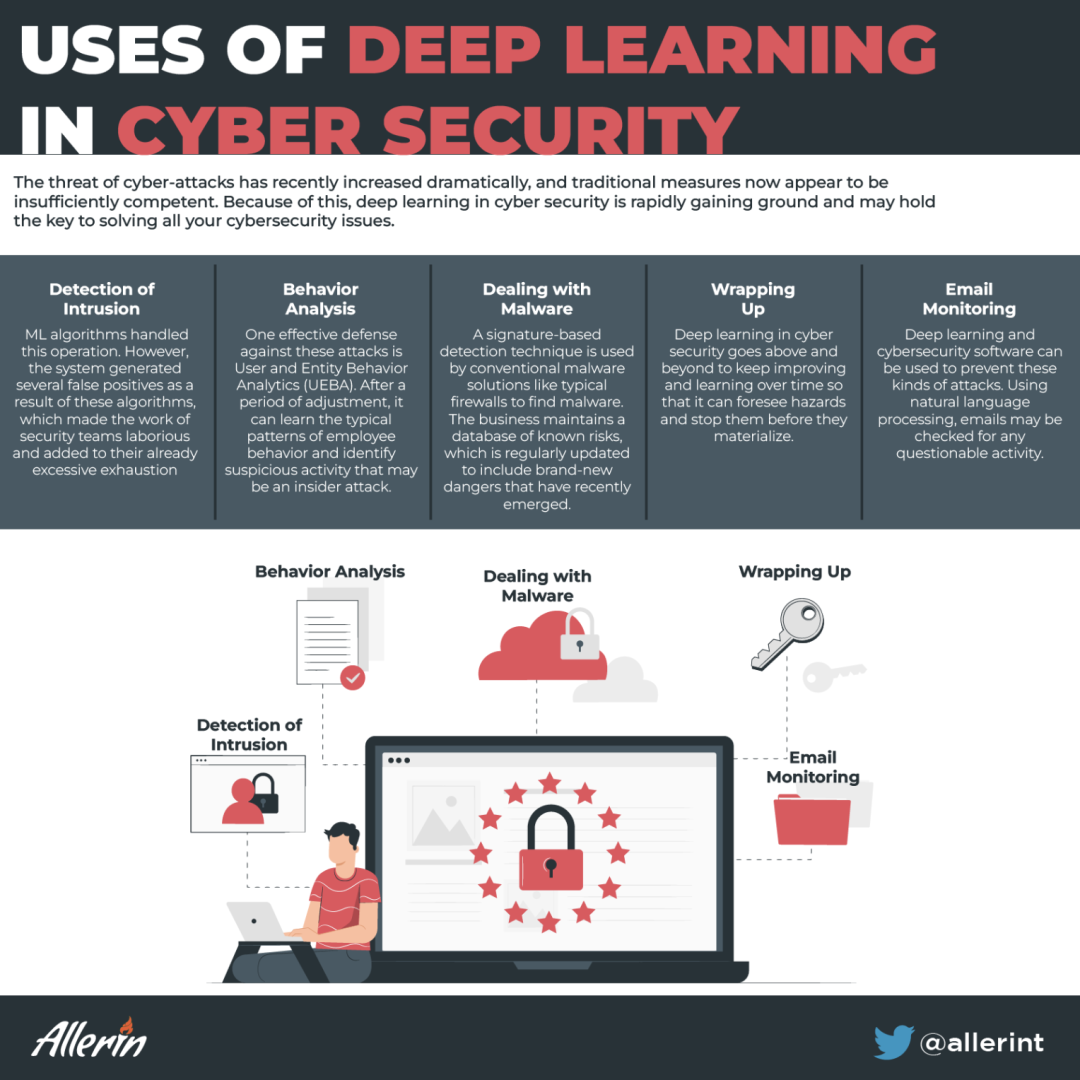 The cyber security industry is facing numerous challenges and deep learning technology might just be its salvation.

An essential deep learning-based security strategy for any firm is tracking and examining user activities and habits. Since it goes beyond security mechanisms and sometimes doesn't trigger any signals or alerts, it is substantially harder to spot than conventional malevolent behavior against networks. For instance, insider attacks happen when employees utilize their legitimate access for nefarious purposes rather than breaking into the system from the outside, making many cyber protection systems ineffective in the face of such attacks. One effective defense against these attacks is User and Entity Behavior Analytics (UEBA). After a period of adjustment, it can learn the typical patterns of employee behavior and identify suspicious activity that may be an insider attack, such as accessing the system at odd hours, and then raise alarms.

Intrusion Detection and Prevention Systems (IDS/IPS) are capable of identifying suspicious network activity, blocking hackers from gaining access, and notifying the user about the same. They are generally characterized by well-known signatures and common attack formats. This is helpful in defending against risks like data leaks.
Previously, ML algorithms handled this operation. However, the system generated several false positives as a result of these algorithms, which made the work of security teams laborious and added to their already excessive exhaustion. By more accurately analyzing the traffic, lowering the number of erroneous alerts, and assisting security teams in differentiating between malicious and lawful network activity, deep learning, convolutional neural networks and recurrent neural networks (RNNs) can be used to develop smarter ID/IP systems.

A signature-based detection technique is used by conventional malware solutions like typical firewalls to find malware. The business maintains a database of known risks, which is regularly updated to include brand-new dangers that have recently emerged. Although this method is effective against basic threats, it fails to counter more sophisticated threats. Deep learning algorithms can identify more complicated threats since they are not dependent on the memory of well-known signatures and typical attack techniques. Instead, they become familiar with the system and can see odd behavior that can be a sign of malware or malicious activity.

To stop any form of cybercrime, it is essential to monitor the employees' official email accounts. For instance, phishing attacks are frequently carried out by sending emails to employees and requesting sensitive information from them. Deep learning and cybersecurity software can be used to prevent these kinds of attacks. Using natural language processing, emails may be checked for any questionable activity.

Automation is essential for defending against the enormous amount of risks that businesses must deal with, but ordinary machine learning is too constrained and still needs a lot of tweaking and human involvement to produce the desired outcomes. Deep learning in cyber security goes above and beyond to keep improving and learning over time so that it can foresee hazards and stop them before they materialize.