How Much is Advertising During The Big Game Worth?

How Much is Advertising During The Big Game Worth? 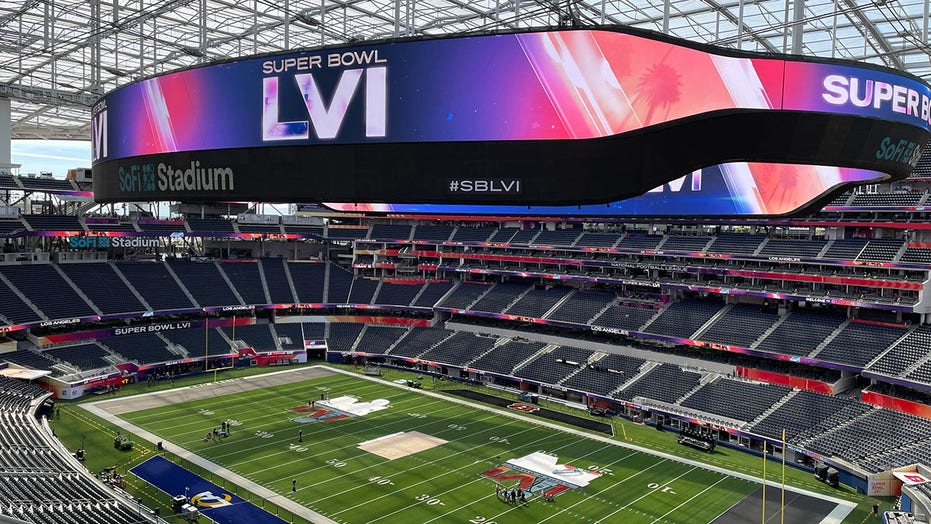 As a marketer what would you set the value at on 100 million + people seeing your ad?

This year the price has been set by NBC at $6.5 million for 30 seconds during this year’s big game that rhymes with Uber Poll (they won't let me say the real name). In a digital world $6.5 million could go a long way with search, social, and other digital spend. What if you could get 100 million people viewing your ad, an increase in your stock price, and up to 60 days boost on social media?

There are only a few opportunities that can even touch the reach of the Big Game and its engaged audience. The Olympics and the World Cup are a couple of those and they are also happening in 2022.

Brand awareness is funny at times. It’s hard to measure and sometimes hard to link to direct revenue.

Here is some interesting data to check out though from some research I did on the Big Game when I was with Adobe.

Big Game 50 had nearly 116 million viewers and produced over 200 million Facebook posts. In 2014 I created an algorithm that analyzed the social buzz produced by all of the ads and created a top 10 best ads based upon total mentions, buzz growth over an average day, international reach, positive sentiment, and spend efficiency (buzz per dollar spent). The results were posted for USA Today’s Super Bowl Ad Meter.

My analysis showed that the top-rated ads were able to achieve an average of 25 days increased buzz over their previous average day. Proctor and Gamble’s Like A Girl campaign that won my top ten in 2014 was able to get 60 days of sustained buzz. The advertisers during the Big Game were also able to get 5x more buzz during the game then their non advertising competitors 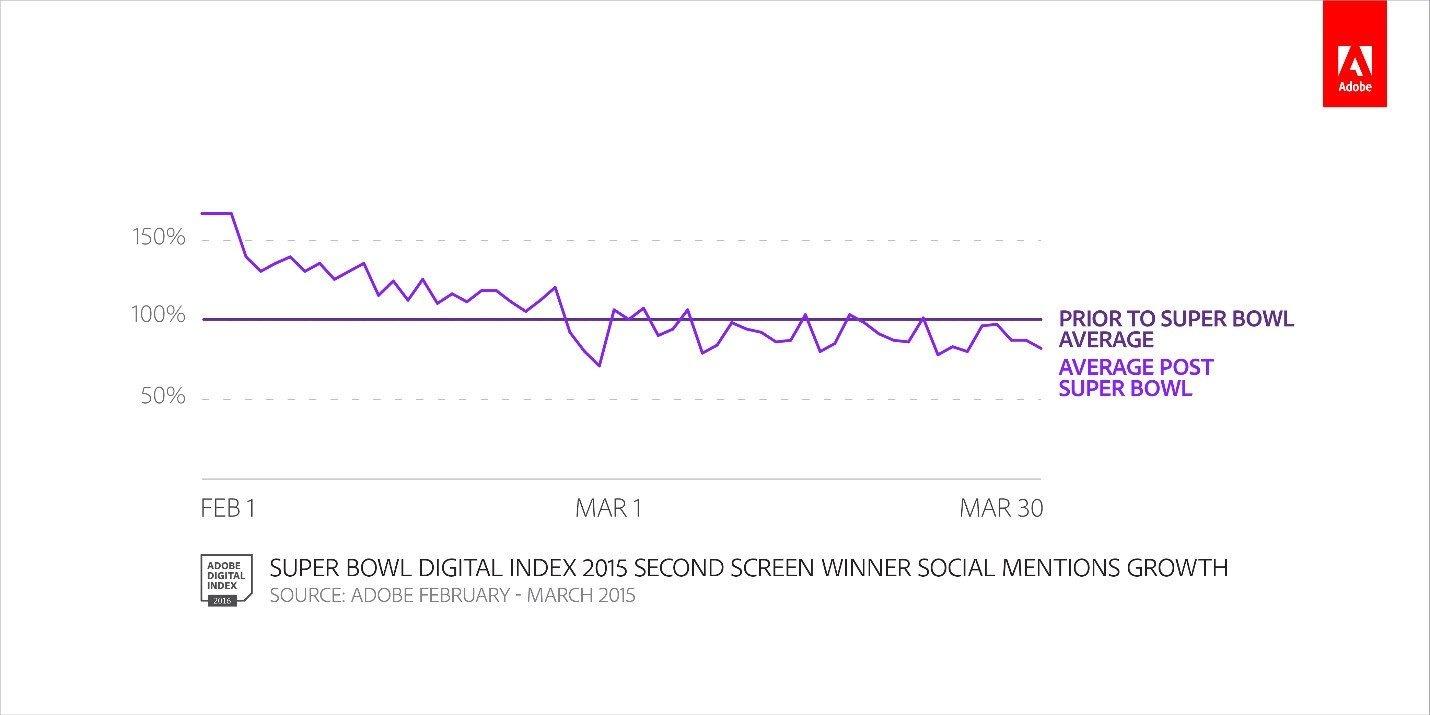 Long-lasting Awareness, Worth It?

A month of increased conversation about your brand is pretty good. If you set up other smaller campaigns to tie into the Big Game one you could see it last even longer and lead to more direct revenue. For example, after advertising during the Big Game you set up a retargeting campaign on Facebook and Google to showcase a different piece of content, a promotional offer, or something else to capture a customer to anyone who visited your site during the spike then you can keep it rolling.

Advertising at the Big Game should be the pinnacle of a much larger campaign. If you nail the messaging and the ask from customers well enough then you could see if lasts for years.

How Much is Tom Brady Worth?

Along with social buzz, the top advertisers combined with Under Armour, who sponsors Tom Brady, had stock prices that on average outperformed the S&P by 2% at the close of business on Monday after the ads aired and continued to outperform the S&P for 7 days following the game and some even a month following the game the year that Tom Brady and the Patriots last won the Super Bowl. 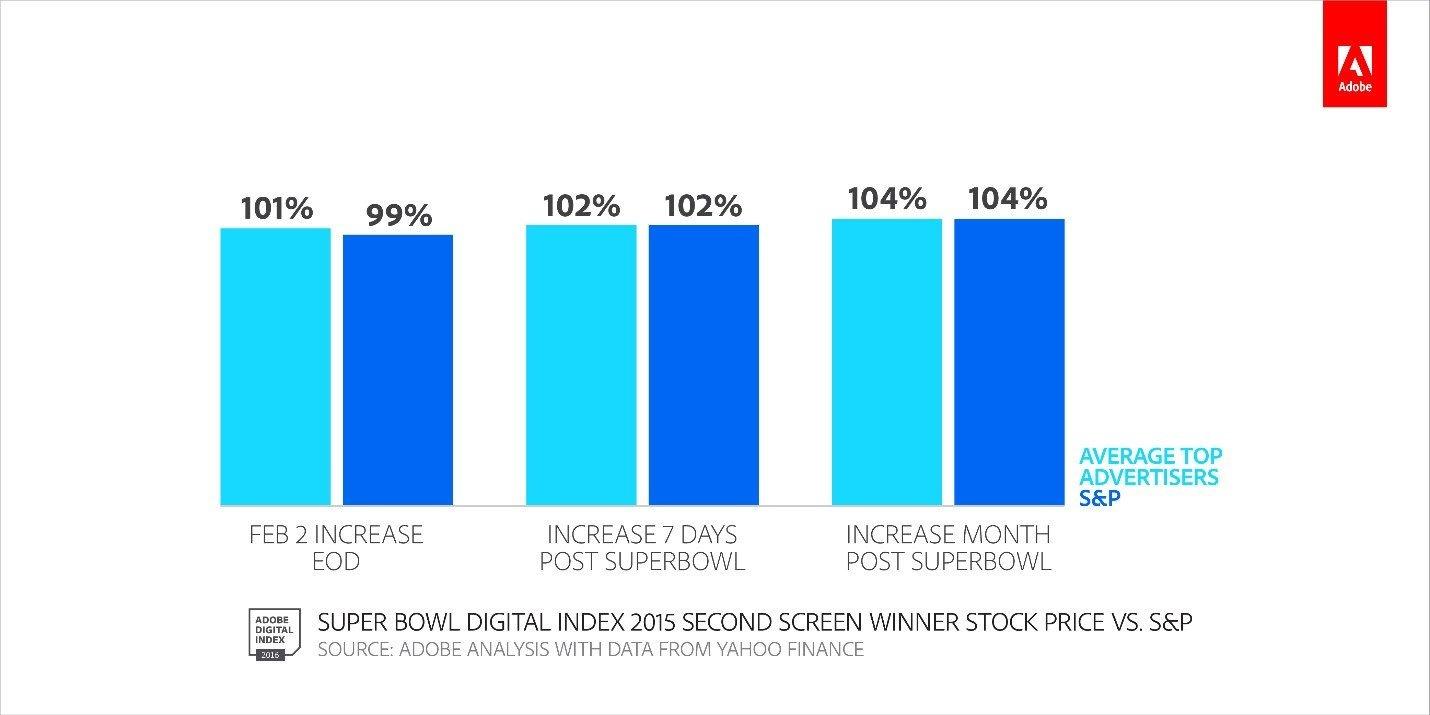 The Big Game also provides unique access to all age demographics. According to the survey done by Adobe Digital Insights, the NFL is the #1 sport by Millennials, Gen Xers, and Baby Boomers. Also, 87% of those surveyed plan on watching the game. Advertisers can also expect good engagement with their brand sites after the ads air with Millennials doing so immediately, Gen Xers after the game, and baby boomers within a week Gen Xers who arguably have the most current buying power are the most influenced by Super Bowl ads with 36% announcing that they will affect their purchase decisions. 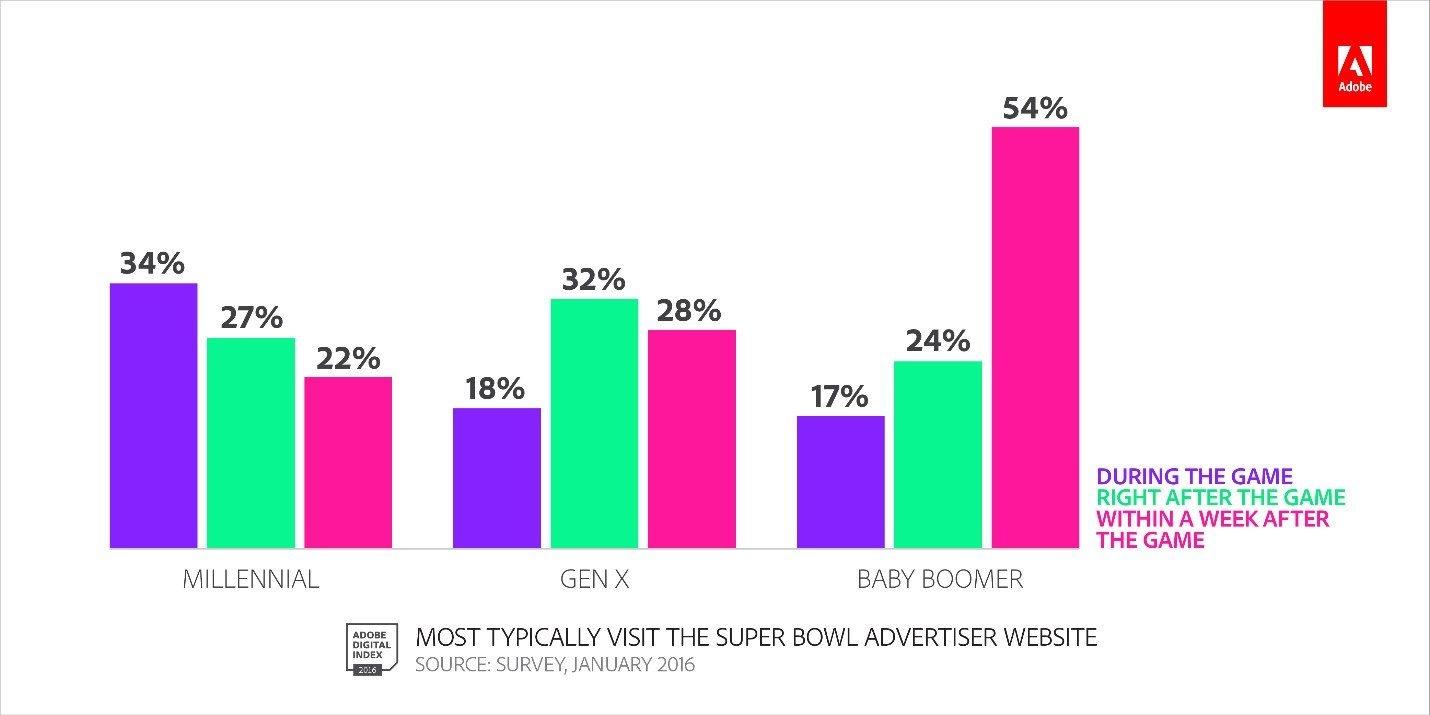 $6.5 million is a lot to spend especially in a digital world, but there is no other event that can showcase your brand to 100 million + people globally, increase your social brand reach for up to 60 days, and potentially help your stock price. I definitely think the price is reaching a tipping point especially in a world of smart TVs and mobile where more niche-targeted advertising could be more effective. However, I do enjoy watching a good commercial, and as a father of three, I still can’t get over my love for the VW Darth Vader commercial in 2011.

As a marketer I hope that the brands continue to fork out the dough, so I can enjoy all of the game rather than just the part where Matthew Stafford or is it Joe Burrow… . leads their team to victory.