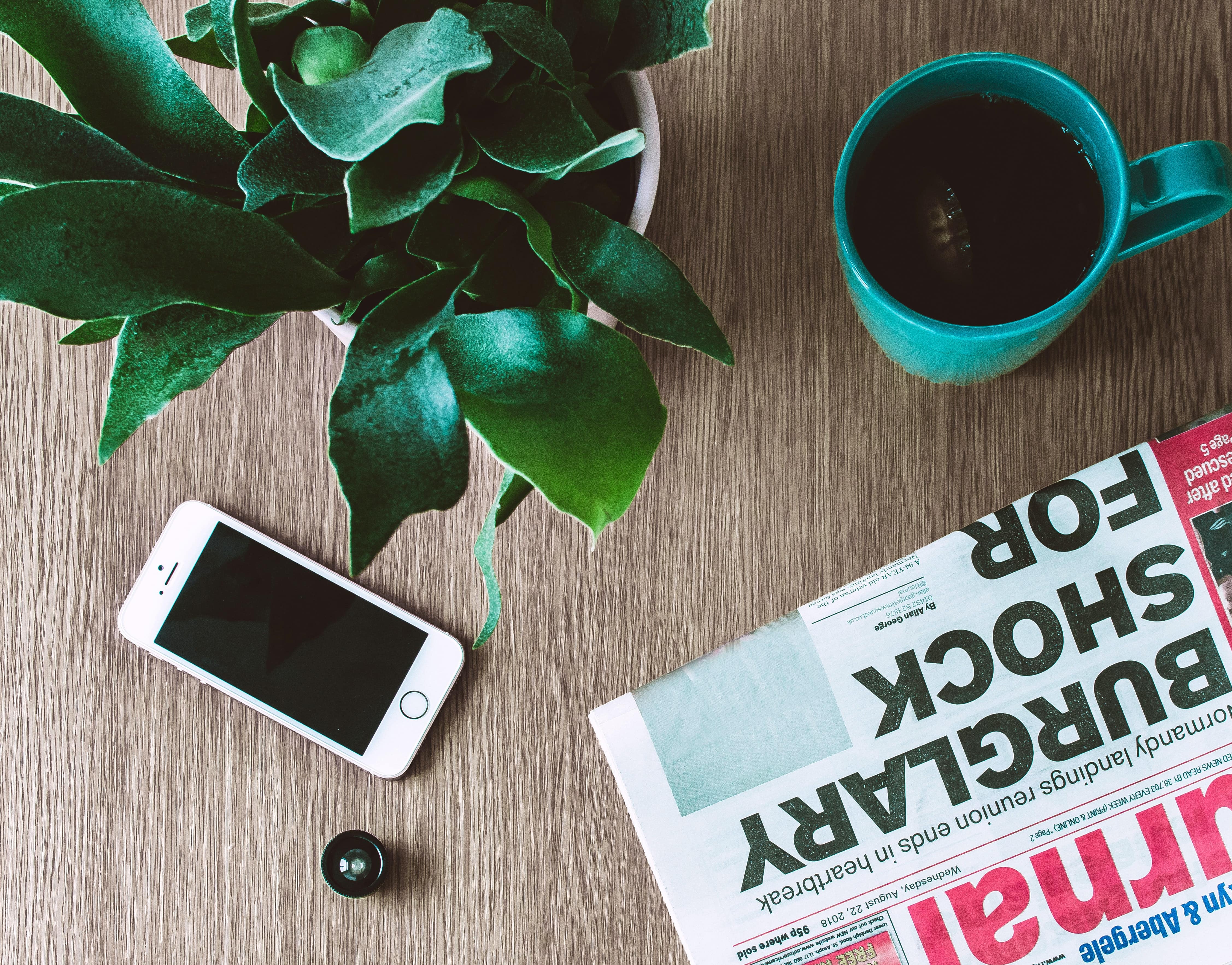 With the effective use of blockchain to combat fake news, we can potentially expect an authentic deliverance of news.

We read and watch a lot of news every day but have you ever thought how genuine the information being provided is? Have you ever taken an initiative to verify the news being reported? If not, then you absolutely should because ‘not everything you see is what it appears to be.’ According to a poll conducted by Axios and SurveyMonkey, 72 percent of Americans believe that “major media publications report news they know are false.’’ But sometimes the entire process of identifying the source and verifying the news can be quite a time consuming, here’s where technology can be of service. By making use of blockchain to combat fake news, we can identify who or what the source is and thus verify it.

How We Can Use Blockchain to Combat Fake News

Blockchain technology is not just about cryptocurrency anymore; the blockchain technology is moving beyond cryptocurrency and has started offering its features across various sectors such as healthcare, education, and real estate. It has just made its presence felt in the field of journalism and, if effectively utilized, it can potentially be very beneficial to prevent the reporting of fake news. Some of the elements that determine how blockchain could possibly help combat fake news are as follows:

One of the prominent features of blockchain technology is the transparency it can provide. Recently, a community-owned network for journalism was established earlier this year that specializes in providing transparency to the members involved. This journalism community entirely works on cryptocurrency tokens. Anyone can register with the mentioned community and can set up a newsroom. The members can get access to the newsroom and get to know who is responsible for reporting certain news. In this way, the journalism community helps in maintaining the transparency of the news.

Just like the transparency, the use of blockchain can possibly help trace the origin of the news. Whenever you doubt a reporting source or feel like questioning the originality of the news, you can track the news source easily by identifying who reported it and when it was reported. This feature of the blockchain can greatly help prevent the generation of fake news.

A blockchain is decentralized, which implies that multiple parties are involved in the network. Referring to the community-owned network mentioned earlier, according to their community policy, any member can challenge a newsroom that is suspicious of delivering fake news. Also, other members have the right to vote for or against the newsroom that has been challenged. If the newsroom is found to be reporting fake news, then it is eventually rejected by the community.

The emerging technology that Blockchain is and the transparency and traceability it can provide, we can leverage the features of blockchain to combat fake news and thus can help rebuild the trust of people in media. Though the blockchain technology has just made its appearance in the journalism community, but many media publications might not be aware of the benefits it holds. If blockchain technology is implemented on a large scale, it can potentially bring about a revolutionary change in the world of journalism.

View all
10 Surefire Ways to Improve Execution in Your Business
The Impact of COVID-19 on Content Marketing
Agility is a Short-Term Strategy: Anticipation Brings Exponential Change
Are Low Quality Electronic Components Damaging Your Business? Here Are 3 Consequences You Should Be Aware of
What is Marketing Collateral and Why Should You Care?
Affiliate Marketing 101: How to Set Up a Profitable Partner Program
6 Sustainable Swaps for an Eco-Conscious Home
Sustainable Fashion: Recycling Challenges in The Textile Industry
Is The Internet of Things Making Way For Smart Agriculture?
Clean Energy and Pro-Mining
Lithium for Car Batteries: A Demand Shock Example
Sustainability Reporting Is Not A Proxy For Progress
Withheld Too Little? Your Guide To The IRS Penalty Relief
Banking: The Way It Was and The Way it Will Be
How to Financially Prepare for Retirement
How Well-Known Investors Have Succeeded and the Strategies they Use
Cashing Out a College Education: 5 Reasons You Should Pursue a Finance Major
Everything You Need to Know to Open and Access an Offshore Bank Account
Some Economics of Black America
Commodities, Supply-Chains and Structural Changes in Demand
Interview: Amartya Sen on a Bicycle
From Pandemic to Digitalization to Productivity?
The G-7’s Reckless Commitment To Mounting Debt
The Social Nature of Government Actions
Political Economy of the Pandemic Response
Queen Elizabeth II Marks 95th Birthday in Private
Covid-19 and Fake News: Exponential Rise of Conspiracy Theories and How to Prevent Misinformation
UK Budget 2021: Corporate Tax Rise, VAT Cut for Hard Hit Sectors Extended & Income Tax Thresholds Frozen
What If George Washington Lied?
Judges and Ideology
Europe is Having a Robots Right Debate: Do Robots Deserve Human Rights?
Healthcare's UI is Simply Unfinished
Dealing with Long COVID...Today
Engineering a Symbiotic Artificial Superintelligence by 2025
The Role of Context in Data
When the Invention Becomes the Inventor: How AI is Making Inroads in Scientific Discovery and Innovation
Safe Travel Ideas During the Pandemic
Measuring Content Marketing Performance in B2B
Leadership: How To Know That You Are Doing Well As A Leader
6 Reasons Why Entrepreneurs Love Muay Boran
Finding Hope Amidst Traumatic Events: Can Trauma Improve Education
What Are Topic Clusters and Why Use Them?
Five Benefits of Leveraging Loan Servicing Software in Your Daily Operations
Smart Security Needs Smart People More Than It Needs Smart Technology
Paying Ransomware Should be Illegal
Landbot Review: An Intuitive & Easy-to-Use Chatbot Builder
How to Export Your Outlook Calendar
2 Biggest Factors Driving the Future of Cybersecurity

Safe Travel Ideas During the Pandemic
Five Benefits of Leveraging Loan Servicing Software in Your Daily Operations
Withheld Too Little? Your Guide To The IRS Penalty Relief
Smart Security Needs Smart People More Than It Needs Smart Technology
Paying Ransomware Should be Illegal