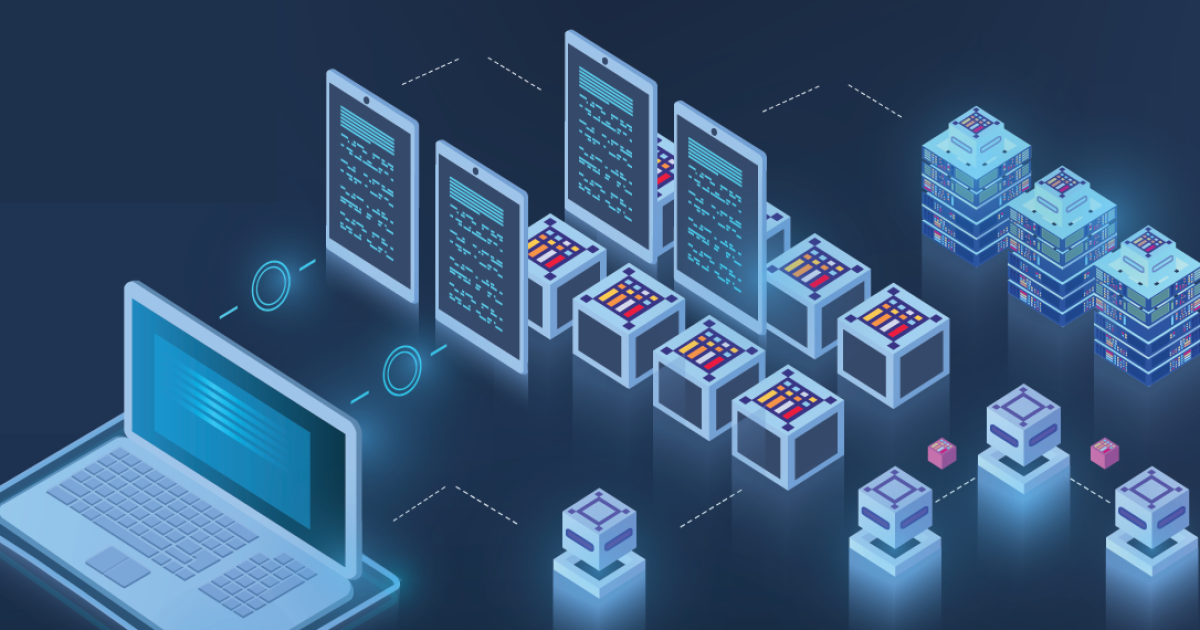 The simplest and best definition of Blockchain technology is to think about it as electricity, you only see its applications but you understand how important it’s and know there are many applications and products that can run on it.

But like any other technology it went through stages and evolved as it progressed and matured. We started with Blockchain 1.0 and now we are at Blockchain 4.0.

In the following article we will explain each version of Blockchain: 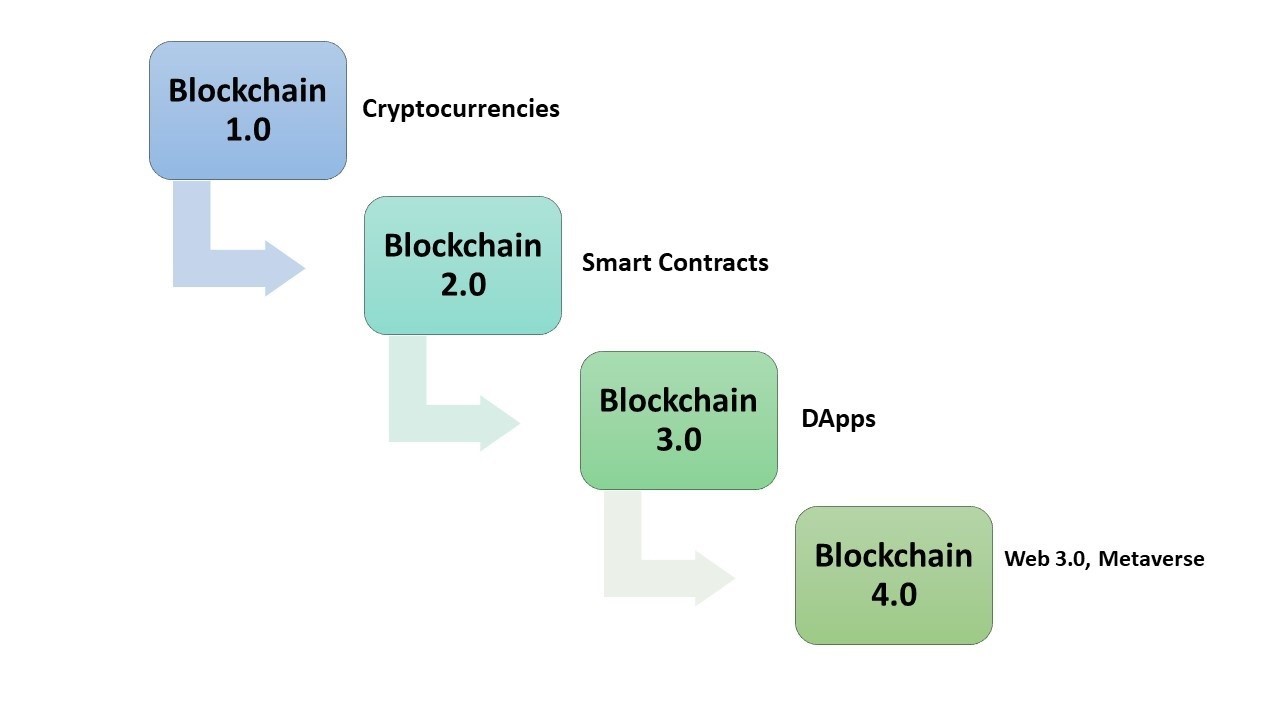 The Blockchain’s first-ever application was bitcoins. Blockchain has already established itself as the enabler of an ‘Decentralized Internet of Money’ by powering cryptocurrencies. By providing transparency, accountability, immutability and security, Blockchain very soon triggered the influx of more cryptocurrencies, and today we have more than 10,000 different cryptocurrencies in circulation.

*Maximum number Bitcoin is 21 million coins , we have ~19 millions in the market now

With Blockchain 2.0 came the era of smart contracts that helped #blockchain to outgrow its original functionality of powering cryptocurrencies.

What is a smart contract?

· Smart contracts are essentially automated agreements between the contract creator and the recipient.

· Written in code, this agreement is baked into the blockchain, making it immutable as well as irreversible.

· They're usually used to automate the execution of an agreement so that all parties can be sure of the conclusion right away, without the need for any intermediaries.

· They can also automate a workflow, starting when certain circumstances are satisfied.

One key benefit of a smart contract is the automation of tasks that traditionally require a third-party intermediary. For example, instead of needing a bank to approve a fund transfer from client to freelancer, the process can happen automatically, thanks to a smart contract. All that’s required is for two parties to agree on one concept.

Smart contracts have gained widespread appeal because they are tamper proof and lower the cost of verification, exception, arbitration, and fraud protection, in addition to permitting automated permission-less execution. Also, smart contracts allow transparent data recording, which is easily verifiable and provides the involved parties equal sovereignty over their deals.

The very popular Ethereum is a 2nd generation blockchain. For fueling the functionality of smart contracts, Ethereum is the go-to Blockchain for enterprises across industries, especially supply chain, logistics, and cross border payments.

Although a second-gen Blockchain, Ethereum has been continuously at the forefront, scaling up its offerings to expand the blockchain functionalities across industries. Ethereum is leading the way in everything from smart contacts to dApps, asset tokenization to DAOs, DeFi to NFTs.

Blockchain 3.0 has been all about Decentralized applications (Dapps).

Decentralized applications (Dapps) are applications that run on a P2P network of computers rather than a single computer. dapps , have existed since the advent of P2P networks. They are a type of software program designed to exist on the Internet in a way that is not controlled by any single entity.

Powered by new consensus mechanisms like Proof of Stake, Proof of History and others, 3rd gen blockchain protocols focused on areas like Speed, Security, Scalability, Interoperability and Environment friendliness.

For offering benefits like transparency, scalability, flexibility and reliability, the Global DApp market is expected to reach $368.25 billion by 2027. DApps have found applications across verticals like Gaming, Finance, social media, and Crypto transactions.

Blockchain 4.0 is focused on innovation. Speed, user experience and usability by larger and common mass will be the key focus areas for Blockchain 4.0. We can divide Blockchain 4.0 applications into two verticals:

The Internet is constantly transforming, and we are on our way to the third generation of internet services, which will be fueled by technological advances such as IoT, Blockchain, and Artificial Intelligence. Web 3.0, is focused at having decentralization at its core, therefore Blockchain plays a critical role in its development.

Web 2.0 has been revolutionary in terms of opening up new options for social engagement. But to take advantage of these opportunities, we as consumers have poured all of our data into centralized systems, giving up our privacy and exposing ourselves to cyber threats. Web 2.0 platforms are managed by centralized authorities that dictate transaction rules while also owning user data.

The 2008 global financial crisis exposed the cracks in centralized control, paving the way for decentralization. The world needs Web 3.0- a user-sovereign platform. Because Web 3.0 aims to create an autonomous, open, and intelligent internet, it will rely on decentralized protocols, which Blockchain can provide.

There are already some third-generation Blockchains that are designed to support web 3.0, but with the rise of Blockchain 4.0, we can expect the emergence of more web 3.0 focused blockchains that will feature cohesive interoperability, automation through smart contracts, seamless integration, and censorship-resistant storage of P2P data files.

The dream projects of tech giants like Facebook, Microsoft, Nvidia, and many more, Metaverses, are the next big thing for us to experience in the coming few years. We are connected to virtual worlds across different touchpoints like social engagement, gaming, working, networking and many more. Metaverse will make these experiences more vivid and natural.

Advanced AI, IoT, AR & VR, Cloud computing and Blockchain technologies will come into play to create the virtual-reality spaces of the metaverse, where users will interact with a computer-generated environment and other users through realistic experiences.

Centralized Metaverse entails more intense user engagements, deeper use of internet services and more uncovering of users’ personal data. All these almost likely means higher cybercrime exposure. Giving power to centralized bodies to regulate, control and distribute users’ data is not a sustainable set-up for the future of Metaverse. Therefore, much emphasis has been placed on developing decentralized Metaverse platforms that will provide user autonomy. Decentraland, Axie Infinity, and Starl, these are all decentralized Metaverses powered by Blockchain:

Also, Blockchain 4.0’s advanced solutions can help Metaverse users regulate their security and trust needs. Take the Metaverse gaming platform, for example, where users may purchase, possess, and trade in-game items with potentially enormous value. Proof of ownership through something as immutable and scarce as NFTs will be required to prevent forgery of these assets.

Blockchain 4.0 solutions can aid in the following Metaverse development requirements:

•  Digital collectability of assets (such as NFTs)

• Transfer of value through crypto

At the end Blockchain 4.0 will enable businesses to move some or all of their current operations onto secure, self-recording applications based on decentralized, trustless, and encrypted ledgers. Businesses and institutions can easily enjoy the basic benefits of the Blockchain.