Pros and Cons of Killer Robots

Pros and Cons of Killer Robots 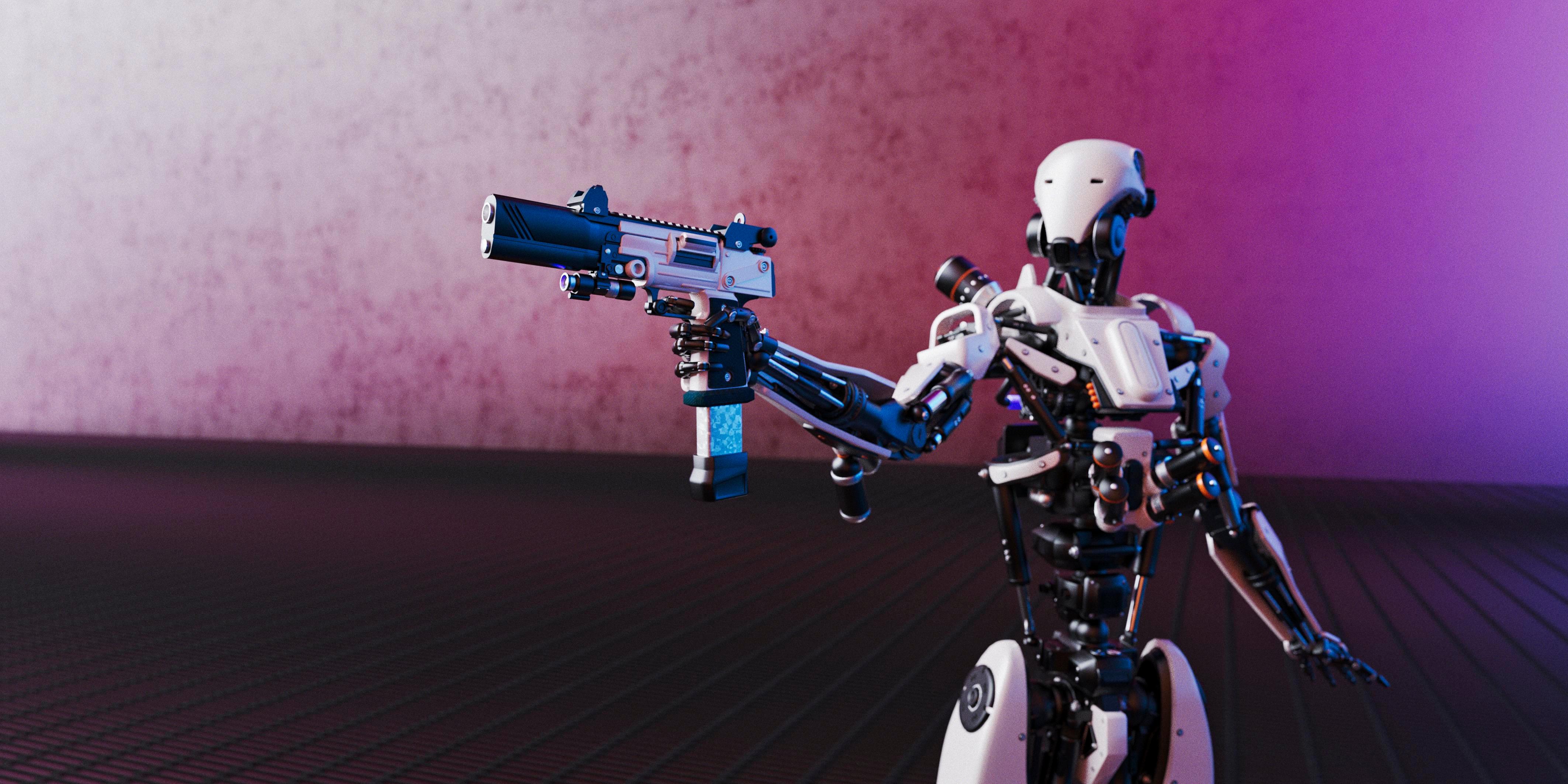 The introduction of killer robots in the military has led to a heated debate about their potential applications and misuse.

Sci-fi movies like ‘The Terminator’ and ‘Transformers,’ where robots kill an evil mastermind or an army of malevolent robots have always been a part of pop culture. Thanks to increasing developments in AI, such robots are no longer fictional. Military organizations are considering the deployment of different types of robots, such as the killer robots, for military operations. Killer robots (also known as autonomous weapons) are robots with artificial intelligence that can be utilized in military combat and other military operations. Killer robots can independently search and target enemies with the help of preprogrammed descriptions and constraints.

Killer robots can benefit military organizations in the following manner: Everyone knows for a fact that several soldiers die or get severely injured every year in war-torn nations and combat with terrorists. Multiple families face dire conditions after the death of loved ones. Governments and citizens appreciate the sacrifice made by brave soldiers but eventually, it’s the loved ones who face the consequences. Hence, governments and military organizations must adopt an alternative to reduce war casualties. A major advantage of deploying killer robots is that the number of casualties can be reduced significantly. Killer robots can help in dangerous missions, where there is a possibility of a high rate of casualties. Military organizations may also be able to get better results using killer robots as their attacks can be precise. Also, warfighters have basic human instincts of survival that can restrict them from making potentially life-threatening decisions, which is quite understandable. However, killer robots will do what they are programmed for and sometimes, make the necessary sacrifice.

In several wars, every army has some combat zones that are highly secured. Attacking such combat sites is extremely complicated and requires extensive planning. Even after developing an effective attack strategy, warfighters may receive unforeseeable damage and be forced to retreat. In some cases, warfighters may win the combat but, face multiple casualties. Therefore, attacking such combat zones is risky and not a feasible approach. The adoption of killer robots will enhance combat in highly secured zones. With proper planning, killer robots can attack combat zones effectively. In case the robots start failing, military commanders can order them to retreat. Also, casualties would not be a significant concern with killer robots as it is with soldiers. Therefore, killer robots are essential for military organizations in highly secured combat zones.

Military organizations can deploy killer robots in risky missions such as explosive ordnance disposal. Killer robots can be programmed to work efficiently in dangerous work sites. In radioactive areas, killer robots can be especially useful as they can work for longer hours compared to humans, who will be affected by the radiation within hours. Also, killer robots can prove to be increasingly effective in prolonged missions if military commanders monitor them frequently.

The US Senate has allocated a military budget of $934 billion for 2021. The budget is distributed to various military departments, operations, and veteran healthcare schemes. A significant amount of the budget is also spent on dead military personnel’s family and treatment of injuries and mental disorders. Compared to the expenses of military personnel, the cost of killer robots can be lower. Killer robots would not require payroll and additional perks. The only expenses involved in killer robots would be their cost and maintenance charges. Hence, governments can significantly reduce their expenses and allocate saved funds to other domains such as education, social security, and housing. Military organizations must note that facial recognition and AI can make mistakes. A striking example of this failure is the face unlock feature on Samsung Galaxy S10 phones. Several users have been able to fool the facial recognition system of Samsung Galaxy S10 with pictures of the owner or even their siblings. In case killer robots fail in recognizing enemies, the consequences can be disastrous. In this manner, killer robots may violate the principle of distinction. The principle of distinction requires belligerents to distinguish between civilians and combatants during an armed conflict. If killer robots are deployed in areas where civilians are present, then the chances of civilians being attacked increase exponentially. Such incidents can be fatal for civilians and negatively affect reputation of the military.

Killer robots raise significant concerns about accountability. Military personnel can be held accountable for mistakes or civilian death. However, killer robots cannot be held accountable in a similar manner. Also, it is increasingly difficult to determine whether a killer robot made a flawed decision due to bugs in the program or AI-based decision-making abilities. Additionally, families of dead civilians can be given justice by suspension or imprisonment of military personnel. But, law enforcement agencies cannot deliver such justice with killer robots. Besides, one of the major motives of accountability and justice is making an example out of a situation or a person, which can deter unlawful acts in the future. However, robots that cannot comprehend human emotions such as compassion, fear, and empathy and hence, cannot respond positively to such incidents and their effects.

Military organizations must understand that AI-powered killer robots cannot be trained for every possible scenario. AI systems are usually trained with the help of large volumes of historical data. There are many scenarios that may not have documented data. Training AI systems for such scenarios can be extremely complex. Also, killer robots may witness several new situations and make mistakes on-field, leading to dire consequences. Hence, killer robots may be unable to make correct decisions in unfamiliar situations.