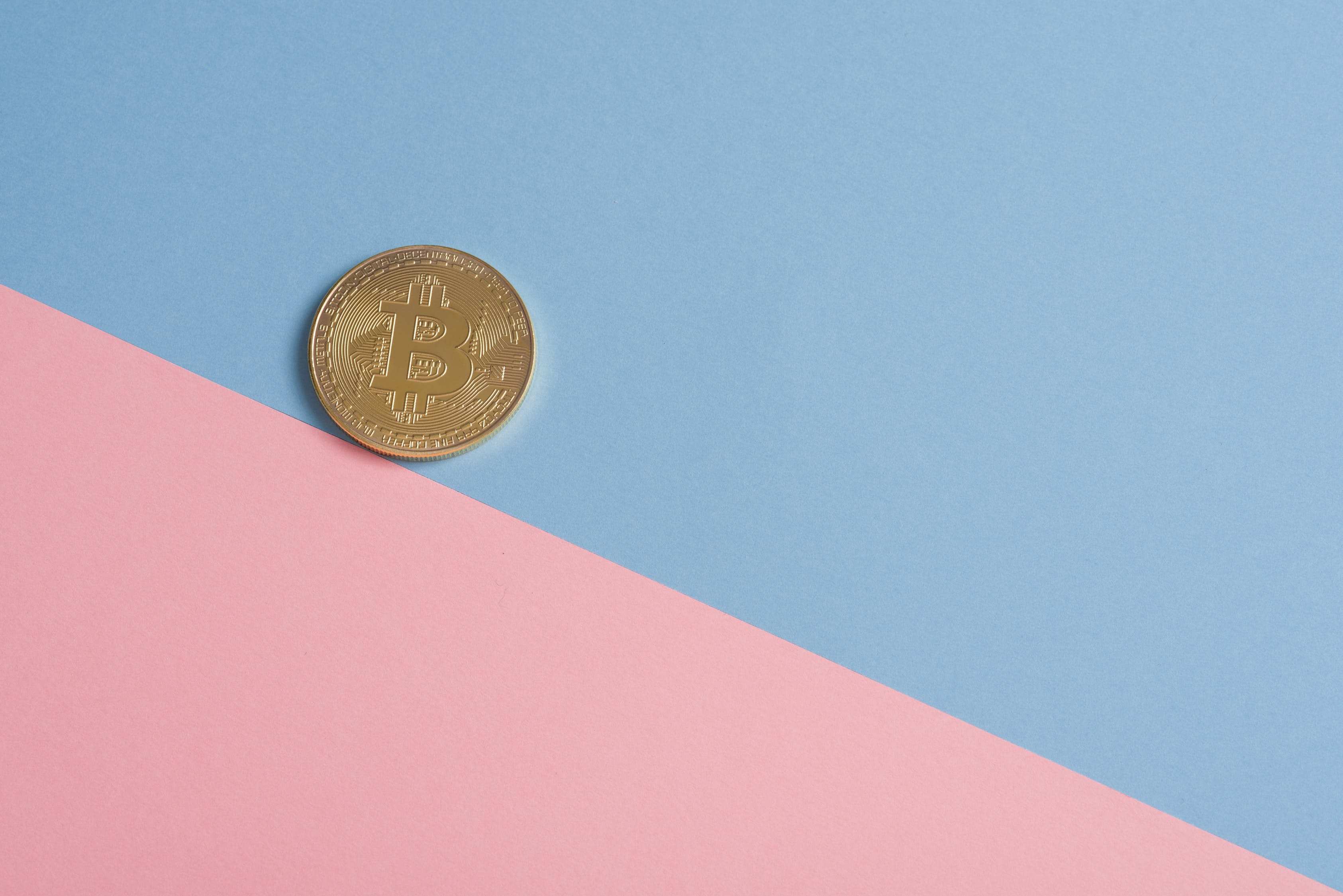 Remittances are a double-edged sword that can lock low-income countries in a trap of low growth and high emigration. Could cryptocurrencies allow for remittances to more effectively create economic opportunities?

FuManchu was starting to feel delirious. For the last week or so, the three-masted Qing Dynasty junk that Manchu had been aboard was all but dead in the water.

The thick cotton sails of the junk now slumped over, reminded Manchu of his current state of mind and just how increasingly dire his circumstances were becoming by the day.

The fifteen-year-old Manchu had heard that there was gold on the western coast of the United States and since he had had no luck at the Imperial Exams — the only way to become an official and get rich through corruption in the 18th century Qing Dynasty — he had no choice other than to hustle as many taels of silver as he could muster to pay for the voyage eastwards to the western coast of the (at the time) youthful United States.

The voyage was not for the faint of heart. Battling scurvy, rickets and a voyage that could take as long as six months (assuming the ship made it to its destination), 18th century merchants, hucksters and every manner of Chinese in between looked eastwards (westwards?) to forge a better life in the fledgling United States, crossing vast expanses of open ocean in the process.

These days, the journey for migrants, whether they are escaping economic, social or political conditions from the countries of their origin may be just as harrowing.

Whether that sojourn requires a perilous trek across miles of a scorching desert or a one-way ticket on board an inflatable raft over the Mediterranean Sea — migration is on the rise.

But what is often forgotten about migration is its byproduct for the world economy — surging remittances.

More Than Just a Postcard

Whilst migrants may arrive on foreign soil under vastly different circumstances, their affinity for those who are left behind remains consistent — as is the desire to provide for those who may be languishing back home.

So it’s no wonder then that sometime this year, remittance inflows to emerging markets will overtake foreign direct investment as the largest source of foreign financing.

Homeward remittances by overseas workers in emerging markets are already worth three times the amount of official development aid.

Remittances are the human face of global capital flows — overseas workers sent some US$689 billion home in 2018 alone, compared to just US$100 billion over two decades ago.

Part of the reason for the substantial increase is due to diminished economic prospects in some emerging markets, political instability, conflict, as well as increased access to travel opportunities through the proliferation of budget airlines.

Unlike Fu Manchu’s perilous voyage to the western coast of the United States, these days, many overseas workers travel on a host of budget airlines that ply emerging market regions.

Among the top exporter of overseas workers are India, China, Mexico, and the Philippines, with remittances to the Philippines constituting as much as 10% of that country’s GDP.

Money sent home from overseas workers has often done far more for an emerging market’s development than would ever have been possible through the efforts of local and national governments alone.

Because overseas workers in emerging markets tend to come from mostly rural areas, much of the money that is sent home is directed towards rural areas, improving the well-being of millions of people around the world by reducing poverty, improving access to education and increasing domestic consumption.

Remittances also help to increase access to housing and healthcare in recipient countries, which help to improve the strength of the overall economy as well.

Unlike foreign direct investment (FDI), remittance flows are a component of the current account. Inflows, therefore, provide an important offset to any trade deficit and wider external vulnerabilities — which emerging markets are particularly susceptible to.

And unlike FDI, which can be fickle and used as a political tool, the strong ties that overseas workers have with their families back home ensures that these remittances are a stable source of income for emerging markets.

The overall value of these remittances helps in improving the sovereign ratings and lower borrowing costs for governments and companies in these emerging markets.

But remittances alone are no panacea.

And because much of the remittances are tied up funding consumption back home in emerging markets, these economies are not given the opportunity or the incentive to grow their own domestic capabilities.

Financial support from abroad can provide a disincentive to implement necessary economic reforms and lead to a cycle of dependency.

Remittances can also weaken competitiveness through the maintenance of higher domestic prices and exchange rate appreciation (when the overseas dollars or euros are used to purchase local currencies for domestic consumption), which distorts the genuine value of the domestic currency.

Then there are the costs associated with remittances, which generally average around 7% but can soar as high as 14% for some of the poorest countries.

The United Nations’ 2030 sustainable development goals aim to cut the cost of remittances to 3%, but given that a handful of companies control the global remittance market, such a goal, while laudable, will be hard to implement in practice.

While increased competition would help, new technologies, in particular, cryptocurrencies have already proved capable of leading the way.

Because the bulk of remittances are largely diverted away towards consumption, what little that is left is generally insufficient to invest in a local business or to generate interest in a bank account — the vast majority of people who rely on remittances in emerging economies are unbanked.

But cryptocurrencies can provide one possible solution.

Observing the success of M-Pesa in Africa, as well as Coins.ph in the Philippines, even relatively low-tech devices have the potential to become tools for economic freedom and development.

M-Pesa, for instance, does not rely on smartphones but works on the back of Vodafone’s telecommunications infrastructure in Africa to allow micropayments using the existing mobile network, acting essentially like a branchless bank.

Coins.ph on the other hand uses Bitcoin as an intermediary to reduce the cost of remitting money home to the Philippines from abroad by momentarily swapping dollars for Bitcoin and then to pesos and provides a quasi bank account to the legions of unbanked Filipinos living in rural areas.

Unlike developed financial markets which require minimum trade sizes, cryptocurrencies afford an entire segment of the population that have hitherto had limited access to investment opportunities, the chance to make micro-investments.

Whether through a capital markets product represented in microformat on the blockchain, or through a representative so-called security token, a whole new realm of opportunities could be opened up to emerging markets and their people.

But cryptocurrencies also come with their own set of issues when serving as a more frictionless means for the remittance of value from abroad.

For starters, thanks to the pseudonymous nature of cryptocurrencies and the difficulty with which such transfers can be tracked, precious tax revenues from local spending may be lost if cryptocurrencies take on the primary means of value transfer domestically.

Then there’s also the issue of capital flows.

Because cryptocurrencies are fluid, the value can more easily cross borders, meaning that it’s also easy for citizens to store their wealth offshore, depriving their home country of much-needed taxes for spending on public goods such as infrastructure, education, and healthcare.

Against this backdrop, while cryptocurrencies have the potential to revolutionize remittances, governments also need to play a part as well to ensure that as many of the benefits of digital assets are harnessed while limiting the downside.

To that end, the Philippine government has traced tentative steps to encourage fintech innovation, while keeping a watchful eye on money laundering and capital flows. China has taken on a far more centralized approach, hastening the arrival of its own central bank-issued cryptocurrency that would allow it to track (and by extension restrict) capital flows.

For now, at least, it’s still too early to tell which regulatory direction will yield the most positive benefits for citizens. China has demonstrated that it has been able to effectively censor the internet while still leveraging it as a tool for economic growth and innovation, whether it can do the same for cryptocurrencies remains to be seen.