Robotic Soldiers are Not Just a Sci-Fi Concept Anymore

Robotic Soldiers are Not Just a Sci-Fi Concept Anymore 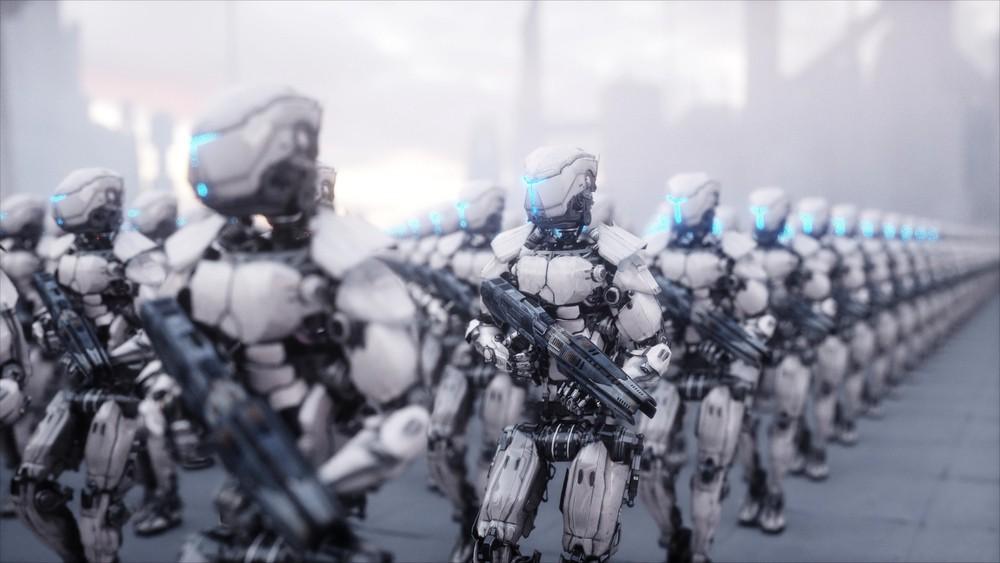 Robotic soldiers can soon become a reality and assist human soldiers in war operations and even help provide medical assistance to injured soldiers.

Many movies have already showcased a future where robots will replace human soldiers and fight wars. This could soon turn out to be a reality. Robot soldiers can change the way wars are fought, and they are already being employed by technologically advanced nations, albeit on a small scale. However, their adoption will only increase with advancements in technologies like artificial intelligence and computer vision, the two major technologies used in a robotic soldier. Here’s how robotic soldiers will be deployed and used on battlefields.

The biggest advantage of using robots in the military is that they can reduce human casualties caused by wars or conflicts. More than 2400 U.S military personnel have lost their lives in Afghanistan since 2001. Robotic soldiers can help lives by replacing human soldiers altogether in the distant future. These robots will be armed with every advanced technology imaginable. Technologies like artificial intelligence, computer vision, and IoT sensors are going to be at the forefront of robotic soldiers. Here’s a look at how robotic soldiers will employ different technologies.

Computer vision technology can be leveraged for reconnaissance purposes. Computer vision technology can aid robots to identify and distinguish objects, obstacles, and even enemy soldiers. This will ensure that the robots can work accurately and efficiently with little to no shortcomings. The robots can detect enemy troop movements or obstacles such as mines placed in the combat field. Early detection can help gain an advantage in critical situations. However, computer vision technology is limited in itself as it needs human control for action. For example, a human is required to monitor the command screen and they might miss some vital information. This is where technology like artificial intelligence can prove highly beneficial when used in conjunction with computer vision.

Earlier, you needed a platoon of soldiers to win a war, but now you’ll need just a programmer. Robotic soldiers embedded with advanced artificial intelligence technology will be able to accomplish tasks autonomously. They will even carry out tasks impossible for human soldiers to accomplish. The robots will be able to identify and locate targets with the help of computer vision. With advanced AI algorithms, robots can eliminate enemies with pinpoint precision. AI-enabled robotic soldiers can even be programmed to defuse bombs or carry out other operations involving warfare using artificial intelligence algorithms. The robots can even be used to provide medical assistance to injured soldiers which might prove critical in certain situations. Artificial intelligence will, thus, be the driving force behind robotic soldiers and will significantly change the warfare landscape.

The future of warfare is technology, and robotics are going to play a huge role in it. The US military is expected to have more robot soldiers on the battlefield than human soldiers by 2025. Military organizations and governments all over the world have realized the potential role of robotic soldiers in national defense. "The soldier would gradually turn into an operator and be removed from the battlefield.” quoted Lieutenant-General Andrey Grigoriev, head of the Advanced Research Foundation (ARF) for Russia.