The Dawn of Virtual Reality for Training

The Dawn of Virtual Reality for Training 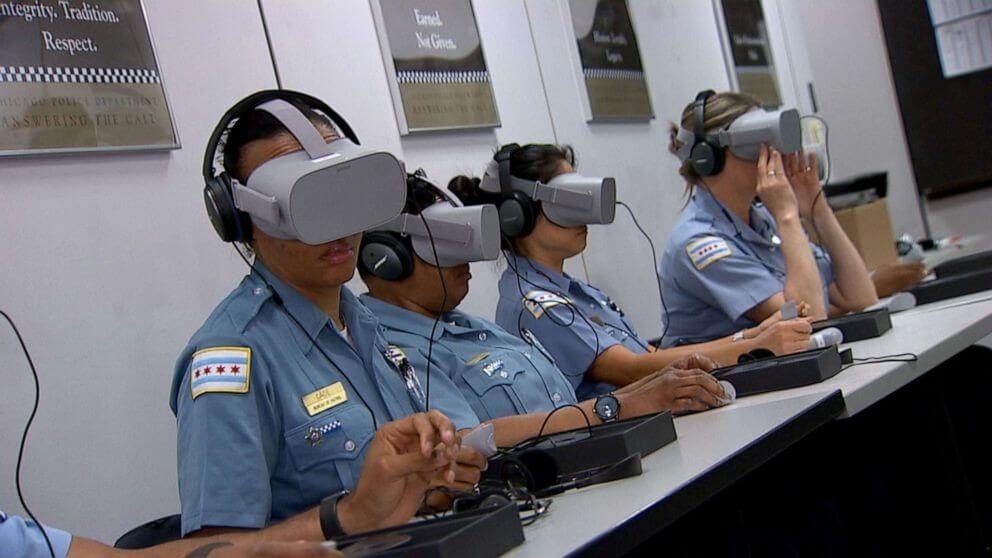 We’re living in the Age of Machines and Technology, but it’s not turning out the way that the movies of the 80s and 90s might have imagined.

Instead of being taken over by Terminators, we’re using technologies like AI and VR/AR to aid our daily life through ways we couldn’t have imagined (even for science fiction).

Virtual and augmented reality has given us a way to experience situations and scenarios without having to be physically present. This has opened up a wealth of opportunities for training and education that applies to a variety of different industries, including healthcare and aeronautics.

Almost every industry alive can apply virtual and augmented reality to create specific training scenarios; in this sense, you can picture the X-Men stepping through for a training program – or Neo in the Matrix waking up saying, “I know Kung-Fu.”

Virtual Reality – accessible with VR hardware like the Oculus Quest and software specifically made for the training at hand – has the potential to impact so many industries to make training easier than it’s ever been and to bring training to companies all over the world.

Here’s more about why an increasing number of businesses are choosing to incorporate VR into their training programs – and why even more companies and industries should seriously consider it.

Why Use Virtual Reality? 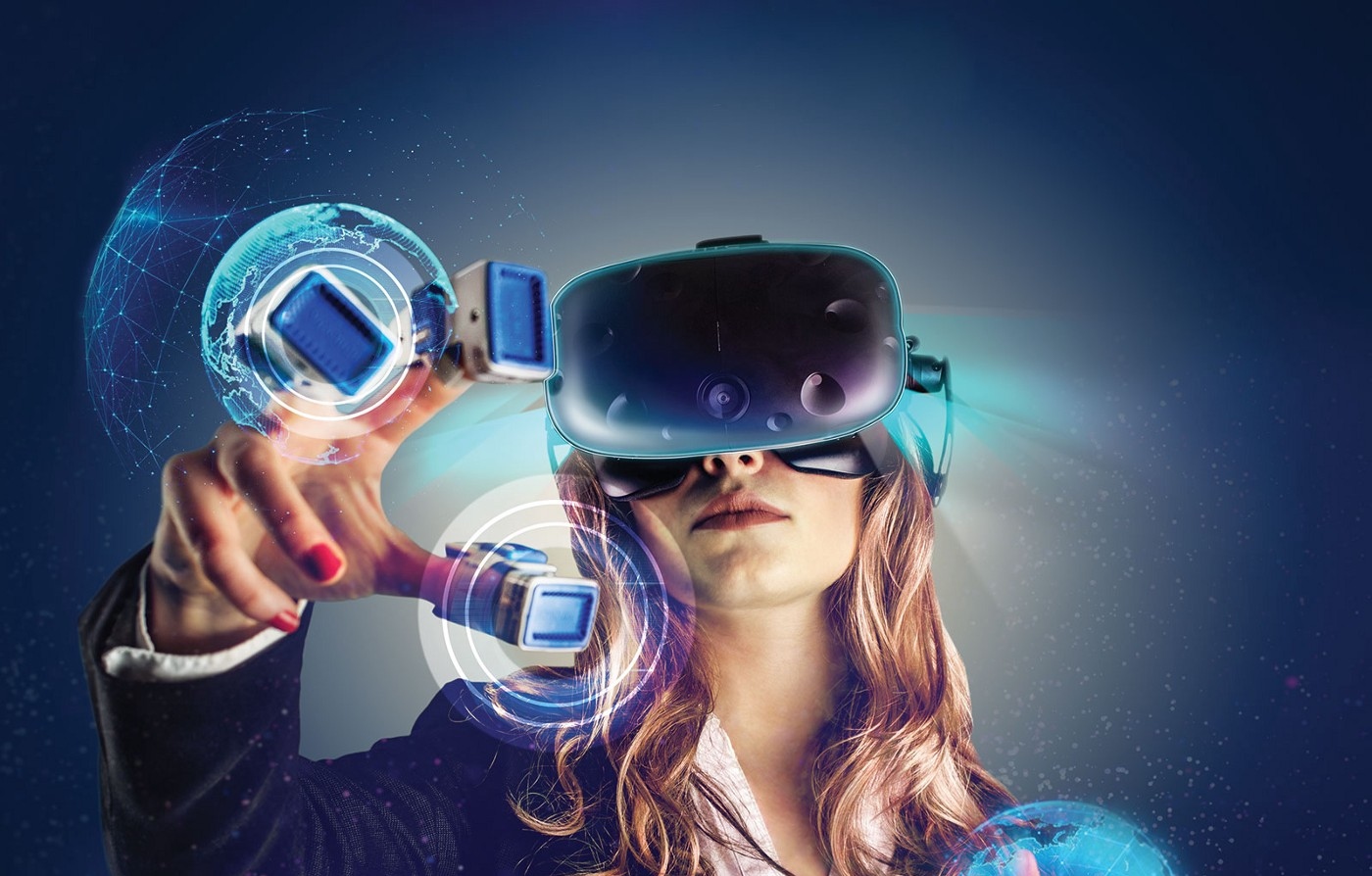 It’s cool! That’s one of the first reasons why people look into it in the first place. But that’s not the only reason to use it.

> Easier for students and instructors

Virtual reality allows for a lot of situations that could have been dangerous, impractical or just costly to pull off as a real-life exercise. The same things can be taught or instructed in with the help of VR – minus all of the drawbacks that would have come with doing these training exercises in real life.

To illustrate this in practice, Flight Simulators may have been one of the earliest examples of virtual reality that can be useful for something in practice. With the right equipment, the practical ins-and-outs of taking off, flying and landing can be taught with similar software.

What other industries can you, the reader, think of that this can be useful for?

Most people would get the answer right: The answer is for all of them.

The Potential Uses of Virtual Reality for Training 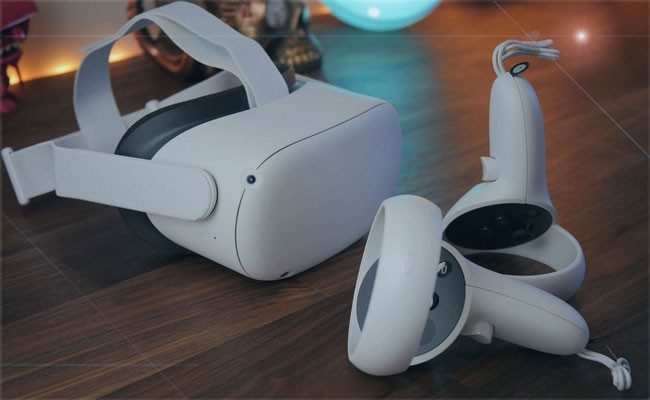 The potential uses for virtual and augmented reality in the workspace means that no worker has to ever be placed in immediate danger – or even in controlled physical danger – for a training exercise.

It also means that nobody ever has to sit through a tedious lesson or class for training other skills. Why bother with reading through lessons when you can place the student right in the middle of a customized immersive training exercise?

It’s certainly curious and curiouser, to quote Alice. Next, let’s see where the rabbit hole goes and which industries VR is already making a difference in.

You can take a look at some of our current case studies here.

Here’s some of what VR can do:

One of the first practical, useful uses for virtual reality in the career and training space is through the treatment of post-traumatic stress disorder (PTSD), combat fatigue, phobias and any other condition which requires or benefits from immersible situations to treat.

Patients can “relive” situations without danger and usually with a different, controlled outcome to deal with their trauma better through the aid of VR.

Many careers require practical, hands-on training that can be dangerous. Firefighters describe just one career that requires such training – and which can benefit from doing the same training through VR methods to practice the same skills in a simulated environment before being made to head out and work on these skills in real life.

Armed forces of the world describe much of the same situation where VR-aided “danger training” is useful.

Situational training can describe anything that doesn’t carry the same danger level as the examples given above (e.g. firefighters rushing into a burning building for training for the field).

Most careers – at least in some or other form – do. Whether your part of an ambulance team or training to skydive, doing it in Virtual Reality first can equip you with skills that prepare you better for “the real thing” when you get to it.

Medical doctors can even walk their way through the human body with the help of VR: This makes proper training of expert surgeons easier no matter where in the world the uplink is made from.

Any career that requires interaction between people can benefit from practicing this in virtual reality to see how situations pan out in theory before they are tested out on real customers or clients.

Some VR programs illustrate this by placing trainees in the middle of a sales transaction – often with a difficult customer – and give them several ways to get from A to B with several different outcomes.

Interactive trials like this can be practically applied to any careers where business-to-customer interaction is necessary.

Nervous speechmaker? Do it in virtual reality first. VR interaction in this way gives you all of the crowd – and none of the potential that you might mess it up when the audience is made up out of NPCs the same way they would be in a video game.

If the whole thing feels high-tech or futuristic, it’s time to catch up: We’re living in the age where virtual reality is easier and cheaper to access than it’s ever been – and if your company isn’t using it for practical training purposes, you’re almost certainly missing out.

View all
How To Get More Work Coming Your Way As A Property Manager?
11 Reasons Why Annual Reports Are Important
Top Reasons English Is a Global Language, and You Should Learn It in 2022
Why Workplace Injuries Can Happen Even in Offices and How to Reduce the Risks
Roof Maintenance Tips for Businesses: How to Keep Company's Premises Safe
How Working With A Marketing Company Can Improve Your Business
Green Blockchain Plays a Major Part in Fending Off Climate Change
8 Great Ways to Help You Save Energy
How Blockchain Technology is Reinventing The Power Grid
How Blockchain and IoT Collectively Reshape Food Production
4 Ways To Make Sustainability A Part Of Your Everyday Life
Are Mushrooms the Future of Fashion?
Markets Crash as Monetary Laughing Gas Fades
More Than 30% of British Adults Are Involved in Entrepreneurship
How To Cancel Timeshare Legally Without Being Scammed
Understanding Personal Financial Management: What You Need To Know
Venture Capital: Size and Focus
How To Build a Recession Proof Business
Some Economics of Tobacco Regulation
Some Human Capital Controversies and Meditations
US Unions and Alternative Voices for Labor
Core Inflation Soars, Retail Sales Weaken
Labor Economics: Quiet Quitting, Firing, Mental Health and Productivity
The Slowdown of U.S. Productivity Sector
76 Theses on American Patriotism
Why Are More People Becoming Right Wing?
A New Law That May Impact Prince Andrew, Princess Beatrice and Prince Harry
King Charles Meets Northern Ireland's Political Leaders During Historic Visit
The Role Machine Learning in Tracing Historical Events
King Charles III Addressed the Nation for First Time
The Rise of Telemedicine
You Want Straight Teeth, But Don't Like The Looks Of Braces? Here's The Solution
What Should Hospitals Add To Ensure Maximum Patient Comfort
Learn How To Look Healthy And Fresh No Matter Where You Are
How To Obtain Safe & Secure Equipment For Your Lab
What is the Difference Between Baidu and Tencent in Terms of AI Technology?
How To Know If You're Ready For The Next Step In Your Relationship
Toward a More Spiritual You
6 Amazing Places You Must Check Out In Turkey
Who Do You Call, And In What Order, After You've Been Injured
Taking a Break: Ways to Relax During Your Business Travels
The Best Careers to Seek as a Music-Lover
AR and IoT Applications for Industrial Verticals
Resolve the Data Discrepancy Conundrum in Your Supply Chain Cycles with Blockchain
How to Write Website Content that Drives Traffic
6 Things You Should Know About How Search Engines Function
Changing Tides at NAMIC
The Future of UX Design: Four Cutting-Edge Technologies That Enhance User Experience