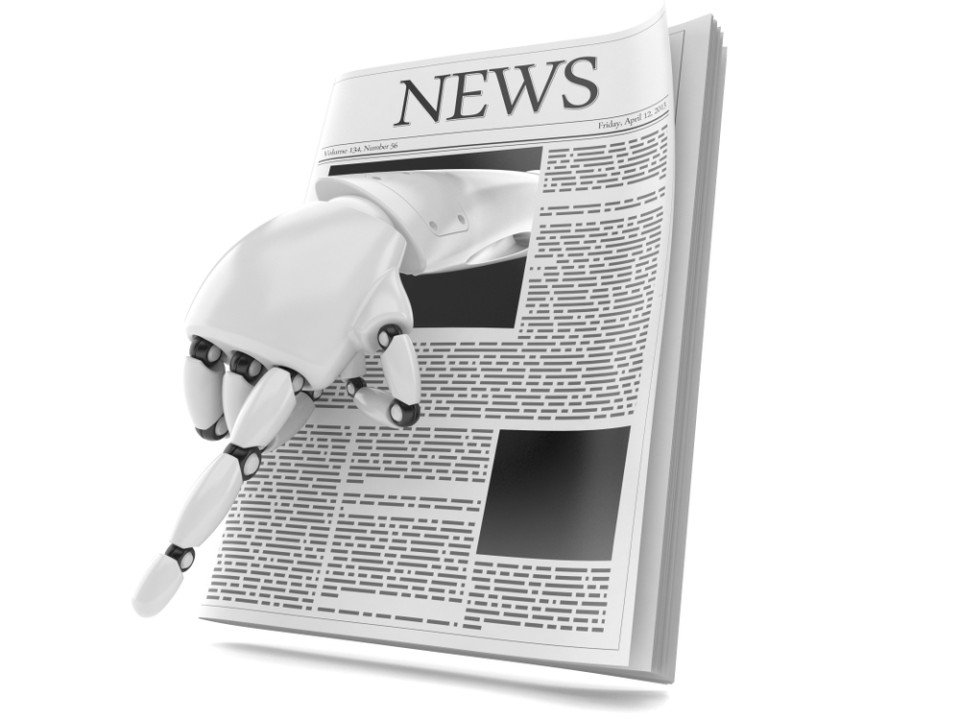 The use of robots in journalism has the potential to transform the sector by decreasing the time and cost involved in reporting events and producing news articles.

The implementation of robots in journalism involves the use of AI and computer programs to report events and generate news articles based on them. Robots can be used in nearly every aspect of journalism. Firstly, robots in the form of unmanned aerial vehicles with cameras can be used to record and gather data from inaccessible areas or from highly volatile regions such as a war zone. Then, robots employed at the offices can then reproduce the news in a written format by analyzing the footage and other data collected by the drones. Further, the news article can be customized and spoken to an individual thanks to natural language understanding and natural language generation. Thus, robots prove beneficial in every aspect associated with journalism. It comes as no surprise, then, that several news publication houses have already implemented robots in their workspace.

Bloomberg, for example, has implemented its Cyborg program that produced thousands of financial news reports. Similarly, Forbes has an AI named Bertie that assists reporters with templates for news stories. These robots have thus provided significant benefits to these companies. Other news agencies, too, can leverage robots in their workspace and reap their benefits.

Benefits of Robots in Journalism

The use of robots not only can help save time, money, and human resources but also help save potential human lives. The benefits of using robots in journalism include:

Robots can be deployed to cover catastrophic events such as natural calamities or a terrorist attack where the life of a journalist may be in danger. The robots can even reach areas where it could be impossible for humans to reach. For example, aerial robots can be used to assess the damage caused by floods, wildfires, or earthquakes. Robots can even be deployed at crime scenes to give police personnel an idea of the situation at hand. Robots are compact and can be controlled remotely and thus help save human lives.

Robots can produce large quantities of news articles at quicker speeds. Thus, news agencies can publish a large number of articles in a short period of time. A robot can produce short articles in the same time it takes journalists to gather information. Thus, robots can help save time, resources, and finance for news agencies and ultimately result in increased revenues.

Robots learn from their mistakes, thanks to AI. Their errors get reduced over time as the robot publishes more articles. Thus, over a period of time, robots can publish accurate articles. The area where robots can be used to create error-free reports are events involving statistics such as sporting events and weather forecasts. The Norwegian News Agency has automated the process of football coverage by employing a robot to generate match reports. The robot takes only five to ten seconds to write the report and is so trustworthy that it doesn’t need to be checked by humans.

There are a variety of concerns regarding the use of robots in journalism. The primary concern is their impact on jobs. Robots can even give rise to fake news as auto-publishing robots usually scour through already available news articles without verifying the authenticity of the articles. However, as AI technology advances, robots will be able to identify fact from fiction, and the fake news problem will subside. As for the impact on jobs, robots can be employed as cobots, working together with humans to improve the standard of journalism collaboratively.