The Real-World AI: Why We Need It Now More Than Before

The Real-World AI: Why We Need It Now More Than Before 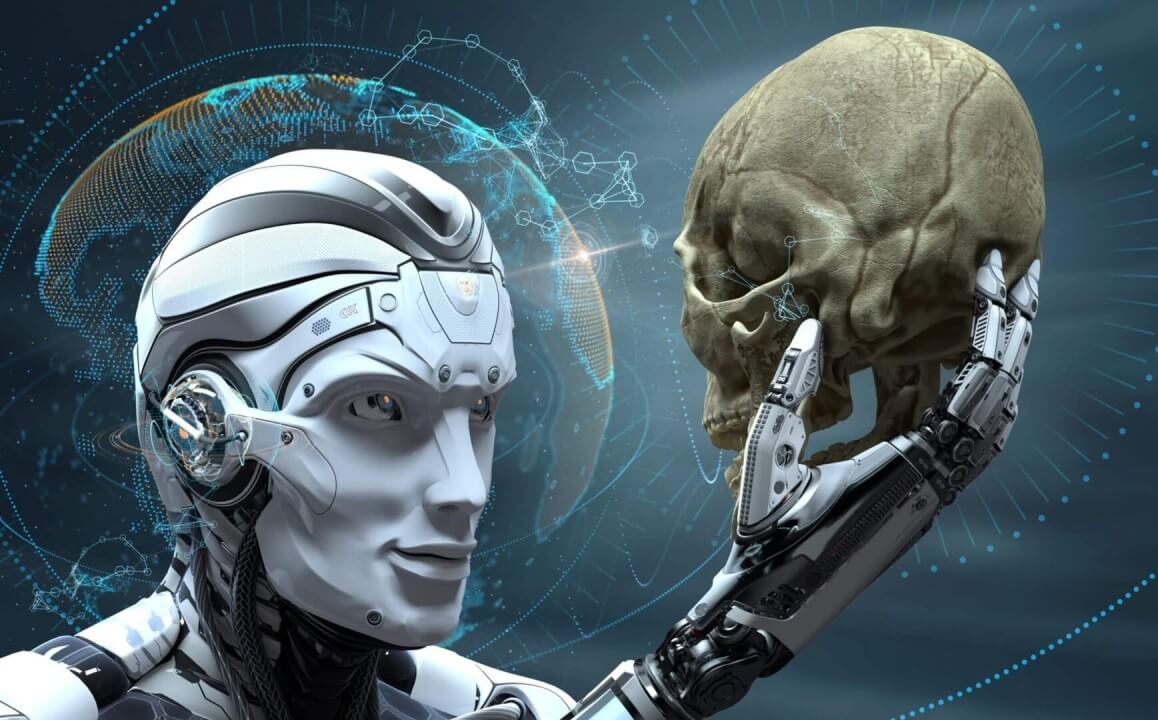 What is Wrong with Artificial Intelligence?

According to Bernard Marr, since artificial intelligence algorithms are built by humans, they can have built-in bias by those who either intentionally or inadvertently introduce them into the algorithm.

The stimulation of human intellect in digital computers and controlled robotic machines that learn from big data (experiences) and are encoded to think like humans to solve human problems in a range of different frameworks and environments is a significant threat to humankind.

Such a human-like AI is fast emerging as narrow-minded automated “superintelligences” outperforming humans in any narrow cognitive tasks.

Never Has Human Life Been So Senseless, “Hopeless, Desperate and Insignificant”

Learned helplessness is a socially massive phenomenon today, as "real or perceived absence of control over the outcome of a situation".

Machines as computers and computerized equipment, like robots, programmed to learn, like humans, come with better, more efficient, cost-effective solutions.

Factory floors deploy robots that are increasingly driven by machine learning algorithms such that they can replace costly human labor, making it easier, faster, and less expensive to create, deliver, and capture value for the companies that employ the machines.

Humans, in Amazon’s trade mega-factory, having more than 480,000,000 items on its “shelves”, do the picking and packing of goods while 100,000 robots move orders around the giant warehouses.

AI, robots will replace humans for most jobs, just as innovative farming equipment replaced humans and horses during the industrial revolution.

The only hope is that an increase in overall productivity might create more consumer demand, which has created more jobs.

Still, AI and robotics and automation are also finding that the best, most efficient, cost-effective solutions include humans and machines working together, but as a GLOBAL HUMAN AI PLATFORM: A Digital SuperMind of Human Minds and Machine Intelligence

The Real-World AI vs. Anthropomorphic and Anthropocentric AI (AAAI)

The whole idea of Anthropomorphic and Anthropocentric AI (AAAI) as the narrow or general ones, aimed at simulating human intelligence, cognitive skills, capacities, capabilities and functions, as well as intelligent behavior and actions in computing machines is raising a number of undecidable social, moral, ethical and legal dilemmas.

It consequences could be much worse than human cloning, which is prohibited in most countries, and massive technological unemployment without any compensation effects is just the beginning of the end.

This is what good minds forewarned humanity about the the possibilities and possible perils of AAAI, mimicking human learning and reasoning by machines and humanoid robots:

The development of full artificial intelligence could spell the end of the human race… It would take off on its own, and re-design itself at an ever increasing rate. Humans, who are limited by slow biological evolution, couldn’t compete, and would be superseded. - Stephen Hawking told the BBC

“I visualise a time when we will be to robots what dogs are to humans, and I’m rooting for the machines.” - Claude Shannon

I’m increasingly inclined to think that there should be some regulatory oversight, maybe at the national and international level, just to make sure that we don’t do something very foolish. I mean with artificial intelligence we’re summoning the demon. —Elon Musk warned at MIT’s AeroAstro Centennial Symposium

All what we need, it is a radically new kind of AI, Real and True MI, or Real World AI, which is to simulate and understand or compute reality, causality and mentality in digital reality machines.,

This is becoming clear for some smart industrialists, such as E. Musk, who understands that without the Real World AI no really intelligent machine is possible.

“Self-driving requires solving a major part of real-world AI, so it’s an insanely hard problem, but Tesla is getting it done. AI Day will be great”. “Nothing has more degrees of freedom than reality.”

All what we need, its is a radically new kind of AI, Real and True MI, or Real World AI, which is to simulate and understand or compute reality, causality and mentality in digital reality machines.,

This is becoming clear for some smart industrialists, as E. Musk, who understands that without the Real World AI no really intelligent machine is possible.

“Self-driving requires solving a major part of real-world AI, so it’s an insanely hard problem, but Tesla is getting it done. AI Day will be great”. “Nothing has more degrees of freedom than reality.”