Who Will Be The Dominant Leader in AI in 10 Years?

Who Will Be The Dominant Leader in AI in 10 Years? 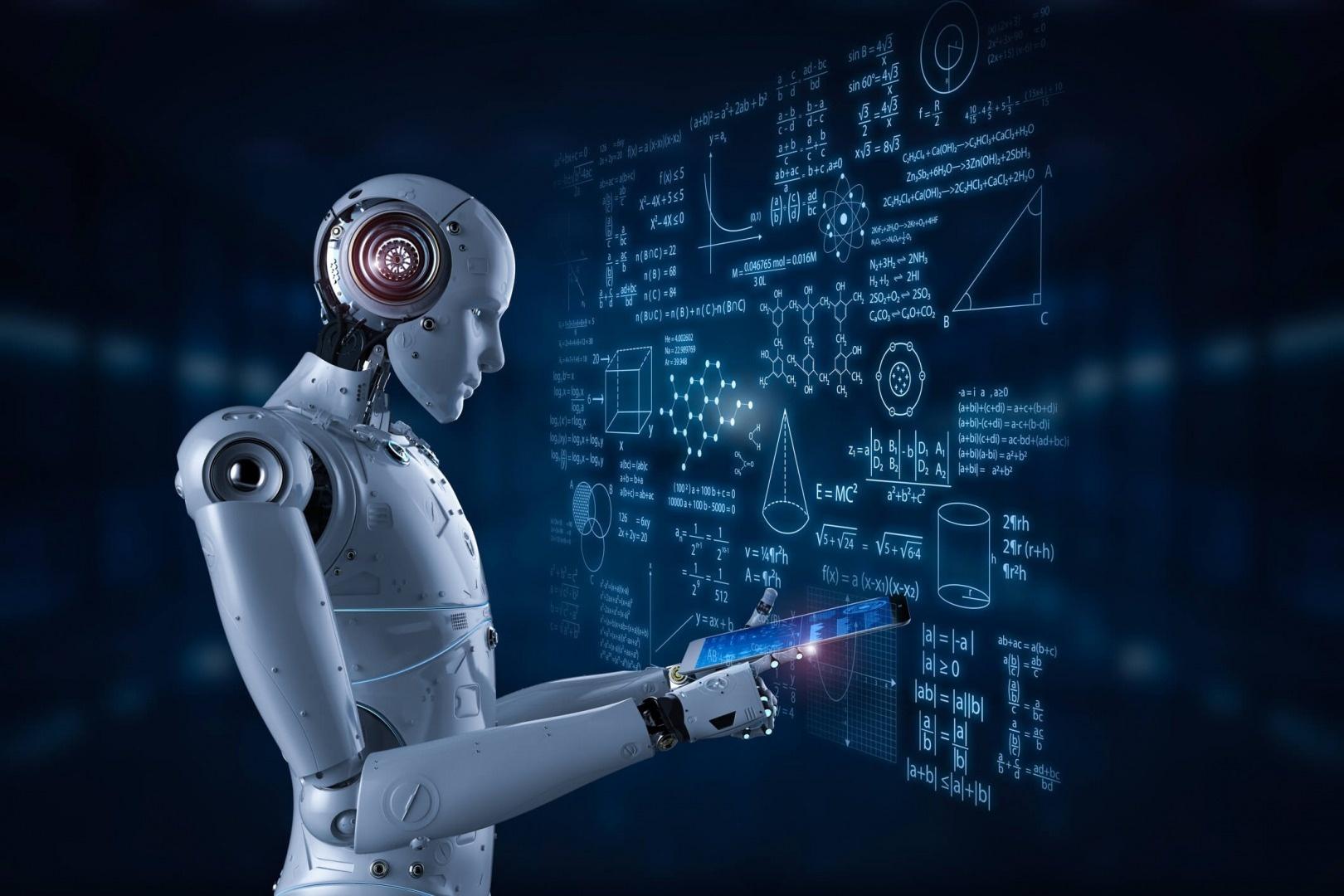 Artificial intelligence (AI) is set to change the world more than anything in the history of mankind.

New trends in artificial intelligence (AI) point to significant geopolitical disruptions in the coming years ahead.

The A-list looks as in:

AI dominance can take on 3 forms, as to WEF.

"First, programmed AI that humans design in detail with a particular function in mind, like (most) manufacturing robots, virtual travel agents and Excel sheet functions. Second, statistical AI that learns to design itself given a particular predefined function or goal. Like humans, these systems are not designed in detail and also like humans, they can make decisions but they do not necessarily have the capability to explain why they made those decisions.

The third manifestation is AI-for-itself: a system that can act autonomously, responsibly, in a trustworthy style, and may very well be conscious, or not. We don’t know, because such a system does not yet exist".

In the case of AI itself, it is a real and true AI, designed, developed, deployed and distributed as a global AI Platform.

As to the possible corporate leadership, it is a small chance that any of today's top AI companies could be a leader due to the limiting business strategy of Narrow and Weak AI/ML/DL, Top Performing Artificial Intelligence Companies of 2021.

Now, many countries have been developing their national Narrow AI strategies, including China, the US, the EU, and Russia.

Some big powers, such as the US, China or Russia, trick themselves to believe in reaching leadership in the global narrow AI arms race. This was largely provoked by Russian President ignorantly claiming, "whoever becomes the leader in this sphere will become the ruler of the world."

Beside the AI arms race, some general trends in the domain of Narrow AI/ML/DL are highlighted in the AI Index Report 2021.

[Real] AI is going to change the world from bottom to top more than anything else in the history of mankind. More than any general purpose technologies, from language and writing, steam power, electricity, nuclear power, IT and computing.

It is impacting the future of virtually every part of human life, government, education, work, industry and every human being. Real AI is to act as the main driver of emerging technologies like big data, robotics and IoT, nano-, bio-, neuro-, or cognitive technologies, and it will continue to act as the integrating GPT for the foreseeable future.

There is a bad misunderstanding about AI, about its real nature and true definition, much promoted by the mass media and popular culture, as strong or general, autonomous and conscious human-like AI (HAI) opposed to humans.

Following two periods of development (1940 and 1960, 1980 and 1990) interspersed with several cold “winters”, HAI received a new bloom in 2010 thanks to statistical learning algorithms, massive volumes of data and the discovery of the very high efficiency of GPUs to accelerate the calculation of learning algorithms.

Converging sciences, methods, theories and techniques (including philosophy, semantics, natural language, science, mathematics, logic, statistics, probabilities, computational neurobiology, computer science and information engineering), a real and true AI is downgraded to the HAI status, aiming ‘to achieve the imitation by a machine of the cognitive abilities of a human being”.

Or, HAI leverages computers and machines to mimic the problem-solving and decision-making capabilities of the human mind (IBM).

AI makes it possible for machines to learn from experience, adjust to new inputs and perform human-like tasks (SAS).

The term AI is frequently applied to the project of developing systems endowed with the intellectual processes characteristic of humans, such as the ability to reason, discover meaning, generalize, or learn from past experience (Britannica).

AI refers to the simulation of human intelligence in machines that are programmed to think like humans and mimic their actions (Investopedia).

John McCarthy offered the most open definition in the 2004 paper, WHAT IS ARTIFICIAL INTELLIGENCE?

" It is the science and engineering of making intelligent machines, especially intelligent computer programs. It is related to the similar task of using computers to understand human intelligence, but AI does not have to confine itself to methods that are biologically observable."

"While biological intelligent systems (including humans) have developed sophisticated abilities through interaction, evolution and learning in order to act successfully in our world, our understanding of these phenomena is still limited. The synthesis of intelligent, autonomous, learning systems remains a major scientific challenge".

“The most work in AI involves studying the problems the world presents to intelligence rather than studying people or animals”. The aim is to create powerful intelligent systems operating autonomously in, and adapt to, any complex, changing environments, physical or digital or virtual.

So, classifying AI as narrow, general or superhuman, with sentience and consciousness, comes from its fuzzy, confusing and misleading definition.

Today's AI is too BRAIN-minded, anthropomorphic, futile and dangerous construct, in any its forms, sorts and varieties:

They all are somehow mindlessly engaged in copycatting some parts of human intelligence, cognition or behavior, showing zero mind, intellect or understanding.

A true goal of Machine Intelligence and Learning is not to equal or exceed human intelligence, but to become the last and the best of “general purpose technologies” (GPTs).

GPTs are technologies that can affect an entire economy at a global level, revolutionizing societies through their impact on pre-existing economic and social structures.

The four most important GPTs of the last two centuries were the steam engine, electric power, information technology (IT), and general artificial intelligence (gAI).

Now the implementation lag for the MIL-GPT technologies will be about 5 years.

“My assessment about why A.I. is overlooked by very smart people is that very smart people do not think a computer can ever be as smart as they are. And this is hubris and obviously false. Working with A.I. at Tesla lets me say with confidence “that we’re headed toward a situation where A.I. is vastly smarter than humans and I think that time frame is less than five years from now. But that doesn’t mean that everything goes to hell in five years. It just means that things get unstable or weird.” Elon Musk

It is all fast emerging as a real and true or general AI, globally intelligent systems integrating all sorts of automated ML/DL/ANN models, algorithms, techniques and cloud platforms. 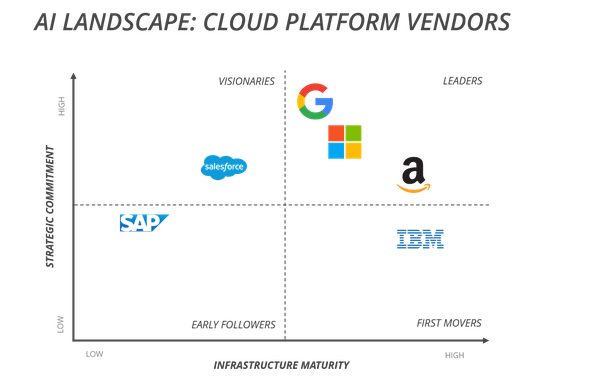 General AI with Automation and Robotics emerges as the genuine General Purpose Technology for all the previous ones: the power engine, railroad, interchangeable parts, electricity, electronics, mechanization, control theory (automation), the automobile, the computer, the Internet, nanotechnology, biotechnology, and machine learning.

Real AI Technology has all the power to transform the world and upend all human institutions. Its socio-political and economic impact could be more than the first nuclear bomb, the Sputnik 1957, and the first man in space 1961.

The truth is that a few of us use “AI” in the right context. Confusing, misusing and misunderstanding the Real AI vs. Non-Real AI can cause us to create false expectations and predictions, with fallacious statements and assumptions about what the future holds. Due to the global current emergency, the world has to change radically, so thinking critically about the current state of AI technology is crucial if we want to thrive in the future.

To adapt and thrive in a world driven by accelerated change, understand the implications of AI on human society, and know where we stand today, we need to first distinguish between two polar types of AI: Real/True/Global AI vs. Non-Real/False/Narrow/Weak/Human-like/Superhuman AI .