Are Robots Better at Protecting the Environment?

Are Robots Better at Protecting the Environment? 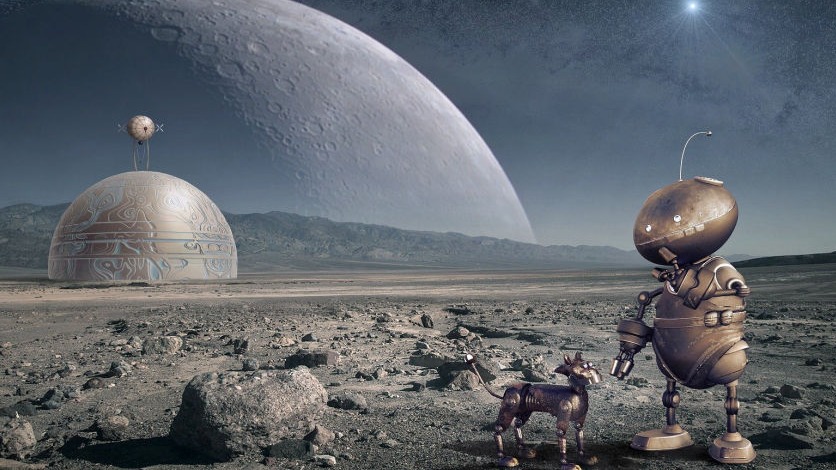 There’s a battle of interests brewing inside the climate debate.

Not between skeptics and believers. Nor between the guilty emitters and the innocent non-emitters. No, this debate is a matter of philosophy, a contest for the future of humanity.

It goes like this: is technology the cause of climate change or its solution?

On the one side, a rabble of deep green activists, primitivist philosophers, and any who are sick of the bleeps and tweets contend that using technology against climate change is like sending a mosquito to fight malaria. To fight climate change, we must accept a simpler, less technological, less energy-intensive lifestyle.

On the other, free-marketers, futurists, and eccentric South African tech entrepreneurs argue that though technology may have gotten us into this mess, it remains the only way out. Unless billions of deaths sound palatable.

Who’s right? Are robots better at protecting the environment?

Elon Musk. Stephen Hawking. James Cameron. What do they have in common? They all warned about the dangers of AI innovation. Strange then that in a 2018 report from Intel, 74% of professionals saw AI as a tool for solving long-standing environmental challenges.

Meanwhile, swarms of drones and land bots are planting trees at around ten times the rate of humans – augmenting their cooling, carbon-negative effect.

Elsewhere, WildTrack – a computer vision program using Footprint Identification Technology – is salvaging the remains of endangered species. Cheetahs, rhinos, and other endangered beast’s tracks are identified, tracked, and monitored in a desperate attempt to reinvigorate ailing populations. Poaching can be modeled. Patrols made more precise. Extinction is not inevitable.

But there’s a wrinkle here. A knife’s edge dilemma for AI sustainability.

We Need to Talk About Yttrium

As technology advances, evermore reliance is placed on sparse resources: metals like nickel, cobalt, lithium, and rare-earths like yttrium. Magnets, electronics, lasers, GPS satellites, computer processors: all demand complex metals to function. All are pivotal to the advancement of environmental AI and robotics.

To extract these precious resources, China, which possesses a global monopoly, has poisoned its land. Pollutants like ammonia, cadmium, and lead now lace the soils and groundwater near former mines. For local vegetation and animals, the results are deadly; for people, they’re cancerous.

Furthermore, AI necessitates raw computing power. That means energy and lots of it. Already, in the US, data centers account for 2% of all electricity used. Although the goliath Google used DeepMind’s (Think: Skynet’s older brother) machine learning genius to reduce data center energy for cooling by 40%.

Humanity has an instinctual drive to progress. To adapt, to innovate, to change. If the naysayers are to be believed, it will be our undoing. To continue innovating; to place our faith in the power of progress; in AI and robotics means risking the future of our species (of all species). But the alternative means forever abandoning the progress we’ve made.

No one ever said the choice would be easy. Still, with AI advances and robotic ingenuity accelerating, you’d be brave to bet against innovation.