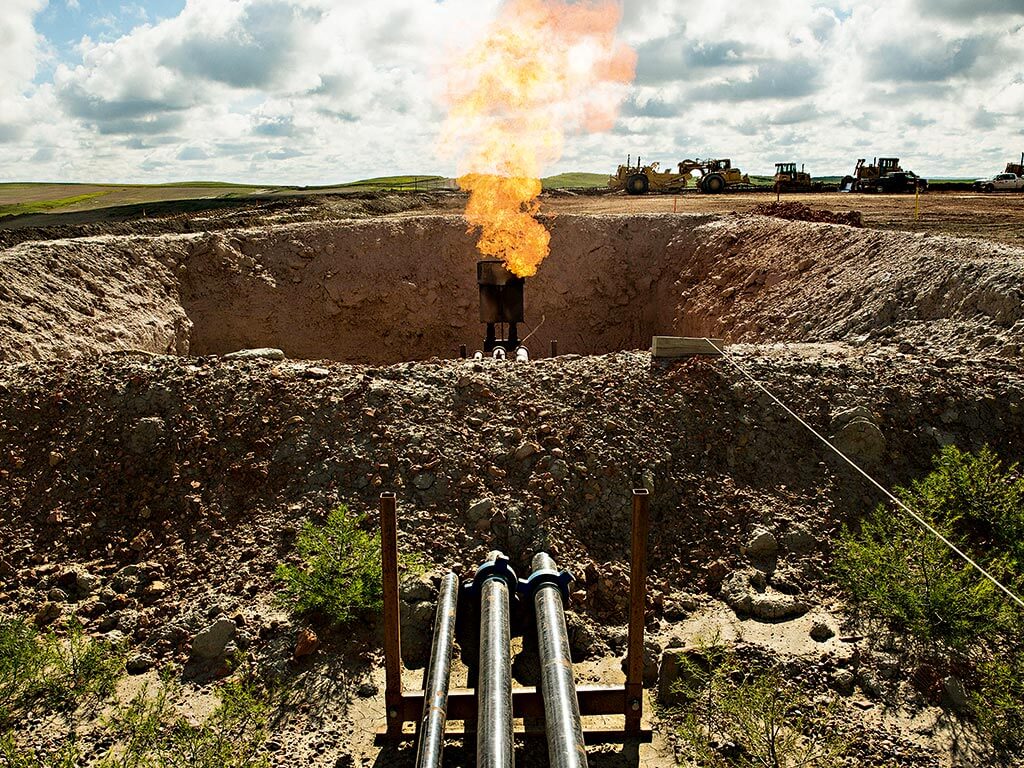 In October 2021, the governments of Austria and The Netherlands warned of the risk of a “great blackout”.

Soaring natural gas prices, lack of security of supply and a challenging outlook of pipeline deliveries from Russia made the governments exceedingly nervous about the chances of providing cheap and reliable energy for homes in winter.

However, an unexpected ally has prevented an energy crisis in Europe and, ironically, it is an ally that was banned in most European nations: Shale gas.

About half of the record U.S. Liquefied Natural Gas volumes shipped in December 2021 went to Europe, up from 37% earlier in 2021, according to the U.S. Energy Information Administration.

While most European nations banned the exploration and development of domestic natural gas resources many years ago, the United States has plenty and competitive supplies thanks to the shale oil and gas revolution, which has made the country almost energy independent. Domestic natural gas production has exceeded U.S. demand by about 10%, according to Reuters.

There is a lesson for the U.S. here. Many European energy policies have been ideologically directed, and massive energy subsidies and political intervention have not strengthened the competitiveness of the economy, secured energy supply, or even significantly reduced carbon emissions.

The German Economy Minister, Robert Habeck recently mentioned that “we will probably miss our (CO2 emissions) targets for 2021, also for 2022, even for 2023 it will be hard enough” according to Zeit. Germany will miss its climate targets for 2021 as the use of coal increased dramatically while the use of renewable energies remained almost stagnant. After hundreds of billions in renewable subsidies, household bills are 65% higher than in 2006 according to the BDEW and Energy Ministry.

What has been the European policy mistake? To eliminate or ban baseload, cheap and reliable energy (nuclear and development of domestic natural gas) and offset it with intermittent and volatile sources of energy -wind and solar- too early into a technology transition. This, when demand rises or solar and wind output decline, puts security of supply and competitiveness at risk because prices rise to all-time highs.

European power prices have also risen to record-highs because the cost of CO2 emissions -a hidden tax- has soared from 20 euros per metric tonne to more than 80. Due to this hidden tax, European governments are collecting tens of billions of euros in tax receipts, but the burden falls on businesses and families.

Residential electricity prices in the European Union between 2010 and 2014 averaged near $240/MWh, whereas the U.S. averaged nearly $120/MWh, or less than half of EU prices. Gasoline and gasoil prices were also twice as expensive in the average of the European Union compared with the United States. This trend has not improved at all. In 2021, wholesale electricity prices in Europe reached a record high.

Europe must understand that technology and competition achieve more in terms of reducing carbon emissions while improving competitiveness than implementing rigid and expensive political mandates.

The energy sector is key in decarbonization but will not achieve it through constant intervention. To decarbonize, the best technological tool is a combination of natural gas, nuclear, hydro, and renewable energy. But renewables are intermittent, while consumption is continuous. While technology develops, Europe must ensure security of supply and affordable energy making the most of all the possible options, incentivising green energy and reducing costs for consumers.

Now that renewable technologies are competitive, the solution cannot come from central planning, restricted markets, subsidies, and regulatory patches. It must come, as in the US, from tax credits that are gradually phased out, and competition in an open market, with transparent bilateral contracts.

Europe can develop its domestic resources and accelerate clean energy investment with rapid technology innovation. The word to achieve it is competition. It was a mistake to ban the development of natural gas resources but an even bigger mistake to blame global gas producers for not selling cheaply a product that some governments have rejected. European nations cannot say to global oil and gas producers that they will not use their resources in ten years but, in the meantime, producers must invest billions in development and export cheap and abundant energy.

Europe can promote competitiveness, lower bills, and advance in clean energy. All it must do is allow industries to find realistic and durable solutions and let markets work.