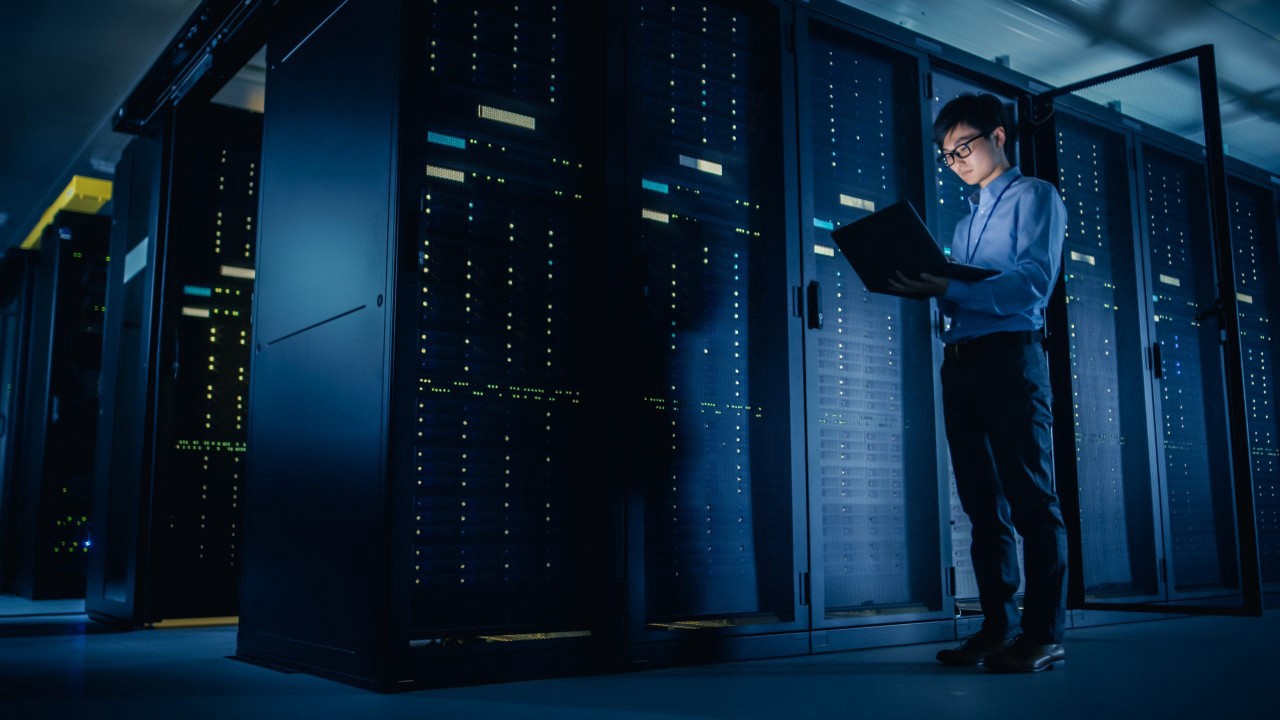 Fintech’s talk “Tech Stack” instead of ‘core’ systems, but what’s at the heart of fintech agility?

Over the last decade, fintechs players have built some of the largest engaged customer bases in the digital sphere. WeBank with north of 240m customers acquired in less than 8 years, NuBank with 50m, Revolut 16m, Square’s 30m monthly active customers, Chime with 25m, Credit Karma with 10m, and so forth. They’ve all had to build tech stacks that enable a much more flexible operating model and technical capability than that of incumbent banks. For startups like Simple, Moven, Fidor and GoBank in the earliest days of the Fintech boom (2010–2012), simple capabilities like digital identity verification (replacing a wet-signature requirement) didn’t exist because banks weren’t demanding it from their core providers. Even check deposit capture wasn’t readily available as a service, and certainly elements like contactless payments, the ability to turn off a debit card temporarily, real-time receipts, transaction categorization, or P2P payment rails APIs simply didn’t exist in the way they do today.

This led to a rapid evolution built on the early cloud providers like AWS and collaboration with other startups who saw the emergent need for fintech applications. Some of these new ‘core’ technical functions were even spun off into businesses in their own right, like the blockchain core that Tencent and WeBank built-in 2015 to power their Shenzhen-based neo-bank, broad aggregator capabilities in the US mimicking the EU’s open banking push, Square’s SME targeted payment capabilities or other BaaS capabilities.

After a decade these and newer fintech entrants can now plug and play from a whole host of new capabilities in the fintech ecosystem, but not in the shape of a conventional core banking system as we know it. In fact, almost all of the differentiated capabilities in these cloud-based tech stacks are functions that are still generally only available in the broader fintech marketplace. We see a host of acquisitions taking place by core providers trying to jerry-rig their core offerings with these new capabilities and in the process seeking to eliminate perceived competition. Still, from an infrastructure perspective, these core systems tend to be patching tech on top of 1970s architecture versus the native fintech tech stacks that have emerged in parallel.

The Emerging Ecosystem — Why it Matters?

We’re seeing a plethora of new offerings enter the retail and SME offerings space today. From BuyNowPayLater, Mobile Wallets that mimic bank accounts, SuperApps that incorporate banking, and many more experiences that won’t be supported by traditional core systems. That being said, if you wanted to support these functions or integrate them into this future world of banking, you’re going to have to think about your organization as a platform that exists in the emerging fintech ecosystem. 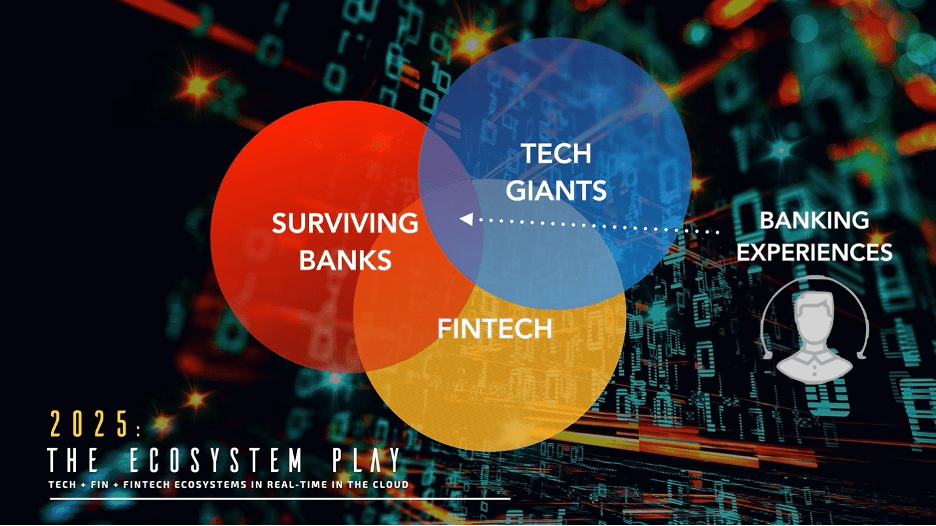 The emerging ecosystem that provides real-time banking experiences to customers relies heavily on integration capability that lies within the cloud such as data lakes, APIs, SDKs and app marketplaces integrated into your tech stack. While a core might exist in this ecosystem, the question at hand is whether the core is cloud-native, or whether the limitations of the core will limit what extensibility is available.

Take GoJek (or “GoTo”) in Indonesia. A super-app that supports 170 million users, 38 million monthly active users, that just IPO’d in Asia last month. With a market capitalization of approx. $35Bn, GoTo is the 5th largest IPO in 2021. But in the lead up to their launch, GoJek acquired a 22% stake in the Indonesian Bank Jago, giving them extended wallet capabilities across their platform.

In the US we have Peloton incorporating BNPL in their purchase experience, effectively circumventing typical credit card financing deals, and while BNPL is taking a hit right now, this type example of embedded credit offering is certainly going to become increasingly common. Tesla more recently has launched an auto insurance service, starting out in Texas but now moving out nationwide. Morgan Stanley analysts expect Tesla insurance to account for about $9.6Bn in yield by 2030, making them a Top 10 national insurance carrier, but they key here is the embedded, natural fit of the auto insurance product in the Tesla car-buying experience.

Certainly, the range of embedded finance capabilities we’ve seen emerging over the last couple of years are not core-friendly, in the traditional sense. Buy Now Pay Later, crypto custody, embedded insurance options, etc. all require some degree of cloud integration and cloud-based tech capability. It’s clear that we’ve already moved away from on-premise core systems as the measure of a bank’s ability to compete with new entrants. It requires a commitment to the tech stack that is simply much more open, and ready for partnerships and alliances that don’t fit the traditional mold.

Q2 Announces Helix in the Cloud 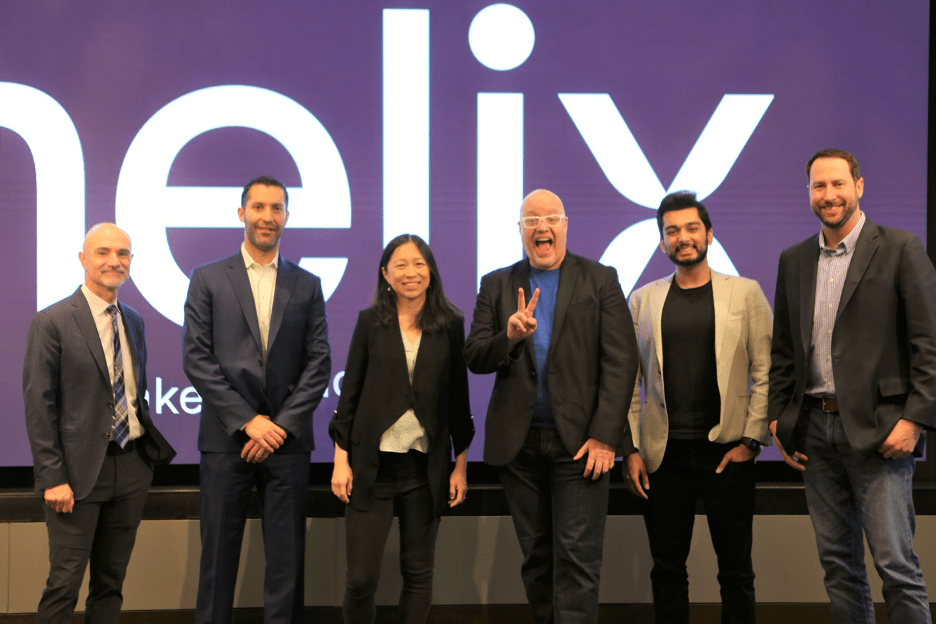 Recently I attended the launch of Helix by Q2, a new cloud-based core and AltFi ecosystem borne from the team at Q2. Helix comes ready-made with a raft of next-generation features allowing integration with everything from fintech plugins, crypto wallets, and challenger banks right through to enabling traditional banks to go down the ecosystem and platform route. NYDIG was at the Q2 launch supporting Helix with their crypto-custody capabilities. My team from Moven has been supporting a bank-in-a-box solution integrated with Q2 since 2020, and is an active partner of NYDIG also.

Agility in the current marketplace requires the ability to rapidly plug and play the latest DeFi, AltFi, and Fintech capabilities to remain differentiated. In almost all cases, these latest capabilities, such as NYDIG’s Crypto Custody and trading platform, require cloud integration. If you’re on a traditional stack, you’re increasingly going to be left out in the race for agile products and features like crypto custody, BNPL, advanced identity verification, financial wellness features, and so forth.

Helix boasts a range of ready-to-go capabilities for fintech players wanting their own agile cloud-based core, including:

Head over to Helix by Q2 and check out what is possible on a 21st-century cloud-based banking tech stack, and get ready to play a deeper role in the emerging financial services digital ecosystem.

Disclaimer: This is a sponsored article by Helix by Q2.