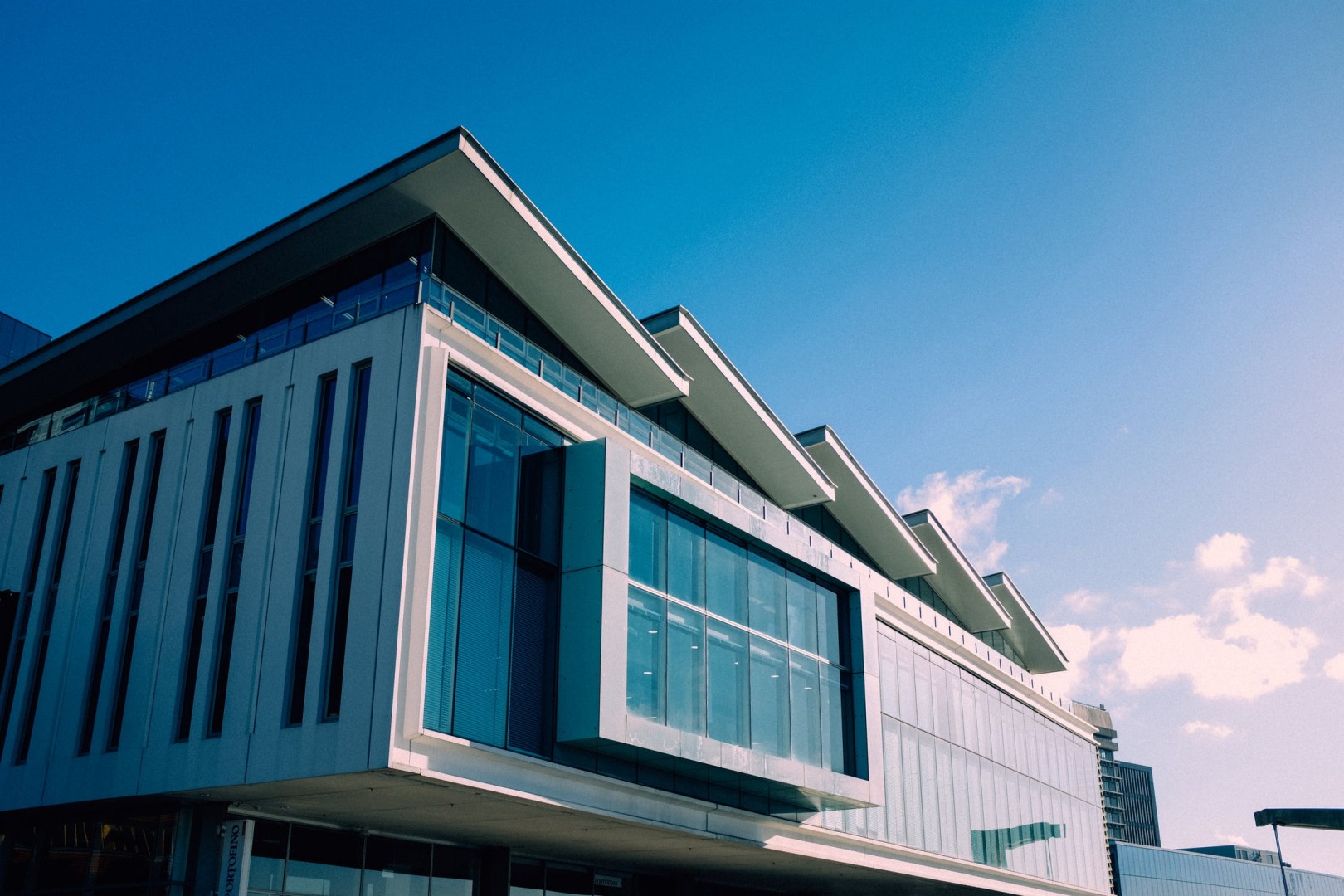 Once every three years, the Bank of International Settlements carries out a survey on the dimensions of markets for foreign exchange, as well as for various financial derivatives products.

The December 2022 issue of the BIS Quarterly Review includes five articles discussing results from the latest survey. Here, I’ll focus on “The global foreign exchange market in a volatile time,” by Mathias Drehmann and Vladyslav Sushko.

The headline finding of the most recent survey is that daily turnover in foreign exchange market has reached $7.5 trillion per day–on an annual basis, about 60 times the level of world GDP.  Clearly, most of this market has nothing to do with trading foreign exchange for financing imports and exports. Instead, it’s about hedging and arbitrage in financial markets.

In this figure, the total height of the bars on the left-hand panel show the rise in the FX market over time. The shading within the bars show the types of trades: spot market, FX swaps (in which two parties who are each receiving a future payment in different currencies agree to “swap” these payments and receive the other currency instead); forward contracts (which can be thought of as customized contracts traded over-the-counter, unlike futures contracts which are standardized and traded on an exchange); options; and currency swaps (similar an FX swap, except that what is swapped is not just two payments in different currencies, but also a stream of interest payments over time). The right-hand panel shows that the share of this market accounted for by spot markets has been declining over time, while the share in FX swaps and forward contracts has been rising. 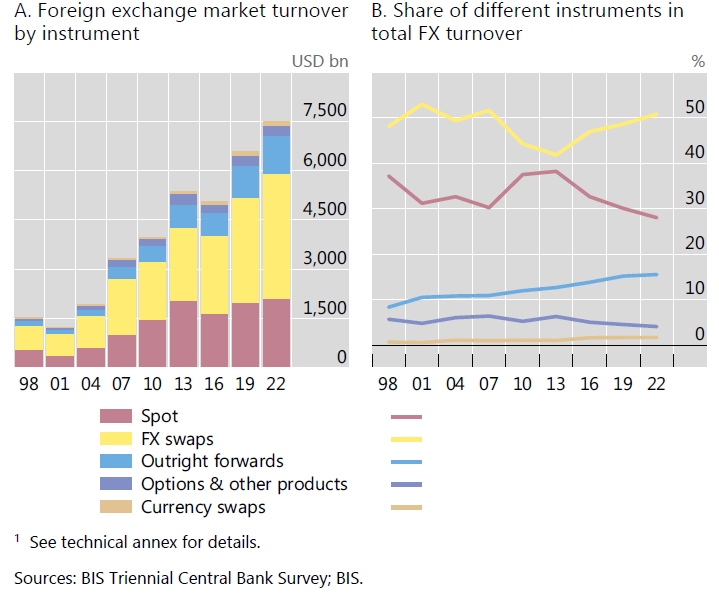 The survey results also emphasize the central importance of the US dollar in foreign exchange markets. Every foreign exchange transaction involves two different currencies: in almost 90% of all the trades in this market, the US dollar is on one side of the transaction. In practice, this means that if someone wants to trade two non-US-dollar currencies A and B, what actually happens behind the scenes is that A is first turned into US dollars, and then US dollars are turned into B. There is an ongoing debate in recent years over whether the US dollar will or might be losing its status as the global “reserve currency,” but this evidence suggests that the US dollar continues to play an extremely central role. However, one shift with regard to the role of the US dollar, which I have noted here in the past and is discussed in these survey results, is that when central banks around the world hold reserves of foreign exchange, the US dollar is playing a smaller role than in the past.

The raw size of this market suggests a certain degree of concern. What happens, for example, if there is a currency swap where a party has agreed to make a payment in, say, US dollars in the future, but when the time comes to make that payment, the party is unable to do so?  Two of the papers in this issue look at potential flashpoints. For example,   Marc Glowka and Thomas Nilsson write in “FX settlement risk: an unsettled issue:”

FX settlement risk, the risk that one party to a trade of currencies fails to deliver the currency owed, can result in significant losses for market participants, sometimes with systemic consequences. The failure of Bankhaus Herstatt in 1974, the best known example, eroded confidence in interbank relations and caused a freeze in money market lending (Galati (2002)). Recent examples include KfW Bankengruppe’s €300 million loss when Lehman Brothers collapsed in 2008 (Hughes (2009)), and Barclays’ $130 million loss to a small currency exchange in March 2020 (Parsons (2021)). Almost 50 years after the Herstatt bankruptcy, nearly a third of deliverable FX turnover remains subject to settlement risk, according to new data from the 2022 BIS Triennial Survey.

In a related spirit, Claudio Borio, Robert N McCauley and Patrick McGuire look at that issue in “Dollar debt in FX swaps and forwards: huge, missing and growing.” They write:

FX swap markets are vulnerable to funding squeezes. This was evident during the Great Financial Crisis (GFC) and again in March 2020 when the Covid-19 pandemic wrought havoc. For all the differences between 2008 and 2020, swaps emerged in both episodes as flash points, with dollar borrowers forced to pay high rates if they could borrow at all. To restore market functioning, central bank swap lines funnelled dollars to non-US banks offshore, which on-lent to those scrambling for dollars. This off-balance sheet dollar debt poses particular policy challenges because standard debt statistics miss it. The lack of direct information makes it harder for policymakers to anticipate the scale and geography of dollar rollover needs. Thus, in times of crisis, policies to restore the smooth flow of short-term dollars in the financial system (eg central bank swap lines) are set in a fog.

At least so far, the main “answer” when these problems arise has been for central banks to carry out their own currency swaps, to make a scarce currency more available. This approach has proven workable so far, but as these gigantic markets grow in size, and come under stresses beyond those currently imagined (a combination of negative economic events and a cybercrime attack, perhaps?), some additional advance consideration of fail-safe mechanisms seems worthwhile.