Inflation Is Back: Protect Yourself

Inflation Is Back: Protect Yourself 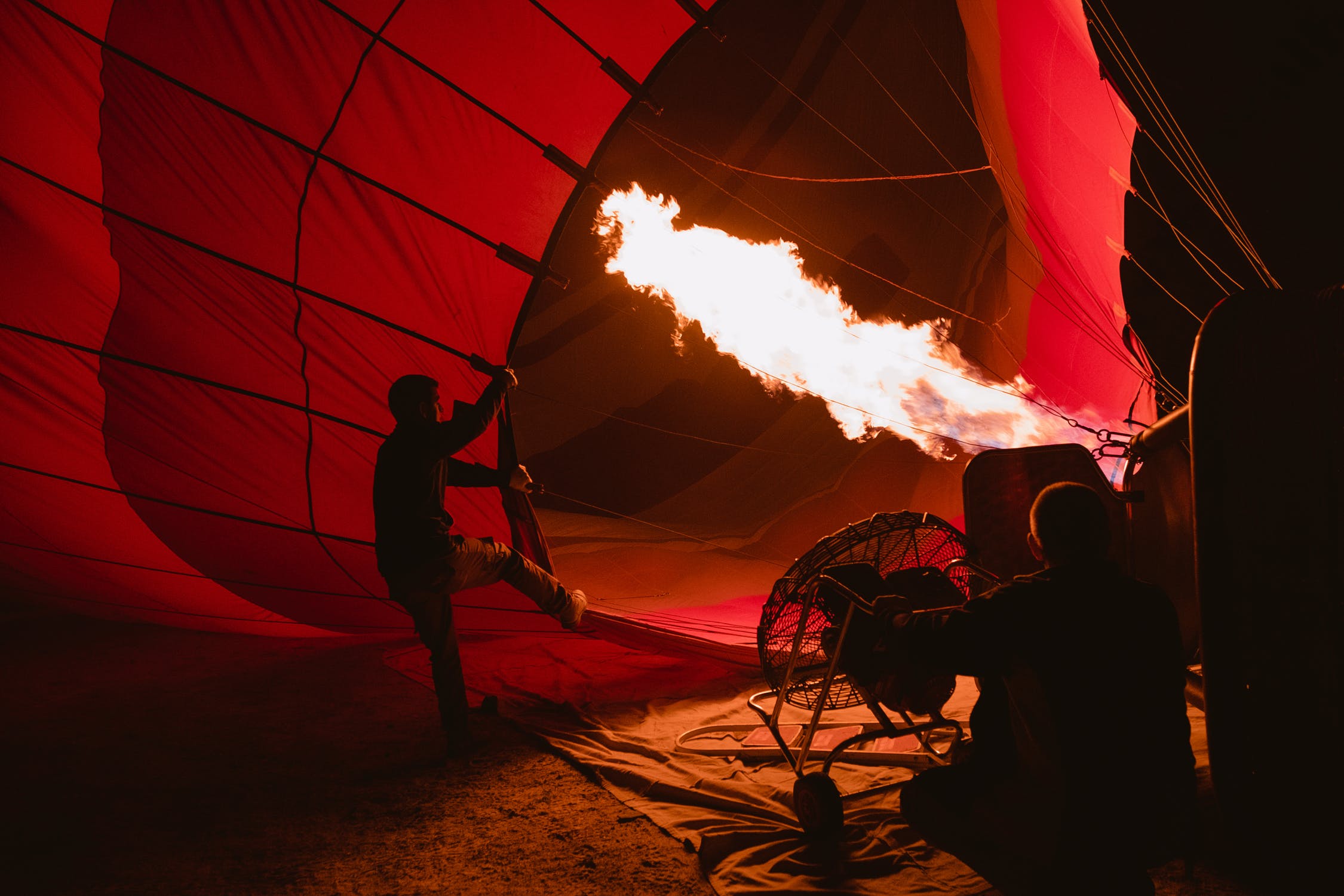 Monetary policy has gone from being a tool to help states make structural reforms to become an excuse not to carry them out.

The constant financing of deficits in countries that perpetuate structural imbalances has not only helped to strengthen growth, since the Eurozone and the United States already suffered downgrades of estimates before the Covid-19 crisis, but is also driving inflation higher. 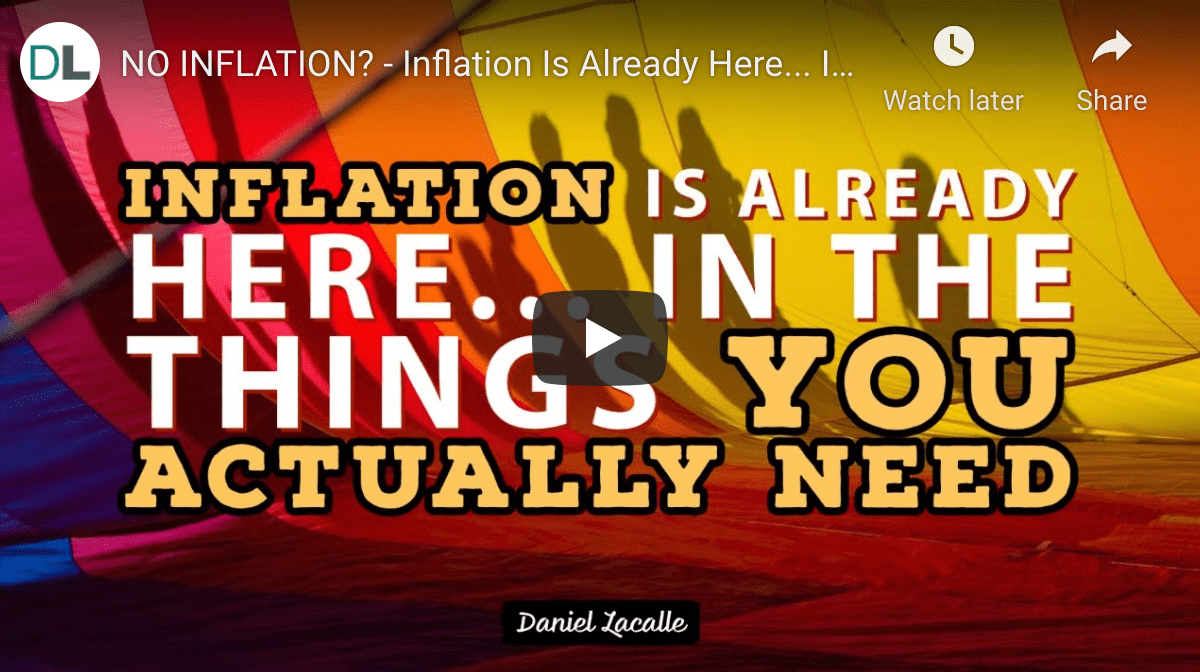 Monetary policy has been ultra-expansive for more than ten years, in crisis, recovery, growth and stabilization. In fact, the central bank becomes hostage to states that do not reduce their structural imbalances but perpetuate them because the cost of debt is low, and the central bank “supports” them.

It is no coincidence that the reformist momentum has stopped short since 2009. It coincides exactly with the period of never-ending balance sheet expansion.
Low rates and high liquidity have never been an incentive to reduce imbalances, but rather a clear incentive to increase debt.

Once in place, the so-called expansionary monetary policy cannot be stopped. Does any central banker believe that states with a structural deficit greater than 4% per year are going to eliminate it while there are negative rates and liquidity injections?
The worst excuse of all is that “there is no inflation.”

It is not by chance that the eurozone saw massive protests against the increase in the cost of living while we read that “there is no inflation”, but it is also, at the very least, imprudent to say that there is no inflation without considering the increase in non-replicable goods and services (rent, fresh food, healthcare, education, etc) and financial assets that have rocketed with this policy.

Negative yields in ten-year sovereign bonds of insolvent economies are part of huge inflation. Rising prices for non-replicable goods and services, which in many cases triple the official inflation rate, as a recent study by Bloomberg Economics shows, it is especially worrying when monetary policy encourages unproductive spending and perpetuates overcapacity. This means lower real wages in the future due to lower productivity growth. Bjorn van Roye and Tom Orlik at Bloomberg Economics conclude: Not only is real inflation higher than the official CPI, but it is also much higher for the poorest citizens (“Low-Income American Households Suffer Inflation Shock From Virus”).

A recent study by Alberto Cavallo of the Harvard Business School warns of precisely this differential between real inflation suffered by consumers, especially the poorest, and the official CPI.

Now it is not just a matter of detailed study. Inflation expectations have risen to a five-year high and the figure of inflation in Germany and the United States in January is particularly concerning for two reasons: It is rising faster than central banks and governments estimated, and it is only kept low by an energy component that will likely soar in the following prints after oil recovered 22% in the first two months of 2021 and most commodities are up between 3 to 7% in the same period.

In fact, if we analyze the cost of living with the goods and services that we really use frequently, we realize that in a recent unprecedented crisis such as that of 2020, prices for the poorest layers rise almost triple what it shows the CPI, and that, added to the distorting factor of the enormous inflation in financial assets, this generates enormous social differentials. This wealth destruction is even more evident in the first month of 2021.

Remember that the German wholesale price index was kept low by a fall of more than 3% in the energy component. However, no German citizen has seen a fall of 3% after taxes and surcharges in their energy bills.

In the United States, the situation is similar. Inflation expectations are at a seven-year high. However, according to Deutsche Bank, the prices of education, healthcare, and housing. In fact, since 2000, these prices have risen between 2 and 2.5 times faster than the official CPI. According to Shadowstats, “in general terms, methodological shifts in government reporting have depressed reported inflation, moving the concept of the CPI away from being a measure of the cost of living needed to maintain a constant standard of living”.

Many analysts state that this rise in inflation will be temporary due to the base effect of the re-opening of most developed economies and the fast recovery in commodity prices. This is absolutely correct, and we will likely see a slowdown in official inflation in the second half of 2021. However, this is not likely to be the case with the goods and services we really buy, and the rise in non-replicable and essential goods and services will remain significantly above real wages and the official consumer price index.

This pricing pressure creates even more inequality, as it affects mostly the poor, and becomes a real burden for most middle-class families, that have seen wages fall but a rise in the prices of the goods and services they cannot eliminate, or substitute rise even in crisis times. Furthermore, the poor and lower-middle-class do not benefit from the asset price inflation created by monetary policy. Bernanke used to say that central banks are not in charge of fiscal policy and that this is a matter of fiscal policy. Well, it is not. Massive money supply growth and its negative consequences are not solved by raising taxes and increasing subsidies. This just perpetuates the problem and creates a zombie subclass that can never recover from the boom-and-bust periods.

What is the biggest risk? That even if inflation overshoots, central banks cannot stop the easing machine because insolvent governments would go into a massive debt crisis just with a few percentage points yield increase. Faced with the choice of helping consumers or governments, most central banks will choose the latter.

Central banks cannot ignore the effect of fiat currency debasement in this cost-of-living problem because it will get worse and can lead to significant social unrest and discontent. It can all be mitigated with a simple Taylor-rule based policy that eliminates discretionality and random policy changes.

If you want to protect your savings, gold, and silver are important assets to own, especially the physical asset, not just financial instruments. Equities only help while monetary policy continues to create asset inflation, but that can stop abruptly when money supply growth coincides with nominal GDP growth, as the multiple expansion effect dies. Sovereign bonds are not a solution as both the price and the yield make them the most expensive asset. As such, gold, silver, cryptocurrencies, and inflation-linked bonds may be ways to protect wealth against fiat currency debasement.