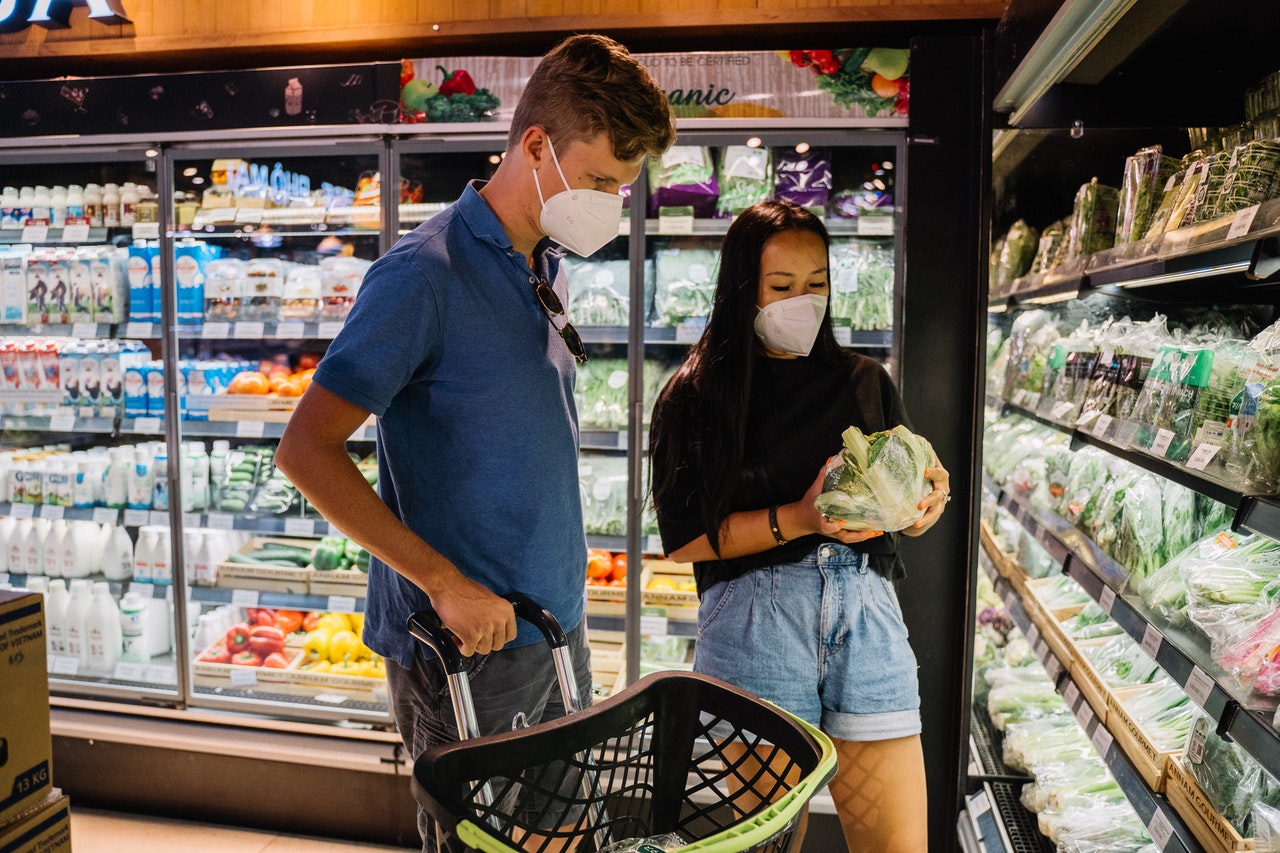 Prices are continuing to increase at their fastest rate for 40 years as food, energy and fuel costs continue to soar.

According to the Office for National Statistics (ONS), UK inflation, the rate at which prices rise, edged up to 9.1% in the 12 months to May, from 9% in April 2022. 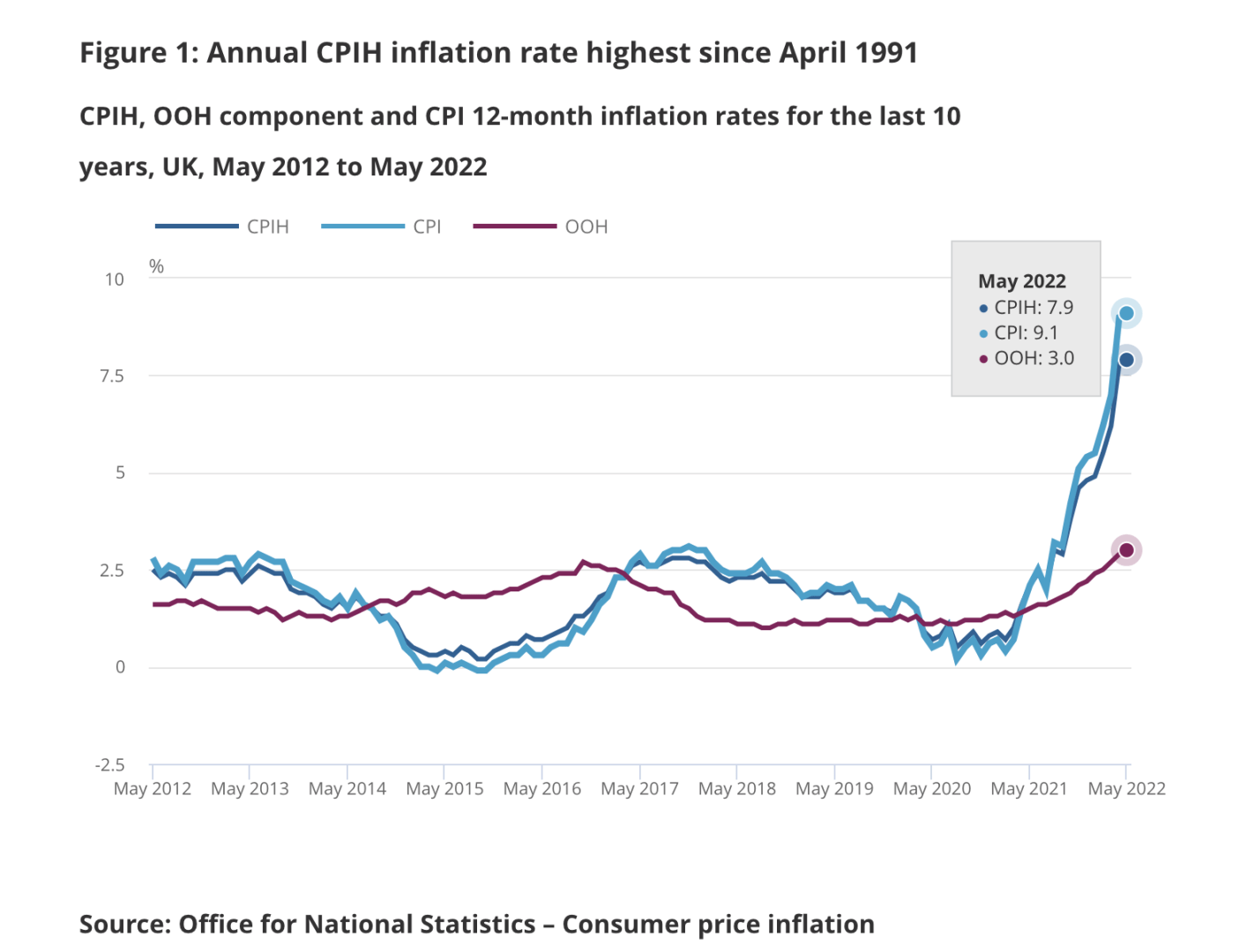 The Bank of England (BoE) expects inflation to reach 11% by the end of this year.

Inflation is the pace at which prices are rising. For example, if a bottle of water costs £1 and that rises by 5p compared with a year earlier, then water inflation is 5%.

Record prices for petrol and diesel also drove inflation higher as motor fuels jumped by nearly a third over the past year.

The ONS argues that rising prices for food and non-alcoholic beverages helped fuel inflation in May, with the biggest cost increases seen in bread, cereals and meat.

Russia's war in Ukraine has severely restricted wheat and maize supplies from two of the world's biggest exporters.

Ukraine is also a major producer of sunflower oil, leading to the costs of alternatives also climbing.

People are putting less in their baskets, switching to budget ranges and are worried about the future.

The euro and sterling fell on Wednesday as investors turned to the safe haven dollar as part of a move away from riskier assets which also saw a stock market rally fizzle out, and after data showed British consumer price inflation hit a new 40-year high.

According to Chancellor Rishi Sunak, the UK government is using all the tools at their disposal to bring inflation down and combat rising prices. 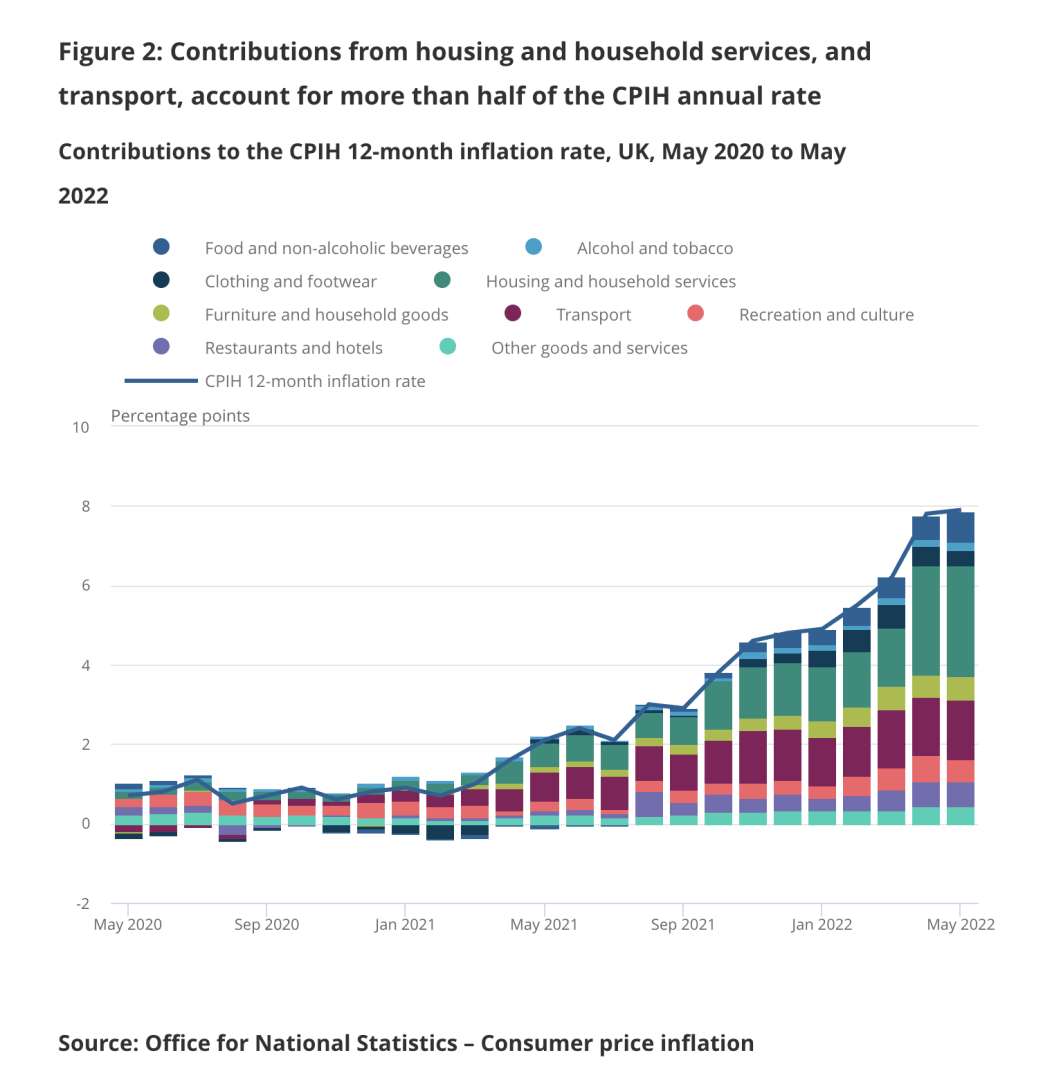 One way to try to control how fast prices are rising is to raise interest rates. This increases the cost of borrowing and encourages people to borrow and spend less, and save more.

Meanwhile, Network Rail and the UK government are at loggerheads with rail unions in a bitter dispute over pay and conditions. This is the biggest train strikes since the 1980s. Rail workers have been offered a pay rise of just 2%.

The UK might be stuck with searing inflation for years because of Brexit, cost of living crisis and the war in Ukraine.