Why Are Cryptocurrencies Problematic?

Why Are Cryptocurrencies Problematic? 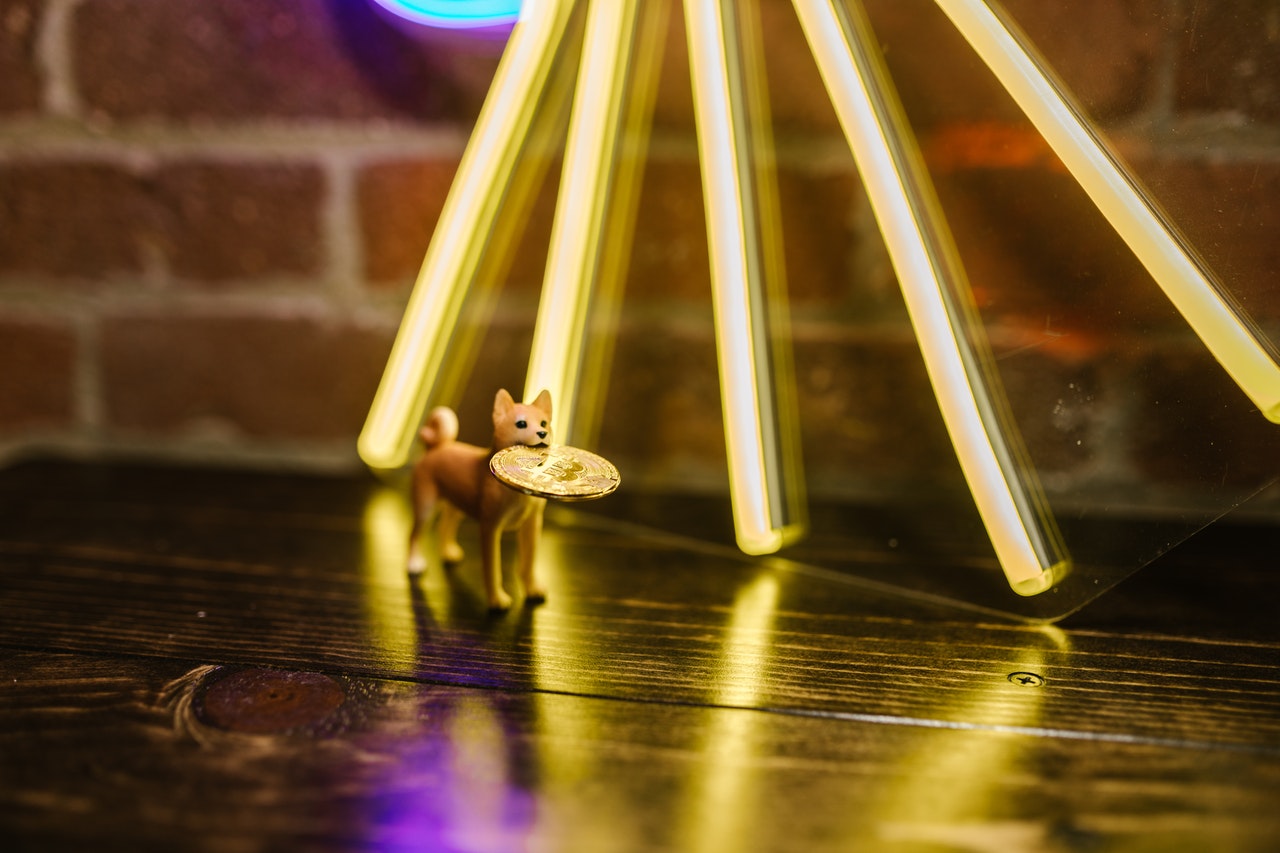 Despite the growing emergence of blockchain in finance, cryptocurrency has always been seen as an alternative form of money compared to standard cash.

For it to become the national currency of a country, cryptocurrency and several factors related to the entity will need to undergo a few changes.

In 2021, El Salvador became the world's first country to adopt bitcoin as one of its official currencies. The adoption, the government of El Salvador explained, was finalized to have more people use government-backed banks and to reduce the number of banking transactions caused by the massive number of remittances—as high as US$ 5.9 billion in 2020, more than 20% of their total GDP—or, in other words, the massive amounts of foreign money brought into the country in the form of gifts and cash for local El Salvadoreans by those living abroad. Despite the growing global popularity of cryptocurrency—according to estimates, the compound annual growth rate (CAGR) of cryptocurrency is expected to grow from US$ 1.6 billion in 2021 to US$ 2.2 billion in 2026—there are not many countries that may accept it like the way El Salvador did. What’s more, the involvement of cryptocurrency and, in general, blockchain in finance is banned in many countries.

Why Governments Are at Odds with Cryptocurrencies

Cryptocurrency, as you may know, is an application of blockchain in finance. Recently, blockchains have grown in popularity in other areas, such as digital art and NFTs, and are expected to truly go mainstream once the metaverse does. So, why is it not a national currency in countries around the world yet? 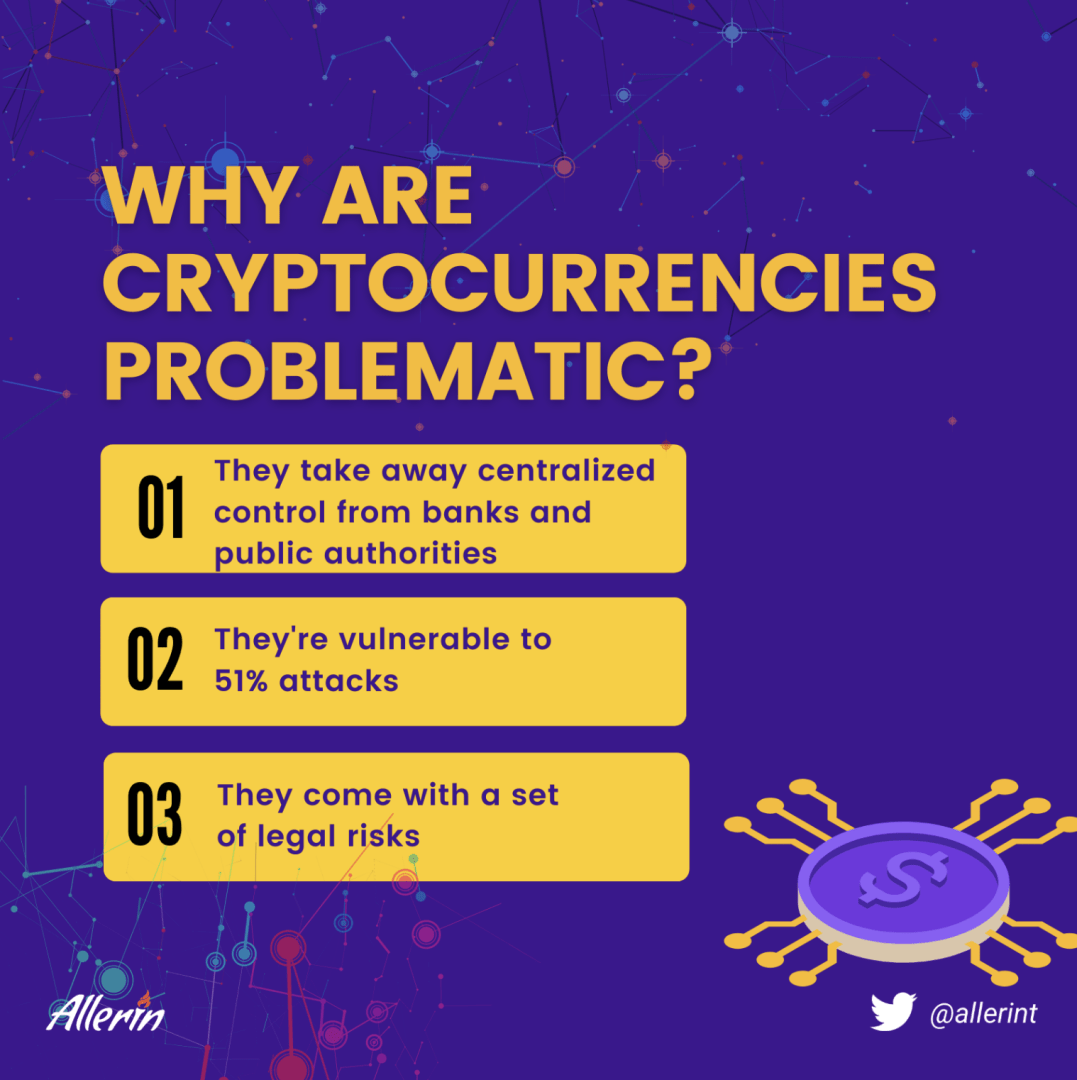 Nearly all countries, regardless of how developed they are, employ a centralized banking structure for financial circulation within an economy. The concept of a central, controlling entity in banking has prevailed despite the significant role of such financial institutions in the global recession of 2008-09. The concept of cryptocurrency was born in the immediate aftermath of the black swan event. So, without a hint of irony, one can say that the first application of blockchain in finance was born to supplant banks.

Centralized banks, such as the Federal Reserve Bank in the US and the Bank of England in the UK, act as the beating heart of the respective economies of those countries. These age-old financial institutions control the interest rates and liquid cash circulating within an economy. Based on how the economy is functioning, governments and central banks maintain a percentage of liquidity in the market. In other words, the centralized banks call the shots when it comes to how much spending power people have at any given point. When governments create financial and monetary policies for local and foreign investment, their implementation is ensured via such banks. For example, higher interest rates discourage overseas investors from putting their money in a foreign market. In this way, the Foreign Direct Investment (FDI) of a given country is also controlled via centralized financial institutions and the government.

Central banks bring some much-needed calm during disruptive events such as recessions and pandemics. During such periods, centralized banks work in tandem with governments, who design financial policies to counter the effects of such events by putting sanctions on exports and regulating factors such as Cash Reserve Ratio (CRR) and Statutory Liquidity Ratio (SLR) to keep inflation in check.

As you can see, the centralized nature of the existing banking system gives governments and other public bodies unlimited control over the economy and their citizens. If cryptocurrencies replaced normal cash, the decentralized nature of blockchain would simply take away this control from the central authorities, causing financial chaos during uncertain periods. For this reason, governments around the world would be content with having cryptocurrency exist as an alternative investment avenue instead of being the main medium of all transactions. As a result, there are not many retailers and merchants, especially the ones in a brick-and-mortar shop, that do not accept cryptocurrency payments in exchange for products or services. Additionally, there isn’t a fail-safe infrastructure that facilitates bitcoin transactions on a wide scale in the real world. Perhaps, when the metaverse is accepted across the board, concepts such as purchasing property using bitcoins or other cryptocurrencies can be accepted.

There may be a workaround in this scenario to accommodate blockchain in finance. El Salvador, for example, had ordered 400 bitcoins and planned to circulate them via bitcoin-based teller machines installed in various parts of the country. The government and central banking network retained a measure of control even though bitcoin became a legal tender within the country. Such a model can be adopted by a greater number of countries to move to a sophisticated form of currency while maintaining control over national liquidity, expenditure and risk management during the time of a crisis.

Cryptocurrencies Are Vulnerable to 51% Attacks

Blockchain in finance, as you may know, does not provide more than 50% control of a cryptocurrency network to a single or a group of miners. This makes the data visible to all and manipulatable by none of the users without others not seeing it. In a way, it works like how a Google Docs file online shared with multiple users would work—visible to everybody, but can only be edited across the board with the proper access. So, to attack the network, a malicious user needs to get enough hash power that will be sufficient to "mine," or surreptitiously extract information, blocks on a carbon copy of the given blockchain network in secret. In this way, the user would have access to more than half of the data within a blockchain network at a given point of time as the attack is initiated.

The possibility of such an attack can put concerns in the minds of governments, making them think at least twice before greenlighting bitcoin or other types of cryptocurrencies as nationally-accepted official legal tender.
To prevent such attacks, blockchain administrators must not enable any user at any given point of time to even touch 50% data control in a blockchain network. Cybersecurity through randomization, a concept to obscure the network through advanced data security tools and applications, can be put to good use by governments and cryptocurrency administrators in a country.

Cryptocurrencies Come With a Set of Legal Risks

As one can expect, nobody wants to burn their hands in large-scale cryptocurrency transactions as there are several legal roadblocks in the way. Firstly, cryptocurrency-based transactions are governed by smart contracts - intelligent, blockchain-based contracts that only authorize payment if all the clauses in the contract are fulfilled. For example, a purchaser will only be able to unlock a game if they make the necessary payment for the same. Although this is a fail-safe way to make payments, its acceptance by buyers or sellers would be problematic in countries such as the US, wherein different states have their own contract laws. Additionally, cryptocurrencies cannot be traced to the location of the blockchain, the decentralized ledger. This could cause jurisdiction-based problems for individuals or companies looking to send or receive money via bitcoin or other types of cryptocurrencies.

Why Cryptocurrencies and Traditional Currencies May Need to Co-Exist

When everything’s said and done, one must remember that cryptocurrencies are just a decade old as a concept. Actual currencies that people use today took hundreds of years and several evolutions—barter systems, slave trade, exchange of land for provisions, amongst others—before reaching the point at which things are currently. The extensive adoption of cryptocurrency needs to come through several barriers before it can be accepted as a currency. Governments will need to work closely with blockchain in finance and cryptocurrency developers before it can be considered passé to purchase a car in a showroom and pay via bitcoins to the dealer. Any novel idea faces its fair share of detractors and opposition before it can be accepted. Like AI and other applications of blockchain in finance, cryptocurrency will also undergo several evolutions before it can become a currency that is accepted anywhere across the world.