From Offshoring to Nearshoring?

From Offshoring to Nearshoring? 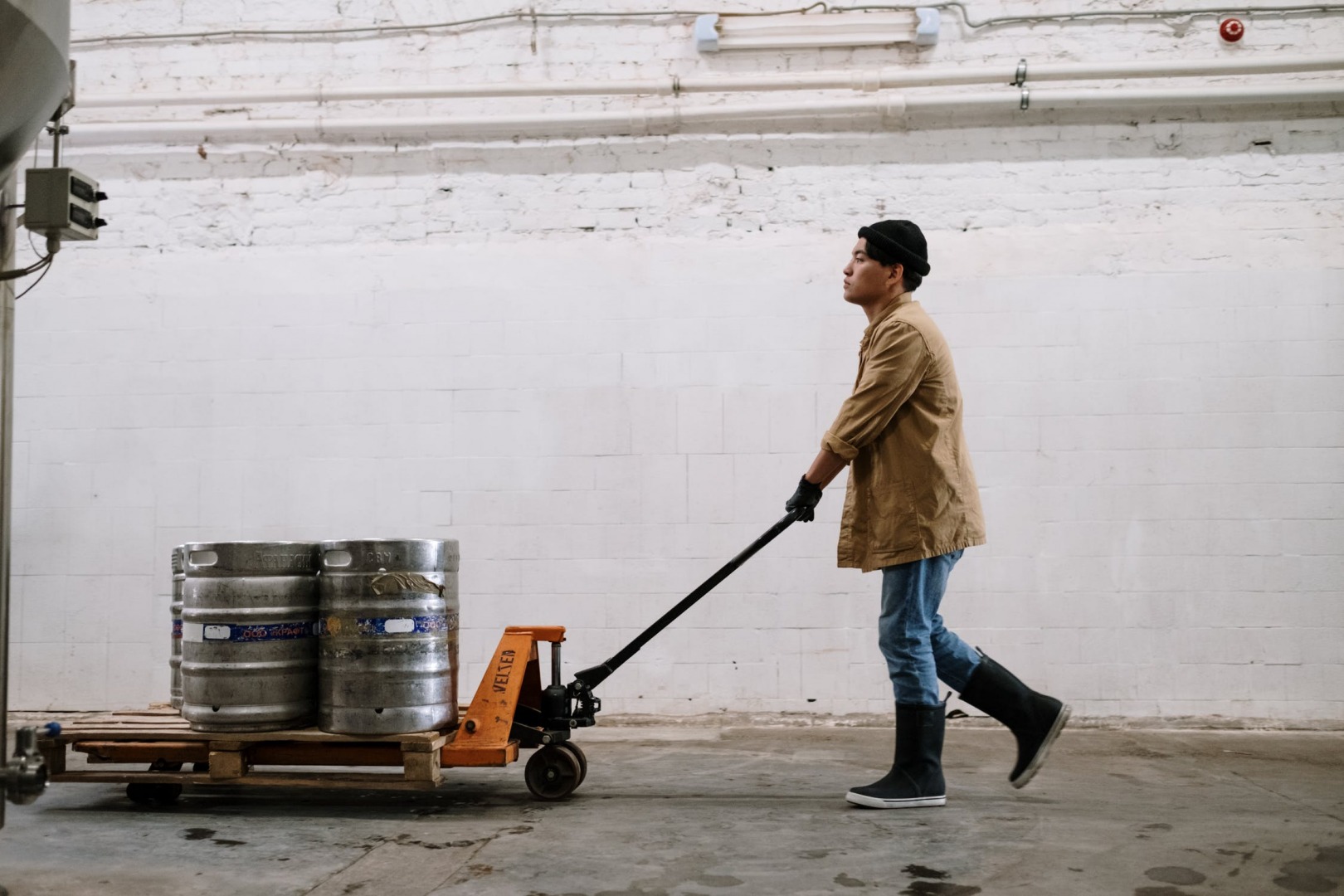 One of the ongoing public narratives, beginning with the start of President Trump’s imposition of tariffs on trade with China and others and continuing up through the pandemic, has been whether a previous pattern of off-shoring–that is, importing goods and inputs from abroad–would emerge. More generally, the question has been whether the US economy would become less attached to Chinese imports.

The Kearney consulting company provides some information on the actual data in its Reshoring Index. The most recent version came out in May, and a summary appears under the title “Global pandemic roils 2020 Reshoring Index, shifting focus from reshoring to right-shoring “ 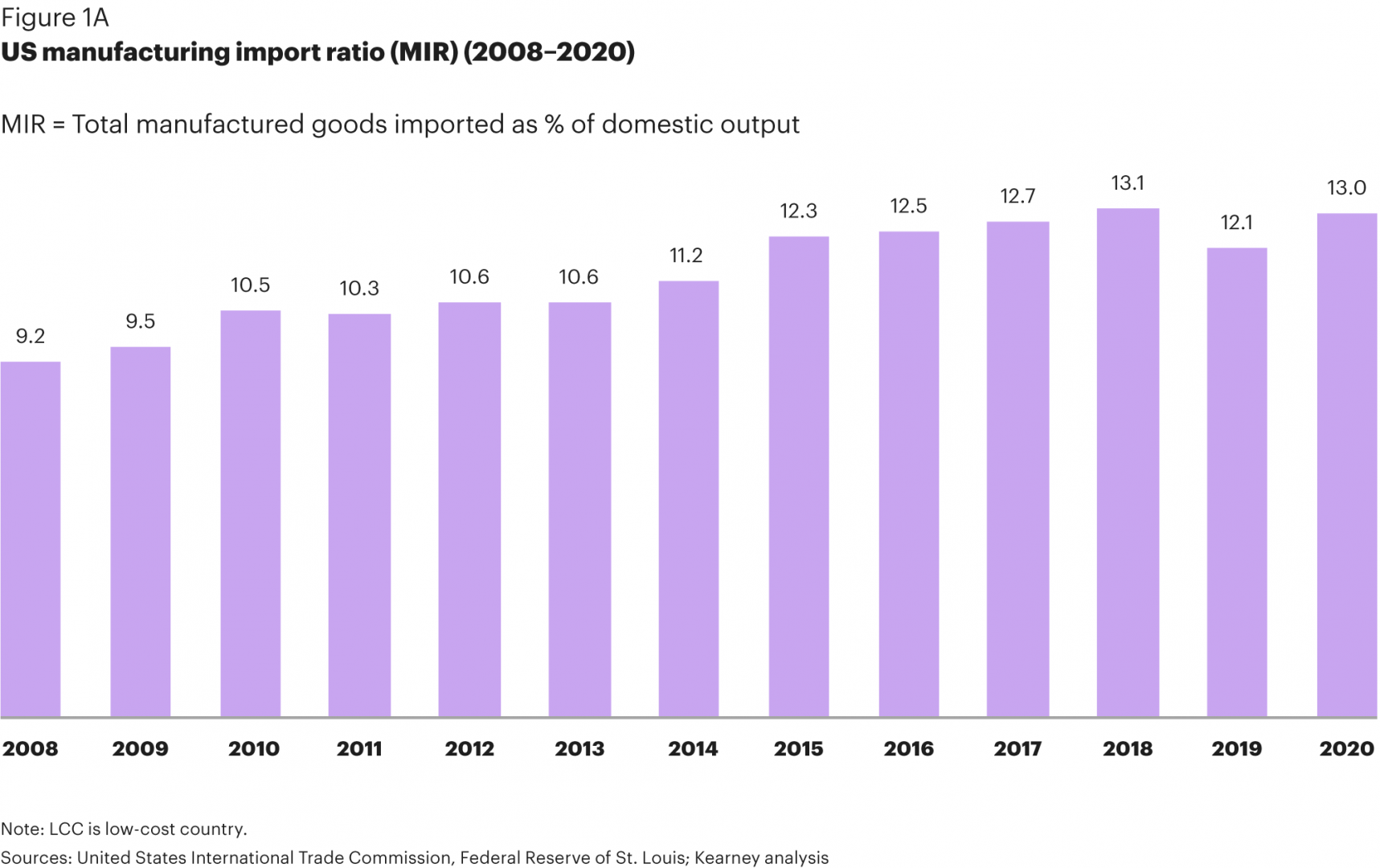 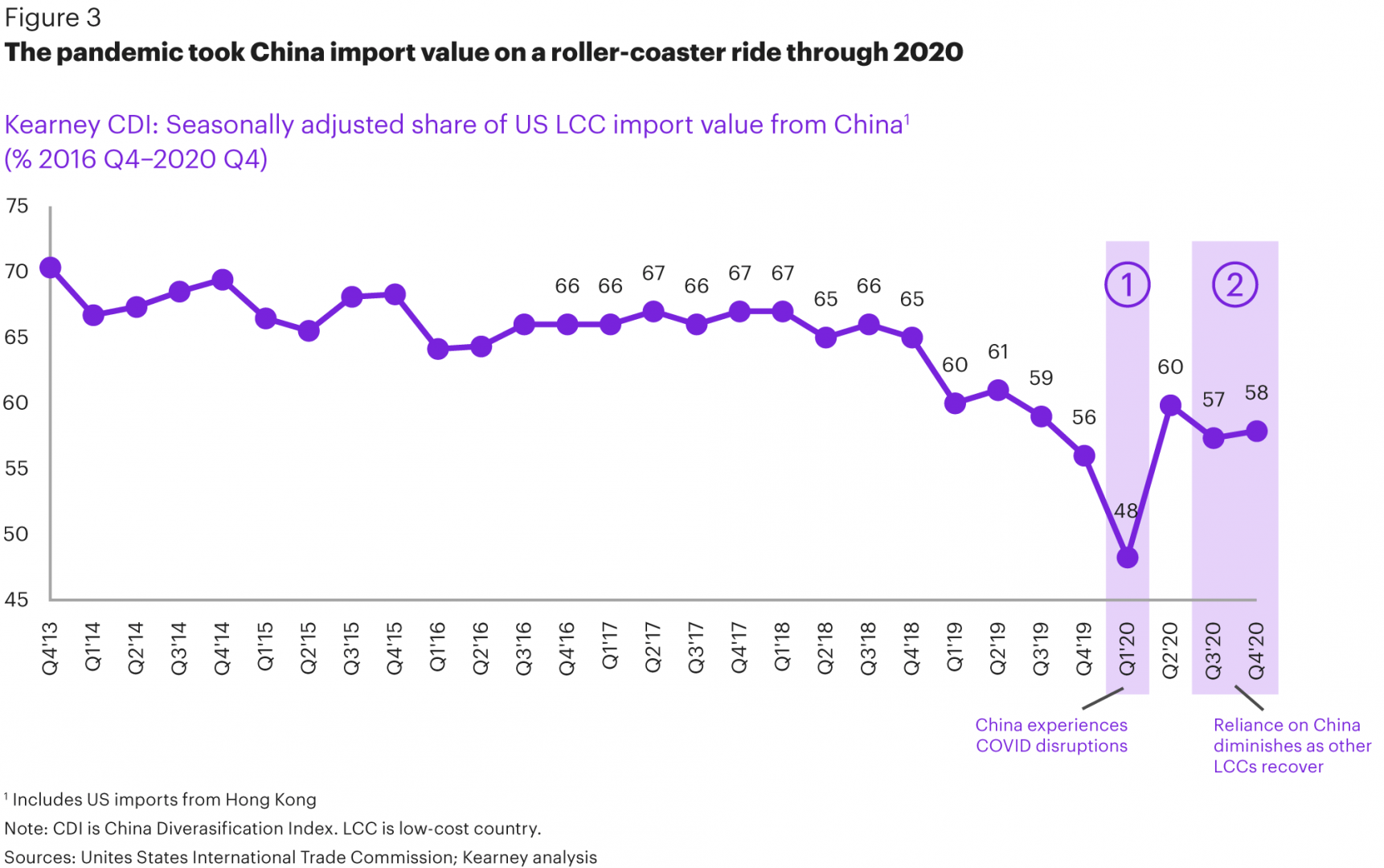 US companies have long viewed Vietnam as a viable sourcing option. Since China’s labor costs began to rise in 2007, Vietnam—where labor costs now fall almost 50 percent below those in China—has successfully used its cost advantage to attract global manufacturing business. A few examples include:

Nike and Adidas reallocated a vast majority of their manufacturing and footwear base from China to Vietnam.

In 2019, Hasbro announced it hoped to have only 50 percent of its production coming from China by the end of 2020, shifting to new plants in Vietnam and India. Hasbro is continuing to advance its transition to Vietnam and India.

In 2019 Samsung ended mobile telephone production in China due to rising labor costs and economic slowdowns, shifting production to India and Vietnam.

In addition, Vietnam is actively participating in free trade agreements to reduce trade barriers, improve market access for its goods, simplify customs procedures, and offer an increasingly attractive business environment. Vietnam has already invested heavily in improving its highways and ports, spending the most on infrastructure among Southeast Asia countries as a percentage of GDP (5.7 percent)

Even if relatively little reshoring of imported manufacturing goods has happened so far, what about the future? The Kearney report offers some data from a survey of US manufacturing executives. A general theme seemed to be that less reliance on imports from China and from the low-cost Asian countries in general was likely. However, a common response was not an expansion of US manufacturing capacity, but instead to emphasize the possibilities of “nearshoring” by relocating many of these supply chains to Mexico or Canada.