Industry Concentration: Is It Rising Overall?

Industry Concentration: Is It Rising Overall? 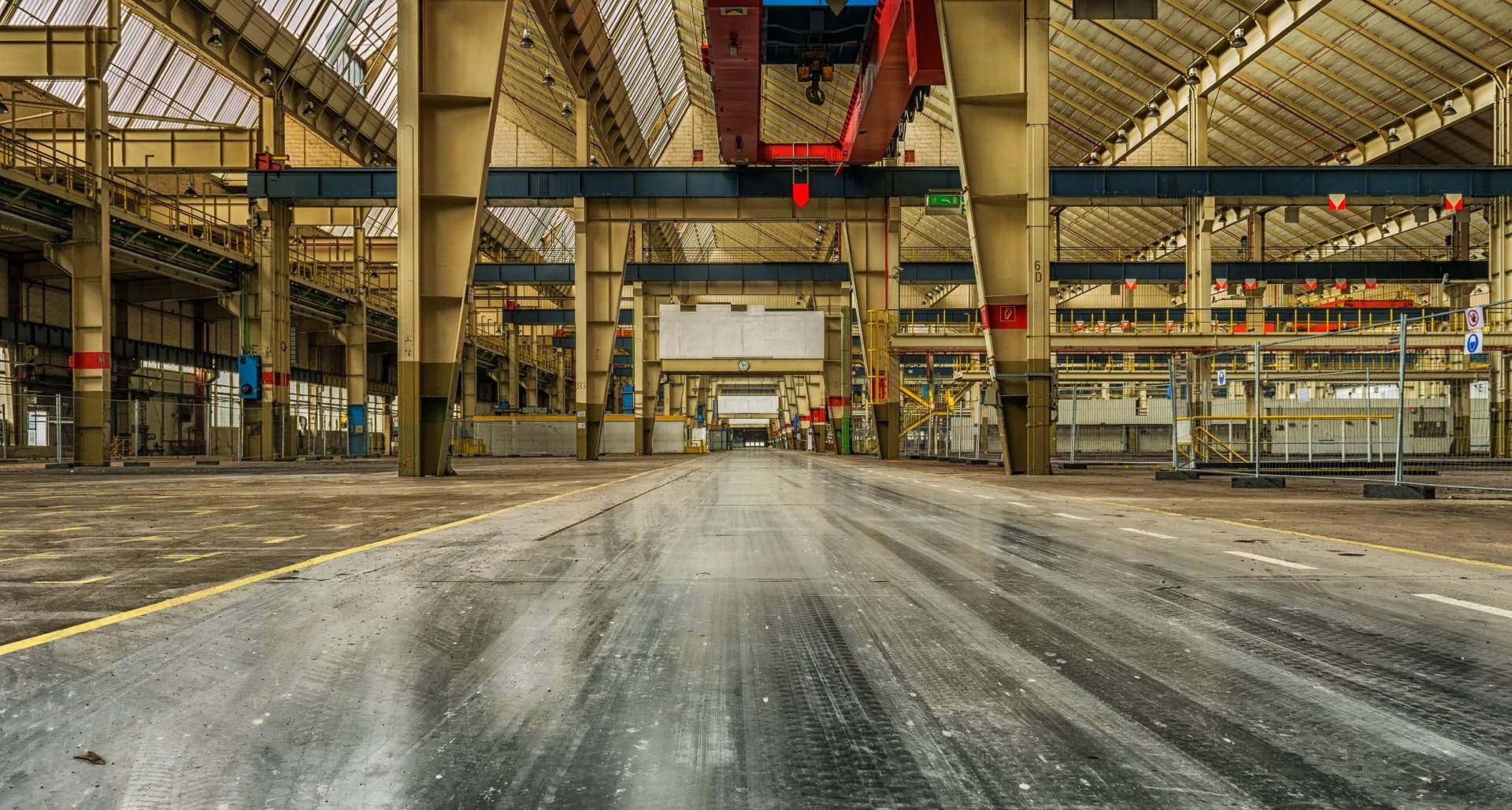 One of the simplest ways to measure the degree of competition in an industry is the “four-firm concentration ratio.”

Of course, one can immediately raise a number of concerns with this simple measure, which is why economists often use either a slightly more complex formula called the Herfindahl-Hirschman Index, or instead just skip past these overall measures of industry concentration and instead work with more detailed models of individual markets. In addition, when talking about industry concentration, a key question is always how one defines the relevant market. For example, does the measure of industry concentration look only at US firms, or also at imports? Is the measure of industry concentration looking at market share across the entire country, or at market shares within certain regions: for example, if there are only three or four big supermarkets chains near where I live, it’s may not matter much for practical competition that there are also completely different big supermarket chains in other regions.

The economic field of industrial organization spends a substantial chunk of its mental energy trying to think through alternative measures of concentration in a variety of contexts. Here, I want to make a simpler point. If there is a large and widespread increase in industry concentration in the US economy, it should presumably show up even in a relatively crude measure like the four-firm concentration index.

Every five years the US Census Bureau does an “economic census,” which is a census of firms in the economy. The most recent economic census was done in 2017, and the results are being released over time as they are tabulated. In December 2020, detailed data on four-firm concentration ratios by industry was released. Robert D. Atkinson and Filipe Lage de Sousa summarize the results in “No, Monopoly Has Not Grown” (Information Technology & Innovation Foundation, often known as ITIF, June 7, 2021)

Obviously, when looking at the extent of competition in an industry, it makes sense to look at the greatest possible level of detail. Not all two-digit manufacturing firms will compete against each other. But “Small Appliance Manufacturing” firms are likely to have similar product line–or the ability to shift easily into similar product lines when it seems profitable to do so. The NAICS divides the US economy into 850 six-digit categories. Thus, a logical question when asking about industry concentration is to look at the extent of concentration and shifts in concentration across these 850 categories.

Here’s the overall breakdown from the ITIF report on level of concentration in 2017 as measured by the four-firm ratio: 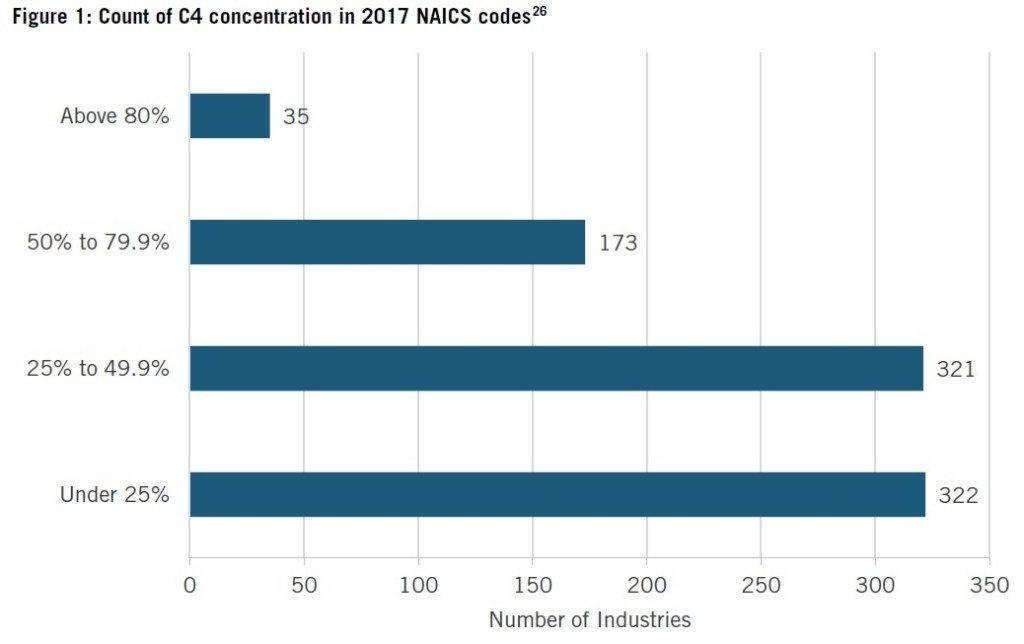 One can then compare this level of concentration with the level found in the 2002 Economic Census. Here’s are some results of such a comparison from the ITIF report:

I am of course aware that the message of this report runs counter to a wave of claims that there has been a large wave of increased concentration of industry in the United States. But as I have pointed out in the past, these claims about a a meaningful overall increase in industry concentration have been open to question. When you look more closely, it often turns out that the increase in concentration is that the share of the biggest four firms as measured at the six-digit NAICS level rose from, say, 20% to 25%, which is not likely to bring about a meaningful decrease in the extent of competition.

Pointing out specific concerns about lack of competition in certain industries or the growth of certain firms–say, antitrust issues raised by some of the big tech companies–does not prove that there has been an overall decrease in competition for the economy as a whole. The overall lesson here, perhaps, is to focus attention on specific companies and industries that raise concerns about lack of competition, but to be quite cautious about overall claims that competition has increased more broadly in all sectors.