Some Economics of Diapers

Some Economics of Diapers 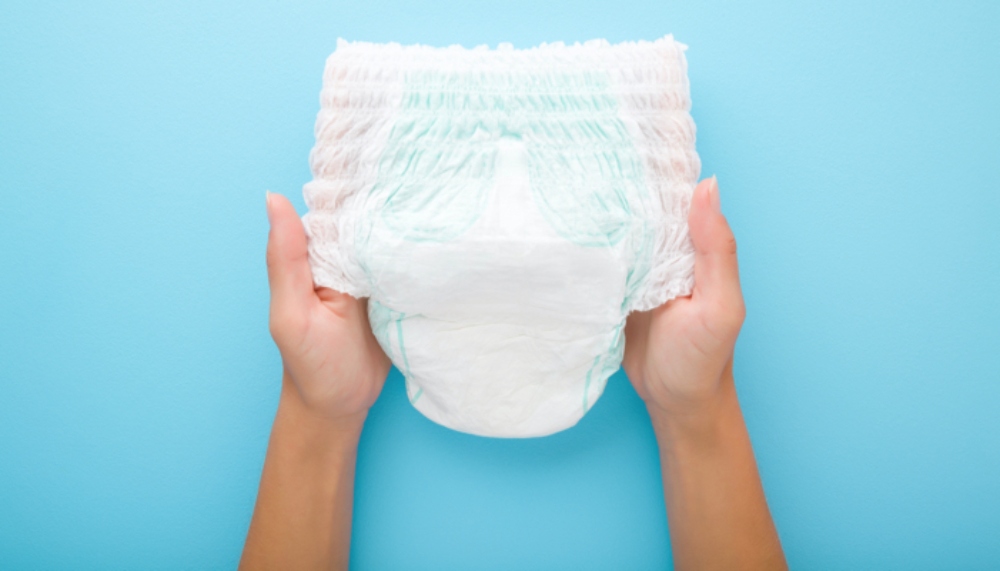 I remember family holidays when our children were little, where the first step was to grab a large suitcase and start packing in the diapers.

But for a number of low-income US families, affording the diapers is a challenge to their limited resources. Jennifer Randles discusses “Fixing a Leaky U.S. Social Safety Net: Diapers, Policy, and Low-Income Families” (RSF: The Russell Sage Foundation Journal of the Social Sciences, August 2022, 8:5, 166-183). She writes (citations omitted):

Diaper need—lacking enough diapers to keep an infant dry, comfortable, and healthy—affects one in three mothers in the United States, where almost half of infants and toddlers live in low-income families. Diaper need … exacerbates food insecurity, can cause parents to miss work or school, and is predictive of maternal depression and anxiety. When associated with infrequent diaper changes, it can lead to diaper dermatitis (rash) and urinary tract and skin infections.

Infants in the United States will typically use more than six thousand diapers, costing at least $1,500, before they are toilet trained . Cloth diapers are not a viable alternative for most low-income parents given high start-up and cleaning costs and childcare requirements for disposables. Many low-income parents must therefore devise coping strategies, such as asking family or friends for diapers or diaper money; leaving children in used diapers for longer; and diapering children in clothes and towels.

Low-income parents also turn to diaper banks, which collect donations and purchase bulk inventory for distribution to those in need and usually provide a supplemental supply of twenty to fifty diapers per child per month. In 2016, the nation’s more than three hundred diaper banks distributed fifty-two million diapers to more than 277,000 children, meeting only 4 percent of the estimated need. Many of those who seek diaper assistance live in households with employed adults who have missed work because of diaper need. …

As a highly visible and costly item that must be procured frequently according to norms of proper parenting, diapers are part of negotiations about paternal responsibility and access to children. Unemployed nonresidential fathers give more in-kind support, such as diapers, than formal child support; the provision of diapers can be a form of or precursor to greater father involvement, especially among fathers who are disconnected from the labor market and adopt nonfinancial ideas of provisioning.

As Randles points out, some existing aid programs for poor families, like the Special Supplemental Nutrition Program for Women, Infants, and Children (WIC) or food stamps, explicitly don’t cover diapers. She writes: “/The $75 average monthly diaper bill for one infant would alone account for 8 to 40 percent of the average state TANF [Temporary Assistance to Needy Families] benefit.” In addition, “[s]ince the onset of the COVID-19 pandemic, disposable diaper costs have increased 10 percent due to higher demand and input material costs, supply-chain disruptions, and shipping cost surges.”

Diapers are taken for granted as parents’ responsibility, but politically deemed a discretionary expense. This is misaligned with how mothers understood their infants’ specific basic needs, which for most came down to milk and diapers. Food stamps and WIC offered support for one. No comparable acknowledgment or assistance for the other meant that mothers struggled even more to access a necessity policy did not officially recognize their children have.

Several bills have been introduced in Congress in the last few years to provide diaper-focused assistance, but apparently none has made it out of committee. There are a number of state-level programs as well. Some are linked to what level of sales tax is imposed on diapers. Some seek to build up the supply at diaper banks. As another example, California gives voucher for diapers to TANF recipients who have children under the age of three.