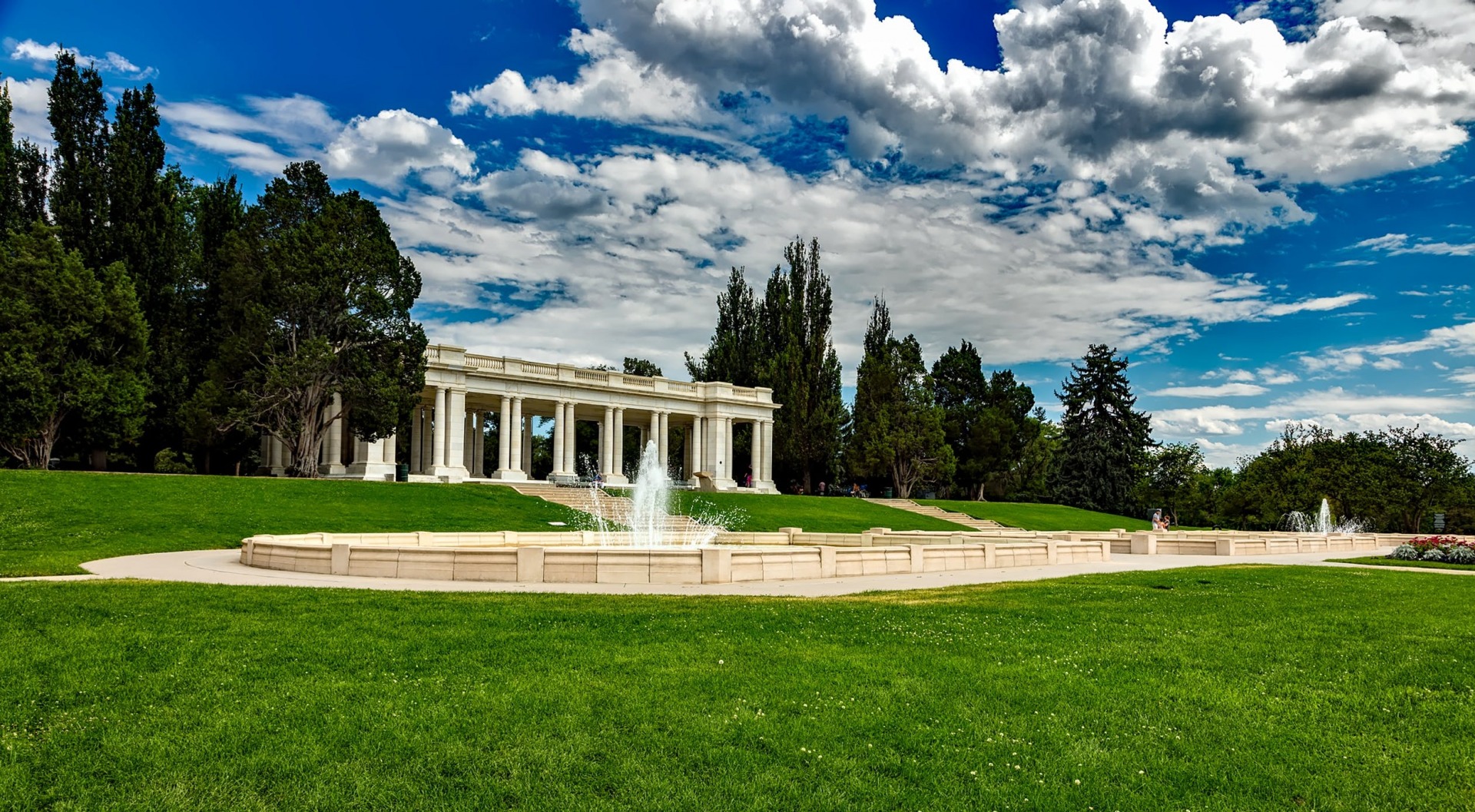 After each decennial Census, the US Census Bureau calculates the “center of population” for the United States, that is, if we averaged the geographic location of all US citizens, what would the average location be? 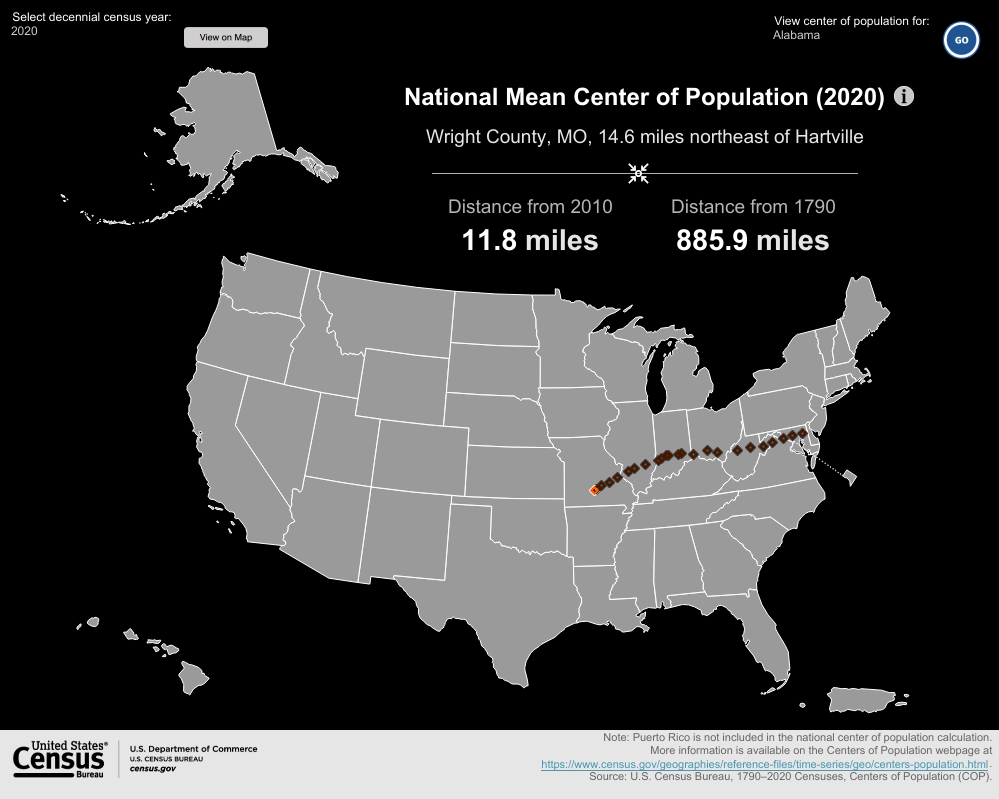 Here’s a more detailed map from the Census Bureau, with some relevant population local events from US history duly noted. 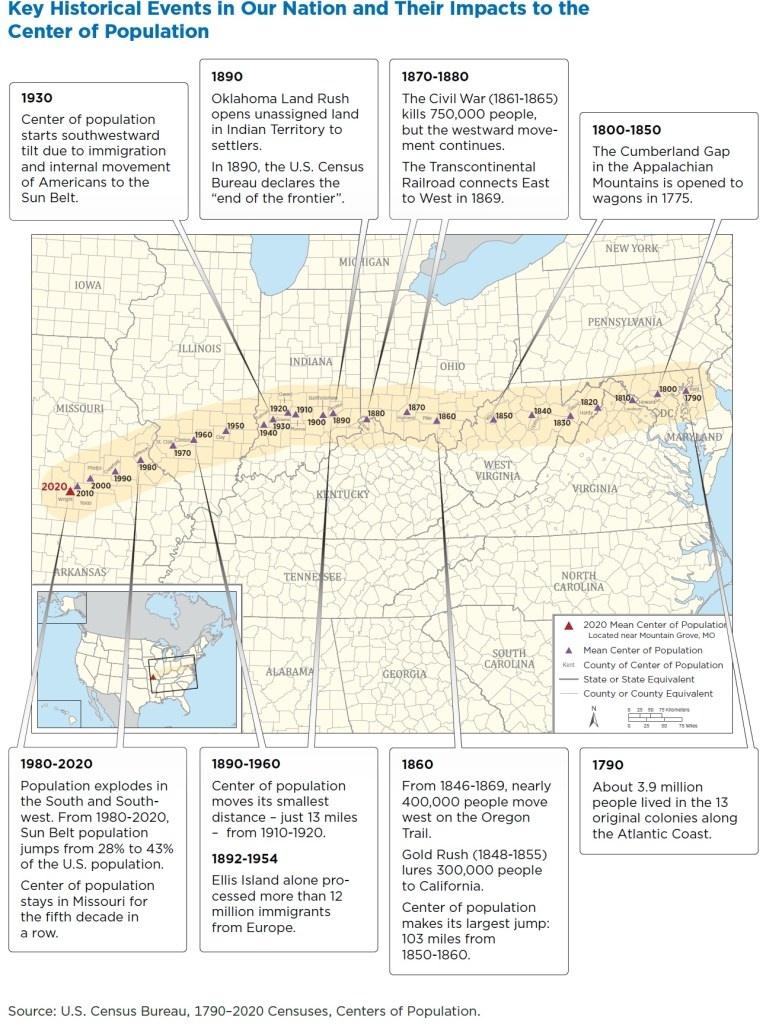