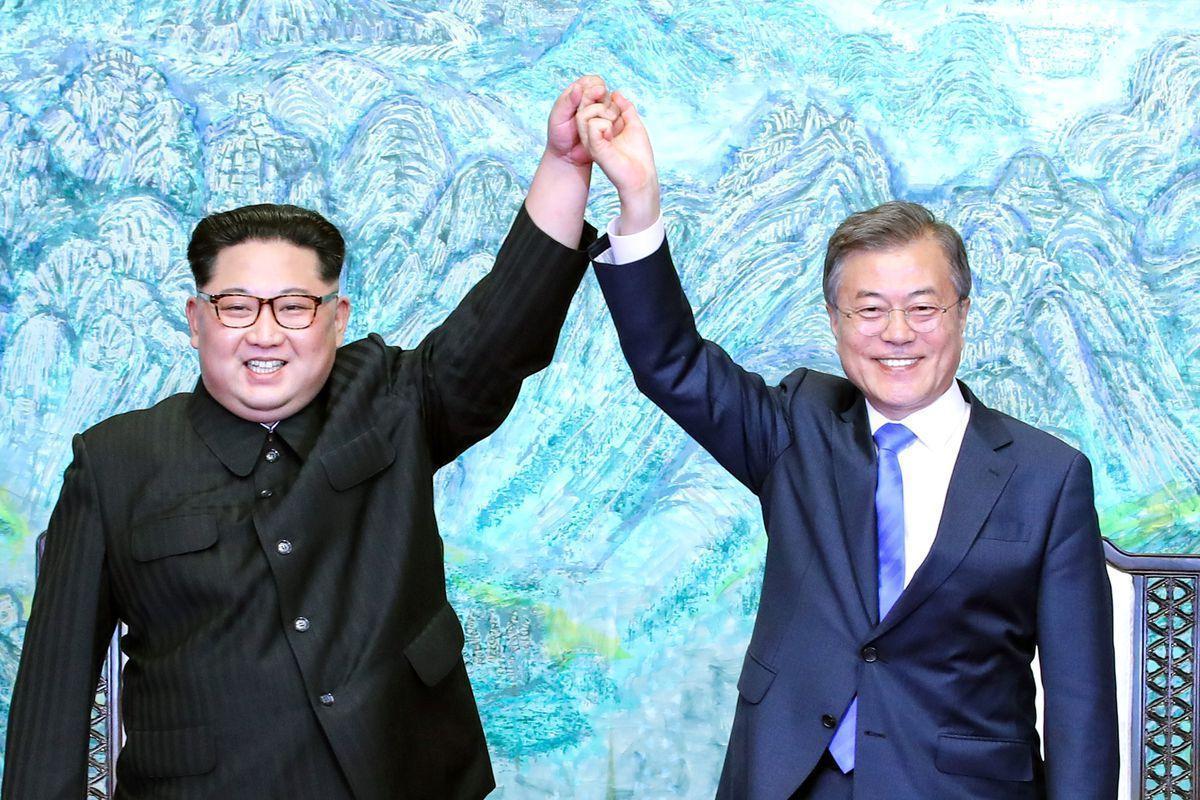 A couple of weeks ago, the unthinkable has been taking place. Not nuclear devastation, but rather the precise opposite.

North Korea has announced that they are considering denuclearization without conditions, such as withdrawal of U.S. forces from South Korea, that were previously a persistent barrier to any potential talks.

South Korea and North Korea have even re-established the hotline between the two capitals, dormant since 2016 when North Korea’s current series of nuclear tests began.

With CIA Director Mike Pompeo having apparently already met North Korean leader Kim Jung-un and President Trump potentially set to in the future, we could be seeing what is a remarkable change in relations on the Korean peninsula.

On the other hand, we could also be seeing more of the same.

A country giving up its nuclear weapons is rare, but not unheard of. South Africa dismantled its nuclear arsenal in the early 1990’s. Ukraine, Kazakhstan, and Belarus each disarmed as well in the wake of the Soviet Union’s dissolution.

These instances were the result of the economic, diplomatic, and military benefits far outweighing the seeming security reduction in abandoning a direct nuclear deterrent. For example, Ukraine only did so in exchange for international treaties protecting its borders and security.

With North Korea, similar has been tried for decades with little progress. In fact, denuclearization talks since the 1990’s have often featured a predictable dance of North Korean openness to halting its nuclear program, demanding concessions, often in the form of economic aid and particularly food.

After the concessions are received, North Korea then abandons the talks and goes back to developing its programs until the next time it seeks international assistance once again and initiates such talks.

The difficulty with North Korea remains the fact that they see their nuclear deterrent as essential in preserving a regime facing increasing international hostility, even from long-time allies such as China.

It could be argued that North Korea retains a significant deterrent in its long-time ability to devastate the South Korean capital of Seoul with its artillery, which could result in millions of casualties.

Nonetheless, artillery remains far more localized than ballistic missiles, and can be neutralized by air, missiles, other artillery, or more. Furthermore, South Korea has been increasingly developing mechanisms to detect North Korean artillery being moved into range, increasing the possibility of evacuation or sheltering in time.

Artillery is also increasingly able to be potentially intercepted by anti-projectile defenses. As Israel’s successful Iron Dome defense system has shown, projectile-based artillery is increasingly becoming less of a threat, as Israel has reduced successful surface-launched missile attacks almost entirely against its territory.

All this essentially means that the realpolitik of North Korea giving up its nuclear program remains tenuous at best. It is worthwhile to attempt to put a diplomatic resolution to the problem, as the continuation of current trends means only a much worse and less resolvable crisis in the future – and one that could potentially cost millions of lives.

Even if talks are successful and North Korea gives up its nuclear weapons, deactivates its programs, and ends its tests, the Korean peninsula’s issues will not be fully resolved.

North Korea remains a horrific Orwellian totalitarian dictatorship, starving, torturing, and brutalizing its people mentally and physically on a daily basis. From a series of brutal labor camps to constant surveillance, from a meager GDP per capita of $1,800 while its top few rulers live in luxury, North Korea’s diplomatic normalization would be complex, both from a policy and moral standpoint.

That’s not to say countries have moved in such a direction before. The People’s Republic of China, while still a Communist-run nation, since the 1980’s has moved far away from the horrors of Maoist China, from which terrors such as the Cultural Revolution and the Great Leap Forward are remembered in perpetuity for their almost unfathomable evil.

How the North Korean situation eventually resolves itself, whether by the regime’s own evolution, international action, or internal revolution, remains uncertain and distant. It would benefit world security were North Korea to denuclearize, but it won’t be even close to the end of the problems that have plagued the Korean peninsula for now almost 75 years.

View all
The Double-Edge of Total Connectivity: Keep Customers and Keep Delivering Convenience
Using Virtual Reality for Remote Worker Training & Collaboration
A Global Strategy for the Post Pandemic World: AI for Everybody and Everything (AI4EE)
Benefits of B2B eCommerce Platform and ERP System Integration
Psychological Safety - Fad or Fundamental?
Why Looking After Your ‘A-Players’ Has Never Been More Important
Sustainable Fashion: Recycling Challenges in The Textile Industry
Is The Internet of Things Making Way For Smart Agriculture?
Clean Energy and Pro-Mining
Lithium for Car Batteries: A Demand Shock Example
Sustainability Reporting Is Not A Proxy For Progress
Nitrous Oxide, Agriculture, and Climate Change
The Pros and Cons of Using Bitcoin for Payments
Will Blockchain Finally Deliver as Promised or Will it Be Just Another Overhyped Technology?
How ATL Airport Parking is Cheaper Than a Taxi Ride
4 Changes FP&A Teams Need to Make Now to Future Proof Forecasting
The Easiest and Simplest Guide to Understand Tax Deducted at Source (TDS)
Bitcoin is Just the Beginning: The Valuable Potential of Blockchain Technology
Interview: Amartya Sen on a Bicycle
From Pandemic to Digitalization to Productivity?
The G-7’s Reckless Commitment To Mounting Debt
The Social Nature of Government Actions
How to Improve College Completion Rates: The Time Commitment Problem
Some Economics of Preventive Health Care
Political Economy of the Pandemic Response
Queen Elizabeth II Marks 95th Birthday in Private
Covid-19 and Fake News: Exponential Rise of Conspiracy Theories and How to Prevent Misinformation
UK Budget 2021: Corporate Tax Rise, VAT Cut for Hard Hit Sectors Extended & Income Tax Thresholds Frozen
What If George Washington Lied?
Judges and Ideology
Making Sense of Data Features
Driving The Next Generation of Artificial Intelligence (AI)
Public Health and Drama: The Dose Makes the Poison
Can AI Replace Doctors? Discover 5 Artificial Intelligence Applications in Healthcare
Towards Broad Artificial Intelligence (AI) & The Edge in 2021
Do Math Geeks or Linguists Make for Better Programmers?
The Best Designer Radiators for Bathrooms
UI/UX Visual Designer Liakou Cites Steve Jobs & the Power of Design
7 Reasons Why the Gig Economy is the Way of the Future for Every Business
Science of Learning: Reflecting On Learning Styles
What You Say When You Talk with Your Hands
UFOlogist Zoller Reports that Israel’s Prof. Eshed says Alien Contact has been Made
Ransomware Explained - Increasing Costs and Impact
5 Tips for Investors Interested In Tech Startups
Website Redesign: 6 Signs It's Time to Update Your Old Website
5 Awesome Website Builders to Develop Optimized Business Websites
The Next Big Thing in Technology: Causal/Real AI (RAI) as Leibniz's Superscientist or Laplace's Demon
How to Create an Artificial Intelligence General Technology Platform