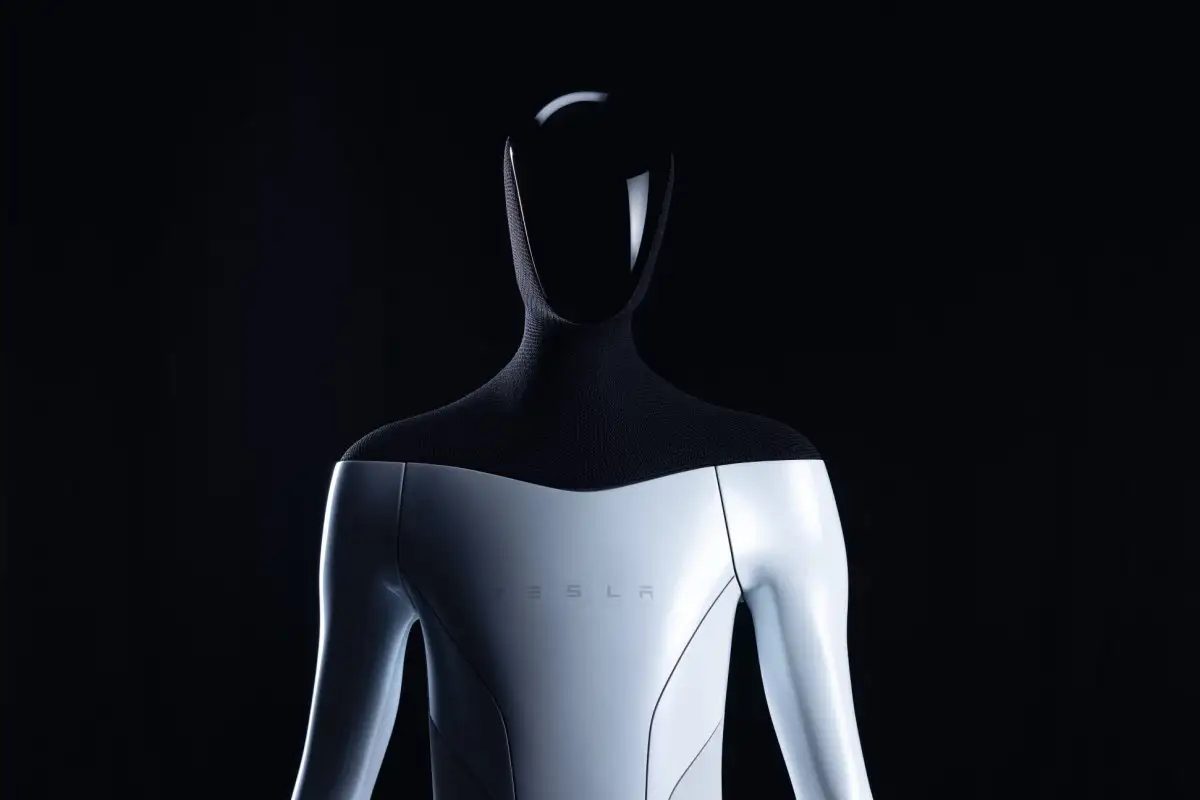 Elon Musk is eager to unveil Optimus, the humanoid robot where people can download their personality.

The Tesla CEO is decades ahead of the rest of the world.

Elon Musk's experiments with artificial Intelligence (AI) just took a wild turn that leaves us puzzled, to day the least. Last year, he had previously presented the Tesla Bot.

A humanoid-shaped robot with capabilities that came from his car technology company. He promised to deliver the first actual prototype before the end of 2022 and begin production on a moderate number of models for sale in 2023. But what shocked us even more is Optimus, a perfected humanoid robot that will have the capabilities to have the personality of its owner.

A humanoid robot is a robot resembling the human body in shape. The design may be for functional purposes, such as interacting with human tools and environments, for experimental purposes, such as the study of bipedal locomotion, or for other purposes.

If you buy one of these humanoid robots, you will be able to download many of your traits to it and make it behave like you do. Sounds creepy but that's where technology has gotten us thus far.

Humanoid robots are happening. The rate of advancement of AI is very rapid. Optimus is a general purpose, sort of worker-droid. The initial role must be in work that is repetitive, boring, or dangerous. Basically, work that people don't want to do. We could download the things that we believe make ourselves so unique. Now, of course, if you're not in that body anymore, that is definitely going to be a difference, but as far as preserving our memories, our personality, I think we could do that. Humanity has designed the world to interact with a bipedal humanoid with two arms and ten fingers. So if you want to have a robot fit in and be able to do things that humans can do, it must be approximately the same size and shape and capability.

Elon Musk during an interview with Business Insider

Although Optimus still seems like a project for the future, the Tesla Bots are hitting the market in 2023.

Knowing how quickly Elon Musk tends to grill his workers, we completely believe in his time frames for delivery. At 5-foot-8 and 125 pounds, the Tesla Bot will have similar capabilities to the actual cars. It will basically be a walking computer who will also be able to perform physical activities. In its face there's a screen that will present all the information the owner needs. Physically, they will be capable of deadlifting 150 pounds and carry about 45 pounds. However, they will walk painfully slow at only 5mph. Although these mechanical limitations were put in place on purpose in order to remain unable to harm humans.

The future is here, we only hope it's not a Skynet scenario where robots take over the world.

View all
Why Bad Leaders Fall In Love With Their Title
Build Better Agile Teams – Apply Nonviolent Communication (NVC) Principles
How ‘Single-Threaded Leadership’ Will Turbo-Charge Your Business Growth
The Real Signs Of Midlife Crisis & What To Do About Them As A Leader
Practice Exponential Thinking with the Both/And Principle
What is Livestream Shopping? Examples and Platforms to Use In 2022
How Virtual Reality is Being Used for Renewable Energy Training
Top Simple Ways To Educate Yourself About The Environment
6 Important Ways to Reduce Waste and Improve Safety in Physical Research Laboratories
How Robots Can Provide Safe Munition Recycling in Smart Cities
Useful Ideas On How To Build An Eco-friendly Business
Citizen App Announces Severe Weather Alerts in the United States
What Investments Should You Make in 2022
6 Simple Money Management Tips That Will Help You Save More Money
Understanding The Importance Of Financial Management In Business
Interview with Joel Mokyr: Past and Future Growth
The Advantages of Working With a Property Management Company
UK Inflation Reaches 9%: Is Britain on the Brink of a Recession?
Designing Tax Incentives for Charitable Giving
The Dollar and Euro are on the Verge of Parity for the First Time Since 2022
Global Value Chains and Rethinking Production and Trade
Talking Econometrics
Why Didn’t the US Adopt the Metric System Long Ago?
Policing: What’s the Function?
Finland and Sweden Submit their NATO Applications
Queen Makes Surprise Visit at Paddington Station to See the Elizabeth Line
Big Data in Politics
Prince Charles Delivers Queen's Speech For the First Time in the Parliament
The United Kingdom Cuts Russia Off From Accounting and Management Consultancy Services
Roe v. Wade: Joe Biden Defends Abortion Rights
COVID-19 World vs. Sustainable Smart World: Global AI and Data Solutions
How Does a Truck Engine Work?
Artificial Intelligence in Everyday Life
How Companion Robots Can Assist the Elderly
Dubious Diet Science: On the Perils of Ultraprocessed Food for Thought
What's Fundamentally Wrong With Machine Learning?
The Less You Owe, the More You Live
﻿7 School Cloakroom Storage Solutions
Why Set Up An E-Commerce Platform For Your Small Business?
Why Bad Leaders Fall in Love With Being Friends First
Beard Oil For the Modern-Day Male Grooming
Technology Has Changed Family Board Games - Here’s How
How Hotels and Resorts are Adopting Virtual and Augmented Reality
How Robotics Can Make Oil And Gas Production Safer
Digital Identity Is The Next Big Thing To Reduce Cost To Acquire A Customer (CAC)
Machine Learning Can Detect Fraudulent Insurance Claims
AI Writing: Is It Good or Bad For Digital Writers?
Leveraging AI and Big Data for Psychometric Profiling

How Hotels and Resorts are Adopting Virtual and Augmented Reality
Why Bad Leaders Fall In Love With Their Title
How Robotics Can Make Oil And Gas Production Safer
The Less You Owe, the More You Live
What Investments Should You Make in 2022