Everything You Need to Know About Generative Adversarial Networks

Everything You Need to Know About Generative Adversarial Networks 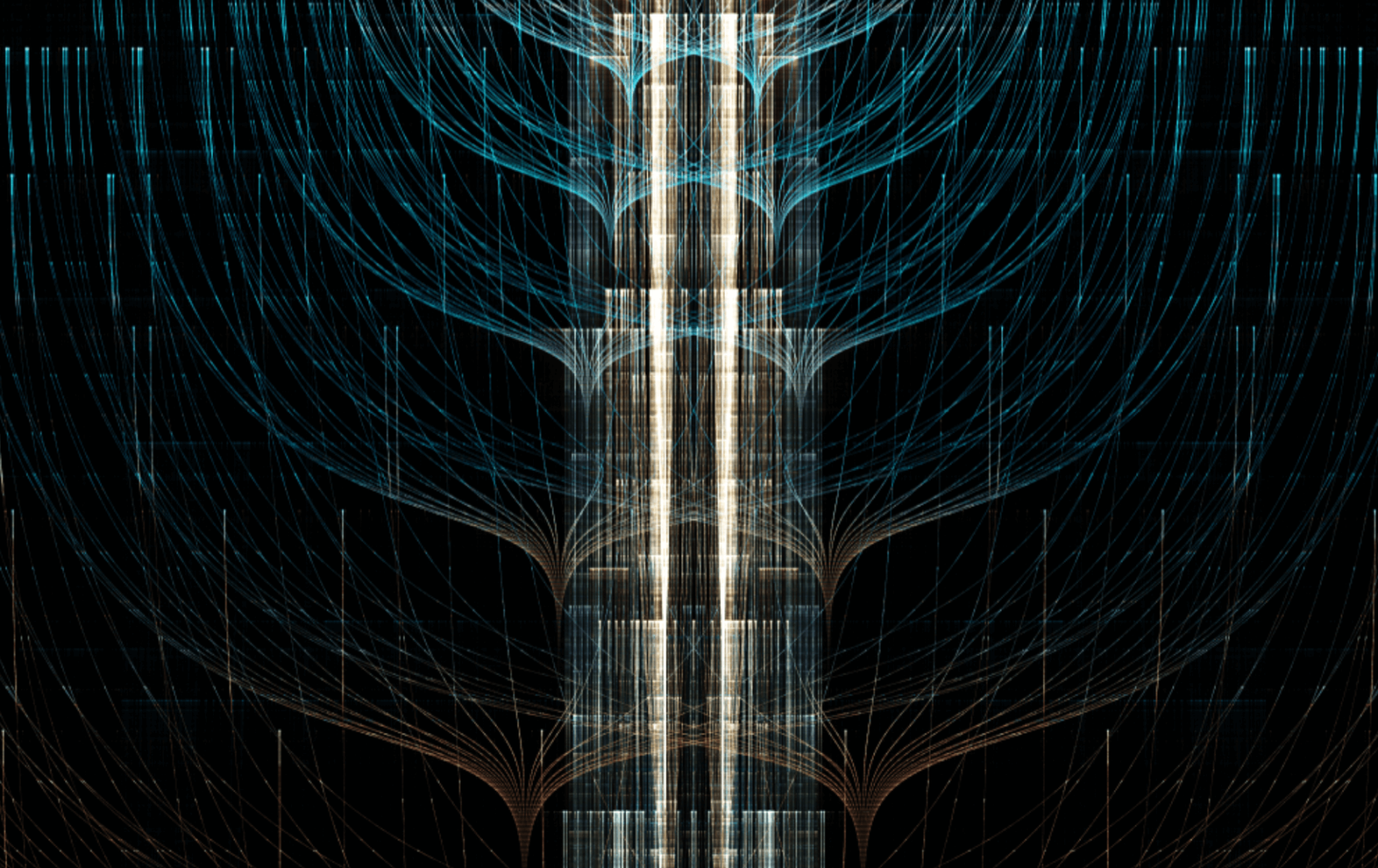 GANs are a type of deep learning model that are used for generating new, previously unseen data that resembles a given training dataset.

Generative adversarial networks have a plethora of applications in industries such as cybersecurity, computer gaming, photography, and many more.

Generative adversarial networks are a type of neural network that can generate new images from a given set of images that are similar to the given dataset, yet individually different. They are composed of two neural network models, a generator and a discriminator. The generator learns to develop new samples, whereas the discriminator learns to differentiate the generated examples from the real ones. These two models work together for training the generative adversarial network to generate and distinguish new plausible samples from the existing dataset. Since generative adversarial networks learn to recognize and distinguish images, they are used in industries where computer vision plays a major role such as photography, image editing, and gaming, and many more. 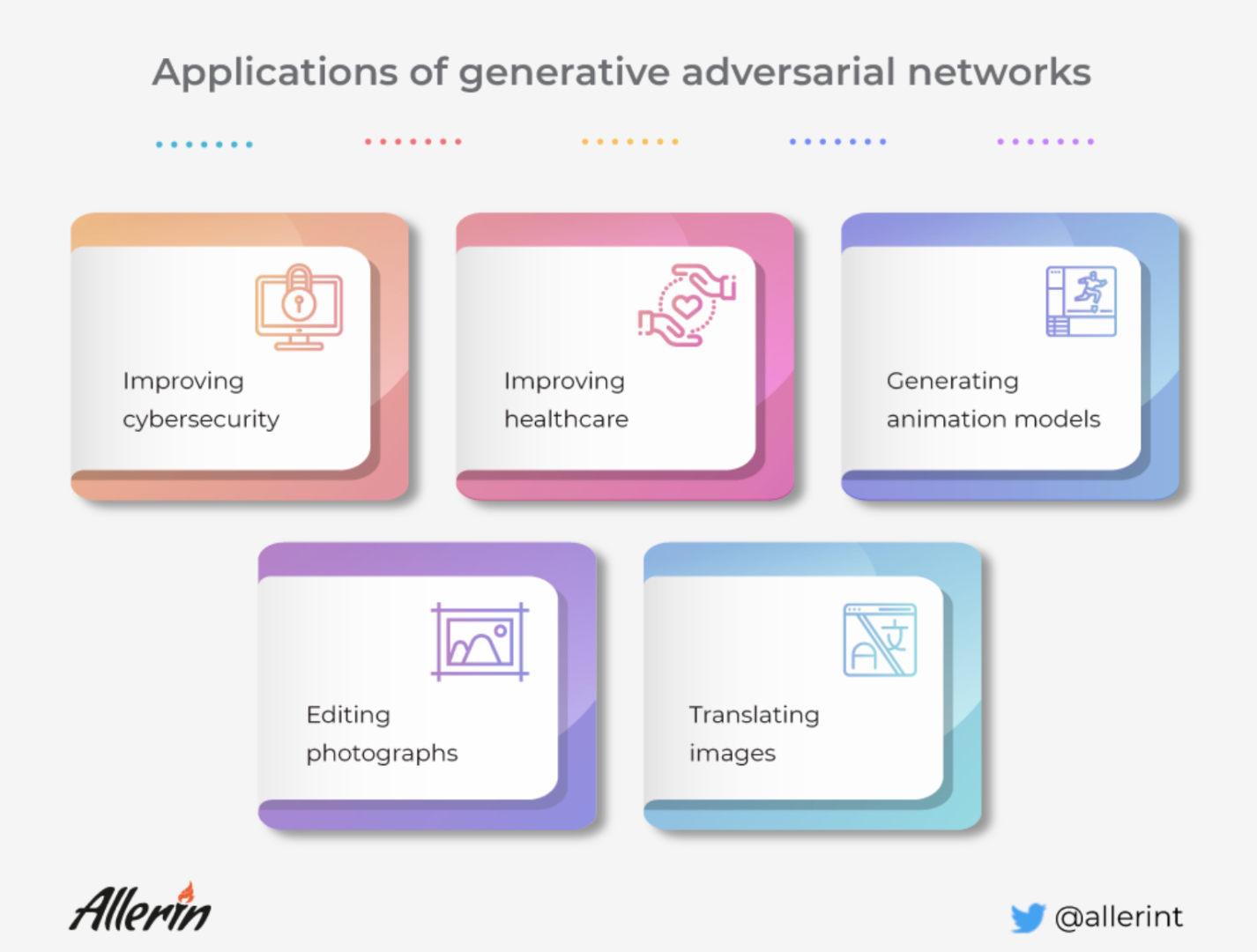 Generative adversarial networks are unsupervised neural networks that train themselves by analyzing the information from a given dataset to create new image samples. Thus, they find applications in industries which rely on computer vision technology such as:

Instances of cyber threats have increased in the last few years. Organizations are adopting advanced security measures to prevent sensitive information from being leaked and misused. Yet, hackers are coming up with new methods to obtain and exploit user data. Criminal activities like blackmailing users to keep their information private, publicly posting data to humiliate people, or tarnishing their images using fake images and videos are on the rise and are a grave concern. More and more data is willingly shared by people, in the form of images and videos, on the internet, and hence become an easy source to be wrongfully used. An adversarial attack is one such method used by hackers. Hackers manipulate images by adding malicious data to them. This tricks the neural network itself and compromises the intended working of the algorithm. This, in turn, can result in unwanted information being disclosed and compromised.

Generative adversarial networks can be trained to identify such instances of fraud. They can be used to make deep learning models more robust. The neural network can be trained to identify any malicious information that might be added to images by hackers. Researchers and analysts create fake examples on purpose and use them to train the neural network. The network improves upon itself as it analyzes multiple images. The Secure Steganography based on generative adversarial network technique is used to analyze and detect malicious encodings that shouldn’t be part of the images.

Another area in the healthcare domain where generative adversarial networks can assist is drug discovery. The networks can be used for generating molecular structures for medicines that can be utilized in targeting and curing diseases. Researchers can train the generator with the existing database to find new compounds that can potentially be used to treat new diseases. The researchers don’t have to manually go through the entire database to search for compounds that can help fight new diseases. The algorithm automatically identifies such compounds and helps reduce the time required for research and development of such drugs.

The video game industry can benefit hugely from generative adversarial networks. Developers and designers will have their work cut short, thanks to GANs. GANs can be used to automatically generate 3D models required in video games, animated movies, or cartoons. The network can create new 3D models based on the existing dataset of 2D images provided. The neural network can analyze the 2D photos to recreate the 3D models of the same in a short period of time. For example, 3D objects such as tables, chairs, cars, and guns can be generated by providing 2D images of these objects to the neural network. This will significantly help animators save time and utilize their time elsewhere for other important tasks.

Another cool application of the generative adversarial network is creating emojis from human photographs. The neural network analyzes facial features to create a cartoonish version of individuals. Major technology companies such as Apple have leveraged the technology to generate custom emojis similar to an individual’s facial features.

Additionally, GANs can be used to enhance images to make them more appealing and informative. Certain details can be removed from the image to make it more detailed. For example, He Zang et al., in their paper titled, “Image De-raining Using a Conditional Generative Adversarial Network” used generative adversarial networks to remove rain and snow from photographs.

Jun-Yan Zhu introduced CycleGAN and other image translation examples such as translating horse from zebra, translating photographs to artistic style paintings, and translating a photograph from summer to winter, in their 2017 paper titled, “Unpaired Image-to-Image Translation using Cycle-Consistent Adversarial Networks.”

Semantic image-to-photo translations: Conditional GANs can be used to create a realistic image from a given semantic sketch as input. Some examples include; cityscape, apartments, human face, scenic environments, and vehicles whose photorealistic translations can be generated with the semantic input provided. For example, Ting-Chun Wang et al., in their 2017 paper titled “High-Resolution Image Synthesis and Semantic Manipulation with Conditional GANs,” demonstrated the use of conditional GANs for semantic image-to-photo translations.