Is a Cambrian Explosion Coming for Robotics in the Pandemic Era?

Is a Cambrian Explosion Coming for Robotics in the Pandemic Era? 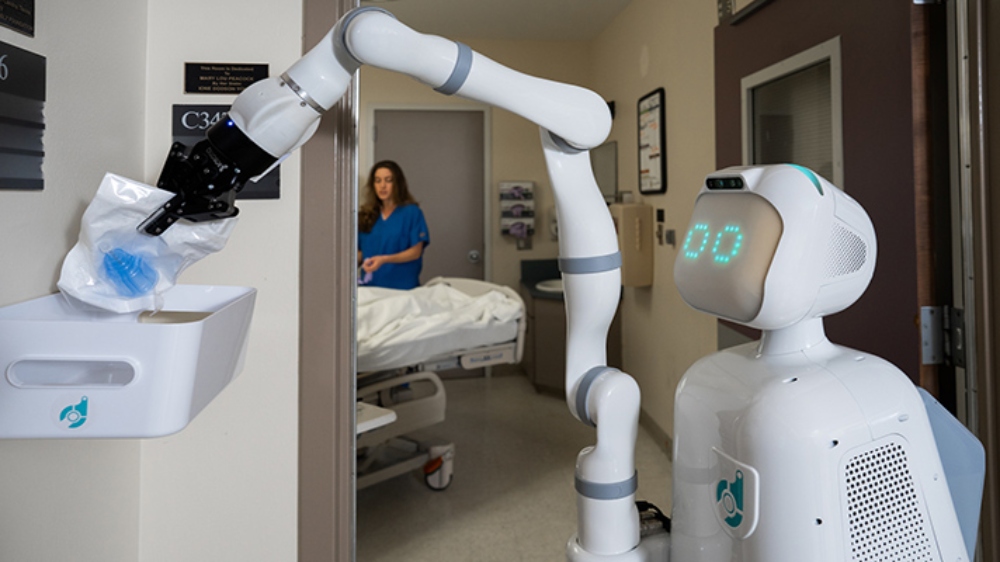 Robots are continuously proving their worth in hospitals, offices, schools and on city streets.

During the peak of the pandemic, several robots are monitoring patients, sanitizing hospitals, making deliveries, and helping frontline medical workers reduce their exposure to the virus. Not all robots operate autonomously—many, in fact, require direct human supervision, and most are limited to simple, repetitive tasks. But robot makers say the experience they've gained during this trial-by-fire deployment will make their future machines smarter and more capable.

About half a billion years ago, there occurred a rapid diversification of Earth’s animal life in what is called the ‘Cambrian Evolution.” This evolution led to major changes in the animal life resulting in the evolution of vision, improved hunting skills, and the ability to find mates. It is believed by scientists that the atmosphere reached a threshold level, where it contained enough oxygen to create more energized life forms, hence resulting in the Cambrian explosion. With growth and revolution in AI and robotics technology, there are chances that we may experience a similar explosion of diversifications and applications of robotics. Gill A. Pratt suggested that the ‘Cambrian Explosion of robotics is approaching.’ He further stated that the base hardware technologies which are essential for operations such as computing, data storage, and communication have been improving, resulting in considerable growth in robotics. Additionally, two new technologies, Cloud Robotics and Deep Learning could be leveraged to enhance these base technologies and achieve an entirely new level of advancement. This highlights the technology might reach a threshold level, where robots will be more smart and affordable, which might result in the Cambrian evolution of robots. 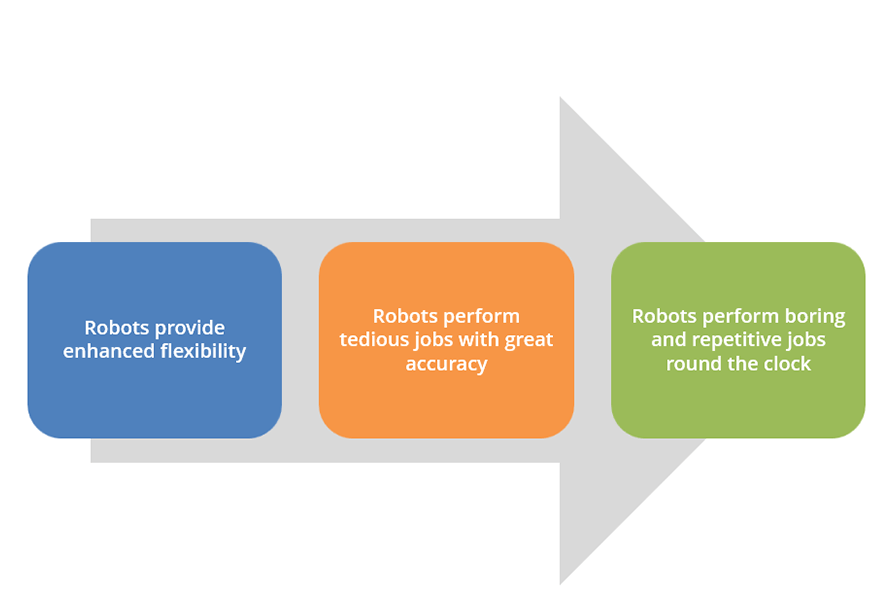 How Robots are Helping Humans

Robots eliminate dangerous jobs for humans because they are capable of working in hazardous environments. They can handle lifting heavy loads, toxic substances and repetitive tasks. This has helped companies to prevent many accidents, also saving time and money. Robots have already entered our lives resulting in path-breaking advancements and assisting humans in various sectors including automobile, military, space, transportation, medical, and many more. With the advancements, robots are made more friendly, intelligent, and most importantly affordable to organizations and end users. Robots have found their jobs in most of the sectors. The major benefit of robots, offered to humans, is to perform a variety of jobs which are tedious or even impossible for humans to think about. Moreover, robots can work 24/7, without human errors, and provide perfection in jobs. Robots can lift heavy loads and toxic substances, helping organizations save their money and time. The medical field has seen greatest advancements, where tedious surgeries are carried by robots, helping with great accuracy. Furthermore, the Cambrian evolution of robots will undoubtedly snitch human jobs, leading to unemployment and less value for the economy. Highly talented people will be paid more, whereas common people will be less paid since their jobs will be undertaken by robots. Humans will hire their robots, and enjoy their leisure time. This might create more laziness amongst people, and increase their health issues.

Are We Nearing a Cambrian Explosion of Robots?

Pratt suggested that the ever-increasing growth in data storage, computation power, electronic power efficiency, and other technological growth will result in the Cambrian explosion of robots. He further indicated that the exact time when this explosion will occur is difficult to mention. The Cambrian explosion of robots will result in sudden changes that we haven’t experienced before, impacting our future lifestyles in significant ways.