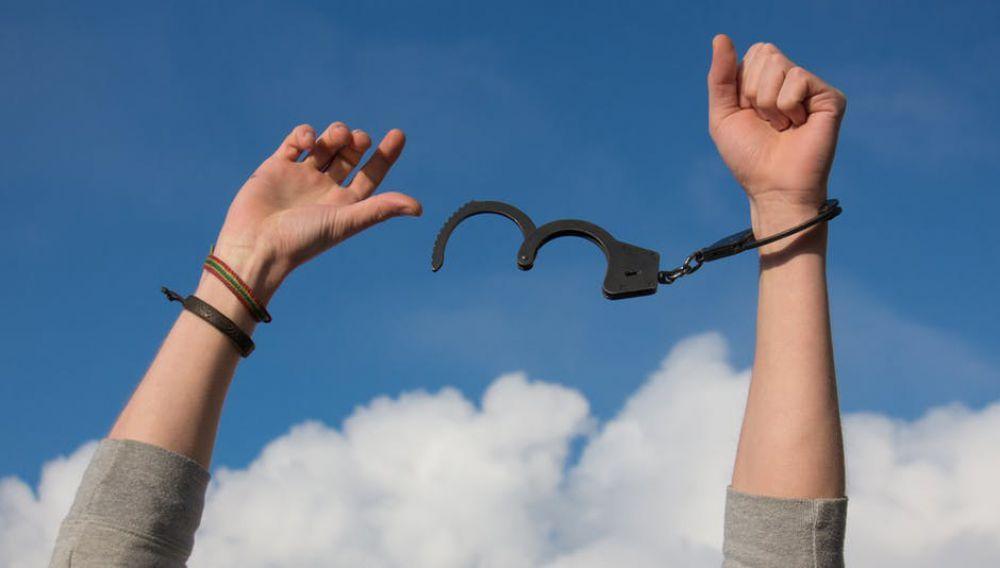 I find my frustration and distress rising daily as I read about ever more cases of sexual harassment. I presume I am in the expansive company of ethical people in general, fellow parents of sons and daughters alike. Perhaps as a preventive medicine specialist accustomed to looking for patterns of human vulnerability and finding means of preventing the next crisis before it recurs, the endless cycle of revelation and reactive repugnance is particularly intolerable (quite like the cycle of futile thoughts and prayers that follows each episode of mass casualty carnage). 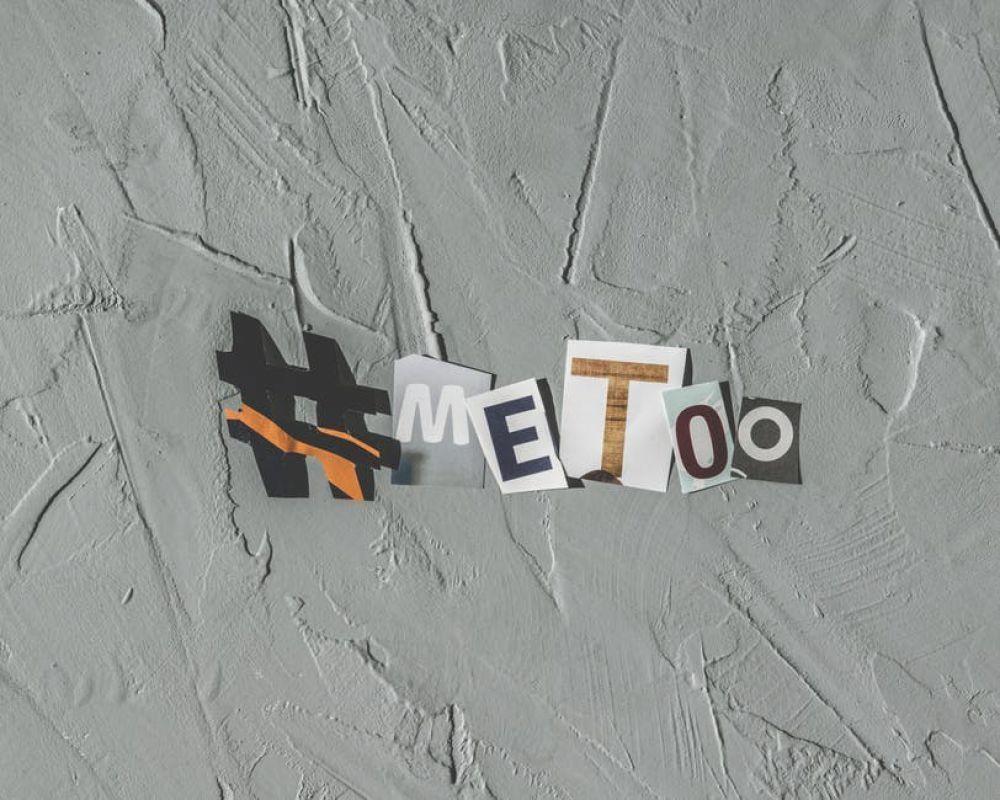 Clearly, it is past time to ask and answer: why? Not just why in each particular case of interactive happenstance or character flaw, but why in the more general case. Even if sexual harassment is about a great many individual men (mostly men) behaving badly, why have we parents raised so many deeply flawed sons? We might, then, look for a generalized flaw in parenting, but I suggest we probe a layer deeper still. Why might sexual harassment of the sort we are seeing routinely be a native tendency we must actively expunge?

The answer there, I believe, is evolutionary biology and natural selection- routinely at the bedrock of reasons for the otherwise inscrutable. To make the case while sidestepping the risk of winces, let’s talk about genes, and species other than our own.

In The Selfish Gene, Richard Dawkins first famously made the case that as the units of replication, genes compete for their own survival. We may spare ourselves all of the recondite details that invite some debate among biologists to this day. The basic principle is clear enough and indisputable: the genes residing in organisms (creatures) that are good at surviving and mating are much more likely to be passed along than genes in creatures good at neither. But since genes are where the aptitudes, attitudes, and physical attributes that confer success at survival and mating originate, the relationship is bidirectional. The right genes reward creatures with success in the currency of survival; successful creatures pass those very genes along to their numerous (in absolute or relative terms) offspring.

The result is clear: the genes responsible for whatever behaviors favor gene propagation come to prevail in the population.

How does this play out in familiar creatures? Much as anyone who has ever watched nature programming knows. In many species, the most physically powerful males compete with one another for mating rights, while comparatively demure but carefully selective females await the outcome. In some cases, the females are left with little choice once the battles declare the male victor or victors. So it is with lions, elephant seals, and elk. Among many mammals, expressions of male strength and the right to mate are directly conjoined.

The biological advantage is not limited in such situations to the males, or their genes. The females who get to “choose” the strongest males as mates derive the protection that confers, and pass on those very genes for strength to their male offspring. The genes of the females in this scenario are rewarded with survival across generations, too.

There is, however, as implied, an inherent inequity built into biology. Because female mammals bear the burden of reproduction so disproportionately to males, males are able to propagate their successful genes far more efficiently. The success and survival of genes even in females, therefore, is numerically tethered most to the fate of their sons.

Much the same patterns prevail among our closest cousins, the chimpanzees- although interestingly, not among our next closest cousins the bonobos, or pygmy chimps. Chimps are patriarchal, and the strongest males claim the most females as their mates, and pass on genes most copiously. The females do have choices, however, although they tend to be limited to the select males of dominant rank.

There is a distinct differential between male and female chimps in size and strength, as there is in humans; the males on average are considerably larger and stronger. In nature, red in tooth and claw, strength is not figurative; it is literal. Power suits and ties are not required- just actual power.

The bonobos, more matriarchal and substantially egalitarian, do not display a meaningful sex differential in size and strength. Which of these is cause, and which effect over many generations, I defer to those more expert in the matter than I.

But we- and yes, we must at some point talk about ourselves- are more like chimps than bonobos. Males are larger and stronger in general. And that male strength- both literal and through the only slightly figurative channel of authority- leads to mating advantages is an established matter of history. We know that many potentates kept harems, somewhat analogous to those of the dominant elephant seals we have likely viewed with a common blend of fascination and revulsion. We are told that roughly one of every 200 men alive today has genes traceable back to Genghis Khan. Genghis, clearly, was large and in charge -of mating rights, along with much else- nor was he the only one to exploit power accordingly.

Perhaps the most frequently quoted, or more often misquoted, of Albert Einstein’s profound insights on many topics is this: we cannot solve our problems with the thinking that created them. We had already thought to punish sexual predation whenever it was outed, even as we were creating this society where the problem is clearly now hyperendemic. Whatever thinking we have applied to date has created this situation where our sons or ourselves are routinely the perpetrators, our daughters or ourselves routinely the victims.

So I am thinking something about our thinking must change. The change I recommend, from the perspective of prevention, is to consider biology and understand ourselves a layer lower than effect, and closer to causes. I contend we must understand ourselves to overcome common tendencies we might prefer not to acknowledge. When bad behavior seems something nearer to norm than exception, we must cultivate the active capacity to adopt an alternative.

Our daughters could be forgiven for failing to connect the modern manifestations of power- position, influence, affluence, attire - to anything remotely like “mating rights.” But deep in the biology of those men, that connection resides in the surviving genes of past survivors. So our daughters should, as a routine matter of customary education, be taught of this. They should be forewarned to be forearmed, and prepared to say at the earliest provocation: let’s be clear, your power in this scenario does NOT equate to mating rights. May that assertion be a jarring reality check for every man who hears it.

The greater job, however, resides in the education of our sons. We must civilize them. We cannot allow them to feign the gentleman, not knowing how to be gentle men.

They, too, must be taught about the impulses hard-wired into their winning genes. They are here, as are we all, due in part to the presumptions and sexual prerogatives of “power” expressed over eons. Our sons must understand the linkages between power, opportunity, and the temptations of impropriety- in order to renounce them. True knowledge of ourselves is where power over ourselves begins.

Power may mean mating rights for other mammals, but we cannot be ethical and civilized and primitively brutal, too. We can yield to the callous imperatives of biology, or understand them to overcome them and rule our own behavior. In casting my vote for the latter, I trust I am in good and abundant company.

There may be idiosyncratic explanations for any given case of sexual harassment, but the explanation for the appalling prevalence and redundancy of the crisis is evolutionary biology. In the realm of effects, we will have ever more culprits to evoke our contempt, ever more victims to garner our sympathies. Only by confronting causes, and understanding this epidemic at its origins in our primitive selves, may we choose to evolve past a pernicious status quo.