NASA Spacecraft Enters Sun’s Atmosphere For The First Time Ever

NASA Spacecraft Enters Sun’s Atmosphere For The First Time Ever 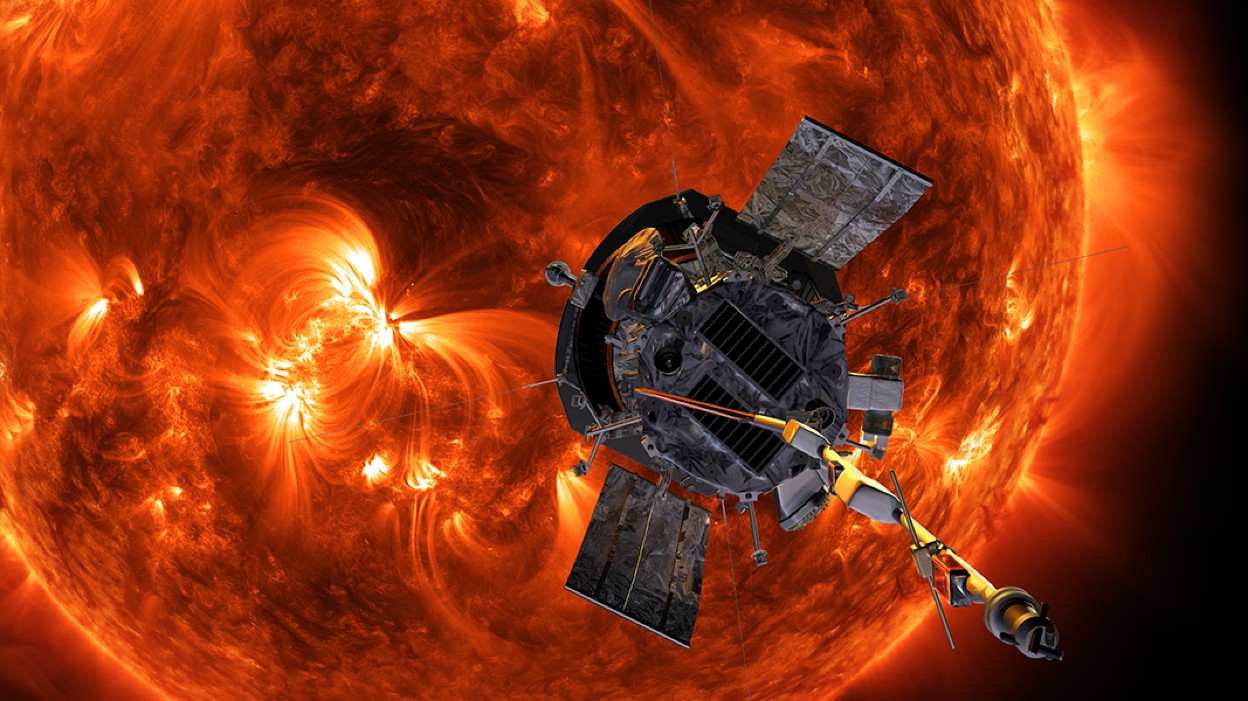 Nasa's Parker Solar Probe flew into and through the solar corona, the sun's outer atmosphere for the first time in history.

The Parker Solar Probe has passed through a boundary and into the Sun’s atmosphere, gathering data that will help scientists better understand stars.

It is one of the most extreme journeys a spacecraft has ever endured, coping with extreme radiation and temperatures close to the melting point of steel.

The probe flew through the atmosphere at more than 500,000 km/h (320,000 mph), withstanding enormous temperatures thanks to its carbon composite coating. The Parker Solar Probe will pass close by the Sun 24 times, looping ever closer to its surface. Credit: NASA/Johns Hopkins APL

A NASA spacecraft officially “touches” the Sun’s atmosphere, diving through the corona, the undiscovered solar atmosphere.

This is a huge milestone.

Although the flight through the solar corona took place in April, it has taken several months for the data the probe captured to be sent back to the Earth.

Some researchers had speculated that the boundary would be rather ‘fuzzy’, but it was instead somewhat sharp and wrinkly.

The spacecraft sampled particles and magnetic fields there During its seventh close encounter with the sun, the Parker solar probe sailed through the corona.

It's really exciting to see our advanced technologies succeed in taking Parker Solar Probe closer to the sun than we've ever been, and to be able to return such amazing science.

Being this close to the Sun is allowing scientists to make really interesting and new connections we wouldn’t be able to do from afar.

This will help people on Earth better prepare for disruptive space weather, such as when solar storms knock out satellite communications.

Defining the sun's atmosphere is a challenge. As an enormous ball of gas, it simply gets less and less dense the further away from the surface you look.

But away from these obvious whirls of plasma there is a superheated atmosphere comprised of solar material bound to the star by magnetic forces and gravity.

At a certain distance the pressure and heat of the star are too powerful for the other forces to keep the solar material constrained and it gets expelled away from the star, becoming the solar wind.

Using data captured by the Parker Solar Probe, scientists were able to confirm that it had passed the Alfven critical surface and entered the solar atmosphere.

The data took a few months to arrive, and then several more months to confirm.

Until its grand finale orbit in 2025, Parker will continue to get closer to the sun and dive deeper into the corona.