Of Diet, Doctors, and Denial

Of Diet, Doctors, and Denial 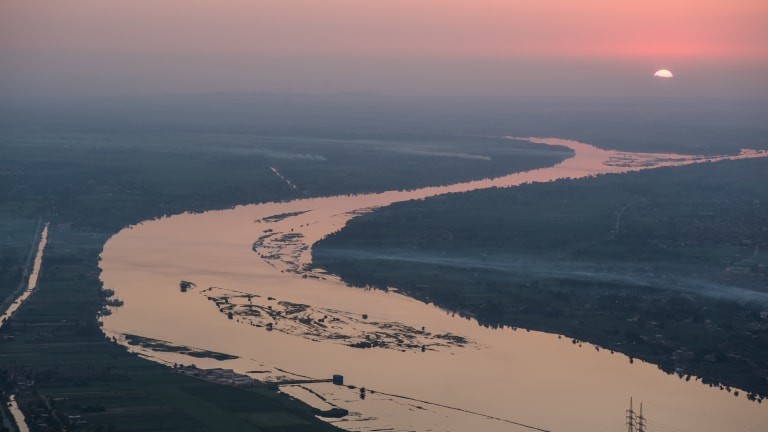 A recent survey conducted by Medscape indicates that “nutrition gets short shrift in the battle against chronic disease.”

What this means is that denial is not just a river in Egypt; it cuts a swathe right through the House of Medicine.

After all, it is the House of Medicine itself that has established poor diet quality- not hunger, not food insecurity, but the displacement of actual food by a cleverly crafted bounty of willfully addictive junk- as the single leading cause of premature death and chronic disease in the modern world. Data born to the House of Medicine attribute more than 500,000 premature deaths in the United States each year to that same, sad diet. Venerable residents of this House have declared the time to measure, and manage this preventable mayhem routinely- is now.

But despite all of that, when asked- as they recently were- physicians report paying little attention to nutrition in clinical practice, and declare it of underwhelming importance. The former is aiding and abetting the dire, dietary epidemiology noted above, and the latter is clearly a defense mechanism. When unable to address what so flagrantly matters- whether from personal hypocompetencies, competing priorities, perverse incentives of our so-called health care system, or any combination of these and others - the easy way out is to wax dismissive, and deny that it matters.

I hasten to note that while I rebuke the mass denial, I mean no offense to my individual colleagues caught up in it. Most were never taught much about nutrition, but were taught- by osmosis more than formal pedagogy- that if it’s not part of the current standard of medical practice, it just can’t be that important.  Medical practice, and the too-often sub-standard standards that justify it in any given era, is as much or more about hidebound tradition and an inculcated arrogance as about evidence. We may note that when the blood pressure cuff was invented, Medicine was dismissive and resistant to that, too. The prevailing view then, as now, was that if we weren’t already doing it yesterday, it can’t matter that much tomorrow.

We serve a noble calling in a house of many virtues; but we are, it seems, a house of luddites as well.

The evidence says, emphatically and irrefragably, that nutrition doesn’t just matter; by means of potency, prevalence, and plurality of effects- it matters most. Where, then, the famous devotion to evidence among responses to that recent survey? Subordinate to the self-preservation of denial, apparently.

So again, meaning no offense to the survey respondents and all the others they represent, who are in some ways the victims of forces much larger than themselves- I denounce the conclusions of this survey. The reality is that nothing in all of medical practice rivals the importance and impact of nutrition, nor should this come as any surprise. Food is the source- the only source- of construction materials for the growth and renewal of every bodily component from enzyme to organ-system. Food is the fuel for every vital function from respiration to reverie, reflex to reflection. Reflect on that, and try to find a machine- any machine- for which neither construction materials nor choice of fuel makes any difference. Come up with one, and I will give up my day job and become a hula dancer.

Of course, nutrition matters. In every patient. A lot.

The survey results thus tell us not what is true about nutrition, but about the resistance that must be overcome to secure it the clinical attention it has long warranted.

Yes, of course, nutrition education must be improved for physicians. But in medicine, the primacy of “see one, do one, teach one” requires that trainees not merely be taught nutrition while invited to ‘see’ their mentors ignore it. Contemporaneous with a whole new set of requirements and programming to make nutrition education a robust element in the training of all health professionals- the welcome advance of culinary medicine in the vanguard of these- we need mandates from the relevant credentialing bodies for immediate attention to nutrition by those already in practice.

Nor is this enough, since those already in practice mostly lack competence to address this crucial domain. To get at that, we need the availability of several resources- from referral pathways involving dietitians and other suitable nutrition experts, to the use of digital therapeutics and apps, to accommodating payment models. What gets done in medicine is often bounded by what gets covered, creating a potentially pernicious closed loop: nutrition is neglected, and thus not associated with good outcomes. Lack of outcomes leads to lack of coverage, which in turn favors ongoing neglect.

There are, as well, two larger issues. The first is that what we call a health care system is a disease care system, and if we are to add years to life and life to years, we must fulfill the implications of the former. We need a system addressing health at its origins as well as disease once it ensues, and that constitutes a revolution of both practice, and payment. The best way to predict a better future is to create it, and we might begin the journey of incremental reforms that would, in the end, be revolutionary.   The second is that dietary intake patterns favor health where culture makes eating well normal- most notably the Blue Zones; ultimately, the medical implications of food are a cultural imperative, more than a clinical one. But someone must lead the effort to reform a food culture gone bad, and health professionals belong at the edge of the sword that severs this knot.

Some of these will take time, and we don’t have time when poor diet quality is already killing more than half a million of us prematurely every year. What can we do right now? We can recognize and replicate established best practices, such as culinary medicine. We can make diet quality a vital sign, and integrate it into every medical record as a cue to action. We can take full advantage of digitization to extend the clinical reach well beyond the clinic.  We can honor the advantages of team care, telemedicine, and group visits. We have miles to go before we put this matter to sleep- so what we can do now is start moving in the right direction.

Nutrition matters, of course, in every patient- and should be measured, and managed accordingly. A whole suite of cultural reforms should evolve to support this clinical emphasis. No, getting there from here will not be easy. But it is possible if we concede the need. Denial forecloses on the attempt.