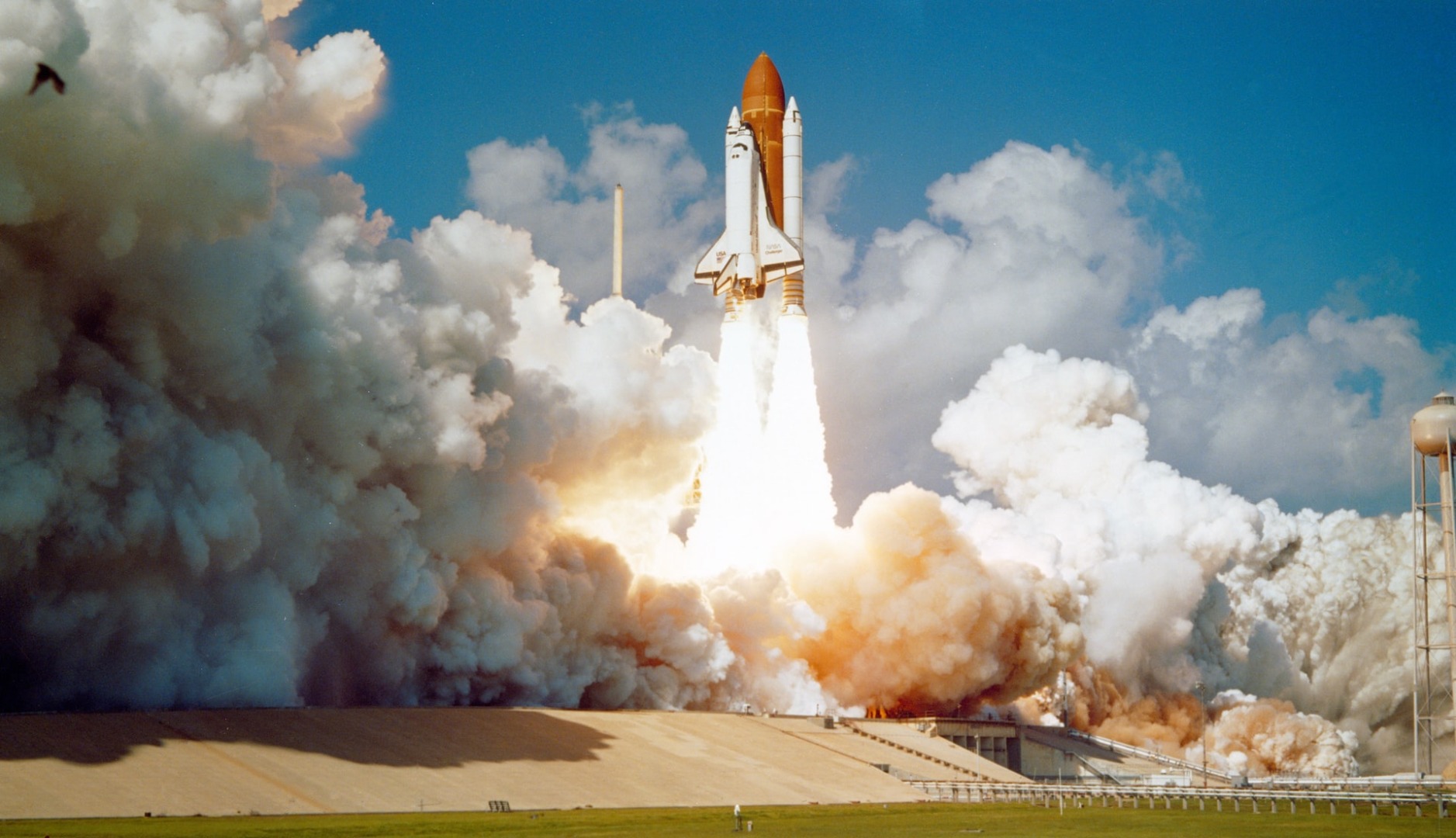 Ever wonder how rockets work or what it takes to get astronauts to the Moon or Mars?

Rocket science may be complicated, but it’s easier to understand after learning about a few basic principles at play. Getting a rocket off the ground requires a combination of maths, physics, chemistry and engineering.

Propulsion: The Heart of How Rockets Work

The core goal of rocket science is getting something off the ground using thrust from propulsion. Thrust is Newton’s third law of motion in action. It essentially creates an explosion under the rocket.

As the explosion propels itself away from the rocket, it creates an equal force in the opposite direction that pushes the craft away from the blast. This is why rockets can continue to fly after they’ve left the ground. It isn’t pushing off the Earth when it launches — it’s being pushed upward by controlled explosions in its engines.

To artificially create thrust, rocket scientists — also known as aerospace engineers — design rocket engines with chemical propulsion systems. Rockets can use solid or liquid fuel or even a combination of both. The idea is for the fuel to travel from a storage tank into a combustion chamber, where a chemical reaction creates the explosion that creates thrust. Chemistry is a big part of how rockets work!

Different types of fuel produce different amounts of propulsion. An oxidising agent is also necessary to spark the combustion that creates thrust. Different stages of modern multi-stage rockets will typically use different types of fuel. For example, NASA’s latest rocket — the Space Launch System —  uses aluminium powder solid fuel for its first-stage booster engines with ammonium perchlorate for the oxidiser. The main engines use liquid hydrogen and oxygen.

What about when the rocket gets into space? The same rules of thrust still apply in microgravity. In fact, thrust can be even trickier in space. Without Earth’s gravity — which universally pulls everything toward Earth’s centre — any amount of force can drastically affect a rocket’s motion. In microgravity, there is no air resistance or friction, either. So, propulsion in zero-g needs to be extremely fine-tuned. The huge explosions that got the rocket to orbit won’t cut it anymore.

Parts of a Multi-Stage Rocket

The parts of any rocket face extreme conditions at both ends of the spectrum. First, they are exposed to intense heat, vibrations and g-force during launch. Then they are thrust into near absolute-zero temperatures in space, where the rocket is also exposed to high amounts of radiation from the Sun. Aerospace engineers must use specialised testing equipment and incredibly durable materials to ensure the craft can survive under these conditions. Only part of it has to make it to space, though.

The modern rockets that have been popular since NASA’s Gemini programme are multi-stage rockets. The launch system breaks into multiple parts that eject from one another during the launch. Only the topmost segment of the rocket actually goes to space. Launch systems have changed drastically over the centuries, but the multi-stage vertical ascent rocket has proven the most effective model.

How rockets work with a multi-stage configuration is simple — reduce weight to conserve fuel. One of the basic principles of rocket science is the heavier something is, the harder it is to launch. Heavier craft require more thrust and more fuel to get off the ground. Multi-stage rockets minimise the rocket's weight by ejecting fuel tanks once empty.

While multi-stage rockets have changed a lot over the decades, there are always a few common parts. At the very top of the rocket is the crew module or payload — the piece that needs to get to space, whether low-Earth orbit or beyond to the Moon or Mars. The crew module or payload always has a launch abort system connected to it, typically right above it. Hopefully, this part of the rocket won’t be necessary, but it can save the crew’s life in a launch emergency.

Below the crew module or payload is typically a service module, including an engine for the payload or crew modules. This stage will go with the crew or payload module into space.

The largest parts of a multi-stage rocket are the fuel tanks that get the spacecraft into orbit. The number of fuel tanks necessary depends on the size of the payload or spacecraft launching. For example, NASA’s Saturn V rocket — which it used for the Apollo Moon missions — had three main-stage propellant tanks. The space shuttle had a built-in main engine, an external fuel tank and two solid-fuel booster engines.

As each fuel tank empties during launch, they eject from the rest of the rocket to reduce the weight and fuel needed to keep the rocket moving. The spent fuel tanks for the Apollo missions would burn up in the atmosphere or splash down in the ocean. Today’s rockets have reusable boosters that teams recover after launch.

Escape Velocity: The Problem of Gravity

Three stages of fuel tanks sounds like a lot for one small crew capsule or a satellite. Gravity is the reason all this propulsion is necessary — Earth’s gravity works really hard to pull things toward its centre. Getting a rocket free of that gravitational pull takes massive amounts of force. Rockets literally fight gravity!

To break free into orbit, rockets need to reach a certain speed known as escape velocity — the minimum speed required to overcome Earth’s gravity. Every planetary body has an escape velocity. Earth’s escape velocity is approximately 11.2 kilometres per second or 25,000 miles per hour.

Air resistance also plays a key role in getting a rocket off the ground. Moving a craft through the atmosphere is a bit like swimming — the water pushes back at you as you try to move along. In fact, rockets need special heat shields to protect them from the heat generated by air resistance. The thicker the atmosphere is, the more thrust is necessary.

It’s much easier to launch a rocket on the Moon compared to Earth since the Moon’s gravity is only about 17% of Earth’s, creating a low escape velocity with no atmosphere. However, trying to launch a rocket on Venus would be far more complex. Venus’s gravity is similar to Earth’s, so the escape velocity would be close. However, Venus’s atmosphere is incredibly thick — atmospheric pressure crushed the few landers that made it to Venus in a matter of hours.

Launching to the Stars

Rocket science is a combination of engineering, physics, chemistry and mathematics. It takes a whole team of scientists and engineers working together to get a rocket off the ground. Learning how rockets work is not only fun but also a great way to gain an understanding of the role of science in everyday life. The same physics that propel rockets into space also power things like roller coasters, cars and even paper planes.